Children at Risk: School Shooters and Other Dangers 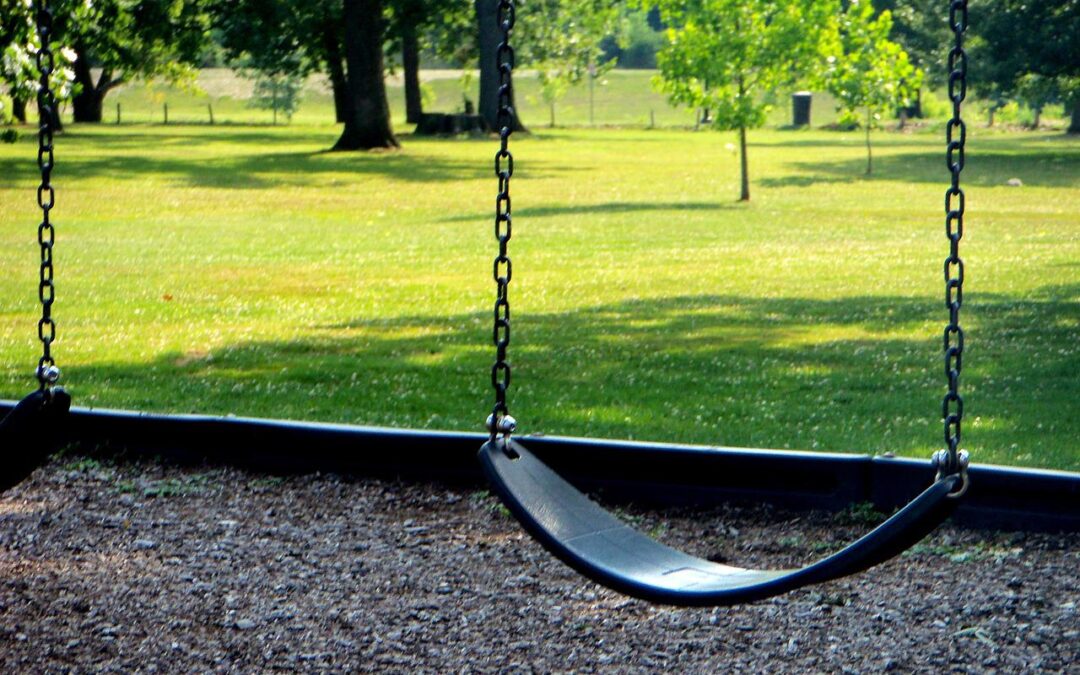 Will trans advocates use the Texas massacre as an excuse for more gender indoctrination?

All these measures make sense, but “hardening” the schools doesn’t solve everything. As several of the commentators observed, mass killers tend to choose easy targets—such as a school filled with vulnerable children. But if the schools themselves are “hardened,” the killers will likely turn their attention to more vulnerable targets: children on the way to school or children walking home from school; children in playgrounds; children in daycare centers; and even children in school buses (in Italy a few years ago, a Muslim school bus driver who was trying to make a point about Italy’s immigration policy hijacked a bus full of schoolchildren and then set it on fire with the children inside. Thanks to fast-acting police, the children escaped with only minor injuries).

About six years ago, after a string of attacks by Muslim migrants against concert halls, churches, synagogues, Jewish shops, and Christmas markets in France, Mark Steyn observed that it would make more sense to build a single fence around the nation’s border than to build a fence around every church, synagogue, shop, and Christmas market in France.

The sources of the madness are dysfunctional families, a dysfunctional entertainment industry, a compromised medical establishment, and ideologically-driven government officials.

The educational establishment itself is a large source of the madness. This is not to blame individual schools or individual teachers, many of whom are doing their best to provide a stable learning environment for children. But schools of education, teachers’ unions, educational publishers, and school boards do bear much of the blame for foisting unhinged and unhealthy experiments on children.

In her book Irreversible Damage, Abigail Shrier says that teens in America, Britain, and Canada are in the midst of a mental health crisis: rates of depression, suicide, and self-harm (cutting, anorexia) have skyrocketed. The worst hit are teen and preteen (ages 10-14) girls. And the main culprit seems to be confusion over gender identity. “Gender dysphoria” used to be a rare condition and it mainly affected boys. Now it has become something of a craze and the majority who identify as “transgender” are adolescent girls. But the transgender phenomenon is not merely a case of mentally identifying as the opposite sex; for many, it involves submitting to hormone injections (testosterone) and seeking “top surgery” (double mastectomy).

The title of Shrier’s book, “Irreversible Damage,” is not an exaggeration, and the “damage” is not only physical but also psychological. Many of the young women Shrier interviewed had profound regrets over the choice they had made to transition.

The trans phenomenon didn’t start in the schools (it’s largely a creation of social media), but the schools legitimized it, reinforced it, and made it a part of the curriculum. The conditioning begins at an early age. Kindergarten children are introduced to the “Genderbread Person,” and by the time they are in middle school, students are presented with an “Imagining a Different Gender Activity” and other activities designed to make them question their gender.

This has been going on for many years, but parents are just beginning to find out about it. Why is that? Quite simply because the schools don’t want the parents to know. According to Shrier, in 2019 the California Teachers’ Association approved a proposal to “allow trans-identified minor students to leave campus during school hours to obtain gender hormone treatments without parental permission.”

In her talks with administrators and educational activists, Shrier found an attitude of condescension toward parents. “Many of today’s educators,” she writes, “regard the gender and sexual identity education kids receive from their parents as hopelessly inadequate.” Too many educators are sure that they understand children, and they seem equally sure that parents do not. What’s more, they feel that they have the right to impose their “enlightened” values on youngsters.

Many educators are, in effect, indoctrinating children to reject their parents’ beliefs about sex and sexual identity. But they don’t look upon it as indoctrination. Rather, they believe they are simply helping the child to draw out his or her potentials.

Although educators may bemoan the “old-fashioned” attitudes of parents, many of them seem stuck with dated notions about psychology that were popular in the 1960s and 70s. Among the many simplistic ideas that were pedaled by the Human Potential Movement in those days was the belief that each person has “infinite potentials” and that children are endowed with an “inner wisdom”—a wisdom that is often not appreciated by parents and society. But not to worry: this inner wisdom, it was believed, can be drawn out by caring counselors, therapists, and teachers.

An example of this mindset can be found in Who Are You? The Kid’s Guide to Gender Identity—a book that the California Board of Education provides to kindergarten teachers to read to their students. A typical passage informs students, “You are who you say you are, because YOU know best.”

This, of course, is a formula for driving a wedge between parent and child: the implicit message is that when your parents don’t agree with you, you don’t have to listen to them. On the other hand, you can trust your teacher, because he or she wants you to be whatever you want to be. This approach flatters the child’s ego, and it is also appealing to teachers because it puts them in the role of rescuer. More specifically, the child must be protected from those who would inhibit their potential—namely, parents and society.

The desire to be a rescuer is, of course, an admirable one, but too many teachers fail to realize that the average child is more in need of being rescued from educational ideologues than from their parents.

The child must also be protected from bullies who pick on boys and girls that are different. Not every parent knows what gender dysphoria is, but every parent knows what a bully is. So, when gender identity education is presented in the guise of an anti-bullying program, parents tend not to object. Indeed, Shrier contends that bullying is used as the main pretext for introducing gender identity education into schools.

Shrier agrees that bullying is a major problem in schools, but the proper response, she says, is to punish the bully (severely, if necessary) for any type of bullying. By contrast, the educational gender-benders want the bully (and every other student) to learn to identify with the student who doesn’t conform to gender expectations.

This doesn’t mean that the bully should learn to identify with the experience of being bullied (“How would you like it if some bigger kid started picking on you?”). Rather, it means that the bully (and every other student) must learn to question his own gender identity, must engage in activities that ask him to imagine that he might be the opposite sex, and, in general, to submit to the doctrine that transgenderism is a normal and healthy option—something to be celebrated.

This brings us back to the trauma of the school shooting in Uvalde. It turns out that the 18-year-old killer was himself bullied at school. According to classmates, he was bullied because of his clothes, because of a lisp, and because his family was poor. One classmate recounted that the boy was once subjected to homophobic slurs after posting a picture of himself wearing eyeliner.

You don’t have to be a Nostradamus to predict what happens next. It probably won’t be long before the usual suspects seize on the school shooting in Texas as a pretext for doubling down on the need for more expansive gender-identity indoctrination. They will argue that if only the shooter had not been subjected to “transphobic” bullying, the massacre would never have happened. And they will call for more measures to ensure that they, and not parents, will have the final say about raising children.

It would be ironic if the shooting was exploited in order to increase the power of the crackpots who already have too much power over children. Increasingly, we hear that school shootings are a mental health issue. But it’s beginning to look like schools are creating more mental health problems than they are solving. I don’t doubt that individual teachers and counselors can and do help students resolve problems. But a case can be made that many school programs and policies now in effect only serve to confuse and disorient children.

In revisionist history classes, students learn that communism is preferable to the free market system. In critical race theory units, they learn that American history is a history of white supremacy, and that America was built on slavery. White students, moreover, learn that they are inherently racist. In literature class, students read lesbian poetry and stories of oppressed blacks and Indians. In sex education classes, they learn that sex is primarily a recreational activity, but, as in sports, one should wear the proper protective gear. Meanwhile, the school nurse will be happy to explain how girls can obtain birth control pills without their parents’ knowledge. And then, there is gender education. Even if there were no gender identity exercises to help children find the right fit, the ubiquitous rainbow banners and pride posters in school buildings will leave them in no doubt about what is expected of them.

But gender fluidity exercises do exist and so do gender curriculums. The gender “experts” can’t leave anything to chance. That’s because much of what they teach is obviously counter-factual: that boys can become girls, that girls can become boys, that there are numerous other genders to choose from, that men can become pregnant, and so forth.

The main lesson that is taught is that wishing makes it so. But wishing doesn’t make it so. And so, it is almost inevitable that boys and girls who follow this path will end up frustrated and discouraged. It’s no wonder that in recent years we’ve seen a spike in depression, suicide, drug use, and self-harm among adolescents. It’s not surprising because these reality -denying programs seem engineered to produce just those results.

We known that the puberty-blocking hormones that are administered to young trans people can have damaging physical effects. They can result in heart damage, seizures, osteoporosis, and even sterility. It’s more difficult to gauge the damage to the soul that results from transitioning, but judging by the extraordinarily high rate of suicide among transgenders, it must be profound.

Every so often, the nation is shocked awake by a senseless school shooting. But these horrifying events should not cause us to forget that on every school day, children across the nation are being subjected to slow-motion soul-murder by educators who, though often well-meaning, are thoroughly misguided.

This article originally appeared in the May 31, 2022 edition of FrontPage.