What Happens if Francis Resigns? 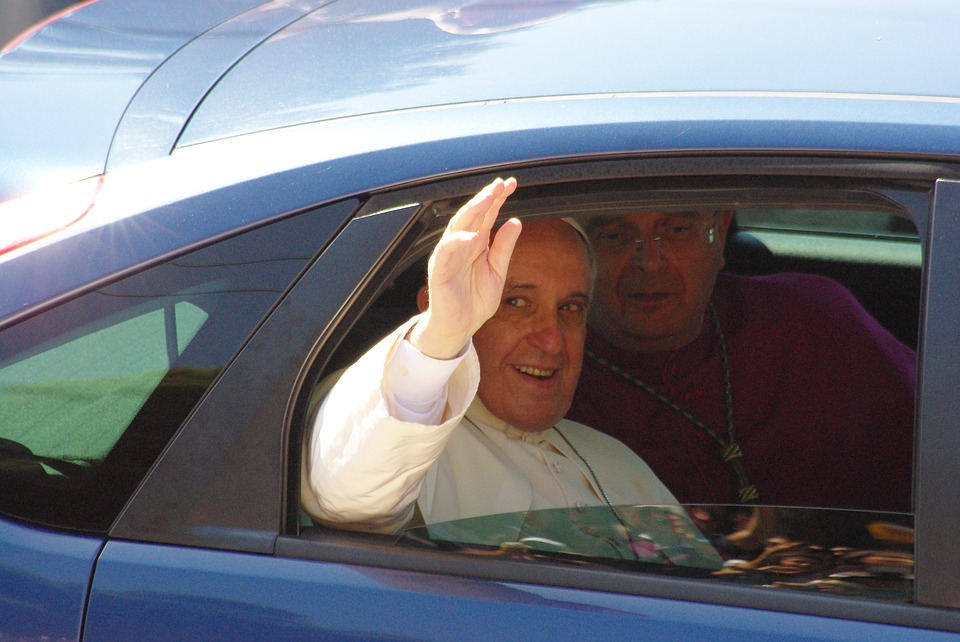 Note: The pope’s appointment of controversial Cardinal Kevin Farrell as the new camerlengo – the man responsible for administering the Vatican in the event of the pope’s death or resignation – raises questions about the future of the Church once Francis is no longer pope. The following article discusses some of the possibilities.

After providing evidence for the existence of widespread corruption in the hierarchy – corruption that, he claims, Pope Francis knew about and enabled – Archbishop Carlo Maria Viganò called on Pope Francis to resign:  “He must acknowledge his mistake and. . .must be the first to set a good example for cardinals and bishops who covered up McCarrick’s abuses and resign along with all of them.”

Without getting into the thorny question of whether or not popes should resign, it’s worth considering some of the scenarios if Francis did choose to resign.  At this point, it seems unlikely that he will, but if more revelations accumulate he might change his mind.

If Pope Francis did resign, much would depend on the manner of his resignation.  The reasons he gives for resigning will help determine the direction that the Church takes after he steps down.  If the pontiff fails to “acknowledge his mistake,” and simply claims age and failing health as an excuse, then there will be no resolution and no indication that the next pope should take the Church in a different direction.

Francis could also choose to continue to present himself as a victim of the “Great Accuser.” Like Christ before Pilate, he will make no answer to his accusers. But in order to lift the cloud of doubt raised by “reckless” accusations, he will consent to step aside for the good of the Church.  In short, Francis might decide to present himself as a martyr for the Church, thus likely ensuring that the man elected to succeed him will be someone who will carry on the “martyr’s” mission.

Or suppose, on the other hand, that the pope does admit his errors, and has a complete conversion of heart of the type that Viganò is calling for.  He then steps down on the grounds that he is unworthy to lead the Church.

Problem solved?  Not quite.  This is an improvement over the other two scenarios, but it still leaves unresolved the question of what kind of person would succeed Francis as pope.

This is why Viganò calls not only for the pope’s resignation, but also for the resignation of “all of them” – that is, all the “cardinals and bishops who covered up Mc Carrick’s abuses.”  It’s not clear whether he is referring only to American bishops and cardinals or whether he also includes “a network of bishops promoting homosexuality who, exploiting their favor with Pope Francis, manipulated episcopal appointments so as to protect themselves from justice and to strengthen the homosexual network in the hierarchy.” [Viganò’s third testimony].  That “network of bishops” would include a number of Latin American and European bishops and cardinals several of whom are named in his first testimony.

The reason that the resignation of the pope alone is not sufficient to bring about reform is that, as things stand now, the election of the next pope will be largely in the hands of cardinals created by Francis. Of the cardinal electors, 59 have been appointed by Francis, 47 by Pope Benedict XVI and 19 by Pope John Paul II.  And those appointed by Benedict and John Paul are quite probably near the cut-off age for voting.

Moreover, if Fr. James Martin is to be believed, Pope Francis has purposely “appointed gay-friendly bishops and archbishops and cardinals.”   Like Special Counsel Robert Mueller, Pope Francis seems to choose his “team” with an eye toward ideological conformity.

The presence of so many Francis appointees in the College of Cardinals puts a crimp in another scenario. Some Catholics who have given up on the hope that Francis will seriously tackle the abuse crisis, think that all that is necessary is to wait him out.  They reason that he is getting along in years, and is unlikely to reign much longer.  But this too ignores the fact that Francis has already stacked the College of Cardinals with prelates who are made in his own image, and who are therefore likely to elect someone like him.

Of course, that’s not inevitable.  Pope Francis is not the most liberal Catholic prelate in the world, but he leans further to the left than most.  Many, if not most, of the cardinals Francis has appointed are in all probability more moderate than he is.  And while they might be reluctant to speak their minds in public about whatever dissatisfactions they may have, they will be less afraid to express themselves in a secret ballot.

Still, one shouldn’t bet too heavily that enough cardinals will do the right thing at the next conclave without a good deal of prompting.  One particularly powerful prompt is the threat of removal from office.  Although resignations are not in the power of the laity to demand, the laity should make it clear that, in some cases, resignations are what they expect.

Forced resignations are not the only solution to the abuse crisis, but they are a key part of the solution.  Justice must be seen to be done.  And removal from office provides a visible sign that something is being done.  Justice demands that scandalous behavior should be met with serious public consequences. Requiring offenders to step down would clearly show that the Church understands the gravity of the crimes and is taking concrete action.  Two dozen key resignations accompanied by penance would do more to clear the air than 200 hours of conferences or 2,000 pages of documents.

Without removal from office or even – as some have suggested – excommunication, talk of reform and adoption of new protocols will strike many as nothing but window dressing.  If badly compromised cardinals and bishops remain on the scene, it will be taken as a signal that no real reform is intended.

Forced resignations are the most efficient and permanent way of removing some very bad actors from powerful positions.  An added and obvious benefit is that it also removes their ability to vote in the next conclave.

This article originally appeared in the February 16, 2019 edition of The Catholic Thing under the title, “If Francis Should Resign, What Then?”