The Light that Shines in the Darkness 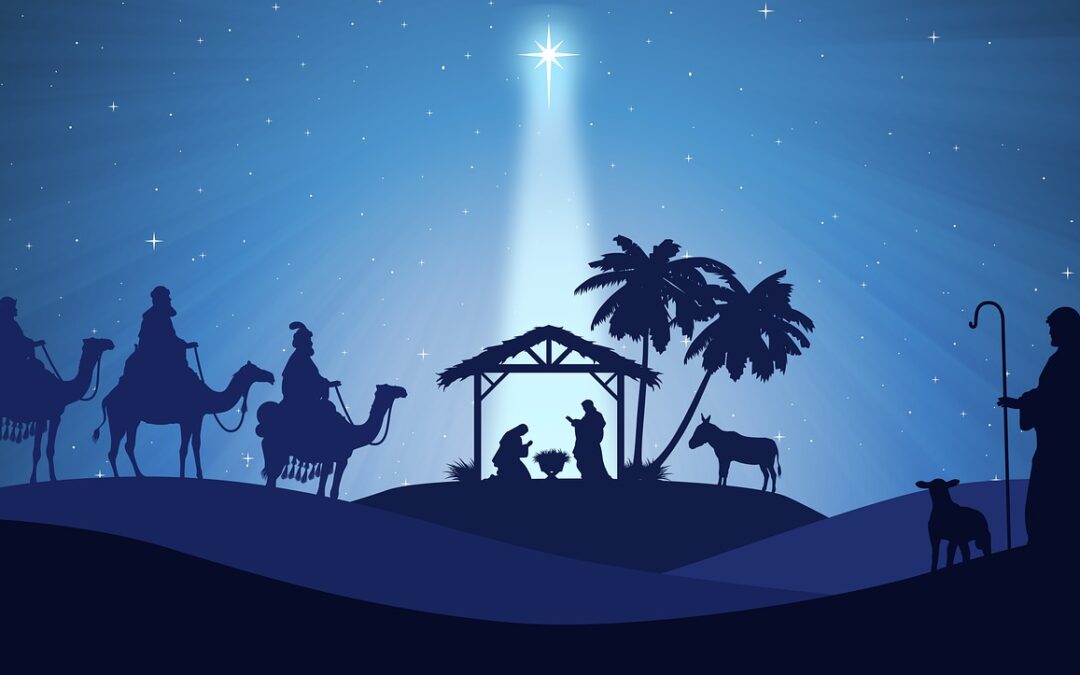 How Christmas gives meaning to life.

In 2004, shortly before he became Pope Benedict XVI, Cardinal Joseph Ratzinger made a similar observation about the future of Europe:

“There is a strange lack of desire for a future.  Children, who are the future, are seen as a threat for the present; the idea is that they take something away from our life.  They are not felt as a hope, but rather as a limitation of the present.”

As Europeans lost faith in Christianity, they also lost the rationale for having children.  If life is mainly about self-actualization and acquiring enough money to be independent in old age, then children certainly can be a limitation.  The responsibilities involved in raising children mean that you won’t be able to do many of the things you dreamed of doing.  It means that self-fulfillment has to give way to self-sacrifice.

But judging by the falling birth rates in the U.S., and other Western countries, fewer and fewer are willing to make the sacrifice of having children.  Avoiding the “burden” of children, however, doesn’t seem to result in the promised land of self-fulfillment.  On the contrary, suicides are up and so are sales of anti-depressants.   Moreover, a plague of loneliness seems to have settled over the U.S.  In 1960, 87 % of adults lived with a spouse; in 2021 the number had fallen to 50 %.  Meanwhile, the nuclear family—once the chief institution in which people found companionship and purpose—has fallen on hard times.  New census data shows that only 18 % of American homes include married parents with children—down from 40 % in 1970.

Just as the breakdown of marriage and family doesn’t bode well for the health of the individual, it doesn’t bode well for the health of society.  Childless individuals tend to have less of a stake in the future.  They don’t have to worry about the kind of world their children or grandchildren will live in.  They are more inclined to adopt an attitude of “après moi, who cares.”  Why should they care, for instance, that the birth rate in Islamic countries far outpaces the Western birth rate?

One good reason to care comes to us every Christmas season.  Christianity starts with a young mother’s pregnancy and the birth of a special child.  The Christmas story reminds us of the supreme significance of childbirth and of the simple fact that without children there is no future.

But so, one might argue, does Islam.  Muslims take the injunction to “be fruitful and multiply” quite seriously.  Indeed, they seem to take it quite a bit more seriously than do most Christians.

There is a difference, however; Christianity brought with it an attitude of respect for women and children that had been missing in much of the ancient world, and that was nearly absent in Islam. It elevated the status of mother and child well above the existing standard, as well as the standard that was to be established under Islam.

Of course, children were valued in Islam, as in all of the ancient world, for the very practical reason that they provided a form of old-age insurance.  They would provide for parents when parents could no longer provide for themselves.  And Islam, perhaps more than most societies, valued children for another reason—as future warriors for their God, Allah.  Fighting and dying for Allah was and is very close to the heart of Islam.

About nine years ago, Daniel Greenfield wrote an insightful essay which explains a great deal about the religion of Islam and the secondary place it assigns to women and children.  The piece is entitled “The Gang Religion of Islam.”

Islam, says Greenfield, started off as a gang of raiders who turned into a band of warriors.  About two-thirds of Ibn Ishaq’s The Life of Muhammad is taken up with fighting:  preparation for raids or battles, descriptions of raids or battles, division of spoils after battles, and memorialization of warriors killed in battles.  The gang had a code which “invested their actions with meaning” and “kept order in their ranks.”  The code was based on the teachings of Muhammad who taught that Allah was the supreme God.  Allah commanded his followers to fight against his enemies—that is, non-believers—until there was no other religion but Islam.  Strange as it may seem, there is not much more to Islam than that.  As Greenfield puts it, “If Islam stands for anything, it’s killing non-Muslims” (and also Muslims who do not adhere to the correct form of Islam.)

How about women?  As in the urban street gangs of today, women don’t figure prominently in the “gang religion:”

“[The gang] finds meaning in the ethos of the fight and in the comradeship of fellow gang members.  That is why jihad is so central to Islam.  It is why women occupy such an inferior position.  Jihad is the gang culture of Islam.  Its bonding rituals are central to Islam whose original elements derive mainly from the raids of Muhammed and his companions against the more civilized peoples of the region.”

Former Muslim Nonie Darwish makes a similar observation.  “In Islam, after believing in Allah,” she writes, “the number one priority for a Muslim believer is not family; it is jihad.”  Consequently, “a man who is devoted to his wife and children in a monogamous marriage is a threat to jihad.”

Women in Islam have to play second fiddle to jihad lest they disrupt the comradeship of the warrior gang.  They also play second fiddle to the 72 brides that supposedly await the jihadist in paradise.  The “other women” in their husband’s lives are the six dozen perfectly-formed and eternally-youthful “dark-eyed” virgins. As described in the Koran, paradise seems to have been designed almost exclusively for men. Each man has his own private harem populated with women who seem to have been created solely for the purpose of serving him. One assumes that earthly wives are considered unworthy of the honor.

In the gang culture of Islam, children, likewise, are less likely to be viewed as individuals, and more likely to be viewed in a utilitarian way as future soldiers of Allah.  Sometimes they are sacrificed to the jihad while they are still young.  In Palestine, for instance, youngsters are indoctrinated from a very early age to believe that the most meaningful thing they can do with their lives is to kill Jews for the sake of Allah.  They are taught this in schools, summer camps, and on children’s television.  In Gaza, missile sites are often situated in schools so that Israelis, who place a higher value on the lives of children, won’t bomb them (i.e., the missile sites). If children get killed, they can always be used for propaganda purposes.

In Christianity, however, all these priorities get reversed.  Jesus tells his followers that unless they become as little children, they won’t enter the Kingdom of Heaven.  Due in large part to the Christmas narrative in the Gospel of Luke, women and children in Christian societies are not simply valued for their utility, they are reverenced as children of God.  Indeed, the Incarnation elevated the value of everyone—men and women alike.

As I wrote elsewhere:

“Christmas is a celebration of that moment of enlightenment when the full value of human life became apparent… The Incarnation revealed God to man, but also, as St. John Paul II observed, it revealed man to himself.  The birth of Christ revealed that the worth of men and women was far greater than anything that had hitherto been presumed.”

If what Christians believe is true—that during the reign of Augustus Caesar, God became one of us—then everything must be seen in a whole new light.  That he entered the world not as a full grown individual but as a member of a family ought to give us second thoughts about the current devaluation of family and the current threat to children from abortionists, sex-educators, transgender fanatics, and other assorted pied pipers of our age.

Not surprisingly, the leftist forces in the West have formed a tacit alliance with radical Islam—a partnership which is frequently referred to as the “red-green alliance.”  The alliance is not surprising because both leftists and Islamists share similar attitudes toward family life and toward life itself.

In both cases, human life has little intrinsic value.  In Islam, humans are meant to serve the jihad, while Western leftists expect humans to serve the state (or “the revolution” in places where they do not yet control the state).

Accordingly, children are indoctrinated to transfer their loyalty from their family to the jihad (in the case of Islam) or from their family to the secular state (in the case of leftists.)  In the Christian view, however, love and loyalty to God is not to the exclusion of family loyalty.  Indeed. God prizes family so much that he became a member of a human family.  Those on the left may talk about human dignity, but their enthusiasm for abortion, euthanasia, pornography and casual sex suggests that it is all talk.  Like many Muslims, they feel contempt and hatred for whole classes of human beings.  Muslims are enjoined by Allah to hate unbelievers.  Leftists are enjoined by their leaders to hate the unvaxxed—as well as pro-lifers, home-schoolers, orthodox Christians and Jews, and anyone who fails to conform to their “woke” ideology.

According to Christian belief, the remedy to all this hatred is to be found in the birth of the Savior.  And the only sure foundation for human dignity resides in the fact that he became one of us.  In the words of “O Holy Night,” the night of Christ’s birth was the night that “the soul felt it’s worth.”  It was at that point in history that the full meaning of human dignity was revealed.  In place of Islam’s low estimate of human life and in place of the secular left’s view of us as cogs in a social machine, Christianity offers the “Wondrous Babe of Light”—at once, both fully human and fully divine.

This article originally appeared in the December 25th edition of FrontPage magazine.