The Current Chaos: Incompetence or By Design? 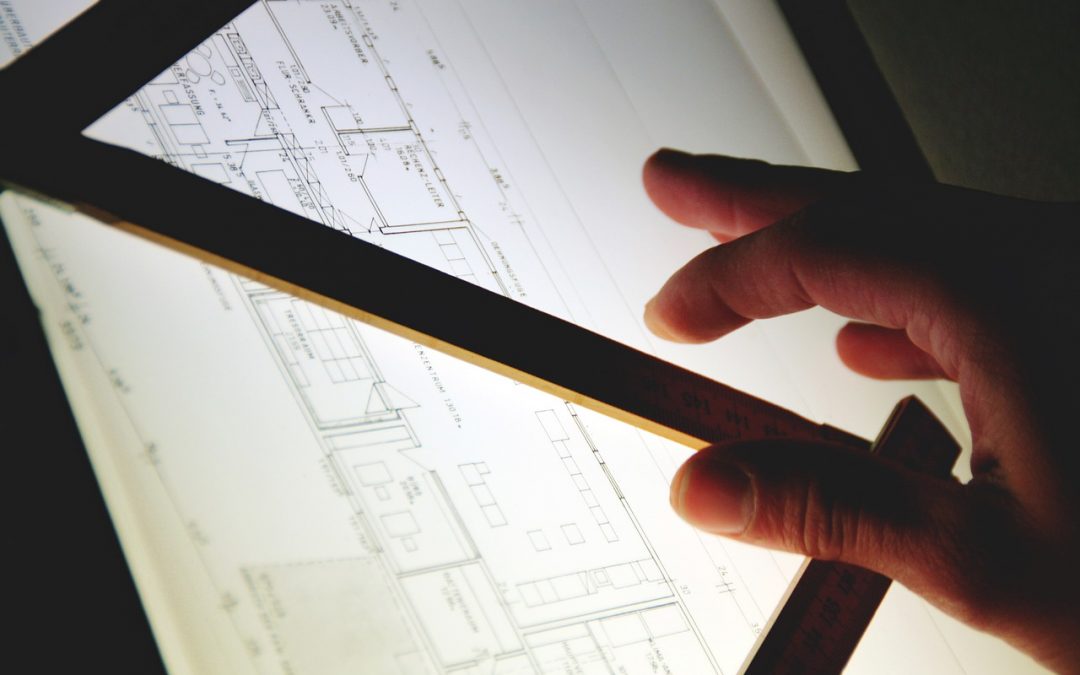 A reflection on deliberate destruction.

In a 2015 piece, I suggested that the chaos resulting from President Obama’s destructive policies was deliberate. I wrote that Obama and his advisors wanted to weaken America’s global position, wanted to encourage racial division, and wanted to overload the immigration system.

But how about Joe Biden?  Biden not only revived many of Obama’s initiatives, he added dozens more.  Biden has wreaked more destruction in eight months than Obama could manage in eight years.

Once again, however, we must ask if this destruction is deliberate.  Perhaps, as many suggest, the recent rapid descent of America is the result of incompetence rather than careful deliberation.  Because of his cognitive difficulties, it now appears that Biden is simply not up to the job.  Moreover, many of his appointees also seem incompetent.  Pete Buttigieg doesn’t seem to be up to the job of Transportation Secretary, Lloyd Austin doesn’t inspire much confidence as Secretary of Defense, and Merrick Garland seems better suited to the office of Chief Inquisitor than to the office of Attorney General.  And so on down the line.  Most of Biden’s appointments seem to have been selected for reasons of ideology rather than competence.  To top it off, should Biden be removed for incompetence, he will be replaced by a woman who seems to be the most incompetent vice president of all time.

On the other hand, by the laws of probability, Biden’s advisors and appointees can’t all be incompetent.  After all, many of them are retreads from the Obama administration.  And Obama, according to some, was just about the smartest president to ever occupy the White House.

Besides, you don’t need a high IQ to recognize that some policies are just plain dumb.  Currently, we are experiencing high inflation due in part to a disruption in the “supply chain.”  But supply and demand is a fairly simple concept.  You don’t need a Ph.D. in economics to understand the basics.  If you cancel pipelines and cut back on coal and oil production—as Biden has done—the price of gas at the pump will go up.  Either Biden and Buttigieg don’t understand that, or else they don’t care about the financial strain on average Americans.  Perhaps their refined nostrils are offended by the smell of gasoline engines.  In the 18th century, the elites said “Let them eat cake;” now they say, “Let them drive electric cars.”

There is, undoubtedly, a great deal of incompetence in the Biden administration, but not enough to account for the escalating damage to America.  For one thing, it’s not just the administration that has imposed a totalitarian order on the American people; Our new set of rulers also includes the media, corporations, academics, medical professionals, school boards, and state and local governments.  In addition, the new totalitarianism is not confined to America; it’s spreading to once-democratic nations all over the world.

Moreover, the destructive new woke order is simply too comprehensive and too interconnected to be considered the result of random chance or sheer incompetence.  One is reminded of the “watchmaker” argument for the existence of God.  When you examine a watch with all its intricate complexity, you understand immediately that it couldn’t have come into existence by accident.  Someone must have designed it.

A similar argument can be made when the mechanisms of society suddenly stall and reverse in so many places simultaneously.  It seems to have been consciously designed. The system is not running the way you would like, but from a certain point of view it’s working just fine.

It’s difficult to know where to start when describing the system we now live under because there are so many wheels within wheels, so many interlocking parts.

But the education system is certainly one of the most essential components of the overall system.  It began its transition from serving the interests of parents to serving the interests of the left about 60 years ago.  We’ve just recently learned about Critical Race Theory indoctrination in the schools, but the schools have been indoctrinating students in leftist causes for decades. The kids were being exposed to distorted views of sex, family, society, and history long before the Internet was invented. For years, two of the most widely used American history textbooks were ones written by a Marxist who described himself as “something of an anarchist, something of a socialist.”

Having gone through this K-to- graduate school indoctrination system, American citizens—many of them at least—see no problem with whatever left-wing argument or initiative is being pushed on them.

In the last few years, the American populace has been subject to the biggest gaslighting campaign since Hitler and Goebbels tried to convince the German people that they were the master race.  The term “gaslighting,” by the way, comes from Gaslight, a 1944 film in which smooth-talking Charles Boyer almost convinces Ingrid Bergman that she is going crazy.  He tells her that she is seeing things and hearing things that aren’t there (but they really are).  You can understand how Bergman’s character must have felt if, back in last October, you tried to convince a liberal friend that Hunter Biden’s laptop was a real story, only to be soothingly reassured that you were seeing things, and that maybe you should see a doctor.

What may turn out to be the biggest gaslighting story of all, however, is the corona virus epidemic.  Fear of COVID-19 is being used to scare the public into submission to unnecessary and even harmful government mandates and edicts.  Thus, the propaganda surrounding the virus and the vaccines has become a useful tool in what seems to be a scheme to force people to yield up their civil liberties.

There is growing evidence, for example, that COVID death numbers have been greatly exaggerated both here and abroad.

In the Spring of 2020, Dr. Deborah Birx, the White House Coronavirus Response Coordinator, admitted that the government was classifying all deaths of patients with the virus as COVID-19 deaths regardless of cause.

In July of 2020, both Admiral Brett Giroir, the Assistant Secretary for Health, and Dr. Robert Redfield, Director of the CDC, acknowledged that COVID death statistics were inflated.

In December 2020, the Brookings Institute published a study that showed that due to media distortion, “the average American dramatically overestimates the share of COVID-19 deaths from people aged 24 and under, putting it around 8% when in fact it was 0.1%.”

In June of 2021, a Lisbon court ruled that the number of verified deaths from COVID-19 in Portugal during a fifteen-month period was only 152 not the 17,000 claimed by government ministries.

A Recent article in Il Tempo, reports that the Higher Institute of Health has revised the number of deaths in Italy due to COVID since February, 2020 from 130,468 to 3,783.

In Grand County, Colorado on Thanksgiving Day, 2020, a man shot his wife in the head, then killed himself.  The next day, the homicide-suicide showed up on the state website as Covid deaths.

When it comes to the pandemic, it’s difficult to separate the facts from the gaslighting. Definitions and explanations change on an almost weekly basis.  It’s difficult to get reliable figures on vaccine efficacy, and even more difficult to get accurate information on adverse side effects.  Meanwhile, alternative treatments such as Ivermectin and hydroxychloroquine have been subject to a smear campaign by the media.

There are, of course, some who believe that the pandemic was deliberately created by sinister forces for the purpose of controlling the masses and making them more obedient to authorities.

That’s difficult to prove.  After all, the sinister, wealthy people who are suspected of the crime would have ways of hiding their tracks.  However, the claim does bring us back to the question of whether or not the current chaos is the result of incompetence or of planning.

Of the many crises that currently face us, one has almost certainly been planned.  There may be a few naïve souls who believe that the southern border crisis just happened to have happened, but most realize that it happened because Biden and other top Democrats made it happen.  They wanted to open the border because they calculated that today’s illegal migrants would become tomorrow’s Democratic voters.

What evidence is there of premeditation?  Well, there’s the fact that during the campaign, Biden invited illegal migrants on several occasions to come to the U.S. And when the migrants came, many of them thanked the president for the invitation.  One of Biden’s first actions as president was to halt construction of the border wall, and as thousands upon thousands of illegals crossed into the U.S., he did nothing to stop them.  In fact, he did everything to facilitate their arrival. Waiting charter buses brought migrants to hotels and other accommodations in Southwest Texas.  And secret nighttime charter flights flew them to cities across the U.S. To all appearances, the flooding of the border was quite purposeful.  It presented the American people with a fait accompli that would be exceedingly difficult to undo.

In addition, the administration correctly assumed that many in the media would give the border story minimal coverage, together with a positive spin.  The interlocking cooperation of government, media, corporations, non-profits, and so forth, is all the more reason to think that many of our problems are well-planned problems.

However, that doesn’t rule out incompetence as a factor.  Whoever is pulling the strings probably doesn’t mind that Biden appoints incompetent people.  The more incompetence, the more chaos.  And chaos is what the powers-that-be seem to want.

The breakdown of the economy?  Of law and order? Of education and health care? Why would anyone want that? Well, mainly because the breakdowns can be used as proof that the old system no longer works and needs to be replaced with a new one.  Besides, the failures can all be blamed on capitalism or racism or Donald Trump (who, in the imaginations of leftists, is the new Emmanuel Goldstein—the all-purpose villain in 1984).

Any explanation will do.  Thanks to America’s left-leaning educational system, a significant number of citizens aren’t capable of thinking logically.

Why else does the left want chaos?  Because social and economic breakdowns eventually breed resistance and protests.  And the resistance provides an excuse to crackdown on the protestors.  The crackdown, in turn, further intimidates the general populace into submission.  What’s more, any resistance will be used to reinforce the domestic terrorism/insurrectionist narrative that the left has so carefully cultivated. As the left has long understood, chaos creates opportunities.

This article originally appeared in the November 1, 2021 edition of FrontPage.