The Corrosion of the British Spirit 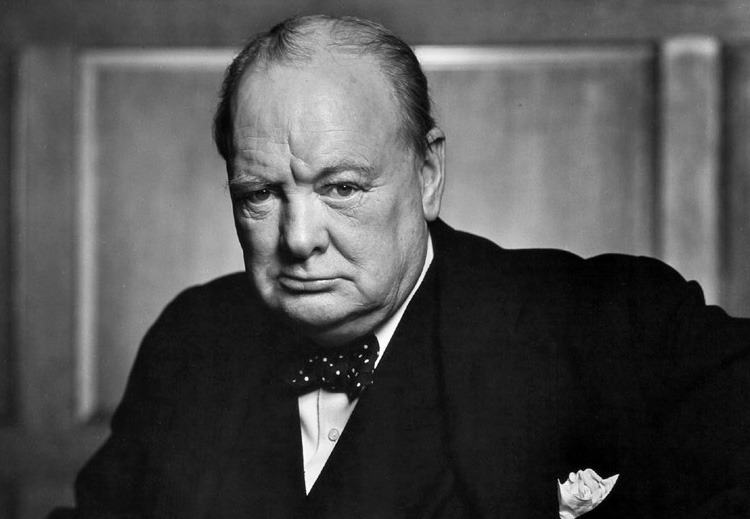 If you’ve seen Dunkirk, or Darkest Hour, you got a glimpse of Britain’s fighting spirit in the face of great peril. If you know a little bit more about that period, you know why Churchill could say of the British people, “this was their finest hour.”

If the British people successfully stood up to Hitler’s planned invasion of England, they have essentially bowed down before the Islamic invasion of the British Isles. What Hitler failed to accomplish with force of arms, Muslims migrants are accomplishing through migration. With the help of British authorities, they are gradually but inexorably imposing an alien moral code on the UK.

The most glaring example of this submissive attitude is the tepid response to the Muslim mass-rape gang attacks in towns and cities across England. Actually “tepid” is too strong a word. “Non-response” is more accurate. Although authorities knew who was responsible for the rapes, they took no action. In some towns the crimes were ignored for decades.

You may have heard of Rotherham, a town of about 250,000 where some 1,400 girls aged 11 to 14 had been drugged, raped and trafficked for years by Pakistani gangs. The authorities—city council members, the police, child protection agencies—knew about the rapes but kept silent.

The shame of Rotherham was finally brought to light in 2013. The news quickly made its way around England and, if you were paying attention, you might have noted its brief appearance in American papers. But have you heard about Telford? Telford is a scenic town of about 150,000, in the Midlands of England. On March 11 of this year, the Sunday Mirror reported that Telford was “Britain’s ‘worst ever’ child grooming scandal.” Beginning in the 1980s, as many as a thousand underage girls have been raped, beaten, sold for sex, and some even murdered. As in Rotherham, town officials covered up the abuse for decades—and for the same reason. They were afraid of being called “racist” or “Islamophobic.”

Unfortunately, the rape epidemic is not confined to Rotherham and Telford. According to one reporter it has spread to “Bristol, Derby, Rochdale, Peterborough, Newcastle, Oxfordshire, Bradford, Keighly, Banbury, Halifax, Leeds, Birmingham, Norwich, Burney, High Wycombe, Dewsbury and Middleborough.” That’s “among other places.” One of the other places is London.

In Mayor Sadiq Khan’s first year in office, homicides in London rose by 27 percent, youth homicide jumped 70 percent, rape increased by 18 percent to 7,600 reported cases, and child sex crimes soared by 30 percent to 1,200 per year. London also has the most acid attacks per capita of any other city in the world.

When I was younger it was common to hear that London was one of the safest cities in the world—a place where women could walk alone at night, and police didn’t have to carry guns. It was often compared favorably to crime-ridden New York City. This year, however, London overtook New York City as one of the most dangerous capital cities in the Western World.

What happened in London to effect such a reversal? For that matter what happened in Yorkshire, Oxfordshire, Derbyshire, Shropshire, and all the other peaceful shires of England’s green and pleasant land?

Was it the Orcs? Judging by their Herculean efforts to cover up the truth, the press and the authorities might well have preferred you believe that. What happened, of course, was Muslim migration buttressed by high Muslim birth rates.

Still, there’s more to the story than the arrival of Muslims in Britain. It’s more complicated than that. Let’s go back to the 1940s for a moment. Churchill was England’s greatest leader, but another Englishman may well have been its greatest prophet. In 1948, George Orwell wrote the classic dystopian novel, 1984. It’s a mistake to think of the book as simply a prediction of bad things to come, because Orwell meant it to be a commentary on bad things that were already happening (in the Soviet bloc) or had already happened (in Nazi Germany). Orwell also saw something in the England of his day that disturbed him. Partly because of the centralization and bureaucratization required by the war effort, Britain was already on the path to socialism. Orwell favored democratic socialism, but also realized that socialism had ominous potentials. After all, the totalitarian political party he describes in 1984 is called Ingsoc—short for “English Socialism.”

Modern England’s governing institutions are not nearly as brutal as Ingsoc, but they do share some of its characteristics—particularly the desire to control information. For example, the Telford police didn’t refer to the rape gang members as Pakistanis or Muslims, but simply as “Asians.” The BBC didn’t report on the Telford crimes for 36 hours after the news broke and then only a short spot on BBC Radio Shropshire (the German media maintained a similar silence after the mass sex assaults in Cologne). Moreover, as in 1984, English authorities pursue thought crimes (“hate crimes” in modern parlance) as vigorously as they pursue real crimes. For example, in the midst of London’s crime spree, the London police have designated 900 special investigators to investigate—what else?—hate crimes. Ironically, the main target of these hate investigations are people on Facebook or other social media who criticize Islam and immigration. In England, child rape and acid attacks are just the price society pays for its vibrant diversity, but speaking your mind on Facebook is a hate crime. What Naz Shah, a female Member of Parliament advised the Rotherham rape victims reflects the attitude of the elites toward the rest of British society: she said the girls should “shut their mouths for the good of diversity.”

There is another similarity between the Britain of today and the Ingsoc of 1984. Totalitarian societies specialize in humiliations both small and large. The humiliations are designed to demoralize citizens and break their will to resist. This seems to be happening now in Britain. Rape is an act of subjugation and humiliation and, if nothing is done about it, the humiliation turns into a corrosive demoralization. If it happens on a mass scale—as in Britain today—and if the authorities become complicit, then the whole society is demoralized. If on top of that, those who complain about the outrages are silenced and even jailed, the humiliation is complete.

None of this bodes well for Britain’s future. As Mark Steyn puts it, “a society that will not defend its youngest and most vulnerable girls is surely capable of rationalizing many more wicked accommodations in the years ahead.” One might ask “how many more accommodations can Britain afford to make?” Thanks to the efforts of British Islamist organizations and the cowardly appeasement of British officialdom, the will to resist is being slowly crushed.

Still, we shouldn’t write off Britain completely. Despite its decline, it’s not beyond hope. Britons do have a proud and courageous history to drawn from. All the odds are against them now, but that was also the case in 1940. At the time Churchill took office, the situation seemed so desperate that much of the government was prepared to capitulate to Hitler. Yet, against all odds, Britain prevailed.

Then, too, Britain has a Christian heritage. And historically, Christianity has been Europe’s strongest bulwark against Islamization. That heritage has been squandered to the point where it is almost lost. But a revival of Christianity should not be discounted. Even atheists are beginning to recognize the vital role that Christianity plays. At a recent appearance in England, Richard Dawkins warned against celebrating the demise of Christianity “in so far as Christianity might be a bulwark against something worse.” Christian civilization was already in decline at the time of Churchill’s speech, but he recognized that it was key to revitalizing the British spirit. Britons today would do well to go back to his speeches. Here’s a sample:

The battle of Britain is about to begin. Upon this battle depends the survival of Christian civilization. Upon it depends our own British life, and the long continuity of our institutions and our Empire…Let us therefore brace ourselves to our duties, and so bear ourselves, that if the British Empire and its Commonwealth last for a thousand years, men will say, “This was their finest hour.”

Of course, the situation is different today. It’s both better and worse. Islamists in Britain have nothing like the might of Hitler’s armed forces. They must rely instead on incremental cultural warfare. That gives the British much more time than they had in 1940. On the other hand, Britain today is sorely lacking in cultural confidence. Multiculturalism and political correctness have sapped its ability to fight a culture war. Moreover, this time around, the enemy is not on the other side of the Channel. Islamist ideology is already entrenched within Britain’s borders, and its proponents are aided and abetted by Britain’s weak leadership, and generously funded by its welfare system.

How about the United States? Americans may think that all of this has nothing to do with them. But what is happening is Britain is happening here also: the suppression of news, the accusations of “hate crimes,” the cover-ups, and the shackling of free speech in the name of sensitivity and political correctness. If today’s battle of Britain is lost, and along with it the battle for France, and Germany, and the rest of the Continent, America will be very much alone. And its erratic resistance to Islamization will seem all the more futile. Churchill spoke of America in his 1940 speech, and what he said then still applies today:

But if we fail, then the whole world, including the United States, including all that we have known and cared for, will sink into the abyss of a new dark age made more sinister, and perhaps more protracted, by the lights of perverted science.

This article originally appeared in the March 27, 2018 edition of Crisis.