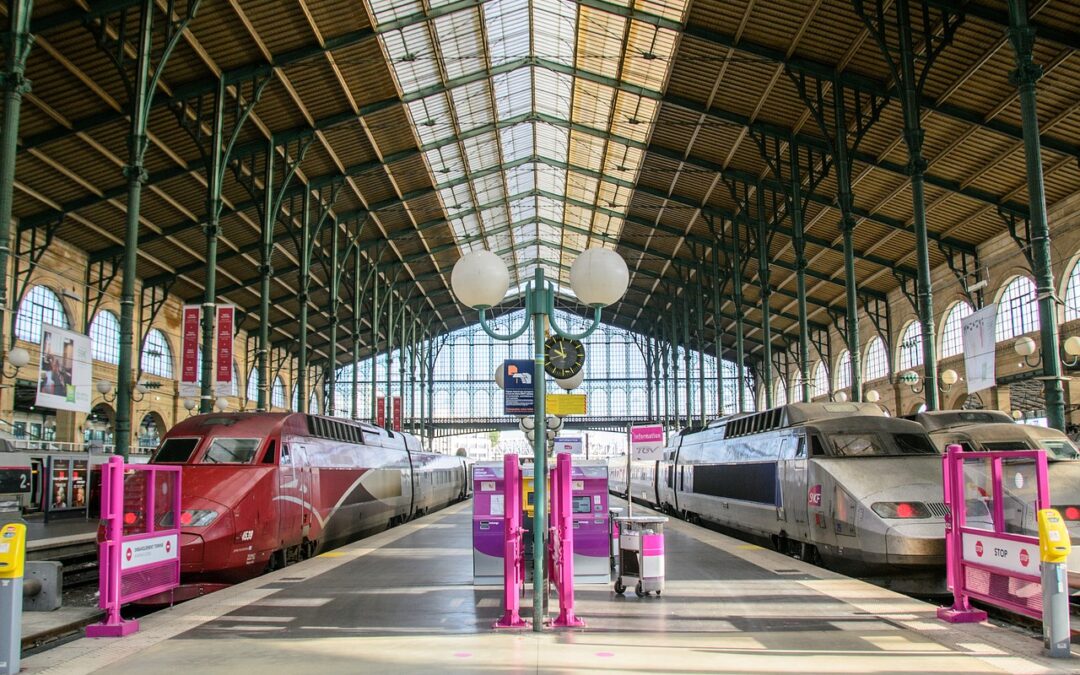 Clint Eastwood’s film is more relevant than ever.

The 15:17 to Paris which depicts the true story of three Americans who foiled a terrorist attack on a Paris-bound train in 2015 was released in 2018.  But in some ways, it is more relevant now than it was then.

Of course, terrorist attacks have ticked up in recent years, with several particularly brutal attacks in the Paris area.  But that’s not the only reason the film remains relevant.  When Clint Eastwood’s film was released, it was widely panned by critics, not for the climactic scene in the train, but for the backstory leading up to it.  The backstory, which focuses on the boyhood friendship of the three heroes (who play themselves in the film) was dismissed by critics as “boring,” “filler,” “tedious,” and so forth.

Although the story does move slowly at times, one suspects that much of the dissatisfaction comes from the film’s affirmation of traditional and Christian values.  In fact, some of the critics come right out and express their disdain for Eastwood’s conservative values.

However, in light of the great destruction that’s been visited on our society in the last two years, conservative and Christian values make more sense than ever.

Within the first ten minutes of the film, a scene occurs which would strike today’s viewers with an immediacy that would not have been felt as strongly four years ago.  The mothers of young Spencer Stone and Alek Skarlatos are told by the boys’ teacher that they are restless and unfocused.  The teacher strongly recommends that the boys be put on medication.  The mothers resist the suggestion and tell the teacher that this is normal behavior for boys.  The teacher insists more stubbornly that the boys need medication, and the parents resist even more strongly.  Watching the scene, one can’t help but think of the current push to mandate the Covid vaccine for every youngster from kindergarten on up.  The scene nicely captures the smug self-assurance of teachers and other professionals who feel sure that they know best what’s good for other people’s children.

The film doesn’t begin with the backstory, however; it begins with a tracking shot of the terrorist, outfitted with a heavy backpack, and walking along a train platform.  Shortly after, he boards the train, enters the men’s toilet and takes off his shirt to reveal a heavily muscled torso crisscrossed with ammunition straps.  Seconds later he assembles a high-powered rifle.

He is a formidable foe, and it becomes evident from the outset that it will take a good deal of backstory to explain how three average young men—and one of them in particular—were able to subdue him.

The film suggests that faith in God had a lot to do with the outcome.  The boys attend a Christian school, their mothers are religious, Spencer is seen kneeling by his bed as a boy.  After his encounter with the terrorist, he is seen praying the prayer of Saint Francis.  He speaks often of “some greater purpose” to his life.  And the fact that the terrorist’s gun miraculously jammed while Stone was rushing him, does suggest that God did indeed have a plan for Spencer’s life.

Part of the backstory also goes into Stone’s military training.  In order to meet the fitness requirement, he undertakes a rigorous program of running and weight training.  After admittance to the Air Force, it’s more of the same, plus training in martial arts—which training, as everyone knows, comes in handy when you’re fighting for your life with a determined terrorist who is trying to slash your throat with a box cutter.

Speaking of throat slashing, it’s worth mentioning that after he subdues the terrorist, Stone comes to the aid of another passenger who had previously been wounded in the throat by said terrorist.  Luckily (or by divine plan), Stone had undergone extensive medical training in the Air Force and was able to keep the man alive until the emergency crew arrived.

It may seem contrived, but it really did happen.  Of course, if this were a James Bond thriller, no such backstory would be necessary.  Everyone understands that James Bond is capable of handling any situation that may arise.  Moreover, in a James Bond flick, no character development is necessary.  We don’t expect to see Bond as a lad kneeling in prayer by his bed. However, in reading the reviews of 15:17 to Paris, one gets the impression that some of the critics were actually hoping for an action-adventure movie.  A common theme in the reviews is “skip the backstory and cut to the action.”  Or, to paraphrase the bandits in Treasure of the Sierra Madre, “We don’t need no stinkin’ backstory.”

More on that in a moment, but let me first mention another reason why the film is more relevant today than it was in 2018.  In 2018 the concept of “woke” had not yet been invented.  And very few were aware at that time that the military had already become a huge experiment in social engineering.

Watching the scenes of Stone going through basic training, I found myself wondering how he would fare in today’s “woke” military establishment.  I came to the conclusion that this courageous and highly capable young soldier would be quickly discharged from the service—either for his conservative and patriotic views or else for refusing the military’s vaccine mandate.  I’m assuming, of course, that just as his independent-minded mother refused to medicate her son, Stone would defy the “jab” order.

One final observation.  As I mentioned earlier, many of the film critics seemed to be hoping for an action-adventure film in the James Bond style.  So, they appreciated the action scene, but lamented the general absence of action in the rest of the story.  Others understood that the film was essentially a meditation on heroism and the qualities it requires.  But, tellingly, very few discussed the larger context in which the struggle between the young men and the terrorist takes place—namely, the struggle between Islam and the West.

This was not the only Islamist terrorist attack on a train in Europe.  In fact, there had been numerous other “lone-wolf” attacks on trains in the years leading up to the attack on the Paris-bound train.  In addition, Islamists had attacked subway passengers in Moscow, Brussels, and London with considerable loss of life.  In Madrid in 2004, coordinated bombing attacks on four commuter trains left almost 200 hundred dead and more than 2,000 injured.

Of course, attacks on transportation systems are only a part of a much larger problem.  Some of the more deadly terrorist attacks included the attack on the Bataclan Theatre in Paris, the bombing attack on the Manchester Arena, the truck massacre in Nice, the attack on an elementary school in Beslan, Russia, and the Brussels airport attack.

Yet, government officials, church leaders and reporters have done their best to cover-up the Islamic nature of these attacks.  The usual strategy is to claim that the attack has nothing to do with Islam.  Meanwhile, the film industry tends to avoid the subject of Islamic terror.  Although innocent people are killed on a daily basis all over the world by jihadists, films about such incidents are a rarity.  The 15:17 to Paris is an exception, but even here, Eastwood only touches lightly on the Islamic nature of the attack.  It is only in the final scene when French President Hollande presents the French Legion  of Honour to the heroes that we begin to understand that, like it or not, we are all involved in a global struggle.  One reviewer dismissed the film for being filled with “banalities,” but there is nothing banal about Hollande’s moving speech at the presentation ceremony.

As I noted, the film is, in many respects, more relevant now than it was when it was produced.  How so?  Mainly because, whether by ineptness or design or by a combination of the two, the current administration has greatly enabled America’s enemies while severely undermining the strength and resolve of our military and our police.  It has opened wide our borders while closing its mind to the possibility that many who now come to America will come with deadly intent.

Thanks to this reckless naivete, the chances of you getting caught in the middle of a terrorist attack on a train, a plane, a bus, or a cruise ship have recently risen by at least ten-fold. Watch the film. And follow it up with London has Fallen.

This article originally appeared in the January 10, 2022 edition of FrontPage.