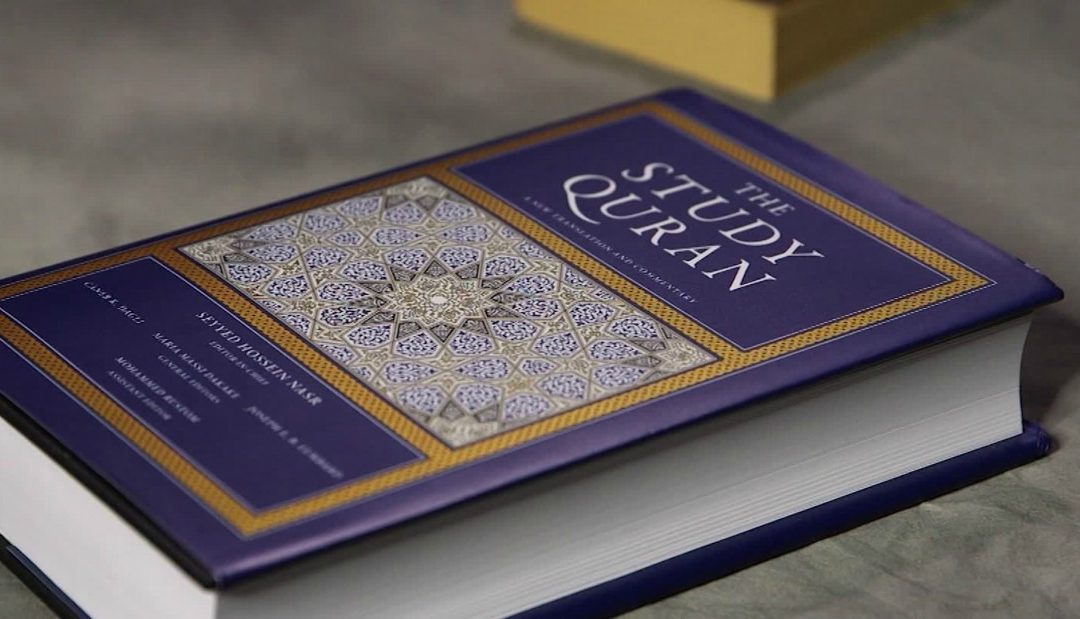 I recently came across a Time article entitled “Let’s Teach About Islam in Our Schools.” The piece is from December 2014, but the author’s views are still widely shared. Indeed, they represent the dominant point of view.

So let’s see what he has to say. He writes that it’s essential to teach about Islam in public schools because there exists in America “a huge and profound ignorance about Islam.”

Can’t argue with that.  What else?  Teaching about Islam, writes the author, means “rejecting the stereotyping of Islam.”  Good point.  Stereotypes of Islam abound in our society.  Schools should try to correct these misperceptions.

What are the stereotypes?  According to the author, people have been misled to believe “that fanaticism and intolerance are fundamental to Islamic religion, and that violence and even suicide bombing have deep Koranic roots.”

Uh oh!  Maybe the author and I aren’t on the same wave length after all.  I was thinking of a different set of stereotypes—the ones that portray Islam as a religion of peace, justice, and mercy.  As it turns out, the author doesn’t think of these as stereotypes, but as accurate descriptions of “genuine” Islam.  We must recognize, he writes, “That normative Islam…is a religion that promotes kindness and compassion, opposes violence, and promotes a middle way between extremes.”

An evidenced by…?  Eric Yoffie, the author of the Time piece, and a former president of the Union for Reform Judaism, doesn’t offer any facts to back up this assertion or any quotes from authoritative Islamic sources.  He just assumes that all the bien pensants who read Time will instantly recognize the truth of what he says.    Islam “promotes kindness and compassion” and “opposes violence”?  If he said the same thing about Catholicism, it would provoke a flood of letters to the editor detailing the militant, misogynistic, and child-abusing nature of Catholicism, accompanied by threats to cancel the subscription.

But you can get away with saying such pleasant things about Islam because very few will complain.  Mr. Yoffie claims that there is a “huge and profound ignorance about Islam.”  That’s true enough, but it’s not what he thinks.  He seems to assume that students are kept in the dark about all the positive aspects of Islam when exactly the opposite is true.  Not only does he appear to know little about Islam, he also seems to know little about American schools.  The bland “kindness and compassion” version of Islam that he wishes they would teach, is what they do teach and have taught for many years.

Mr. Yoffie seems to be unfamiliar with the American Textbook Council’s 2008 report, Islam in the Classroom:  What the Textbooks Tell Us. The study sampled ten widely adopted junior and senior high school history textbooks, and found that “they deliberately misrepresent Islamic history, jihad, Islamic law (sharia), global terrorism, and more.”

Mr. Yoffie rightly insists that in teaching about religion, schools should maintain the distinction between “teaching” and “preaching,” but the school history texts consistently fail to do that.  According to the ATC report, the textbooks were “filled with adulatory lessons on Islam.”  The lessons contained “inspirational tales,” material taken from devotional rather than historical sources, and stories of miracles, angels and revelations.

According to a McDougal Little text, people converted to Islam because “they were attracted to Islam’s message of equality and hope for salvation.” You might think that’s a bit one-sided. You might ask,”What about jihad?” Or, “Wasn’t Islam spread by the sword?”  But to raise such questions only proves Yoffie’s point about “profound ignorance.” Or, at least, that’s how the textbook authors see it.  According to them, the idea that Islam was spread by the sword is a common misconception.  Jihad, they insist, simply means “to exert oneself” or to struggle “to do one’s best to resist temptation.”

Here’s how the History Alive text puts it:

Jihad represents the human struggle to overcome difficulties and do things that are pleasing to God… [Muslims] might work to become better people, reform society or correct injustice.

If it looks as though that could have been written by a committee of Muslim lobbyists, it probably was.  According to Gilbert Sewall, the author of the ATC report, “Top editors… make a business of appeasing pressure groups.  Islamic activists, some with no academic credentials or background, are listed as academic reviewers in major textbooks…”

The most troubling part of the ATC report deals with textbook treatment of terrorism.  The general approach is to treat Islamic terrorists as a tiny minority who are essentially no different from the IRA, the Tamil Tigers, the Shining Path, and the Basque separatists.  Of course, this is highly misleading.  Islamic terror is sui generis.  It’s much more extensive than other forms of terrorism and it is transnational in scale.  Unlike the IRA or the Tamil Tigers, the aim of Islamic terrorism is not to force political concessions, but to impose Islamic law on the entire planet.

When textbooks do talk about Islamic terror, they blame it on the usual suspects:  poverty, ignorance, Western imperialism, and the Israeli-Palestinian conflict.  At the same time, they avoid making a connection between Islamic terror and Islam itself.  Consider the textbook treatment of the 9/11 attack.  Here is the entire discussion of that day in Prentice Hall’s The Modern World:

On the morning of September 11, 2001, teams of terrorists hijacked four airplanes on the East Coast.  Passengers challenged the hijackers on one flight, which they crashed on the way to its target.  But one plane plunged into the Pentagon in Virginia, and two others slammed into the twin towers of the World Trade Center in New York.  More than 2,500 people were killed in the attacks.

The first thing you notice is the brevity of the account.  9/11 is arguably, the most important event to have occurred thus far in the 21st Century.  Yet it merits only one short paragraph in a book which purports to acquaint students with “the modern world.” The next thing you notice is that there is no mention of Islam or Muslims, only of “terrorists.”

Glencoe Publishers’ Modern Times gives a slightly more detailed account of 9/11, including the fact that “More Americans were killed in the attacks than died at Pearl Harbor or on D-Day in World War II.”  Yet, once again, there is no mention of Islam or Muslims—the perpetrators are simply “terrorists.”  That’s a bit like teaching about Pearl Harbor without mentioning the Japanese, or discussing D-Day with no reference to Nazis.

One textbook does refer to “Middle East terrorism” and “Muslim movements,” but hastens to add that “the vast majority of Muslims believe terrorism is contrary to their faith.”  The upshot of this “reverential treatment of Islamic history” is that textbooks “give a false picture—or no picture at all—of grave threats to the U.S. and world”—including “the life-and-death threat of nuclear terror.”

While educators and textbook publishers are fretting over diversity and sensitivity, the ATC study rightly calls attention to the threat to national and international security posed by the whitewashed version of Islam presented in our schools.

Of course, the situation has gotten markedly worse since the 2008 report—both in terms of terrorist activity and in terms of increasingly pro-Islam curriculums.  For example, a Chatham, New Jersey parent is suing the school system for forcing 7th grade students to watch a set of videos in their World Cultures and Geography class that proselytize for Islam.  One five-minute video declares:

The video ends with a call to conversion:  “May God help us all to find the true faith, Islam.”

And may God help educators to come to their senses before they give away the farm. Toward the end of the ATC report, Sewall says something that probably hasn’t been heard in educational circles for sixty years:

[Textbooks are] instruments of civic education that have among their responsibilities the obligation to alert the young to threats to American ideals and security.

He might have added that there is a connection between “ideals” and “security.”  If students fail to appreciate the ideals of their own culture, why should they defend it?

Thanks to years of miseducation about Islam, students and graduates are ill-prepared to understand or cope with the threats to our society.  Because of the innocuous portrayal of Islam in textbooks and classrooms, students will conclude that there is little to fear from it. They are not likely to know that the primary definition of “jihad” is “war against non-Muslims,” or that jihadist organizations are active in every corner of the world. They will have only the vaguest idea why Islamic terrorists attacked us on 9/11, and they will have difficulty understanding why a travel ban has been imposed on certain Muslim countries. Most troubling, they will come away from their studies with almost zero knowledge of stealth jihad—the primary means by which Islamists hope to Islamize Western societies. That’s ironic, seeing as they themselves have been the victims of what is probably the largest and most effective stealth jihad operation in America.

Mr. Yoffie ends his Time article by asserting that schools have a solemn obligation to teach about Islam—“the most misunderstood religious system of our time.”  Yes, Islam is a misunderstood system, but the chief misunderstanders are naïfs like Mr. Yoffie, and the educators and textbook publishers who have misled a generation of students about Islam.

This article originally appeared in the July 2, 2018 edition of FrontPage.