See No Islam, Hear No Islam 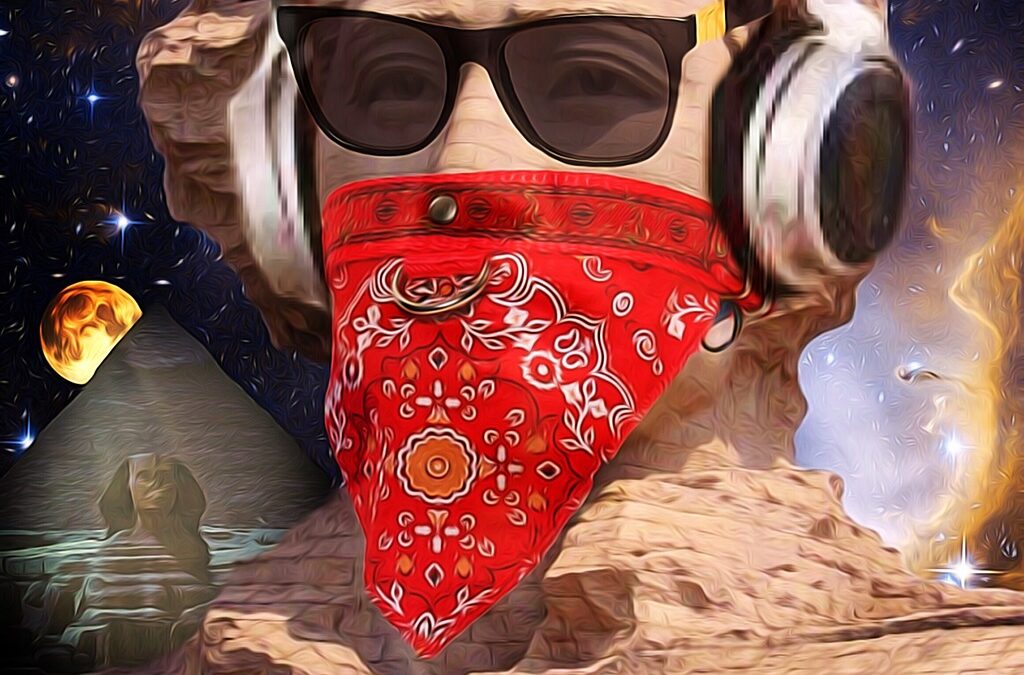 A significant omission in an otherwise good book.

The New Apologetics is a collection of 41 essays by noted Catholic apologists.

It’s a valuable book for those who are interested in spreading the Christian faith in a time of secularism and relativism, as well as for those who merely wish to deepen their own faith.

However, I do have one large caveat. None of the 41 essays deals with Islam. And that, to my mind, is a major omission.  Although, The New Apologetics begins with a discussion of threats to Christianity—such as atheism, moral relativism, and scientific materialism—one of the biggest threats is ignored.

For example, the first essay discusses the “nones”—those who claim no religious affiliation.  This group is expanding rapidly and it is pulling most of its membership away from Christian Churches. As their numbers increase, the number of those who identify as Christians declines.

I agree that the problem of the “nones” needs to be urgently addressed, but there is another category of “nones” that is equally important, but is absent from the pages of The New Apologetics.  I am referring to all those Christians who are “nones” in the sense that none of them is any longer among the living because they have been killed by Muslims in the name of Allah.  For example, in Nigeria alone, 18,000 people have been killed by Islamic terrorists in just the last two years (2020-2022).  If the rest of Africa is added on, it’s now possible to speak of a Christian genocide in that continent.

The spread of Islam is not just a threat to Africans.  Many other parts of the world are under the same threat.  Because of the rapid increase in the Muslim population, even Europeans are now at risk of violence.

The essay on the “nones” makes much of the fact that in the U.S. between 1970 and the present, the number of “nones” has increased from three percent to twenty-five percent.  But during an even shorter time frame, the percentage of Muslims in numerous European cities has increased by approximately the same amount. In Marseille, the second largest city in France, the percentage of Muslims is closer to 40 percent.

The essay points out that almost 40 percent of those under thirty in the U.S. are “nones”.  But the same holds true in many of Europe’s major cities in regard to the Muslim population.  According to Giulio Meotti, Islam is now the dominant religion among children in Birmingham, Leicester, Bradford, Luton, Slough and the London boroughs of Newham, Redbridge and Tower Hamlets.

Meanwhile, “Mohamed” has been one of the most popular names for baby boys in Europe for many years. Due to the high birth rate, there are now more Muslims at Friday services than Catholics at Sunday Mass in many cities in France and England.

If Islam really were the religion of peace that Catholic prelates and professors make it out to be, then the discrepancy in birth rates between Muslims and Christians might be no great cause for alarm.  But rising crime rates among Muslims in Europe suggest that Islam is not a religion of peace but of aggression.

In France, for example, Muslims commit almost all of the violent crimes and constitute almost 80 % of the prison population.  According to Hugh Fitzgerald, “[Muslim migrants] are creating a parallel society, hostile to French authorities and contemptuous of the non-Muslim French.”

In response to the Muslim crime wave, Didier Lallement, the recently-retired head of the Paris police has written a book warning of social breakdown and civil war.  He’s not alone.  Pierre Brochand, the country’s former top intelligence director has also warned of civil war due to mass immigration.  Moreover, in 2021 about 1,000 active servicemen and women, including twenty retired generals signed an open letter to the government warning of civil war due to “religious extremism” (i.e., Islamism.)

The situation is not so dire in the U.S., of course, but let’s not forget the attacks on the World Trade Center in 1993 and in 2001, and dozens of other Islamic terrorist attack, including the Pulse Nightclub massacre in Orlando which left 49 dead and 53 injured, the San Bernardino massacre which left 14 dead and 24 seriously injured, the Fort Hood massacre which resulted in 14 deaths and over 40 injuries, and numerous other deadly jihad attacks since 2001.

The point is, Islam is a deadly threat to Christians all over the world.  Its aggressive and expansionist nature, moreover, is built into its theology.  In addition, its founding scripture, the Koran, directly attacks and threatens Christians and Jews.  One would expect that at least some Catholic apologists would turn their attention to the subject, but few do.

To the extent that anything is being taught about Islam in Catholic schools and colleges, it is the Pollyannish version that emanates from the Vatican and places such as Georgetown’s Alwaleed Bin Talal Center for Christian-Muslim Understanding. For its part, the United States Conference of Catholic Bishops puts most of its efforts into upbeat dialogues with their Muslim counterparts and into helping Muslims fight a supposed epidemic of “Islamophobia.”  Meanwhile, the bishops show little curiosity as to why so many people fear Islam.  Don’t Christians and other non-Muslims in Africa who are slaughtered on a regular basis in the name of Islam have good reason to fear Islam? Don’t ask. Such questions are off-limits in Catholic-Muslim dialogue.

A number of years ago I gave a talk on Islam to FOCUS (The Fellowship of Catholic University Students) during one of their training conferences. The organization is made up largely of Catholic university graduates.  The group of about 60 that I talked to seemed intelligent and highly motivated.  And they seemed to have a good understanding of the Catholic faith.  But not of Islam.

Before my talk I administered a twenty- question multiple choice quiz about Islam.  The questions were on a very basic level:  e.g., “the word ‘Islam’ means________;” “The word ‘jihad’ means________.”  Yet only 33 % of the group passed the quiz.  Most thought “Islam” meant “peace,” and that “jihad” meant “an interior spiritual struggle.”  Most were probably unaware that, in Africa, a Muslim’s “interior struggle” might well be the agonizing decision of whether to use an AK-47 or a machete in the service of Allah.

Undoubtedly, these graduates had been exposed to some first class works of Catholic apologetics, but with a few exceptions such as Fr. James Schall SJ and Fr. Samir Khalil Samir SJ, most Catholic apologists have steered clear of Islam.

Indeed, most of the apologetics work on Islam is being done by Evangelical Protestants, Orthodox Christians, and ex-Muslim converts to Christianity.  Some of these are “official” apologists in the sense of holding advanced degrees in theology, and some may not even think of themselves primarily as apologists.  For example, former-Muslim Nonie Darwish who speaks and writes about Islam might not qualify as an “official” apologist, but her book Wholly Different is one of the most informative, insightful and clearly written books on the subject of the differences between Islam and Christianity that one is likely to find.

Likewise, historian Raymond Ibrahim writes mainly about the history of conflict between Islam and Christianity, and about present-day persecution of Christians.  He isn’t exactly doing apologetics, yet his work is packed with the kind of information and insights that Catholics are so badly in need of.

Ibrahim is a Coptic Christian–in other words, a member of the Orthodox Church.  Robert Spencer, who has to rank as today’s preeminent authority on jihad and political Islam, is also Orthodox.  Once again, I’m not sure if Spencer considers himself a Christian apologist, but it seems to me that he ought to.  Although he writes and speaks about all aspects of Islam, he has written frequently and authoritatively about the theological issues that divide Christians and Muslims.

Ironically, Catholics already had, in Spencer, the world’s leading Catholic apologist on the topic of Islam, but Catholic leaders ignored him; and, when that was no longer possible, they tried to censor him.  Although Spencer was frequently invited to speak to Catholic audiences, he was almost as frequently banned from speaking by the relevant local bishop.  The fact that the Catholic hierarchy treated Spencer as a pariah, probably contributed to his eventual decision to join the Orthodox Church.

The reason that Spencer was suppressed by elements in the hierarchy was that what he had to say about Islam was almost in direct contradiction to the pleasant narrative about Islam that the Church leadership had been pushing ever since the Second Vatican Council.

It’s likely that many Catholic apologists avoid the subject of Islam for the same reason. Presumably, they don’t want to be put in a position where they might have to contradict the prevalent Catholic notion that Islam is a fellow Abrahamic religion that reveres Jesus and embraces the same values that Christians do.

In fact, I wouldn’t be surprised to find that some Catholic apologists accept the cotton-candy version of Islam.  Indeed, Peter Kreeft, one of the leading apologists of our era, and a writer who has frequently been compared with C.S. Lewis, did paint a favorable portrait of Islam in a 2010 book entitled Between Allah and Jesus.

Not long after, Kreeft had a friendly debate with Robert Spencer (who had once taken courses taught by Kreeft) at Thomas More College in New Hampshire.  Apparently, Spencer had benefited from the courses because he beat Kreeft handily—a point which Kreeft graciously acknowledged after the debate.  Although Kreeft is an accomplished debater, Spencer’s wide-ranging knowledge about Islam carried the day.  Peter Kreeft has an open and curious mind, so I wouldn’t be surprised if he eventually changed his mind on the subject.

Coincidentally, Kreeft is one of the featured apologists in The New Apologetics.  His essay on Blaise Pascal is well worth reading.  So are all the essays in the book.  But one wishes that the editor had found some space for an essay on Islam—the political religion that is arguably the major threat that Christians now face.

Unfortunately, Catholic apologists who are inclined to take a critical look at Islam won’t get any support from Rome.

At a time when well-trained Muslim apologists are successfully proselytizing non-Muslims in every corner of the globe, Pope Francis has made it clear that proselytism is no longer acceptable for Catholics. The only kind of evangelization that passes muster in the Vatican these days has to do with “listening,” “accompanying,” and pretending that all religions are essentially the same.

But the Great Commission that Christ gave his Apostles was not to listen but to teach: “Go therefore and make disciples of all nations…teaching them to observe all that I have commanded you.” (MT. 28:19-20)

Moreover, the misguided message that all religions are essentially the same will only serve to convince Muslims who are dissatisfied with Islam to join the ranks of the “nones” rather than to convert to Christianity.

Catholic apologists are well-advised to follow the command of Jesus rather than the advice of Francis. Catholics and many other Christians as well, are ill-informed about Islam. As a result, they are ill-prepared for what will happen to non-Muslims in a world that is increasingly Muslim.

Muslims, likewise, are poorly informed about Christianity. Many are unaware that there exists a much more profound and powerful version of Christianity than the sketchy one that Islam teaches. Catholics should think twice about the wisdom of withholding the Gospel from them.

This article originally appeared in the November 14, 2022 edition of FrontPage.

Pictured above: Hear No Evil, Speak No Evil, See No Evil. Cool version.