Progressive Catholics and the Black Wave 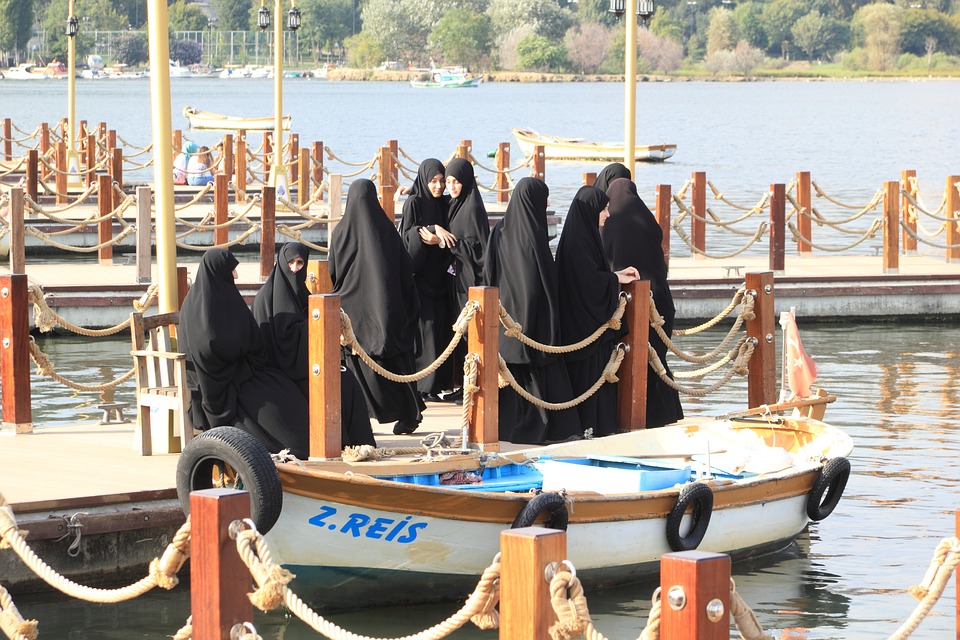 ‘Black Wave’ should serve as a wake-up call to all those blue skies Catholics who worry more about the threat of ‘Islamophobia’ than the reality of Christian genocide.

The other night, I caught an interview on PBS between Fareed Zakaria and Kim Ghattas, the author of Black Wave — an examination of the great cultural shift that occurred in the Middle East after 1979. Nineteen seventy-nine was the year of the Iranian Revolution, which brought the mullahs into power and, in the words of one reviewer of the book, “turned back decades of social liberalization in Iranian society.”

Nineteen seventy-nine was also the year that Saudi fundamentalists seized the Grand Mosque in Mecca, leading the royal family to make significant concessions to the hardline Wahhabi religious establishment. As the New York Times review noted:

The Saudi authorities removed women from television newscasts, blotted out the faces of women in newspaper photographs … Beach clubs and cinemas were closed. The religious police … [were] newly empowered.

The “black wave” that Ghattas refers to was the hasty adoption of dark hijabs, chadors, and abayas that swept through the Middle East in the years following 1979. In the 1960s, President Nasser of Egypt had joked before an appreciative audience about how a Muslim Brotherhood leader had demanded that he enforce the wearing of the hijab, but by the time Mohamed Morsi rose to power, the hijab was no longer a laughing matter in Egypt.

Ghattas, who grew up in Lebanon, recalls a “different world.” There is no doubt which world she prefers. Life in the Middle East was much better before the true believers gained control.

This brings up a question. Is Kim Ghattas an “Islamophobe”? Probably not. She was a journalist for the BBC for many years, and, as might be expected, she leans to the “progressive” side of many issues. And just as the politically correct thought world dictates that blacks can’t be racists, it also assures us that liberals can’t be Islamophobes.

Yet Ghattas paints a bleak picture of what has become of the Middle East now that Islam and sharia are back in the saddle. She speaks of the “intellectual and cultural darkness that slowly engulfed” the region as the effects of the Iranian Revolution rippled out. And she refers to the much revered Ayatollah Khomeini as an “irredeemable monster.”

If an orthodox Catholic with conservative cultural leanings — for example, yours truly — were to say that the resurgence of traditional Islam has made the Muslim world a worse place, he would surely be labeled an “Islamophobe” and a “hater.”

In fact, I have been so labeled many times. In a recent article entitled “A priest’s anti-Muslim comments reveal U.S. Catholics’ Islamophobia problem,” Jordan Denari Duffner of Georgetown University’s Bridge Initiative upbraids me because my website “is exclusively dedicated to ‘educating Catholics and other Americans about the threat from Islam.’”

Miss Duffner, who wrote a book entitled Finding Jesus among Muslims: How Loving Islam Makes Me a Better Catholic, seems to assume there is no threat from Islam. Her article leads off with an attack on Fr. Nick VanDenBroeke, a Catholic priest in Minnesota, who called Islam “the greatest threat to Christianity and to America.” One suspects that if Fr. VanDenBroeke had labeled Islam as only the 15th greatest threat to Christianity, Duffner would still have objected.

She should read Kim Ghattas’s book.

The question that propelled Ghattas’s research is, “What happened to us?” How, for example, could Iranians have “replaced the tyranny of monarchy with the even worse tyranny of religion”?

What happened is that those who wanted to restore Islam to its original form won out over those who had grown content with the more relaxed form of Islam that had developed after the collapse of the Ottoman Empire. Ghattas sees this recent, more radical and puritanical iteration of Islam as a threat to the Muslim world. In particular, she sees it as a threat to freedom of thought and to cultural expression — to a life filled with “music, art, books, theater … cafés, bookshops, poetry, and so much more[.]” Ghattas mourns what has been lost in Middle Eastern culture, and though she is careful not to be too explicit, the obvious culprit is the revival of original Islam.

So should Jordan Duffner add Kim Ghattas to her list of “Islamophobes”? Ghattas presents a darker and more detailed description of what Islam can do to a society than does Fr. VanDenBroeke. If Islam can turn the vibrant culture of the Middle East into a cultural wasteland, why shouldn’t Fr. VanDenBroeke worry about what it might do to the rest of the world?

He calls Islam “the greatest threat to Christianity.” One might argue that China and North Korea are greater threats, but on what basis could one possibly argue that Islam is not a threat? Every day brings a new report of Christians being massacred by Muslims in Africa or of Christians being persecuted for their faith in Pakistan, Iran, or Indonesia.

Open Doors’ World Watch List 2020 ranks the 50 countries where Christians are most persecuted for their faith. Of the 50 nations composing the list, 38 either are Muslim-majority or have a large Muslim population. Seven of the top ten offenders are Muslim nations.

The World Watch List reports that “260 million Christians experience high levels of persecution” and that “Islamic oppression” is the chief source of persecution. Given this evidence and similar reports from other sources, how can one maintain that Islam is not a threat to Christianity? And why should someone who points out an obvious fact be accused of Islamophobia?

It’s one thing for a Saudi-funded institution such as the Bridge Initiative to go hunting for “Islamophobes,” but why should Church leaders feel compelled to do the same? Not long after Fr. VanDenBroeke delivered his sermon, he was forced by Archbishop Bernard Hebda to apologize for saying Islam is “the greatest threat in the world” to Christianity. “This,” as Robert Spencer noted, “is rather like making a man apologize for saying that water is wet.”

Uttered by anyone else, the term “Black Wave” would bring howls of outrage from the anti-Islamophobia crowd. Since Kim Ghattas is sympathetic to progressive causes, it probably won’t.

Interestingly, Ghattas does assign some blame to Iranian progressives for their role in bringing Khomeini to power. She blames them for being too naïve to see the writing on the wall. Like them, Khomeini talked the language of revolution, but unlike them, he envisioned a religious revolution. And the progressives — many of whom were to be exiled or put to death under Khomeini — failed to understand the power of religion.

Much the same can be said about today’s progressive Catholics who see nothing but blue skies on the Islamic horizon. They fail to see that Islam is a very different religion from Catholicism. And like the Iranian progressives of four decades ago, they are too naïve to see the writing on the wall — in this case, the persecution of millions of Christians in the name of Islam.

Although not intended as such, Black Wave should serve as a wake-up call to all those blue skies Catholics who worry more about the threat of “Islamophobia” than the reality of Christian genocide.

This article originally appeared in the February 24, 2020 edition of LifeSite News under the title: “Catholics blind about Islam should read new exposé book Black Wave.