Pius XII, Francis, and the Media 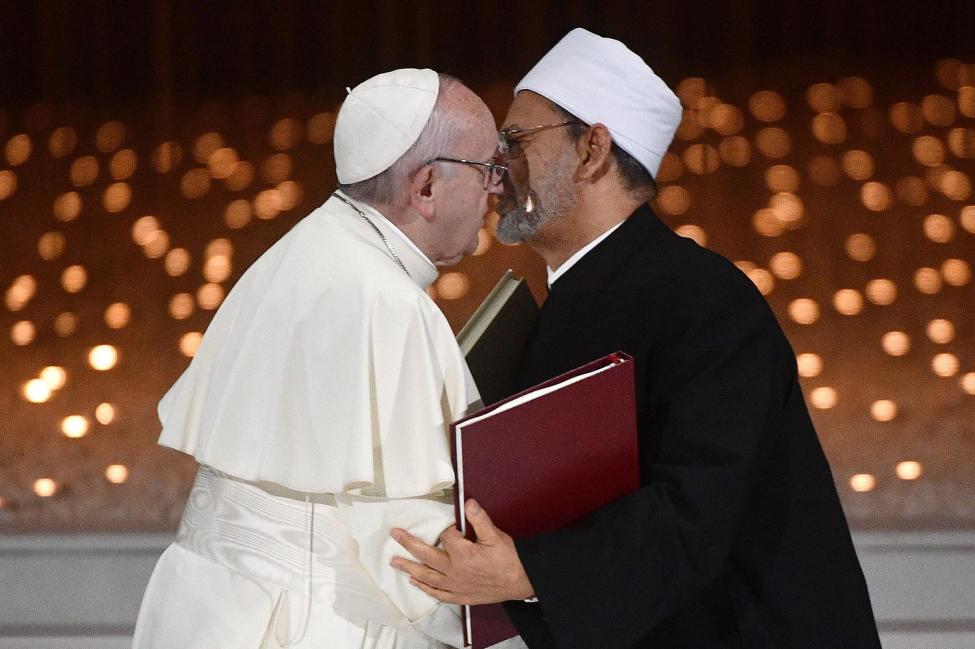 John Cornwell’s 1999 smear of Pius XII, Hitler’s Pope, became a best-seller, lauded by reviewers and excerpted in major magazines.  Cornwell portrayed Pope Pius as an anti-Semite, a supporter of Hitler, and an enabler of the Holocaust.

None of this is true, of course.  Eugenio Pacelli despised Hitler, denounced Nazi ideology on numerous occasions, and – according to historian Martin Gilbert – was responsible for saving the lives of thousands of Jews.  During the German occupation of Rome, hundreds of Jews were housed within the Vatican, 3,000 found sanctuary in Castel Gandolfo, and at Pius’s request, Roman convents and monasteries hid 5,000 Jews.

The book’s calumny was captured in the cover photo, which shows Cardinal Pacelli leaving a government building and being saluted by two German soldiers. All meant to insinuate that Pope Pius XII has just emerged from an important meeting with Hitler. But the picture was taken in 1927, long before Hitler came to power.  Nuncio Pacelli was leaving a reception for German president, Paul von Hindenburg, and the soldiers were members of the Weimar Republic, not the Third Reich. Pacelli never met Hitler. Indeed, when Hitler visited Rome in 1938, Pacelli, along with Pope Pius XI, publicly snubbed him by leaving town.  No photo of Pope Pius XII with Hitler exists. If it did, the world press would probably feature it on a regular basis along with stories condemning Pius for anti-Semitism.

Jump ahead to the present, and what do we find?  Why, it’s a photo of Pope Francis kissing a well-known anti-Semite. No need to go digging to find it.  In fact, there are several photos taken on several occasions of the pope embracing the Grand Imam of al-Azhar, Ahmed al-Tayyeb.  Yet, the Grand Imam’s anti-Semitic views are no secret, and the pope must surely have been aware of them.

During the Second Intifada, al-Tayyeb said that “The solution to Israeli terror lies in the proliferation of suicide attacks that spread terror into the hearts of Allah’s enemies.” He added, “the Palestinians have the right to blow up everything they want.”

Why, then, isn’t an outraged press running the photo on the front pages accompanied by captions such as “Pope embraces anti-Semitic Imam”?

The short answer is that they’re not outraged – at the pope or the Grand Imam.

The media, of course, does display outrage at anti-Semitism when it arises among groups or individuals considered to be white nationalists, Christian extremists, alt-right, or just plain conservatives.  But other groups and individuals seem exempt from charges of anti-Semitism.

When leftists, liberals, and Democrats express anti-Jewish sentiments, the mainstream media tends to look the other way. The other exempt group is Muslims.  They can’t be blamed because . . . well, because it’s a part of their culture.  Besides, considering all the evils that the Jewish State has visited upon Palestinians, it’s perfectly understandable that Muslims would respond with anti-Jewish sentiments – or, so the reasoning goes.

Since liberal journalists tend to favor Palestinians in the Israeli-Palestinian conflict, and since they are very sensitive to cultural differences, it’s not surprising that the Grand Imam, too, is given a free pass on his anti-Semitism.

Pope Francis also gets a pass because the liberal press correctly perceives him to be a fellow liberal.  So, even if they thought the embrace of al-Tayyeb to be unfortunate (which they don’t), it would be quickly forgotten in light of all of Francis’s good deeds on behalf of the environment, the poor, migrants, and world peace.  Indeed, the signing of the Abu Dhabi “Document on Human Fraternity for World Peace and Living Together” would by itself, for liberal media, be enough to absolve both men of any prejudicial thoughts.

The media is friendly to Francis because he’s part of the club of bien-pensants who only wish well for the world.  The proof of their protective attitude toward Francis is that, although Francis’s papacy is possibly the most scandal-ridden in modern history, with new scandals emerging on a weekly basis, most of the media has never looked deeply into the myriad charges.

The most serious charges have to do with cover-ups for abusive prelates in which Francis has been directly involved.  How has the media responded to these cover-ups? Basically, with a cover-up of their own.  Not that the press doesn’t run stories about the abuse cover-ups, but they are strangely restrained and muted stories, often blaming “conservatives” for using the scandals to oppose the pope.  By-and-large, they assign only minimal responsibility to Pope Francis.  Just as the media wants us to believe that terrorism has nothing to do with Islam, it would also have us believe that the abuse crisis has nothing to do with Francis even when some of his closest collaborators are implicated.

Compare this to the media feeding frenzy that followed the 1963 premier of Rolf Hochhuth’s play “The Deputy” – which vilified Pope Pius XII as a Nazi collaborator. For the next four decades, one sloppily researched book after another portrayed Pius as an anti-Semitic Nazi sympathizer.

The slur has never really gone away.  It hangs heavily in the air waiting for the next scandalous book about the man who supposedly welcomed the Holocaust.  As I wrote five years ago, “the ‘Hitler’s Pope’ campaign was highly successful, with the result that the calumny against Pius is now almost universally accepted by the opinion-making elites and by plenty of average citizens as well.”

Despite the fact that there now exist a number of well-documented books refuting the “Hitler’s Pope” myth, there have been, as far as I know, no retractions or apologies by those who helped spread the myth.  The myth has been so widely disseminated, that few know that, in the years after World War II, Pius XII was considered a hero by Jews throughout the world. And fewer still are aware that he was actually involved in a plot to assassinate Hitler.

The media seems to have a double standard about popes.  They’ll believe anything derogatory about the pope who was known to be a staunch defender of tradition and doctrine, and they’ll forgive everything for a pope who shares their own liberal views.  On the one hand, they’re eager to display a “fake news” photo of Pius in what appears to be a compromising position; on the other hand, they’re quite willing to ignore a photo of Francis embracing a contemporary anti-Semite.

None of this is meant to suggest that Francis himself is anti-Semitic, but it does suggest a certain carelessness on his part.  Pope Pius XII knew enough not to give photo ops to Hitler. But Francis doesn’t seem to understand that there is a problem with showering affection on a man with pronounced anti-Semitic views, so long as they are promoting interreligious relations.

Unlike Pius, he doesn’t seem to appreciate the gravity of his office or the responsibilities that go with it.  He does seem, however, to understand that the media will put a positive spin on just about anything he does. So, perhaps, he thinks he can afford to be careless.

This article originally appeared in the December 14, 2019 edition of The Catholic Thing.