‘One Nation Under Allah’ Revisited 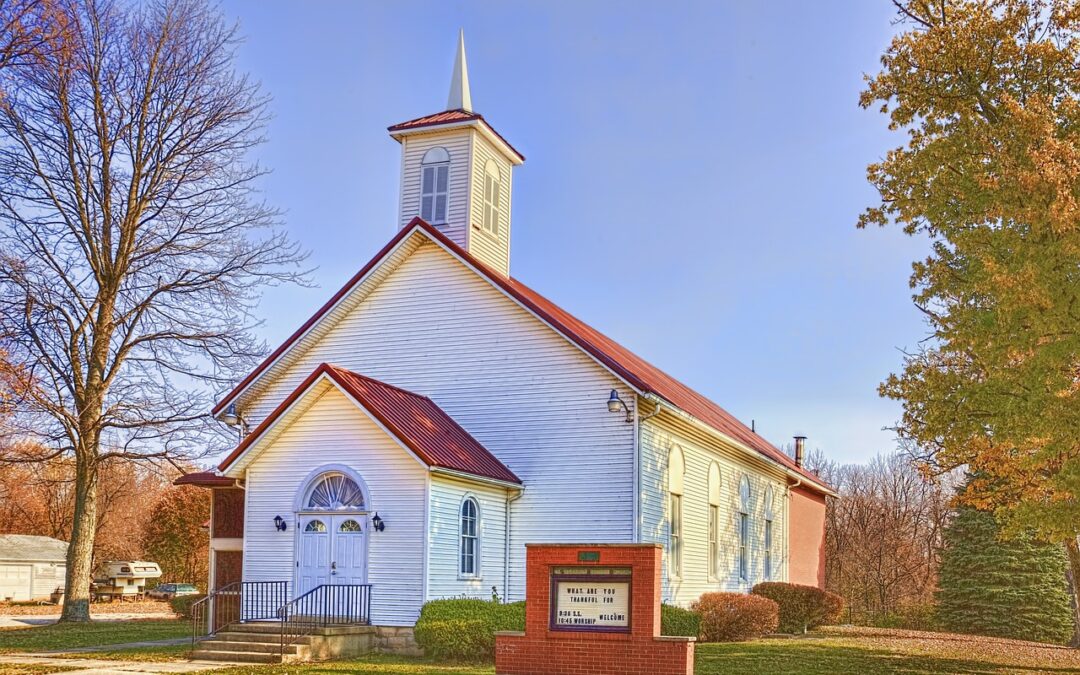 I just came across a news item from last June about a girl (the class president) in a Fairfax County high school who led the graduating class in a recital of the Pledge of Allegiance, but replaced “one nation under God” with “one nation under Allah.”

This caught my attention because about 11 years ago, I wrote a piece for FrontPage entitled “One Nation Under Allah?”  I noted that the founders were assuming a specifically Judeo-Christian understanding of God when they wrote the Declaration of Independence and the Constitution, and I pointed out that substituting Allah’s name for “God” would create a number of difficulties.

For example, The Declaration of Independence states that “all men are created equal,” but the Koran describes Muslims as “the best of people” and speaks of Christians and Jews as the “worst of created beings.”  In addition, the Islamic law books specifically state that the value of a Christian or Jewish life is only one-third the value of a Muslim’s life.  Where’s the equality in that?

A similar difficulty arises if we try to put the First Amendment to the Constitution in an Islamic context.  The First Amendment prohibits the establishment of a state religion, but Islam is a theocracy.  It is intended to be a state religion.  For instance, the constitutions of many Islamic nations are based on Sharia Law. And so is The Cairo Declaration of Human Rights in Islam which was signed in 1990 by all the member states of the Organization of the Islamic Conference.  After reaffirming “the civilizing… role of the Islamic Ummah which God made the best nation” and after affirming that human rights and freedoms must be “in accordance with the Islamic Shariah,” the document goes on to speak of “binding divine commandments, which are contained in the Revealed Books of God and were sent through the last of His Prophets…thereby making their observance an act of worship and their neglect or violation an abominable sin…”

The document goes on in this vein for many pages.  It was drafted in response to the United Nations Declaration of Human Rights—which Muslim representatives refused to sign because it guaranteed various rights and freedoms which were contrary to Shariah.

When one reads the Cairo Declaration, it becomes clear that Islam is intended to be a theocracy, not a democracy.  And that is only one of the problems with the “one nation under Allah” concept.

Another problem comes with the First Amendment’s free exercise clause.  The clause states that Congress may not prohibit the “free exercise” of religion.  Judeo-Christian practices usually pose no problem here, but as our society turns more secular, many Christian and Jewish beliefs and practices will come under increased scrutiny.

But Islam presents a massive challenge to the free exercise clause, because there are many religious practices in Islam that not only run counter to American customs, but are also illegal.  Polygamy is an accepted practice in Islam and it is sanctioned in the Koran. And, following the example of Muhammad, child marriage is also widely practiced. Moreover, female genital mutilation is considered a religious duty in some Muslim nations. Should Muslims be free to practice these religiously-sanctioned customs in the U.S.? It’s not an academic question because Muslims often bring these practices with them when they move to other countries.  Apparently, a significant number of the 50,000 Afghan refugees recently admitted to the U.S. are child brides. Once such practices take hold in a society, it is difficult to put a stop to them. Although FGM and polygamy are outlawed in European countries, they are still widely practiced, and authorities often tend to look the other way rather than take the risk of getting entangled in sticky domestic situations.

The free exercise clause was written with one particular religious tradition in mind.  The “self-evident” truths that the founders spoke of in the Declaration are not self-evident in every religion.  The irony is that the protection of the free exercise clause is extended not only to the Jewish and Christian religions but also to a religion that explicitly rejects both Christianity and Judaism, and also vehemently rejects the belief that “all men are created equal.”

Right now, that may not seem like a major problem. That’s because Muslims in the U.S. are still a small minority, and most of them are not disposed to make an issue of their right to polygamy or to subjecting their daughters to FGM, or of depriving others of their free speech rights.

But we only need to look to Europe to see that, as the Muslim percentage of the population grows, so do the demands for special rights and protections for Muslims.  The European Court of Human Rights has already ruled that criticism of Islam is a crime. The court explained that the religious feelings of Muslims outweigh the free speech rights of critics of Islam.

You may think that this can’t happen in the U.S., but it’s already happening.  The Democrats in the House recently passed a bill that, in effect, makes “Islamophobia” a crime.  And, increasingly, “Islamophobia” is being defined simply as any criticism of Islam.

The bill, which was sponsored by Representative Ilhan Omar, is unlikely to pass in the Senate, but rest assured that the attempt will be made again.

Some Americans may think that limiting criticism of Islam is a good thing.  It’s easy to believe that such a move will lower tensions and increase inter-religious harmony.  But, as former federal prosecutor Andy McCarthy points out, the purpose of anti-Islamophobia legislation is to “intimidate analysts and commentators into ignoring the straight line from bellicose verses in Muslim scripture to sharia-supremacist ideology to…terrorist attacks.”

The Islamophobia industry in America has already managed to inhibit legitimate discussion and examination of the Islamic faith.  If Islamophobia becomes a crime, Americans will be left even more in the dark about the radical side of Islam.

“Sharia supremacism,” writes McCarthy, “[is] a systematically discriminatory and misogynist ideology that is antithetical to our constitutional republic.”  It is also antithetical to the Judeo-Christian belief system that informed the writers of the Constitution and the Declaration of Independence.

The Constitution is a marvelous document, but parts of it are problematic.  The “free exercise” clause, for example, is wide open to interpretation.  And a lot depends on who is doing the interpreting.  The Mormon practice of polygamy was banned by Congress in the 1880’s, and the ban was then upheld by the Supreme Court.  But will a future Supreme Court, under pressure from the anti-Islamophobia forces, reverse the ban?  Don’t discount the possibility.

The ultimate irony is that the religious liberty protections of the Constitution could be used to transform America from a nation inspired by Judeo-Christian principles to a nation subject to Islamic law.

That conjecture may seem like an unwarranted projection of current trends. Some may think it absurd. But Islam has a long history of turning Christian lands into Islamic lands. And in America today, much of what was thought highly unlikely only a year or two ago has now come to pass. And what was once thought absurd has now become the norm. There are signs, moreover, that the whole concept of religious liberty is heading in a direction that is both absurd and self-destructive.

In early December, a satanic display was installed in the Illinois Statehouse in Springfield by a group called The Satanic Temple (TST). The display featured a bronze statue of a baby Baphomet—a mythical creature whose image is often identified with the Devil.

That’s bad enough, but the baby demon, complete with horns, dragon wings, and cloven hoofs, and lying naked in a bed of swaddling clothes is installed next to the nativity display in the Statehouse Rotunda. It’s a scene that both Christians and Muslims would find offensive.

The Baphomet baby is obviously intended by the TST as a mockery of the Christian faith. But, of course, that’s what satanists do. The question is, why did officials of the State of Illinois go along with the mockery? Did they also harbor an anti-Christian animus? Did they think that the equal protection clause in the Constitution means that Satan must be given equal time with Christ? Or did they simply fear a lawsuit from the TST?

Whatever the case, the symbolic display is mainly symbolic of our society’s confusion over religion. If you are indifferent to the basic beliefs upon which your nation is founded, you may someday find yourself governed by an entirely different set of beliefs—most likely a system that has little concern for religious liberty, or for any other kind of freedom.

This article originally appeared in the January 5th 2022 edition of FrontPage.