NBC, the SPLC, and Me 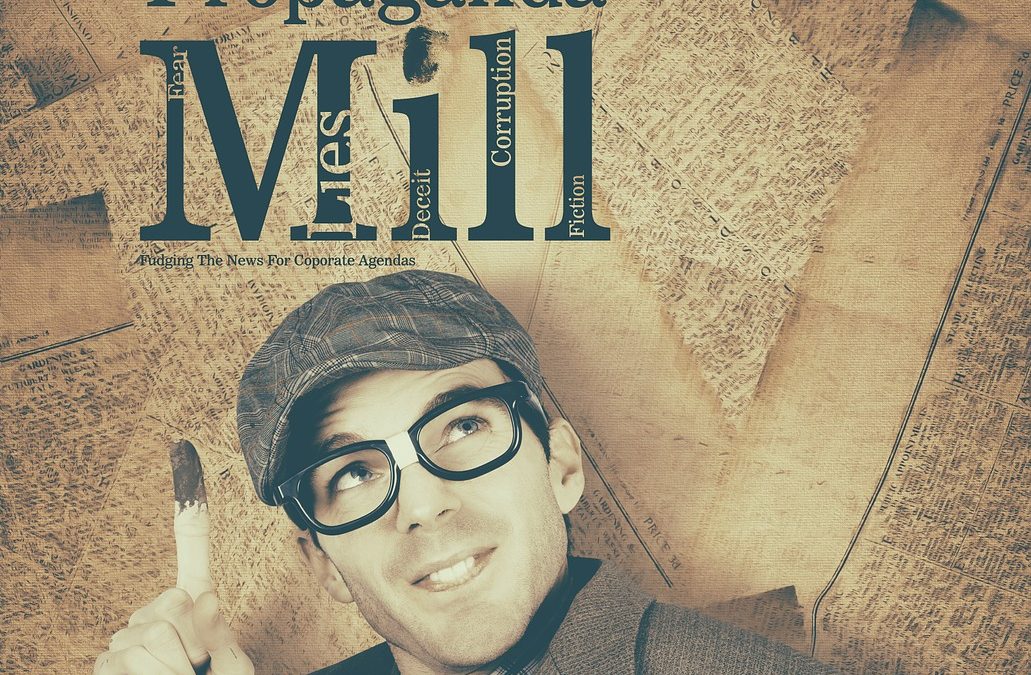 An NBC news station recently did a report on Cultures in Context. When the reporter first contacted me, he indicated that the segment would discuss the Southern Poverty Law Center’s claim that my nonprofit organization is a hate group. The report turned out to be more than that. But first things first.

The Southern Poverty Law Center (SPLC) began as a civil rights group. It was instrumental in defending the rights of blacks and other minorities, and in helping to break the power of the Klan. Now, however, it has become in, many respects, an anti-civil rights group—a group that is in the forefront of the cancel culture’s efforts to stifle free speech. Many of the groups on its hate list are human rights organizations which seek to protect the right to freedom of speech, freedom of religion, and freedom from subjugation.

Oh, yes, and the right to life. The SPLC lists many groups that shouldn’t be on a hate group list, but fails to list many groups that should. Planned Parenthood, for instance, is not listed. Yet, since they’re in the business of murdering pre-born children, can’t we conclude that they are therefore a hate group? Moreover, Margaret Sanger, the founder of Planned Parenthood was a racist who was keen on reducing the black population. Somehow, this baby-killing, racist-founded organization eluded the searching eye of Sauro… er, the SPLC. But if you believe in saving babies, you’d better watch out.

Indeed, a significant percentage of the “hate” groups listed by SPLC are pro-life organizations. A December NBC-News article focuses on 14 SPLC-identified hate groups that received Paycheck Protection Program (PPP) funds. Yet, of the fourteen, six are either pro-life, pro-family, or Christian organizations. Of the eight remaining groups, one is a legal defense fund specializing in parental rights, one specializes in national security issues, two are immigrant reform groups, and two (the Clarion Project and the David Horowitz Freedom Center) were founded by Jews who are concerned, among other things, with rising anti-Semitism.

Judging by their own criteria, it seems fair to conclude that SPLC is itself a hate group. It appears to be an anti-life, anti-family, and anti-Christian organization. Indeed, the SPLC has been so effective at whipping up hatred against Christian groups, that in 2012 a heavily armed homosexual activist, acting on an SPLC listing, walked into the headquarters of the Family Research Council with the intention of murdering as many people as he could find. At the time, both liberal and conservative columnists suggested that SPLC bore some of the responsibility because of its reckless use of rhetoric.

On the other hand, the SPLC has never been accused of receiving a PPP loan. With its half-billion-dollar endowment, it wouldn’t qualify for one. But the PPP loan angle does enter into the NBC story about Cultures in Context. Initially, the reporter, asked me questions (over the phone) about my reaction to the SPLC claim. That seemed legitimate enough. But when he began to ask questions about the PPP loan I had received, I grew suspicious. What did that have to do with whether or not the SPLC’s hate claim was true? Then I came across the aforementioned NBC-News article about the 14 accused hate groups that received pandemic relief funds. I realized, of course, that he was trying to fit me into a pre-established narrative. As it turned out that was the case. Indeed, the “teaser” ad that preceded the segment gave the impression that I was collecting “federal funding” on a regular basis. I wish it were so. It would make life a lot easier, but the fact is that, aside from the one-time PPP loan, all my funding has come from individual contributions.

It may seem like a small point, but, in a sense, smallness is the point. The NBC handling of the story epitomizes the small-mindedness of many in the news reporting business. A story about a perfectly legitimate small loan is fairly insignificant compared to a story about the enormous threat to the free world posed by the spread of Islamic ideology—a topic I often address in my work. Yet, half the report was about the PPP loan. And the other half simply skimmed over the SPLC’s hate group claim, but not without implying that it might well be true. NBC’s own bias is suggested by the report’s opening sequence—film footage of a Ku Klux Klan rally, white robes and all.

In the Gospel of Matthew, Christ refers to hypocrites who “strain out a gnat and swallow a camel” (Mt. 23: 24). And it strikes me that much of modern news reporting is of this nature: the media continually serves up stories that focus on “microaggressions” and ignore macro events and trends. They’re blind to the truly big stories, but they are masters at turning little stories into big ones.

The SPLC claims that Cultures in Context is an “anti-Muslim” hate organization. Yet in my columns, I have often stood up for the human rights of Muslims. For example, I have frequently deplored the unequal treatment of Muslim women and girls under Islamic law. I’m not “anti-Muslim.” However, it is true that I am quite critical of Islamic theology and ideology, and I worry about the consequences as that ideology spreads across the globe. That’s a macro trend, but the NBC reporter ignored it altogether and chose to strain out the gnat (the PPP non-story) while swallowing the camel (the fashionable story that Islam is a peaceful religion that has been unfairly maligned). Most of his colleagues in the mainstream media do the same. They fret over dubious examples of “Islamophobia,” and pay no attention whatsoever to the wholesale slaughter of Christians by Islamic groups in Africa, Asia, and the Middle East.

In a written statement I provided to the reporter I did call attention to this persecution. Here’s part of what I had to say:

According to Open Doors U.S.A., 4,761 Christians were killed for their faith last year, and nearly 80 percent of the murders were committed by Muslims. Sometimes, Christian women and girls are forced into sex slavery.

Now, the SPLC may think that reporting such news is an act of “Islamophobia,” but I think that Christians, Jews, and other non-Muslims have a right to know about these activities—especially since the mainstream media in the West rarely reports on the persecution.

This threat to Christians and other non-Muslims is a macro story—one of the biggest stories of our time. Moreover, the threat is spreading far beyond the borders of Africa and the Middle East. Yet the NBC reporter failed to say anything about the persecution of Christian in the name of Islam—a primary theme of my work. And one that is backed by abundant evidence.

The idea that Islamic ideology might pose a threat to non-Muslim societies is dismissed by the SPLC as a “conspiracy theory.” And the SPLC’s handmaidens in the media follow suit. That Islam might be a threat is considered such an outlandish idea that the mainstream media rarely covers events that reinforce the possibility that we are involved in what Samuel Huntington called “a clash of civilizations.” But when the media does turn its attention to such events, its knee-jerk response is to shoot the messenger.

Recently, after years of church burnings, and numerous deadly jihad attacks against Jews, Christians, and “blasphemers,” a group of retired French generals signed an open letter warning of a coming civil war should “creeping Islamism”, abetted by cultural Marxism, continue unopposed. The letter was signed by 20 retired generals, a hundred senior officers, and more than a thousand other members of the French military. A Harris poll found that 58 % of those questioned about the letter supported the soldiers, 73 % agreed that French society is disintegrating, and 45 % agreed that France is on the brink of civil war.

Civil war in France? That’s a big story, isn’t it? Yet instead of looking into the evidence, the international media preferred to shoot the messengers. The military officers were dismissed by the press as far-right, nativists, racists, and colonialists. Whether or not they were recipients of federally funded pensions has yet to be determined. For the press, the letter presented an opportunity not to dig into the possibility that France is on the brink of civil strife, but to smear the officers who signed it.

What matters for many in our society is not cultural survival, but observing proper “woke” etiquette. Does Islam have a long history of conquest? Answer: It’s not polite to talk about such things. Are Christians persecuted in Africa and the Middle East? The question is racist! Will Europe succumb to Islamization? Islamophobia! Will Iran use nuclear weapons once it possesses them? Call the Thought Police!

Some of this may seem laughable. The SPLC’s wild accusations border on parody, and NBC can’t see the forest for the trees. In both cases, their approach to critical issues is juvenile, simplistic, and a bit on the primitive side (“Me virtuous, you bad hater”). But a great many of the newly enlightened “woke” folk aren’t laughing. They, too, are juvenile, simplistic, and a bit primitive (what matters to them is what tribe you belong to). It would be a great mistake to underestimate how little these virtue signalers understand about the world we now live in, or about their own role in making it a more dangerous place for people of every race and creed.

This article originally appeared in the May 18, 2021 edition of Catholic World Report.