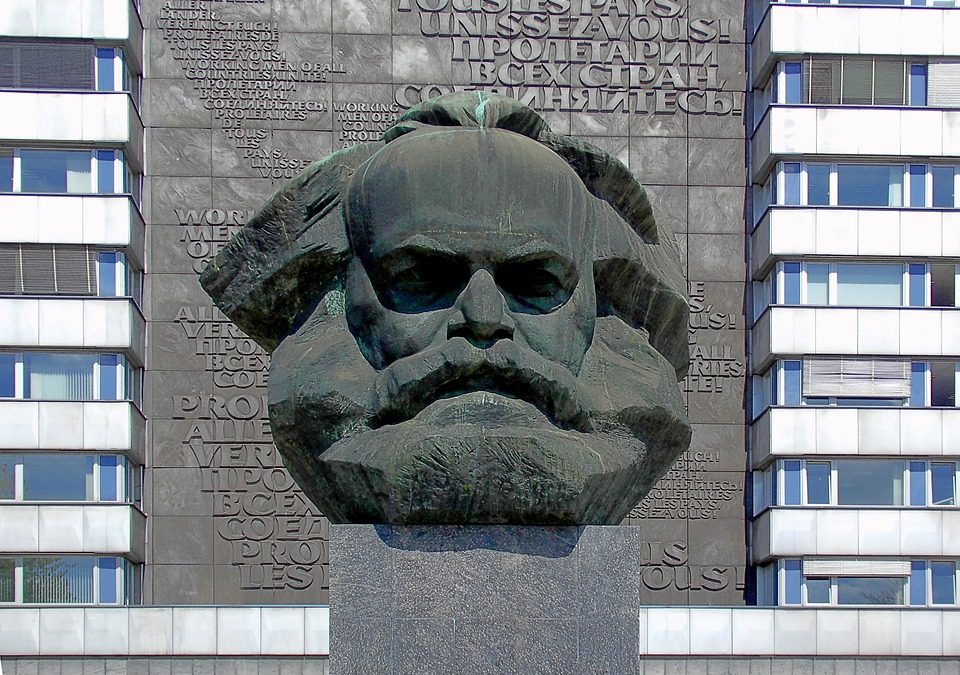 Right now, the greater threat appears to come from the left, but don’t discount Islam’s 1400-year record of cultural and geographical conquest.

Until three months ago, an attempted leftist takeover of American cities seemed a remote possibility. It seemed even less likely that, as the lawlessness spread, prominent voices in our society would join the radicals in calls to defund and even abolish the police. And who would have imagined that, like well-trained seals, giant corporations and wealthy sports teams would jump through whatever hoops the radicals held before them?

No one, it seems, was prepared for what happened. Yet it did happen, and there are many indications that the situation could grow worse. The end result might well be the establishment of a permanent revolutionary government. A future that seemed highly improbable yesterday is now materializing before our eyes.

Meanwhile, for more than a decade, a number of scholars, journalists, and historians have been warning of another, seemingly improbable, future event—an Islamic takeover of our society. If your immediate reaction is to dismiss the notion as preposterous—as something that can’t possibly happen here, consider this: how prepared were you for the leftist insurrection that is currently engulfing our cities? How prepared were you for the capitulation of many social and commercial institutions to the cancel culture? Did you foresee that a Red Guard-type cultural revolution would sweep through our society, resulting in toppled statues and forced oaths of allegiance to the new order?

For that matter, how prepared were you for a once-in-a-century pandemic that resulted in a national lock-down which, in turn, brought unemployment to depression-era levels?

Can’t happen here? A number of disastrous events that were not on anyone’s radar just did happen here.

Don’t be too quick to dismiss the possibility that more unexpected and unpleasant surprises are on the way from another quarter. After all, the raison d’être of Islam is the spread of Islam. In case you haven’t consulted the Koran recently, the long-term goal of Islam is to subjugate the whole world to Allah. If that sounds like the megalomaniac delusion of a villain in an Ian Fleming thriller, consider that Islam has made far more progress in the world-takeover department than SMERSH or SPECTRE could ever hope for. And, indeed, in almost every corner of the globe, Islam keeps extending its reach—in Nigeria, the Central African Republic, the Philippines, Lebanon, India, and, of course, in Europe where appeasement of Muslim demands has become the order of the day.

Many Americans, however, would insist that we are immune to Islamization. We’re different from all those other places. One of our first flags featured a rattlesnake and a “Don’t Tread on Me” warning. We cherish our liberty and will fight to defend it. Or so we tell ourselves. On the other hand, America has not proven itself immune to leftist propaganda and intimidation. Leftists of various stripes have been treading all over our cities with impunity in recent months. And when suburbanites post “Black Lives Matter” signs on their lawns in the hope that the vandals will tread on someone else’s lawn, it signals that something has gone out of the national character. If we can’t resist the threat from the left, why suppose that we will be able to resist Islamic intimidation and propaganda—especially when Islamists already enjoy the support of the “progressive” left and their many institutional backers?

Perhaps the essential factor in our failure to stand up to the leftist mobs is a lack of cultural confidence. After decades of educational and media indoctrination, many Americans have come to believe that America really is a racist and discriminatory society without any redeeming qualities. They believe, in short, that America is not worth defending.

So, when statues are torn down, churches vandalized, and America’s founders maligned, a good many of our miseducated citizenry conclude that we had it coming. When communist-style purges are conducted against those who won’t assent to leftist doctrine, the woke among us don’t recognize it as such. They haven’t been taught much about communism or about purges. But they have been taught about the sins of America. In fact, that’s pretty much all they know. And so, the purges being conducted by the cancel culture seem perfectly justified to those who are only shallowly rooted in their own culture.

Likewise, the woke don’t know much about Islam except that it’s a religion of peace, a victim of Western imperialism, and a protected diversity. From the woke point of view, only an “Islamophobe” would question the intentions of Islamic activists.

The best indication that Islamization can happen here is that it’s already happening in large parts of Europe. A number of observers are predicting that several European countries will fall under Islamic control within two decades. This slow-motion takeover is partly due to Islamic immigration and high Muslim birthrates, but also to the fact that Europe’s aging native population is losing the will to resist. That’s understandable. It’s difficult to resist when your hands are occupied with maneuvering your walker.

But the will to resist is not simply a factor of age. It’s also bound up with one’s sense of meaning—something that is usually found in religious faith and in family life. Unfortunately, Europe is a post-Christian, post-family society. The fastest growing segment of the population is Muslim and the vast majority of newly built houses of worship are mosques. It’s beginning to look like the future of Europe will be an Islamic future.

How about the U.S? The situation is different isn’t it? Well, yes. The population is younger than Europe’s. Although family ties are frayed, people still believe in having families. And, although church attendance has declined, Christianity is still a powerful force in many people’s lives.

So, a sudden turn to Islam would seem unlikely. Yet, a sudden turn to Marxism also seemed unlikely. What needs to be understood is that the hard-left lurch we are now experiencing didn’t come out of nowhere. It was the result of long planning and gradual infiltration. For decades, leftists have been tunneling under the foundations of American Society—school, family, church, and free enterprise. It should come as no surprise that we would eventually suffer a collapse of some of our key social institutions.

Likewise, Islamic activism is not a recent development in America. Cultural (or stealth) jihadists have been active since the mid-sixties, carefully laying the groundwork for the eventual triumph of Islamic values over American values. A Muslim Brotherhood memorandum which was dated May 22, 1991, but not discovered by the FBI until years later, envisioned a “grand jihad:”

The Ikhwan [Brotherhood] must understood that their work in America is a kind of grand jihad in eliminating and destroying the Western civilization from within…so that…God’s religion is made victorious over all other religions.

Under the Obama administration, the grand jihad flourished. Hillary Clinton’s State Department worked closely with the Organization of the Islamic Cooperation to censor criticism of Islam. And, with American support, the Muslim Brotherhood quickly came to power in Egypt. Meanwhile, Islamic activist organizations came up with their own version of “defund the police”—one that could more accurately be described as “defang the security establishment.” In 2011, a coalition of these groups demanded a purge of training materials used by the FBI, Homeland Security, the Pentagon and more than a dozen other security agencies. The aim was to eliminate any material that was offensive to Islam, and the result was that these agencies were forbidden to draw any connection between Islamic terror and Islamic doctrine. One consequence was that numerous jihad terror attacks which might have been prevented were not.

In some places, the police were also targeted. In New York City, one coalition of Muslim groups actually did manage to abolish one police unit—the highly effective division that was in charge of surveilling the Muslim community for signs of radicalization.

As with the left, another main target of the cultural jihadists was the universities. Since 2012, according to a Clarion Project study, Saudi Arabia, Qatar, and other Arab states have poured billions of dollars into dozens of major universities with the result that American students are graduating with both pro-left and pro-Islam sentiments.

There’s not enough space here to go into the various alliances between leftists and Islamists, but let’s consider one important, but little-known example. During the lead-up to the 1979 Iranian Revolution, leftists and Islamists worked together to overthrow the Shah. Many in the West don’t recall that the Iranian Revolution was initially a secular/leftist/progressive revolution which was then hijacked by a relatively small group of fundamentalist Muslims led by Ayatollah Khomeini.

After decades of social reform under the two shahs, Iran had become largely secularized and Westernized. Nevertheless, Iranian utopians could still conceive of a more democratic and progressive government than the one provided by the Shah. What most couldn’t conceive of was a return to the despotic and oppressive rule of the ayatollahs and imams. But that’s what they got.

Complacent in the belief that fundamentalist Islam could never make a comeback, the progressives made a bargain with the Devil—and suffered the consequences.

There’s a lesson in this bit of not-so-ancient history for our own uncertain times. In light of all that’s happened in the last seven months, we can’t afford to be sure of anything. And we certainly can’t afford to be complacent about Islam.

Right now, the greater threat appears to come from the left, but don’t discount Islam’s 1400-year record of cultural and geographical conquest. Islamic activists are laying low for the time being, observing how the leftist revolution will play out. By now, they have undoubtedly noted that America’s will to resist is much weaker than anyone had previously imagined.

This article originally appeared in the September 6, 2020 edition of Catholic World Report.