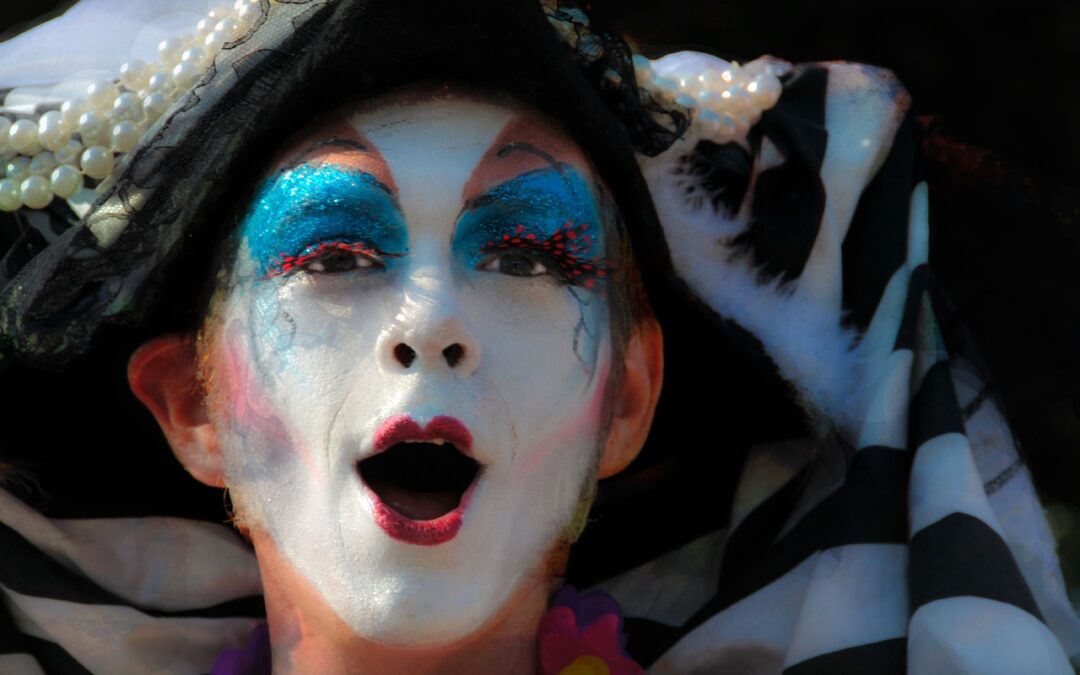 The president implies that God supports his gender agenda. How does he know?

So reads a headline in a LifeSite News piece reporting on a statement issued by President Biden on International Women’s Day.

Biden didn’t put it quite so bluntly.  The part of the statement in question reads, “Every person deserves the chance to live up to their full God-given potential without regard for gender or other factors.”  But it’s obvious from the rest of the statement that pregnancy is one of those “other factors” that might get in the way of reaching one’s full potential.

It’s an odd way of thinking.  Biden almost seems to be saying that God endorses abortion if giving birth might interfere with the development of other potentials.

Our “full God-given potential”?  Never mind the “God-given” part, “full potential” is in itself a very slippery concept. It’s a term that owes more to human potential psychology than to Christian theology. We all have many potentials as human beings. But does God want us to fulfill all of them?  How about our potential to become a drug addict, a career criminal, a rapist, or a hit-man?

Biden’s statement ends with a plea to work for “limitless possibilities for all.”  But no person ever has or ever will have “limitless possibilities.”  It’s a well-known fact of life that fulfilling one potential cancels out the possibility (or desirability) of fulfilling certain other potentials.  A person who fulfills his ambition of becoming a world-champion sumo wrestler will in all likelihood have to forgo his hopes of becoming an Olympic figure skater.

Biden’s statement unintentionally acknowledges that life puts limits on our potentials when he says:

“Yet too often, in too many places, women and girls face obstacles that limit their possibilities and undermine their participation in economic, political, and social life.”

One of the obstacles that Biden has in mind is motherhood.  Once you take on the responsibilities of raising children, other possibilities that you might have pursued have to be put on hold or else abandoned altogether.

On the other hand, raising children opens up horizons and possibilities that are closed to the childless.  At one time, motherhood was looked upon not as one option among many, but as one of the primary purposes of life.

At one point in the statement Biden seems to worry that lack of “reproductive rights” (i.e., abortion) might affect a woman’s “labor force participation.”  But raising children is also important work. As the nation’s premier “devout Catholic,” Biden must surely be familiar with Catholic teaching on the subject.  Here’s an excerpt from The Catechism of the Catholic Church:

“The family is the original cell of social life.  It is the natural society in which husband and wife are called to give themselves in love and in the gift of life.  Authority, stability, and a life of relationships within the family constitute the foundations for freedom, security, and fraternity within society.  The family is the community in which, from childhood, one can learn moral values, begin to honor God, and make good use of freedom.  Family life is an initiation into life in society.” (2207)

But why, one might ask, must the responsibility of bearing and raising children fall so heavily on women?  The answer, to borrow a phrase from Biden, is our “God-given” biology.

But you can pretend that they do.  And you can try to enforce the pretense with the force of law.

Although Biden gives a nod to equal rights for women, his real interest these days is in equal rights for transgenders.  He has said that transgender rights are “the civil rights issue of our time.”  Predictably, his statement on International Women’s Day is peppered with references to his administration’s National Strategy on Gender Equity and Equality.

When Biden talks about “every persons…chance to live up to their full God-given potential,” he not only means a woman’s right to be a five-star general, but also a boy’s right to be a girl, and a girl’s right to be a boy—or whatever else they desire to be.

Thus, the Biden administration has contested the right of states to keep boys out of girls’ sports, and most recently, it has opposed Texas Governor Greg Abbot’s directive to state agencies to treat hormone drugs and sex change surgeries for minors as child abuse.

Such procedures can result in irreversible damage to children.  One such side effect is permanent sterilization.  And Biden’s lack of objection to these life-altering procedures makes one wonder just how much he cares about “God-given potentials.”  Despite much insistence to the contrary, girls don’t have the potential to be fathers.  Now, thanks to the mad-scientist procedures foisted on gender-confused youngsters, they won’t have the potential to be mothers either.

Limitless possibilities?  One of the chief ways in which men and women find meaning in life is by bringing children into the world.  The medical interventions of the gender fanatics cut children off from that possibility.  And the evidence suggests that such procedures will also cut their lives short.  Among the many dangerous side effects of the puberty-blocking drugs are mood disorders, cognitive impairment, seizures, stroke and heart attack.

Nevertheless, in his State of the Union address, Biden encourages boys and girls who identify as transgender to “reach your God-given potential.”  There it is again:  the phrase “God-given potential.”  But according to the Bible, God created only two genders within which men and women can actualize themselves.  Genesis 1: 27 says “male and female he created them.”  Try as you might, you won’t find any references to “transgender” in Genesis or anywhere else in scripture.  As the Catholic Catechism states: “By creating the human being man and woman, God gives personal dignity equally to the one and the other.  Each of them, man and woman, should acknowledge and accept his sexual identity.”

As an act of compassion, Catholic bishops ought to take pity on gender-confused Joe Biden, and set him straight on the issue.

It might also be considered an act of self-defense.  The Biden administration is the most anti-Catholic/anti-Christian administration in history.  And the Equality Act is the icing on the cake.  Among other things, it would force religious schools to hire homosexuals and transgenders and it could be used to impose legal sanctions on the Catholic Church for refusing to ordain women.

Fortunately, after their initial enthusiasm over the election of a second Catholic president, many of the bishops now understand that Biden represents a massive threat to Christians.  In February 2021 in a strongly-worded statement, the pro-life committee of the United States Conference of Catholic Bishops (USCCB) issued a harsh criticism of the proposed Equality Act.  In the same month, five committee chairmen of the USCCB wrote a letter to members of Congress expressing their opposition to the bill.

If Biden insists on bringing God into the picture and portraying him as an advocate for the transgender agenda, the bishops are justified in hitting back.

But they need to hit back harder.  The stakes are very high not only for Catholics but also for other Christians and for Jews.

The Biden administration wants to put religion in its place, or—more accurately—it wants to take the place of religion in our lives.  It wants to dictate what is right and wrong.  Moreover, it seeks to indoctrinate young people in the belief that what was thought right in the past is now wrong; and what was once thought immoral is now virtuous.

Strongly-worded statements are a good start; and so are letters to members of Congress.  But much more is needed.  Statements issued by the U.S. Bishops Conference rarely filter down into the public or even the Catholic consciousness.

The bishops need to find more creative ways of getting their message out:  open letters published in major papers, petitions signed by hundreds of bishops, rallies featuring prominent prelates, marches on Washington led by bishops, and increased pressure on Rome to let them deny communion to pro-abortion politicians.

The current effort to push gender-confused children into undergoing life-altering medical procedures has been compared by some commentators to Dr. Frankenstein’s mad experiments.

That seems an apt analogy.  Children are literally being cut-up and stitched together in the service of an ideological craze that flies in the face of both divine and natural law.  Yet, the Biden-backed Equality Act will make it all perfectly legal.

It is with good reason that American bishops have sometimes been characterized as “The Democratic Party at prayer” (the same charge has been leveled at Reform Judaism).  It’s no secret that, for many years, the bishops have leaned to the left-liberal side of the political spectrum.

So they are, in part, responsible for the creation of the Frankenstein monster otherwise known as today’s Democratic Party.  Their responsibility now is to help kill and bury the creature.  They can start with the Equality Act.

If they hope to emulate the Good Shepherd, they must act to protect the nation’s children from the wolves in white lab coats, and also from their enablers in the White House.

This article originally appeared in the March 16, 2022 edition of FrontPage.