Jihad and the Complexities of Immigration 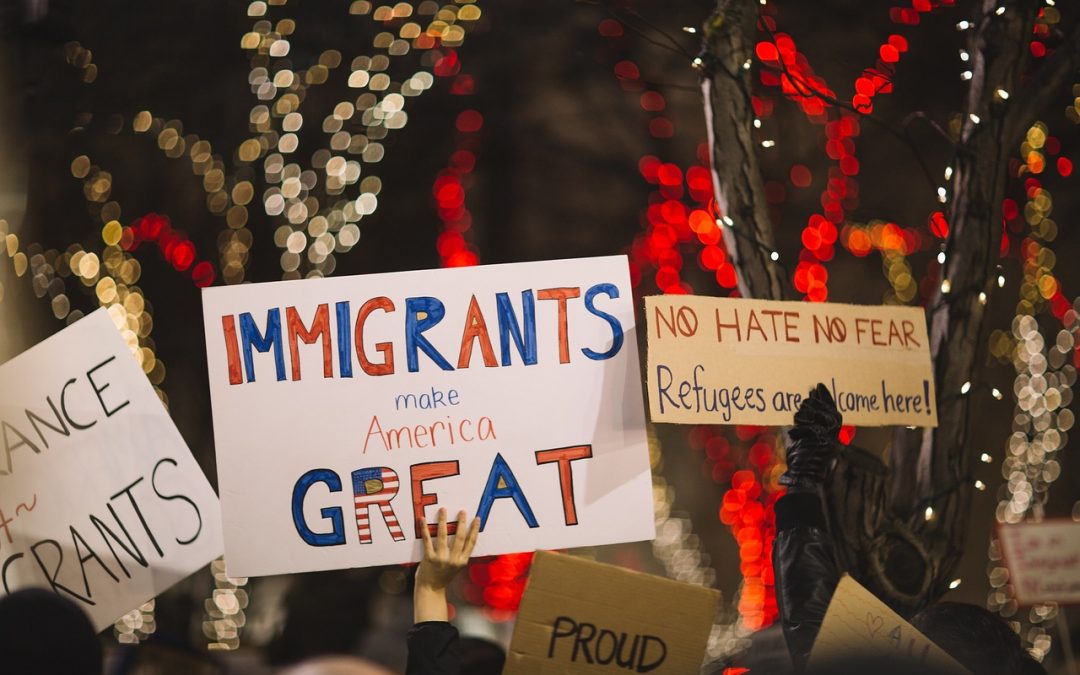 It’s time for Catholics to move beyond the level of “If you close the door on immigrants, you’re closing the door on Jesus,” and think more rigorously about the subject.

In a recent CWR essay on the massacre of 10 people in Boulder, Colorado by a Muslim, I made the point that the media, with few exceptions, wants us to believe that jihad has nothing to do with Islam. Typically, reporters and commentators will go to great lengths to distract your attention from the Islamic nature of a jihad attack.

They also want you to believe that jihad has nothing to do with immigration. The March 22nd attack on the King Soopers supermarket in Boulder was framed as a gun control story by the media, but it might, more accurately, have been framed as a Muslim immigration control story.

As a child, the shooter, Ahmad Al Issa, immigrated with his family from Syria—a country that was subsequently placed along with six other nations on the Muslim travel ban list. Al Issa was able to commit jihad in Colorado because his family was allowed to immigrate to America from a volatile area in the Middle-East.

Many of the news reports did mention that Al Issa’s family came from Syria. But that was all. Although a large number of stories linked the massacre to the gun-control issue, none that I read made any connection to the immigration issue. Yet many jihad attacks in America have been committed by Muslim migrants or by a child of Muslim migrants or (as in the case of the 9/11 attack), by Muslims with visitor visas.

However, the pattern of Muslim immigrant jihad violence is much clearer to see in Europe. Although Americans rarely hear about it, knife, gun, and vehicular attacks by Muslims are now an almost daily occurrence in European cities and towns. But how did all those knife-wielding and gun-toting jihadists end up in Europe? Why are there now so many Muslims in Denmark, Sweden, Norway, Germany, the UK and France? The answer is immigration. And, in recent years, the immigration has been on a mass scale.

Of course, not all Muslim migrants to Europe end up as criminals, but as the Muslim population has increased, European crime rates have jumped dramatically. And so has the rate of violent jihad attacks. In fact, the number of large-scale jihad attacks in Europe far exceed those in the U.S. The Bataclan Theatre attack in Paris took over a hundred lives. So did the commuter train bombings in Madrid. The London tube and bus bombings resulted in 52 deaths. The truck jihadist in Nice took 86 lives, and injured over 450 others, many of them children. Less than a year later at an arena in Manchester, a jihadist killed 22 and injured over 1,000, many of them children. And that is only the short list.

There are many more jihad attacks in Europe than in the U.S. because there is much more Muslim migration into Europe. But the situation in the U.S. can change rapidly because of the new administration’s open borders policy and, in particular, its reversal of President Trump’s “Muslim travel ban.”

Unfortunately, the connection between violence and Muslim immigration into both the U.S. and Europe is rarely discussed—either in media circles or in Church circles. In his statement following the Boulder shooting, Archbishop Paul Coakley noted that the bishops “have long promoted prudent measures of gun control to limit mass shootings.” But when have the bishops ever promoted prudent measures to control Muslim migration in order to limit the resulting violence?

True, the American bishops have made an occasional nod in the direction of having Muslim migrants carefully vetted—but they don’t explain why such vetting might be needed. Indeed, the number of bishops in the U.S and Europe who have dared to acknowledge the connection between violence and Islamic immigration can probably be counted on the fingers of one hand. Western bishops have been much more likely to encourage Muslim migration than to discourage it. In Europe, the Catholic Church has become the loudest voice in favor of Muslim migration. At the same time, however, polls show that a majority of Europeans now favor a complete halt to Muslim immigration.

Immigration is not a simple issue but many Catholic leaders have treated it in a simplistic way. The attitude of many in the hierarchy seems to be that immigration is an unreservedly good thing, and therefore all Catholics ought to be for it. Moreover, Church leaders tend to offer slogans rather than reasoned arguments, e.g., “in the face of the migrant we see the face of Jesus.”

There is of course a strong Biblical case for welcoming the immigrant because, as Jesus says in the Gospel, “I was a stranger and you welcomed me.” That in itself seems to make the case for opening the borders wide. But the Catholic Church has always emphasized the importance of reconciling scripture with reason. Jesus did not seem to be making an argument for mass migration or for throwing caution to the wind. In fact, many of Christ’s parables recommend caution and prudence. And inviting millions of strangers, many of whom bear contempt for your culture, into your nation seems neither prudent nor reasonable.

In short, it’s time for Catholics to move beyond the level of “If you close the door on immigrants, you’re closing the door on Jesus,” and think more rigorously about the subject. A good place to start is The Catechism of the Catholic Church. For example, it speaks of “the immigrants’ duties toward their country of adoption.” Thus, immigrants are “obliged to respect with gratitude the material and spiritual heritage of the country that receives them, to obey its laws and to assist in carrying civic burdens” (2241).

Most of us have been brought up in the belief that human nature is the same everywhere, and so we tend to assume that most immigrants, once they see what a nice society we have, will be happy to assimilate. But if human nature is the same everywhere, cultures are certainly not. The differences between cultures can sometimes be quite radical. And religiously observant Muslims from sharia-compliant Islamic societies can be especially resistant to assimilation.

In fact, Islam is a supremacist religion that teaches that Muslims are “the best of peoples” and that non-Muslims are several rungs lower in the eyes of Allah. Individual Muslims can be fine and unassuming people, but they are under considerable social pressure to consider themselves, their culture, and their religion to be superior to the peoples, cultures, and religions of other societies. Why, then, should they be expected to assimilate to an inferior culture and “respect with gratitude [its] material and spiritual heritage”?

The answer is that many Muslims don’t—certainly not in comparison to other migrants from other societies where there is no obligation to hate your hosts. According to Islam scholar Raymond Ibrahim, a fatwa issued by the nation of Qatar (a supposed U.S. friend and ally) requires any Muslim who lives in a non-Muslim nation “to hate his adopted nation and its ‘infidel’ citizens.” The fatwa, which is based on Koranic texts, states that Muslims who emigrate must have “enmity and hatred for the infidels, staying far from their loyalty and love—for loyalty and love for them contradicts the faith.”

Why would Muslims want to live among infidels in the first place? Well, for the same reasons that non-Muslims emigrate—for more opportunities, for better wages, to escape persecution, and so on. But for some Muslims there is an additional motive—namely, to spread the faith. As Solomon and Maqdisi point out in their 2009 book Modern Day Trojan Horse, Islam seems to be the only religion with a well-established doctrine of conquest through immigration.

Countries which receive migrants ought to be able to take these distinctive features of Islamic culture and religion into consideration, but most do not. To do so would be considered “nationalistic,” “xenophobic,” and “Islamophobic.” This self-imposed blindness ensures that what is now a very bad situation will only grow worse. Not a few observers have predicted that the combination of politically correct immigration policies and jihad intimidation will eventually lead to the Islamization of Europe—and probably sooner rather than later.

Of course, Boulder is a long way from Berlin, and we can comfort ourselves with the thought that it can’t happen here. There may be a few jihad attacks in our future, we tell ourselves, but nothing on the scale of what’s happened in Europe or Nigeria—nothing we can’t handle.

But if the past year has taught us anything, it has taught us that many of the things we once thought couldn’t happen here are now happening here. And worse is yet to come if we don’t rethink our fashionable but naïve policies about Islam and immigration.

This article originally appeared in the April 20, 2021 edition of Catholic World Report.