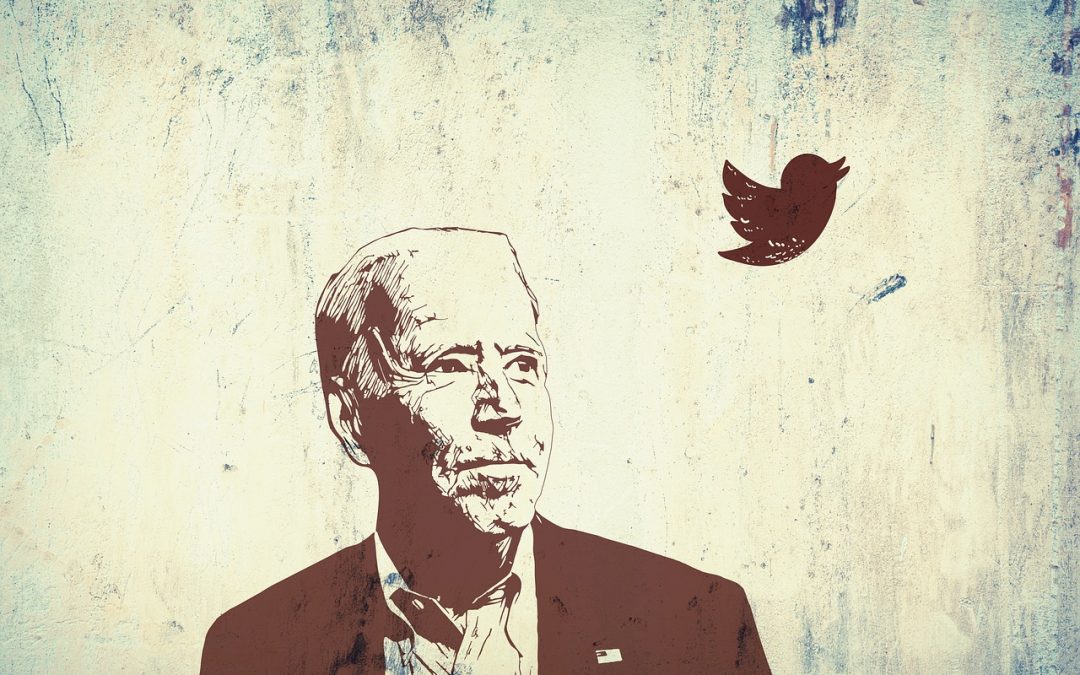 Suppose you were watching a recent edition of The Ingraham Angle on Fox News with your 12-year-old son or daughter. Laura Ingraham and Raymond Arroyo were discussing President Biden’s incoherent responses to questions posed to him during a CNN Townhall event. Here’s a transcript of one Biden reply from a video clip played by Ingraham:

And the question is whether or not we should be in a position where you are—why can’t the experts say we know that this virus is, in fact—is, is, is going to be—or, excuse me—we, we, we know why all the drugs approved are not temporarily approved, but permanently approved.

As you might expect, Ingraham and Arroyo didn’t hide their amusement. Here’s another example of Biden’s bumbling responses:

I don’t know how your child would respond, but I can imagine that some sensitive twelve-year-olds might react by saying, “They shouldn’t make fun of him.” And if Joe Biden was just a private citizen, they would be absolutely right. But other children, recognizing that Biden is, in fact, a very public figure whose decisions affect the lives of hundreds of millions of people, might have a different reaction. They might ask, “How did he get to be president?” Or they might wonder, “Can’t they make him resign?”

Those are questions that a lot of adults ought to be asking. That this is the leader of the free world doesn’t bode well for the free world. Biden’s bouts of confusion may tempt other world leaders to take advantage of the uncertain status of the Chief Executive. Something, in short, is obviously wrong. Yet a great many people—like the townspeople in The Emperor’s New Clothes—prefer not to notice. Some in the liberal media play down the story of Biden’s ramblings, and some simply look the other way.

How much longer can this go on without endangering the Republic? That’s the practical question. But there are ethical questions as well. The first question that comes to mind is “What kind of a man is Joe Biden?” As the term implies, “cognitive decline” is a slow process. Elderly people who are losing their memory don’t suddenly fall out of touch with reality. They may forget words and occasionally suffer “brain freeze,” but most of the time they can still think clearly.

What’s more, most people who are suffering this kind of decline are aware of their mental slippage, and they alternately joke and complain about it. Moreover, memory loss doesn’t necessarily entail a loss of prudence. Most people who are experiencing these kinds of problems know enough not to put themselves in situations that demand quick thinking and mental alertness. They know better than to apply for a position as an air traffic controller, or to campaign for the presidency of the United States.

Unless of course, they are extremely vain, or power hungry, or lacking in good judgment—or all three.

Whatever the case may be with Biden, what about the people who put him forward as the Democratic Party nominee? It may be that Biden himself lacked the necessary self-awareness to see what was coming. But there must have been many in the Democratic establishment who could see that Biden was on the borderline and that he might soon be unfit for office. What does it say about them that they were willing to push ahead anyway—to put party ahead of country?

And what was their motive? Did they see Biden as a placeholder who would soon step aside in favor of a younger party member? Or did they see him as someone who could be easily manipulated precisely because of his declining faculties?

How about the U.S. Catholic hierarchy? It wasn’t until very late in the game that they seemed to realize that Biden would not only be the second Catholic president but also the first anti-Catholic Catholic president. There wasn’t much excuse for their failure to catch on. There were already many signs that Biden had no use for Catholic teaching: his clear pro-abortion record; his willingness to officiate at a gay wedding; his claim that transgenderism is the civil rights issue of our time. The bishops seemed to be waiting for a sign despite the fact that many signs had already been given to them.

And this brings us to a discussion of the supernatural side of things. This is a time of great confusion. And in such times, it stands to reason that God would provide signs to help us find our way through the fog.

Our present confusion is over the nature of reality itself. A number of people in our society have lost touch with certain essential realities. And because these people wield considerable power, they are demanding that the rest of us assent to their delusional version of reality. Thus, you are required to agree that there are many different genders, that girls can become boys, that men can become pregnant, and that letting boys into the girls’ changing rooms is perfectly normal and desirable. Moreover, you’re not supposed to notice that Joe Biden—one of the chief proponents of unreality—is no longer playing with a full deck.

Is it possible that Joe Biden’s deterioration is a sign from God—a sign of what happens to a society that ignores the reality God has created and insists on creating its own? Although Biden is Commander-in-Chief of the Army, Navy, and Air Force, he is, quite visibly, no longer in control of himself. Like the prideful characters in the banquet scene in C.S. Lewis’s novel That Hideous Strength, Biden intends to say something lucid, but what comes out of his mouth is pure babble.

During these lapses, Biden seems to be waiting for instructions. All those puppet-on-a-string caricatures of him suddenly seem believable. He looks more and more like a ventriloquist’s dummy or a mechanical wind-up toy. The new animatronic Joe Biden in Disney World’s “Hall of Presidents” looks more lifelike than the President himself.

I say this not to be cruel to Biden who is, after all, our equal in the sight of God. But, in another sense, as Orwell might say, he is more equal than the rest of us. Biden, in short, is not just your average Joe. He has become a sign or symbol of something larger. The point is that he has become the poster boy—or, more accurately, the poster old man—of an ideological movement that seeks to upend the order created by God. This is the man that has been chosen by a certain segment of our society to represent them and their ideology. And the lesson is that what is happening to Biden is the end result of that ideology.

In an essay on the “new Babel,” Fr. Paul Scalia puts the matter nicely:

We are witnessing the construction of a new Babel. Ours is a post-Christian society, an anti-culture that has rejected the Word of God. In our pride, we want on our own terms and by our own accomplishments what creatures can only receive from God. We have thrown off His reality—about gender, sex, life, etc.—and tried to construct our own.

Ironically, by means of his unintelligible meanderings, President Biden has made all of this much more visible than it might otherwise have been.

This article originally appeared in the July 27, 2021 edition of Crisis.