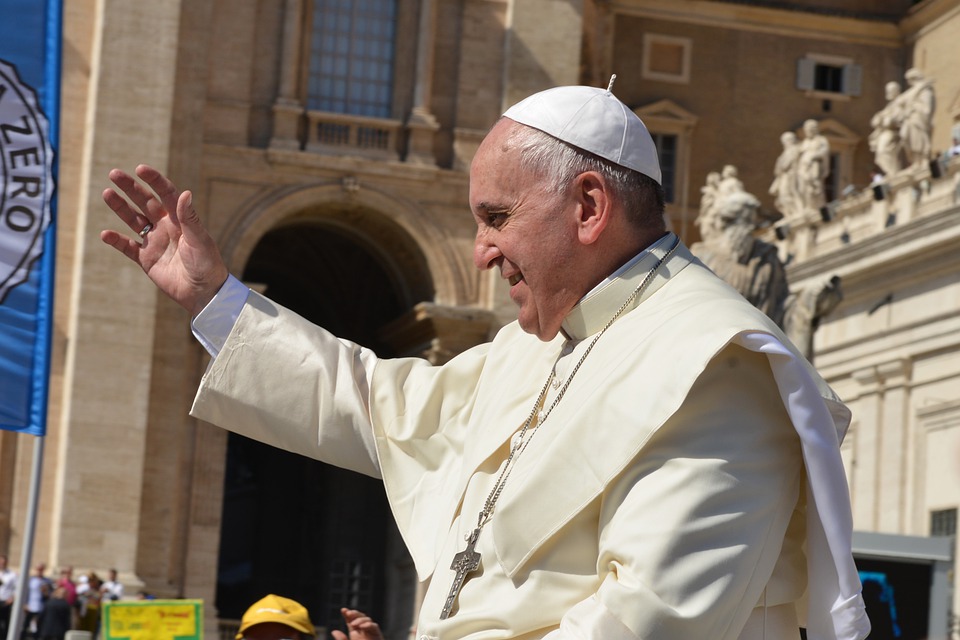 “Horrendous violence has engulfed much of the Islamic world, from Central Asia through the Middle East to Africa.”

Hmm.  Sounds like the ravings of a deluded “Islamophobe.”—the kind of extremist rhetoric one might expect from Robert Spencer, Raymond Ibrahim, or William Kilpatrick.  Whoever uttered that slander against Islam must not have paid attention to the assurances of Pope Francis that Islam is a religion of peace, and violence is the work of a tiny minority who pervert their religion.

Actually, the quote above is from a recent article for the Wall Street Journal penned by Yahya Cholil Staquf, the general secretary of Indonesia’s Nahdlatul Ulama which, according to the author, is “the world’s largest independent Muslim organization.”

Contrary to the Western establishment view, Mr. Staquf contends that extremism is widespread in the Muslim world.  Moreover, says Staquf, the radical ideology of the extremists is rooted in traditional Islamic tenets and texts:

Portions of classical Islamic law mandate Islamic supremacy, encourage enmity toward non-Muslims, and require the establishment of a universal Islamic state, or caliphate.  ISIS is not an aberration from history.

Mr. Staquf admits that there is a violence problem in the Muslim world, and that the violence stems from classical orthodox Islamic texts and teachings.  So far, so good.  His assessment of the situation is far more realistic than the establishment view currently popular among secular and Catholic elites. Still, despite his sensible diagnosis, his remedy leaves much to be desired. Staquf’s solution to the problem of Islam’s extremist ideology is to “recontextualize its teachings.”

“Recontextualize”?  The use of a twenty-dollar word is usually a tip-off that what you’re about to read wouldn’t be very convincing if expressed in plain language.  As far as I can tell, “recontextualize” means that Mr. Staquf and a group of like-minded Muslim scholars would go through the Koran, the Hadith, the Sira, and the law books, and delete all the parts that are offensive to the modern mind.  This “reform” would “ensure that Islamic teaching and practice embody universal love and compassion, the primary message of Islam.”

But if you expunge all the violent and discriminatory parts of Islam’s essential texts, all you would have left are some slim volumes.  If you only retained the “universal love and compassion” parts, they would be more slender still.

As is usually the case, moderate Muslims can’t produce more than a few quotations (Staquf provides none) to justify the claim that Islam is moderate, while extremists can and do cite hundreds of passages from the Koran and other texts in order to make the case that Islam is the supreme religion which is meant to dominate the world—by violence if necessary.  Why are the extremists so sure?  Because, they reply, God has revealed it through his prophet Muhammad.

Curiously, or perhaps not so curiously, there is no mention of God or Muhammad in Staquf’s article.  The closest he comes to using religious language is to speak of the “unchanging spiritual essence of religion.”  The reason for this shyness is not difficult to find.  At the bottom of the piece, we find that Mr. Staquf is a co-founder of a group called “Humanitarian Islam.”

Islam is not a man-centered religion.  But “humanitarian Islam” obviously is.  Yahya Staquf seems to look upon religion as a man-made construct which can be shaped by men to better conform to the needs of a “globalized, pluralistic world.”  This malleable version of Islam may go down well with readers of the Wall Street Journal, but it will be a hard sell to all those Muslims—the vast majority—who believe that Islam is the true and unchangeable religion revealed by God.

By all indications, humanitarian Islam is not catching on.  The news brings almost daily reports of Christians being massacred by the dozens at the hands of Muslims in Nigeria and other parts of Africa.  In Pakistan, young girls are kidnapped, raped, and then forced to convert and marry their rapist.  In Europe, knife and auto attacks against citizens by jihadists have become common.  Meanwhile, Iranian officials lead citizens in chants of “death to America,” and President Erdogan of Turkey has openly threatened several European countries, while making plain his intention to re-establish the Islamic Caliphate.  Staquf notes that “nearly a generation after 9/11, the world has made little progress in freeing itself from the threat of radical Islam.”

Ironically, one of the chief reasons that the threat of radical Islam has not gone away is the persistence of a kind of warped humanitarianism in Western societies.

When it loses its bearings, the humanitarian instinct can become a dangerous thing.  I’m not thinking here of the obvious examples of violent movements that were sold as social reform movements; but it’s worth noting that both the Nazi Party platform under Hitler, and the Communist Party platform under Stalin were packed with promises of social programs such as free education, free healthcare, social security for the elderly, and so on.

The Bible instructs us to “love your neighbor,” but nowhere does it encourage us to “love your neighbor’s ideology.”  However, our society has become so sensitized to the “other” and the other’s feelings, that many of us have gotten in the habit of thinking that we must not question our neighbor’s ideology.  To express doubts about his belief system would be “offensive.”  In order to accomplish this leap of faith, however, we first have to convince ourselves that there is nothing dangerous about his belief system—that, in fact, it very much resembles our own.

Thus, although Islam has a long record of violence, Western societies have created a sanitized version of Islam.  It is, according to the official version, a religion of peace and justice.  Moreover, unlike other religions, it has, we are told, nothing to do with violence.

In short, despite the grave threat that Islam poses to our society, we refuse to acknowledge the danger.  In what is very much a battle of ideas, we have voluntarily disarmed ourselves.

The Document on Human Fraternity for World Peace and Living Together which Pope Francis and Grand Imam Al-Tayyeb signed two years ago is more of a humanist manifesto than a religious statement. It assumes that all religions are on the threshold of achieving human fraternity. And it assumes further that acts of terror committed in the name of religion are “the consequence of a deviation from religious teachings.”

This, of course, is pie-in-the-sky. Moreover, it contradicts Mr. Staquf’s assertion that violence in Islam is the direct result of certain Islamic teachings. If Staquf’s vision of a humanitarian Islam is also pie-in-the-sky, he, at least, knows enough about Islam to realize that the pie is still a great distance away.  By contrast, Francis’s naivete on the subject seems almost invincible. What’s more, it’s a dangerous naivete.  The deceptive notion that Islam is on the threshold of a humanistic breakthrough will only put Christians off their guard at a time when they should be on high alert.

As for Francis’s ill-advised suggestion that human fraternity will bring the world together…well, that topic deserves an article all to itself.