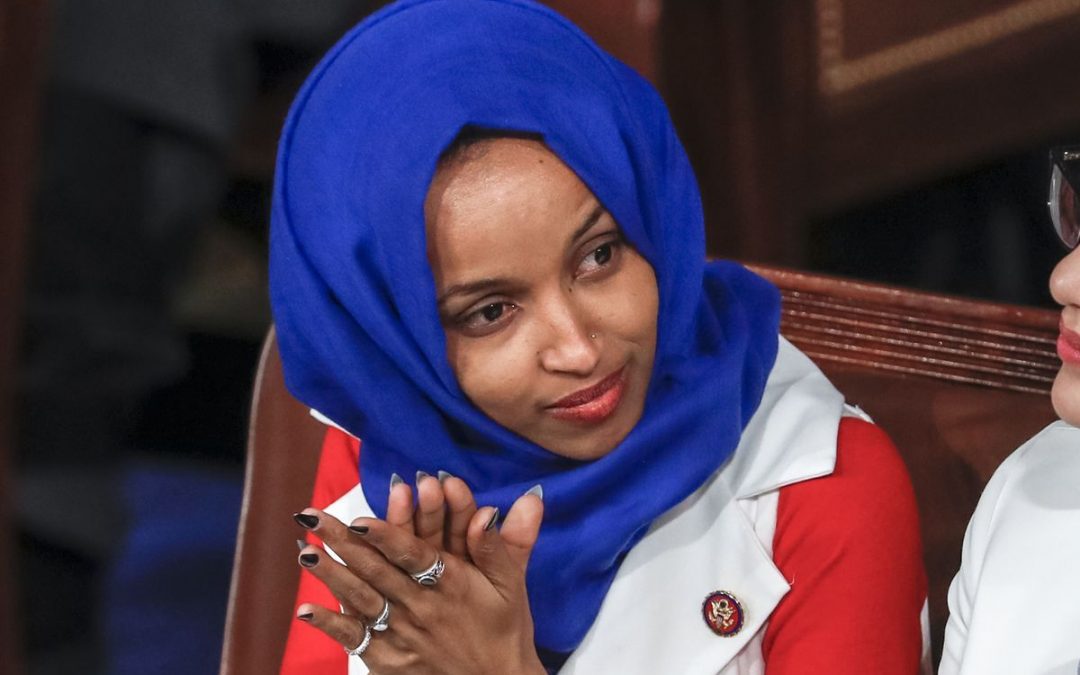 When I read articles about jihad attacks in other countries, I occasionally come across readers’ comments to the effect that the jihadist would be in for a big surprise if he tried to pull off a jihad attack in rural Pennsylvania or rural Mississippi or (insert your favorite gun-toting state here).

I cannot help thinking that a more likely scenario is one in which the commenter comes in for a big surprise when the police knock on his door and charge him with posting anti-Muslim hate messages on the Internet.

After all the years that have passed since 9/11, many American still misunderstand the nature of the Islamic threat. The main way that Islamic power advances in the West is not through terror attacks, but through stealth-jihad—the slow-motion co-option of our cultural and political institutions.

The battle against cultural jihad won’t be decided by rural militia and National Guard.  It will be decided in the courts, in schools, in churches, in newspapers and on TV, and in state and federal legislatures.

Many universities, for example, seem to have adopted a pro-hijab stance.  Faculty and student groups present the hijab as a symbol of a woman’s right to choose—in this case, to choose what clothes she will wear.  Thus, on International Hijab Day, students are encouraged to don the hijab in order to show solidarity with their Muslim sisters.

Having thus been primed to see the hijab as a symbol of choice and diversity, the typical college grad will have no difficulty understanding the decision by Fox News to suspend Judge Jeanine Pirro for her criticism of Representative Ilhan Omar’s wearing of the hijab.  Pirro suggested that Omar’s hijab might be “indicative of her adherence to sharia law.”  And that was enough to bring on the two week suspension.

But why, you may ask, make such a big deal about a minor issue like hijabs?  Is that the hill we want to take our stand on when there are so many bigger things to worry about?  The answer is that you need to make a big deal out of it because they (Muslims and their liberal allies) make a big deal of it.  Like LGBT activists, activists for Islamic causes are willing to fight over every inch of cultural territory.  Indeed, the hijab is sometimes used to claim not just cultural territory, but geographical territory as well.  This has become particularly apparent in Europe, where the presence of hijabs, burqas, halal restaurants and hookah parlors becomes a signal for non-Muslims to move out of the neighborhood before the virtue police move in.  The hijab is not just a fashion statement, It can also be a political statement—a way to establish a distinct identity while also establishing Islam in new neighborhoods and voting precincts as a powerful presence.  Cultural revolutions are sometimes built on small steps.  And each additional hijab wearer represents a small but effective step in the direction of sharia rule.

The hijab issue should be treated as a big deal because it really is a big deal.  How big?  In March, the Islamic Republic of Iran sentenced Nasrin Sotoudeh, a lawyer, to 38 years in prison and 148 lashes.  Her crime?  She defended women who had been arrested for not wearing the mandatory head scarf.

Despite what American college students may think, in some parts of the world wearing a hijab is not simply a life style choice.  Given that long stretches in Iranian prisons are not conducive to good health, it’s more of a life or death choice.

Muslim women, who are familiar with this side of the hijab story, are not particularly happy with their non-Muslim “sisters” in the West who don the hijab in a supposed show of solidarity with them.  Mashish Alinejad, an Iranian rights activist, made a short video in which she slammed women who are more interested in virtue signaling than in the plight of Iranian women.  Here’s what she said about Western women who wear head scarves when they visit Iran:

The female politicians who visit Iran, the tourists, the athletes, the actresses, all of them—when they go to my beautiful country, they say, ‘This is a cultural issue.  We wear it out of respect to the culture of Iran.’  Let me be clear with you, calling a discriminatory law part of our culture—this is an insult to a nation.

Or, as another Iranian women posted after viewing the video:

We all deserve freedom…not just you.

It’s not as if young Americans are unfamiliar with the idea that clothing can be a symbol of oppression, but to them it only applies to Christians.  They know all about The Handmaids Tale, and its depiction of subjugated women who are dressed all-alike and controlled by men, but they seem unable to recognize the real thing—the non-fictional oppression of women in the name of Islam.  When they see the hijab, they don’t see totalitarian uniformity, they see—as they’ve been taught to see—only rich diversity and lifestyle choices.

This attempt to normalize the hijab not only does a disservice to the many Muslim women who don’t have any choice about what they wear, it they also does a disservice to non-Muslim women.  How so?  Well, one function that the hijab serves is to draw a distinction between Muslim and non-Muslim women.  According to Dr. Tawfik Hamid, a former member of a radical Islamist group, “Its purpose, according to the most authentic hadiths and interpretations, is to create a society where superior free Muslim women are distinguished from inferior slave women…”  Specifically, the Muslim girls and women who wear the veil are protected from sexual abuse, and the non-Muslim slaves are not (see Koran 33: 59).

On many contemporary Islamic websites the consensus is that anyone who doesn’t wear a veil is asking for trouble.  From the strict Islamist view, loose hair equals loose women.  As these Islamists move into the West, they take this attitude with them.  While Vogue has been busy celebrating the hijab, sex slavery has come into vogue in the English Midlands, and in the more Moorish parts of France, French women have taken to wearing the hijab in public lest they be molested.

As the hijab becomes acceptable in a culture, so does the Islamic mindset that comes with it.  Women in the West who don the hijab for a day to declare their solidarity with Islam may discover that a day will come when they dare not go out without it. We’re in a culture war with Islam, and the hijab is a not insignificant part of it.  You may see the hijab as a lifestyle choice, but many Islamists view it as a key strategy for Islamization.  That’s why several European countries have placed restrictions on wearing the hijab, while enforcing outright bans on its cousins, the burqa and the niqab.

In America, the proliferation of the hijab will be difficult to resist.  To oppose it seems to put us at odds with our traditions of tolerance and respect for freedom of expression.  But not to resist may eventually lead to the extinction of those traditions. Because of the nature of this cultural struggle, the leadership of the resistance will have to come from the ranks of parents, teachers, clergy, writers, lawyers and legislators. Pennsylvania deer hunters can play their part by circulating petitions, withholding donations from pro-hijab universities, and voting very carefully.

This article originally appeared in the May issue of Crisis.