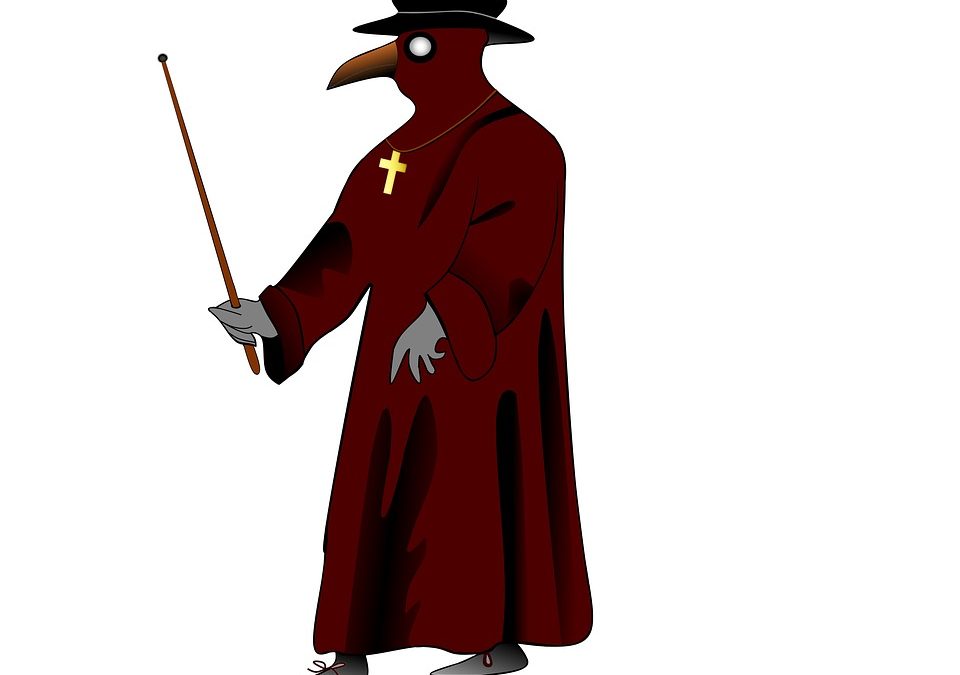 Whenever it began to thunder, my older brother and I, having reached a certain level of “sophistication,” liked to quip that “the gods must be angry.”  This was said in a knowing way and was meant to demonstrate our superiority to younger kids, and also to primitive people who didn’t realize that thunder could be completely explained by science.

Poor, benighted savages.  If only they knew a little science, they would have realized that the gods had nothing to do with it. Or so we thought. But, of course, we didn’t think very deeply about the matter. Science understood the mechanics of thunder and lightning, and that was all one needed to know. But never mind about the straw-man primitive gods that we airily dismissed; how about the God?  The God who created the heavens and the earth, the rain, the clouds, the ions and the atoms?  Having created the laws of nature, wouldn’t He be able to make natural processes serve His purposes?

These thoughts occurred to me while reading an address by Catholic historian Roberto de Mattei.  De Mattei points out that “God… has the power to arrange the mechanism of the forces and laws of nature in such a way as to produce a phenomenon according to the needs of his justice and mercy…Whoever has a supernatural spirit does not stop at the superficial level of things but seeks to understand the hidden design of God…”

Professor Mattei’s talk was, in part, a response to a statement by Cardinal Angelo Scola who denied that the coronavirus epidemic had anything to do with divine punishment for sin.  “One thing is certain,” said Scola, “this virus was not sent by God to punish sinful humanity. It is an effect of nature…”

Cardinal Scola was, in effect, rejecting the “primitive” view that “the gods must be angry.”  But does he think that God has nothing to do with Covid-19 or other natural catastrophes?  After all, even the dictionaries define a natural disaster—a hurricane, flood, or wildfire—as an “act of God,” and the term is still widely used in legal documents.  If natural disasters can have a supernatural dimension—if they are acts of God as well as acts of nature—what is His purpose in allowing them?

This ‘hidden design’ includes God’s chastisement of human beings for sins, which pertain to all of us, since we are all implicated in the fall of Adam, and no man… can claim to be without personal sin.

Even if we have no serious sins, we are all under the same judgment because of our relation to Adam. And it’s likely that our sins may be more serious than we think. We may not bear direct responsibility for the sexualization of society or for corruption in the Church, but how much have we really done to stop it? Have we chosen to look the other way? Has cowardice kept us from speaking out?

The possibility that Covid-19, besides being “an effect of nature,” is also a divine chastisement for the sins of many, raises some uncomfortable questions. Primarily, it makes us wonder if God is a good God.  But, as theologian Fr. Thomas Weinandy explains, it is precisely because God is good and because he wants us to be “holy and blameless before him” (Eph. 1: 4-5), that his cures for what ails us are far from painless:

Because he is goodness itself and love itself, God loves all that is good, and therefore, by his very nature, he must hate what is evil…If God tolerated or excused evil, or if he thought it to be of little account, he would not be all-good and all-loving, for he would sanction and so participate in evil itself…

But whether one thinks of the “act of God” as a punishment or a reminder, a question remains:  Why must it be so severe?  Couldn’t God show us that we have gone astray in more gentle ways—say, seven days of rainy weather accompanied by a bad cold?  Why does the reminder have to be a pandemic or a fire or a flood?

Here, we come to the question of our own nature and to the fact that we are all sinners.  Not only does our human nature incline us toward temptation, it also blinds us to the gravity of our sins.  In retrospect, we can sometimes see that our earlier sins were much more serious than we realized at the time.  But often, our present sins don’t seem that bad.  In fact, they often seem to us as mere misdemeanors– if we recognize them at all.

Fortunately, God understands this blindness. When Christ asked his Father to forgive his murderers “for they know not what they do,” he was speaking not only of Roman soldiers, but of all of us.

Since Christ died to atone for our sins, the manner of his death should tell us a lot about the awful consequences of sin.  But many are unfamiliar with the gospel story, and many who are familiar ignore it or dismiss it or forget it.  It stands to reason, then, that beyond the fact that God died for our sins, further shocks are sometimes needed to wake us up both to the goodness of God and to our own call to goodness.

Some Christian apologists maintain that God is a gentleman and, therefore, never forces us to be good against our will.  It’s true that God doesn’t overrule our free choice, but the idea needs qualification.  Although God doesn’t force us, it seems that he often provides strong inducements to help us choose the right path.  And many of these inducements can hardly be considered gentle.  After all, many conversions only come after the sinner has hit rock bottom.  It may be that Christ sometimes comes to us in the guise of the bouncer who tosses us onto the curb and then douses us with a bucket of cold water. Better to recall the Christ who threw the money changers out of the temple than to think of him as a well-mannered Victorian gentleman.

“They know not what they do” applies to people in all ages, because people in all ages are blind to the gravity of their sins, but it has special application to our own times.  It’s not so much that moderns reject God, but that they have become indifferent to Him. And having lost sight of God, they have a diminished sense of sin and salvation. In a recent article, Francis X Maier points out that, as the pace of secularization speeds up, “inherited religious certainties weaken, become irrelevant to many adults and incomprehensible to the young.”  The “woke” generation is awake to many things, but not to the one thing that matters.

In that light, the coronavirus can be seen as not simply an act of God, but as an act of God’s love.  Faced with financial ruin, with the possibility of our death or the death of a loved one, we are forced to think about the meaning and purpose of our lives—forced to see beyond the carefully cultivated distractions that cause us to drift away from God and our own eternal happiness.

Paradoxically, the disease can also be the remedy. Let’s return to the possibility that the epidemic may be a divine intervention. As a surgeon intervenes to remove a cancerous tumor that is killing us, God may intervene in radical ways to remove a spiritual sickness that is killing souls. In “East Coker,” T.S. Eliot refers to Christ as the “wounded surgeon” who operates with “sharp compassion.” In lines that capture the paradoxical nature of the current pandemic, he suggests that the cure of our spiritual sickness may require that it first grow worse:

Our only health is the disease

If we obey the dying nurse

Whose constant care is not to please

But to remind of our, and Adam’s curse

And that, to be restored, our sickness must grow worse

Cardinal Scola says that the virus was not sent by God to punish sinful humanity, but Jesus told his disciples quite clearly that sinners who do not repent face eternal punishment. Why is it so difficult to entertain the possibility that God might send punishments/remedies on earth to save us from a far worse punishment in eternity? He would be remiss as a father if he saw us drifting into danger and did nothing about it.