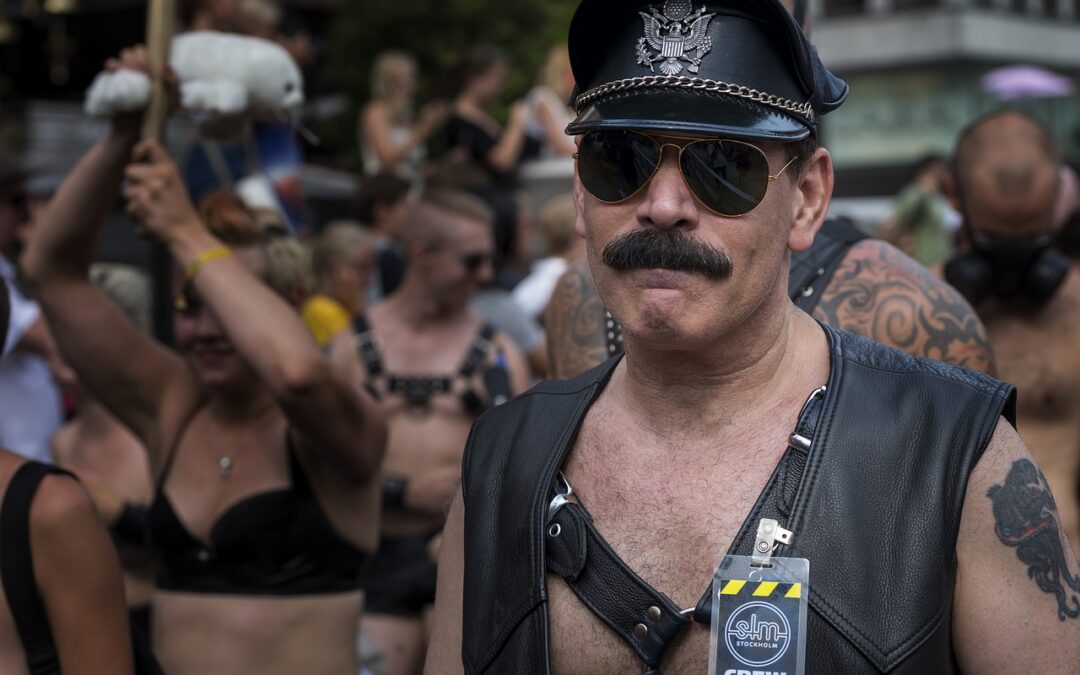 Does that make sense?

The bishop of Cremona, Antonio Napolioni responded by saying he was “shocked at…the offensive and obviously blasphemous images.”

That’s a bit reminiscent of the scene in Casablanca when Captain Renault professes that he is “shocked, shocked “to discover gambling in Rick’s Café–moments before the croupier hands him his winnings.

I say this because Bishop Napolioni is not a strait-laced defender of the Church’s teachings, but an LGBTQ+ advocate who oversees a group for the “pastoral accompaniment of homosexuals.”  If Bishop Napolioni is so well-acquainted with the LGBTQ+ movement how come he doesn’t know that blasphemy and mockery of Christian beliefs are a regular feature of pride marches?

Moreover, over-the-top religious parodies are not a new development in the LGBTQ+ movement.  Has the bishop never heard of the Sisters of Perpetual Indulgence—a group of gay men in San Francisco who dressed in nun’s clothing and entertained crowds with bawdy behavior?  The “sisters” introduced their act more than 40 years ago and have become an international organization with chapters all over the world.

Perhaps we can give Bishop Napolioni the benefit of the doubt.  Maybe he’s one of those super-naïve individuals who can’t see what’s right in front of his face because he believes the propaganda about the gay life style being only slightly different from the straight variety.

In a recent article, Martin argued that Catholics can and should celebrate “Pride Month.”  Many Catholics, writes Martin, misunderstand LGBT pride to be about vanity, but it’s really about dignity—“a consciousness of one’s own dignity.”  I had to smile when I read this because it reminded me of a scene from another old movie—the opening scene from Singing in the Rain in which a reporter asks Gene Kelly if he has any advice for aspiring actors, and is met with the answer, “dignity—always dignity.”  Meanwhile, while Kelly goes on about his dignity, we see scenes from his career which show that Kelly and his partner sacrifice their dignity at every turn in order to get ahead.

I’m sure that Fr. Martin is no stranger to pride parades, drag queen entertainments, and so forth.  To the naked eye (if you’ll pardon the expression) these displays do look like vanity or, more accurately, like narcissistic exhibitionism.  Yet Fr, Martin would have us believe that Pride Month is really about a “consciousness of one’s own dignity”—as though the tattooed, half-naked exhibitionists should be compared to civil rights marchers in Selma.

Consequently, the civil rights marches were conducted with great dignity.  When blacks marched through the streets of Southern cities, they wore their Sunday best and they held their heads high.  Though they were jeered and spat on by bigots and bludgeoned by police, they did not respond in kind.  They were conscious of their God-given dignity and acted accordingly.

By contrast, Pride events often seem like mockeries of human dignity—attempts to blot out the image of God. This is evident not only in the blasphemous use of religious objects and symbols, but in the entertainments—bawdy drag queens in exaggerated costumes, marchers in skimpy costumes, and nearly naked exhibitionist performing pantomimes of sex acts.

Like Gene Kelly’s character, Fr. Martin tells us it’s all about “dignity,” but these Mardi Gras-like displays concentrate on what is debased in human nature rather than what is noble.  More often than not, they mock notions of nobility, virtue, and fidelity.  Beyond that, they are also self-mocking.  “Yes,” they seem to be saying, “this is only shallow entertainment, but it makes me the center of attention and that’s what I crave.”

Fr. Martin urges Catholics to celebrate Pride Month, but judging by the usual celebrations—exhibitionist pride parades, drag queen shows targeted at children, and lots of sexually explicit content—Catholics would have to jettison much of their faith in order to join in the celebration.

The meaning of life according to Christian teaching is to be found in a relationship with God.  According to LGBTQ ideology, however, the meaning of life has to do with experiencing and expressing one’s sexuality.  At least, that is the impression conveyed by the narcissistic entertainments favored by the LGBTQ crowd.  All in all, it’s a very shallow and self-obsessed vision of life.  If that’s all that the LGBTQ movement has to offer, why should we celebrate it?  And why should we pay any attention to a pied-piper priest who seems more committed to the latest lifestyles than to the truths of his faith.

Unfortunately, one of the reasons we can’t entirely ignore Fr. Martin is that he has the full backing of Pope Francis.  Francis has encouraged Fr. Martin’s LGBTQ ministry both by writing to him and by receiving him in a private audience—a significant public gesture of support.  In the letter, which Martin made public, Francis writes, “I pray for you to continue in this way, being close, compassionate and with great tenderness.”

Does this mean that Francis is just another starry-eyed idealist who is not aware of the excesses of the LGBTQ “community,” and would be “shocked, shocked” to find out about those excesses?

Aside from the various scandals, however, the clearest indication that Francis is in “the know” can be deduced from his appointments to high office.  His appointments are almost exclusively pro-LGBT, and Francis, who has a reputation for being canny and crafty, would almost certainly know that about them.

I know some traditional Catholics who think that Francis is naïve and not too bright—that his advisors deceive and manipulate him.  The increasing permissiveness in the Church, they say, is due to others, not to Francis.  From this perspective, Francis would be shocked to discover what goes on in Pride events and in bawdy drag queens story hours for children.

But I doubt that he would be either surprised or shocked.  Francis himself uses bawdy and scatological language.  And according to one biographer, Francis delighted in teaching dirty words to his young nephew.  On Easter Sunday, Francis gave a sermon to 80,000 young people in St. Peter’s Square.  Was he unaware that the “warmup” for his appearance was a performance by “Blanco,” a soft-porn singer who is a favorite of LGBT fans?

No one, of course, could accuse Francis of being scrupulous.  He is notoriously non-judgmental except when it comes to sins against the earth and the climate.  Under Francis, the Church is in no danger of encouraging scrupulosity.  It is, however, in danger of encouraging a novel view of life that is shallow, self-absorbed, and reproductive-adverse.

It’s strange and ironic that Church leaders would fall for this sideshow when they should be passing on the message that they were commissioned to pass-on—namely, the most profound, most powerful, and most meaningful vision of life ever set before the world.

Contrary to Fr. Martin, giving support to an LGBT person does not, from a Christian perspective, mean celebrating his lifestyle, but helping him instead to lift himself out of it.

This article originally appeared in the June 24, 2022 edition of FrontPage.

Pictured above: Pride parade in Stockholm