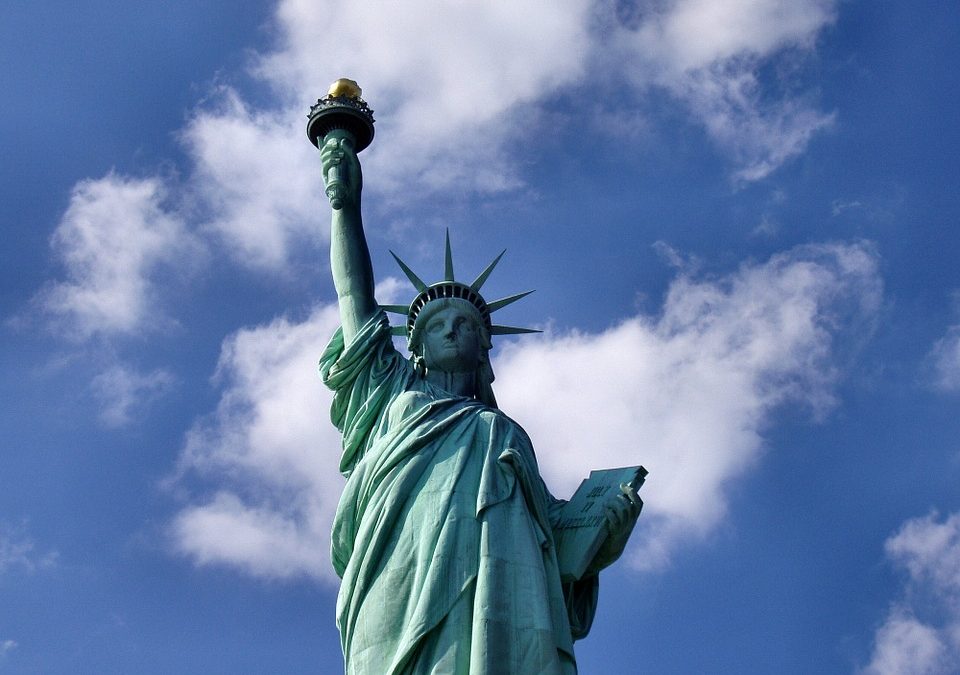 On election day, you will have to make a choice between two political parties and two presidential candidates.  Several days later you will in all probability have to make another choice.  In the case of a closely contested election, whose side will you take?

If Republicans produce solid evidence that the election was, in fact, stolen, what then? Should they, nevertheless, graciously step aside in favor of the illegitimate “winners” for the sake of peace, and in the hope that the American system will eventually right itself.  After all, our constitutional system of checks and balances was designed to prevent one faction in government from acquiring excessive power.

But what if this is the last chance election?  What if one side has no intention of respecting the Constitution or of upholding the system of checks and balances?  What if one side wants to pack the Supreme Court and give voting rights to Washington D.C, Puerto Rico, and any other U.S. territory likely to vote Democrat? What if future elections are no freer than the sham elections held in totalitarian societies?

Our system of government assumes that all parties adhere to the same basic principles—life, liberty, equality under the law, freedom of speech, freedom of religion.  It’s understood, of course, that different people will apply those principles in different ways.  The system is designed for differences of opinion.  But is it designed for widespread betrayal? What if one faction or party simply rejects those principles?  What if, for example, a political party only gives lip service to freedom of speech while actively working to suppress it? What if government representatives no longer believe in the oath of office they took—”to support and defend the Constitution of the United States against all enemies foreign and domestic”?

Generation after generation of Americans have assumed that we would never come to that point.  But we’re at that point now.

Some suggest that we’re on the brink of a coup.  That is quite likely.  But the big coup that will transform our government and our lives beyond recognition has been built on the foundation of numerous smaller coups.  Of course, “smaller” is not exactly the right word.  Some of these coups—such as the takeover of our educational system from kindergarten through graduate school—have been massive.  While most Americans were looking the other way, left-wing educators managed to steal the affections and loyalties of our children.  As President Trump put it in his July 4th Mount Rushmore speech: “Against every law of society and nature, our children are taught in school to hate their own country and to believe that the men and women who built it were not heroes, but were villains.”

In recent years, we have also witnessed two other large-scale coups—the takeover of the mainstream media by people who reject the American heritage, and the takeover of social media by a collection of “woke” billionaire technocrats who look upon freedom of speech as an outmoded relic of the past.  However, the biggest coup of all, thus far, is the takeover of the Democratic Party by the revolutionary left.  Should the Democrats win the election, the 245-year-old American experiment in liberty will come to an end—perhaps gradually at first, but then with increasing speed.

When the full force of the new revolutionary order is felt, people won’t know what hit them.  They won’t know because they don’t have the historical context to understand that the taking away of liberties is what revolutionary leftists always do.  Younger Americans will know everything about the danger of climate change and the virtue of wearing a mask, but they will have learned precious little about the Soviet gulags, the Chinese communist re-education camps, and the imprisonment and torture of dissidents in communist Cuba.

There is no guarantee that the American system of government and the American way of life will survive.  We cannot, as columnist Tony Blankely observed 15 years ago, “assume that the benign trends of the recent past will continue.”  Instead, he cautioned, “we need to think in terms of when current trends will stop—and what will follow them.”

Of course, we should not think of the American experiment with self-government as a trend.  Rather, it is one of history’s most splendid achievements—a priceless gift to succeeding generations. We must be prepared, however, for the possibility that it can come to an end, or rather, be put to an end.  And we must, as Blankely warned, think about what will follow.  We may have to start thinking about that future in as little as two weeks.

Pictured above: Statue of Liberty