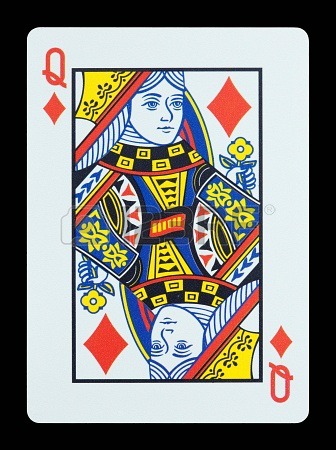 Here’s a recent news item that caught my eye:

Ayaan Hirsi Ali was scheduled to present a paper on radical Islamic terror at the National Security Council before being blocked by H.R. Mc Master and his recently appointed Senior Director of Counter-Terrorism, Mustafa Javed Ali.

Mustafa Javed Ali is now the senior director of counter-terrorism? Could that be right? Please don’t accuse me of racism. After all, Islam is not a race. For all I know, Mustafa Javed Ali could be a Caucasian convert to Islam formerly known as Billy Bob Pickens. If I read that someone named Vasily Vladimir Petrovich had been suddenly appointed as deputy director of the CIA, my curiosity would be similarly piqued.

What’s in a name? Usually nothing that would have a bearing on national security. But some names make you sit up and take notice. Take care… er, I meant to say, “Take CAIR, for example.” That’s the acronym for the Council on American-Islamic Relations. Before taking command of counterterrorism, Mr. Javed Ali was CAIR’s diversity outreach coordinator.

CAIR, if you don’t already know, was named as an unindicted co-conspirator in the nation’s largest terrorist-funding case. The organization is considered by many to be a front group for the Muslim Brotherhood. Along with its opposition to virtually every anti-terrorism initiative ever proposed, CAIR has also been at the forefront of the “Islamophobia” campaign. It’s likely no coincidence that Mustafa Javed Ali’s opposition to Ayaan Hirsi Ali is that she was “Islamophobic.”

The important name to remember here, however, is not M.J. Ali, but General H.R. McMaster. The H.R. stands for Herbert Raymond, which in itself should be enough to disqualify the man from the position of National Security Advisor. But no such luck. He’s in like Flynn. Well, not like Flynn. Flynn is out. And so are a lot of other people who share Flynn’s silly view that Islamic terror has something to do with Islam.

Since replacing Flynn, McMaster has been firing people left and right–well, mostly on the right. The people on the left are the ones who are being hired to replace them. According to the Washington Free Beacon, “McMaster has been targeting long-time Trump loyalists who were clashing with career government staffers and holdovers from the Obama administration.” Now it looks like the Obama holdovers are holding the trump hand, and Trump is left holding the bag.

Among those fired from top positions at NSC are K.T. Mc Farland, Ezra Watnick-Cohen, Rich Higgins, Derek Harvey, Adam Lovinger, and Robin Townley. For the most part they are anti-Iran deal, pro-Israel, and anti-Muslim Brotherhood. Some of them also worry about the left. For example, Rich Higgins was fired for a memo that warned about the alliance between “cultural Marxists” and “Islamists.” Once McMaster has completed his purge, writes Daniel Greenfield, “the NSC will be a purely Obama-Bush operation.”

The McMaster disaster is an example of what is meant by the “deep state,” or, if you like, the “swamp.” The “swamp” refers primarily to upper-level bureaucrats who seem to be permanently embedded in government agencies. They are supposed to be civil servants, but mostly they serve the man who appointed them. But if the Obama loyalists in the D.C. bureaucracy are the swamp, McMaster is more like the Creature from the Black Lagoon. The swamp waits for its victims to sink in the mud, the Creature actively seeks them out.

Of course, he has help—people like Mustafa Javed Ali. Some might question Mr. Ali’s qualifications, but let’s not quibble about that. His service as diversity outreach coordinator for CAIR surely qualifies him to be Senior Director of Counter-Terrorism for U.S.A. He was so qualified that Mc Master catapulted him to Senior Director without even a tryout as Junior Director. Still, one could question Javed Ali’s tactics. Take his cancellation of Hirsi Ali’s talk. According to one source, Javed Ali said “the only way she could present her paper would be to have someone from CAIR come in to refute her work.”

Equal time for CAIR—an organization that, for good reason, has been dubbed the “Muslim Mafia”? It must all seem very strange to Ayaan Hirsi Ali, who has spent a good part of her life trying to escape the CAIR-ing type. She left Somalia for the Netherlands to get away from Islam’s harsh treatment of women. Then she left Holland for America because of Muslim death threats against her. Now that she’s in the land of the free, she must wonder why her competence to speak on Islam to the NSC is being questioned by a former functionary of a Muslim Brotherhood organization.

Like Alice in Wonderland, Ali must be trying to make sense of it all. Why are the Mad Hatters and the Red Queens still in charge of Washington? Why are ex-CAIR men in the National Security Council? One could ask these questions, but perhaps it’s better not to. One question leads to another, and pretty soon you’re on a witch hunt or a fishing expedition and you might catch a red herring, and then where would you be?

If you’re going to ask why there are Muslim Brotherhood types in the NSC, you might as well ask why the current co-chair of the Democratic National Committee is a convert to Islam who spends much of his time hobnobbing with people from CAIR and ISNA. You might just as well ask why his predecessor Debbie Wasserman Schultz failed to fire her top IT aide Imran Awan until after he was arrested at Dulles Airport for trying to flee the country. Imran and his two brothers, Abid and Jamal, had already been relieved of their duties as information technology managers for dozens of Democrat members of the House of Representatives. The three Pakistani brothers were suspected of illegal access and data theft. Yet, over the course of several years, they worked for three members of the House Committee on Intelligence, five members of the House Committee on Foreign Affairs, and for various Democratic members of the Homeland Security Committee and the Armed Services Committee.

But who cares? Why make a mountain out of a Capitol Hill full of moles? That would be like making a fuss about the fact that John Kerry’s daughter married into an Iranian family. Of course, ordinary mortals with at-risk in-laws in Iran would be expected to recuse themselves from sensitive negotiations with the Iranian government over nuclear weapons. But John Kerry is not an ordinary person. He’s a Democrat. And Democrats don’t do recuse.

Why is Mustafa Javed Ali in charge of counter-terrorism at the NSC? You might as well ask why John Brennan, the head of the CIA under Obama, ordered the FBI and about 14 other security agencies to purge their training materials of any reference to “jihad” and “radical Islam.” Why did he do that? It’s really none of your business, but if you must know, it was because such terms are offensive to Muslims.

Speaking of purges, Obama conducted one of his own. During his eight-year tenure, he replaced several hundred generals and other high-ranking officers with people who shared his own view of a more peaceful and tolerant military. As a result, the only generals left to choose from in the swam…I mean, the pool, tend to be made in the image of the ex-president. That’s why every time Trump turns over a new hire card, it doesn’t turn up trumps, it turns up Obamas.

While we’re on the subject of cards, I want you to look at this one. It’s the Queen of Diamonds. It’s better that you don’t trouble your mind anymore over the matters we’ve been discussing. Just concentrate on the card. Empty your mind of all bothersome thoughts. These are complicated matters best left to the wise ones. The military-industrial complex is too complex for you to ever understand. When you wake you will forget everything said here.

This article originally appeared in the August 14, 2017 edition of Crisis.