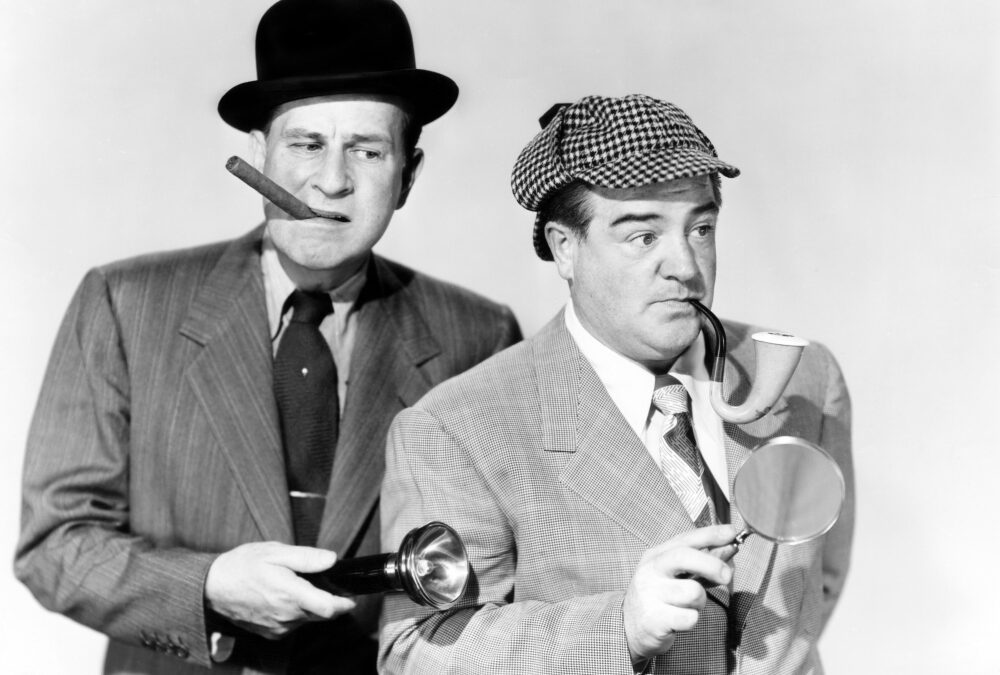 Who’s on first, but who’s minding the schools?

A Wisconsin school district has charged a 13-year-old boy with sexual harassment for using the wrong pronoun when addressing a trans student.

Coincidentally, I recently came across an old Abbott and Costello skit that seems apropos of the situation. Unfortunately, the skit was cancelled by the duo’s producers because they considered it too absurd. Here’s the text:

ABBOTT: Did you see this story in the paper about the boy who was charged with sexual harassment?

COSTELLO: What did he do?

ABBOTT: He used the wrong pronoun.

ABBOTT: I mean he called a boy “him.”

COSTELLO: But “him”’s the right pronoun.

ABBOTT: Nah. The other boy was a girl.

COSTELLO: I thought you said he was a boy.

COSTELLO: Jeez! How did he do that?

COSTELLO: But I thought he was a girl?

ABBOTT: Sam is her old name. Now he wants to be called Samantha. So, if the other boy doesn’t call him, “her,” he’s guilty of misgendering.

COSTELLO: Wait a minute. Who’s Miss Gendering? You never mentioned her before.

ABBOTT: What’s the matter with you? Don’t you keep up with the news? “Misgendering” is when you use the wrong pronoun. It’s a crime.

COSTELLO: What’s the name of the boy who committed the crime?

ABBOTT: His name is Leslie.

COSTELLO: But Leslie is a girl’s name.

COSTELLO: Oh brother! This is confusing.

ABBOTT: “It” is the pronoun you use when Leslie thinks he’s a mail box.

COSTELLO: But what if he thinks he’s a female box?

ABBOTT: What are you? A wise guy? This is serious stuff. If Leslie uses the wrong pronoun, he can be expelled from junior high.

COSTELLO: You mean if he uses the right pronoun, he gets expelled?

ABBOTT: That’s right, because the right pronoun is the wrong pronoun.

COSTELLO: What does Leslie’s mother say?

ABBOTT: She’s going to sue the school for making her son use the wrong pronoun.

COSTELLO: Wait—a—minute!  You mean Sue is going to sue because Leslie called Samantha, Sam, and the school wants Leslie to call Sam, Samantha because Miss Gendering might get upset if he uses the right pronoun?

COSTELLO: Sheesh! This hurts my head. Who can figure it out?

ABBOTT: No, he can’t. Who’s on first. He’s too busy keeping the drag queens from stealing all the bases.

This article originally appeared in the May 27, 2022 edition of FrontPage.