About the Turning Point Project 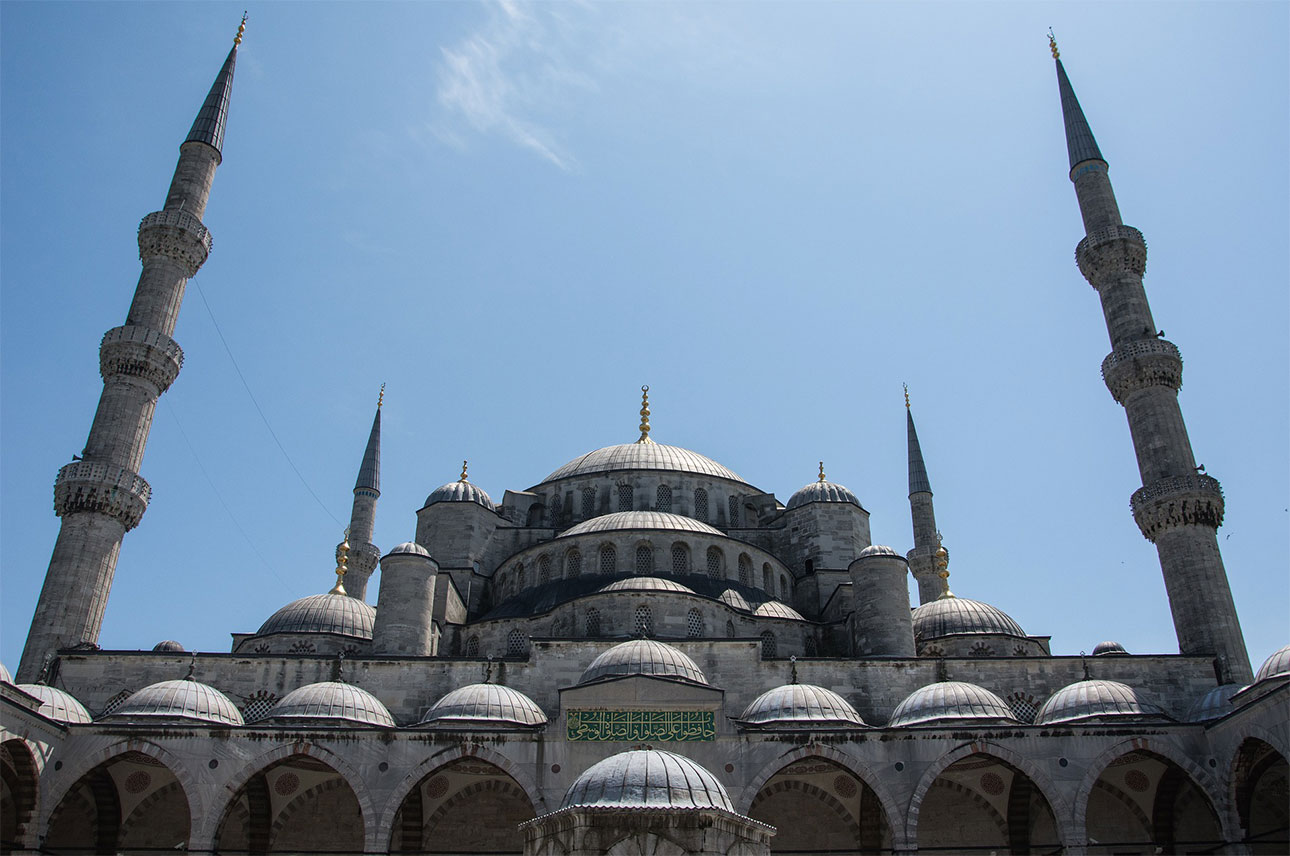 MISSION: The Turning Point Project is dedicated to educating Catholics and other Americans about the threat from Islam by arming them with the information and analysis necessary to meet the challenge.

When this poster first appeared in Muslim demonstrations in Europe several years ago, it seemed nothing more than wishful thinking on the part of a few extremists.

Now, however, it looks more and more as though the future will belong to Islam. Christians in the Muslim world are faced with extinction.  Many experts believe that Islam will be the dominant power in Europe within two decades.  Meanwhile, various Islamist groups have promised to conquer both Rome and America.

Militant Islam’s forward momentum can be halted and reversed, but only if enough people wake up in time.  The aim of the project is to wake up Catholics—particularly the Catholic leadership—about the threat from Islam. The Catholic Church is a sleeping giant in regard to Islam.  If it can be awakened, it would be a powerful force in the resistance to Islamization.  As it is, however, Catholic leaders are either asleep to the dangers posed by militant Islam or else they are serving as unwitting enablers of the Islamists’ radical agenda.  For example, Catholic middle school and high school students are taught that Islam is a religion of peace with which Catholics share much in common. In addition, Catholic universities, some of them lavishly funded by Saudi money, act as propagandists for Islam. And through interfaith dialogue, Catholic bishops are unwittingly providing legitimacy and “cover” for some of the most radical Muslim groups in America—organizations with close ties to terrorists overseas.

In short, Catholics in America are seriously misinformed about Islam. As a result of this naiveté, many Catholics have been lulled into complacency at a time when they need to be awake and alert.

Most Americans assume that what is happening in the Middle East and Africa can’t happen here. They think of the Islamic threat solely in terms of armed jihad, and they have faith that America’s powerful military will protect them. But there is another form of jihad we have to contend with, and armies are basically powerless against it. It’s called stealth jihad or cultural jihad and it can be just as effective as the armed variety. Stealth jihad is a long term campaign to spread Islamic law and culture by influencing and eventually co-opting key social institutions. Europe provides many sobering examples of what this form of jihad can accomplish. In France, Muslims have established hundreds of “no-go zones”—Islamic enclaves where sharia law rules and where police fear to go. In England, an epidemic of gang rapes has swept through Midland towns and cities where Muslims make up a rapidly growing segment of the population. But authorities have done little about it out of fear of being accused of “Islamophobia.” In politically correct Europe and the UK, those who criticize Islam face career loss, fines, and even jail time.

Unknown to many Americans, stealth jihadists have also been at work for decades in the U.S., burrowing into government, schools, the media, and even churches.  After decades of multicultural conditioning about the benefits of diversity, many Catholics, along with other Americans, are incapable of recognizing or responding to the cultural jihad now underway in this country. Cultural jihadists, in the meantime, are relying on Americans to remain ignorant of their goals and methods. They understand full well that submission to political correctness inexorably leads to submission to Islam.

In short, it can happen here—and much sooner than most think.

What can be done to stop the Islamist onslaught? Although there are many fronts on which the battle can be fought, I’m concentrating on just one—perhaps the most important one. In times past, the Catholic Church was the strongest bulwark against the Islamization of the West. Catholic armies turned back much larger Muslim forces in decisive battles at Tours, Lepanto, and the Gates of Vienna. The Catholic Church doesn’t command armies anymore, but, then, much of the battle that needs to be fought now has to be fought on the intellectual, informational, and spiritual level. Catholics make up the largest Christian denomination in the U.S. and also worldwide. If even a small percentage of them can be turned around on these issues, it would have a huge impact.

The goal of the project is to produce accessible books and articles that will give Catholics the information they need to recognize the threat and resist it. These books and opinion pieces are intended to fill in the dangerous knowledge gap about Islam that currently handicaps Catholics and prevents Church leaders from developing a more realistic assessment of events. The articles are written to appeal to a large audience and also to have an influence on Catholic leaders who can make a difference. The commentaries are further intended to be clear, timely, lively, and based on facts, not wishful thinking.

It will be an uphill battle to change the minds of the many Catholics who have been led to believe that Islam is a religion of peace from which we have nothing to fear. But it’s a necessary fight. Contrary to misleading claims, jihadists are not a tiny minority. Moreover, they are increasing, they have wide support, and they are well-funded. If you agree that Catholics deserve to hear the full story about Islam, please lend your support. The stakes are high and the time is short. If you would like to help sustain this vital mission, please consider making a contribution today.

Opt-in to our email list to get weekly updates from Turning Point Project.