Witch Hunts in Salem and in Washington 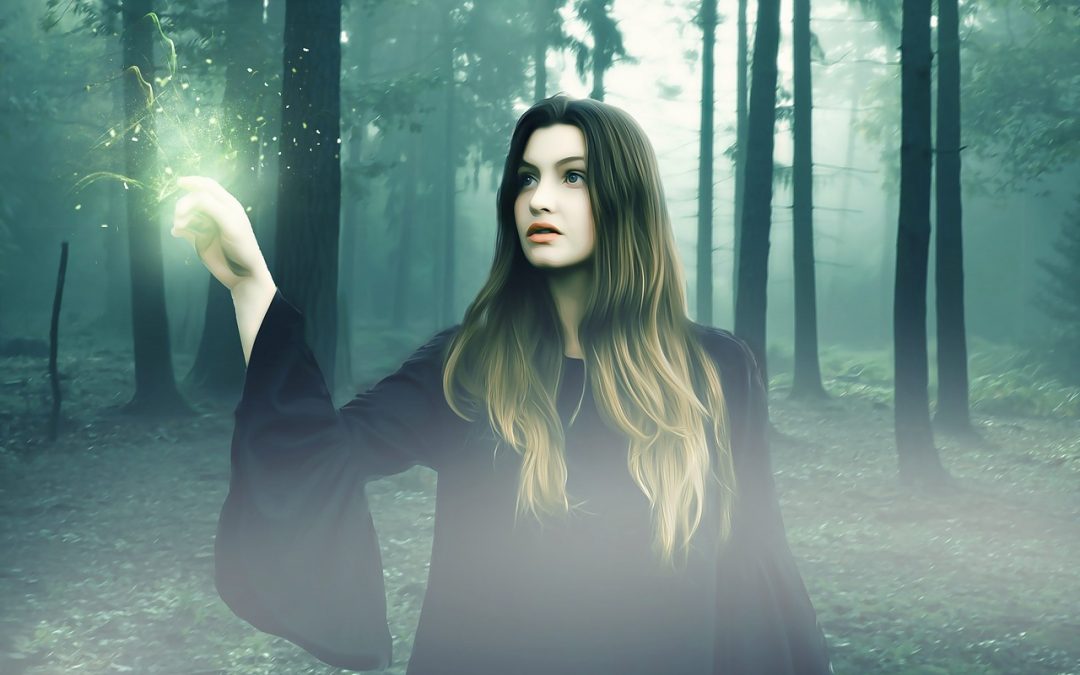 The Crucible, Arthur Miller’s play about the Salem Witch Trials is often used by educators to teach students about the dangers that arise when true believers try to impose their orthodoxies on the rest of us.  Indeed, Miller wrote the play during the era of the Second Red Scare, and he wrote it with the McCarthy investigations in mind.

As with many others, Miller looked upon the McCarthy hearings and those of the House Un-American Activities Committee (HUAC) as a witch hunt—only this time, the witches being hunted were communists in government, in Hollywood and in other influential segments of American society.

The Salem Witch Trials began in 1692 when a group of young girls were discovered dancing in the forest and playing at conjuring.  Witchcraft was suspected, and the girls were strongly encouraged by the civil and religious authorities to reveal who had cast a spell on them.  To take the heat off themselves, the girls began to inform on adults in the community who had, they claimed, seduced them into witchcraft.  Their accusations were at first leveled against some of the more eccentric and marginal inhabitants of the village, but quickly escalated to include more prominent citizens.

A trial was convened which, although it lasted only a matter of months, resulted in the execution by hanging of nineteen men and women.  Curiously, most of those who were executed maintained their innocence to the end, while those were coerced into admitting their involvement in “witchcraft”, were forgiven and accepted back into the community.

Miller saw many parallels between the witch panic in Salem and the “red scare” of his own era.  In both cases, the fear of external threats—the Devil in the one case, and Soviet communism in the other, supposedly resulted in rigid orthodoxy and mindless conformity.  In particular, the hearings conducted by the HUAC reminded him of the Salem trials.  Liberals, such as Miller, claimed that the accusations being made by the committee members were as baseless as those made in Salem more than two centuries in the past.  Moreover, as in the witch trials, HUAC witnesses were encouraged to inform on others in order to save themselves.

As a result of the McCarthy hearings, the HUAC investigations, and a widespread fear of communist subversion, many people who were suspected of communist sympathies were put on blacklists and lost their jobs; some were imprisoned, and some left the country.  Corporations and private businesses were often as vigilant in ferreting out suspected subversives as were HUAC committee members.  A careless word to the wrong person—perhaps an acquaintance, or a fellow employee—could ruin one’s career.

But hold on!  Doesn’t that all sound familiar?  In fact, isn’t something of that very nature going on right now?  The panic over subversion of the government?  Twenty-Five thousand troops in Washington D.C to protect against domestic terrorists and white supremacists?  Blacklists?  The enforcement of a cancel culture by giant corporations and academic institutions?  The fear that failure to conform to the new orthodoxy will result in ostracism and job loss?

It looks very much as though we’re in the midst of another witch hunt. Only this time, the witch finders aren’t looking for communists, they’re looking for conservatives and Christians.  Instead of a Red Scare, the excuse for the clampdown this time is the supposed threat posed by people from red states who wear red MAGA hats.  When a rag-tag collection of these red-state types entered the Capitol building and clashed with police it was immediately labeled an “armed insurrection” and an “attempted coup.”  And it became the excuse for a bizarre impeachment trial.  If the incursion was intended as a coup, however, it has to have been one of the most poorly planned and executed coup attempts in world history.  It is highly unlikely that people armed mainly with pepper spray were about to take over the reins of government.  When some of them did make it into congressional offices, they could think of nothing better to do than to take selfies and souvenirs.

However, by January 6, 2021, it didn’t take much to scare people.  Strange and scary things had been happening for almost a year, including rioting in hundreds of cities, a planet-wide pandemic, a stock market crash, mandatory masking, lockdowns, and quarantines.  When the new administration took office in January, an atmosphere of paranoia already hung over the country, and the new ruling party seemed determined to intensify it.

And it wasn’t merely the party.  A sort of religious fervor had gripped not only the Democratic Party, but also the media, academia, the corporate world, and the entertainment industry.  All seemed intent on exposing and punishing those guilty of non-conformity to progressive values.  And like all puritanical enforcers, they felt entirely virtuous in their attempts to ruin the lives of others.

So, the question arises:  Doesn’t The Crucible apply to the current era as much as, or even more so than it applied to the McCarthy era?  Isn’t it time for a new edition of The Crucible with a new introduction to point out the many parallels between the 17th century Salem witch hunt and our own?  It’s not likely to happen, of course; the witch hunters pretty much control the publishing industry.  If they want a new edition of The Crucible, you can be sure that the new introduction won’t cast any aspersions on their own activities—although publishers and distributors have been censoring, cancelling, and de-listing books left and right (well, mostly on the right).

It should be noted that, although witch hunts usually arise within the context of a threat, some threats are more real and, thus, more dangerous than others.  The witch trials in Salem, for example, were a reaction to a perceived threat, not a real one—unless, that is, you believe that a sizeable percentage of Salem’s residents actually were witches.

By contrast, during the era of the Red Scare, there really was a reason to be scared.  During World Wat II, the Soviet Union (the “Reds”) invaded Poland and annexed the Baltic States.  After the war, one country after another in Eastern Europe fell under communist control.  In 1949, Chinese communists under the leadership pf Mao Zedong succeeded in taking control of mainland China.  In 1950, communist North Korea invaded South Korea, thus initiating the three-year-long Korean War.  Moreover, recent evidence (such as the Venona transcripts) suggest that the anti-communist claim of substantial communist infiltration of federal agencies during and after the Roosevelt administration was largely correct.

The threat of communist subversion in those days was quite real.  Yet it was consistently underestimated by liberals and was often made the butt of humor—as in films such as “Doctor Strangelove” and “The Russians are Coming.”

How about today?  The current witch hunts are justified as necessary for eliminating the supposed threat to national security posed by insurrectionists, white supremacists, conspiracy theorists, and other haters—categories which are elastic enough to encompass about half the population.

The irony is that while the left is busy branding all criticism of the left as the equivalent of insurrection, the forces of the left grow ever stronger—not just in America, but all over the world.

Russia is still a problem, but the Chinese communists pose a far greater threat.  While most of the world has been sleeping, China has been building up its military, building strategic ports, buying up technology, and buying influence.  At the same time, American politicians of the leftist persuasion are openly talking about subjecting millions of Americans to Chinese-style reeducation.  Meanwhile, the Chinese have been sending armies of agents to every corner of the globe. The Eric Swallwell/ Fang Fang scandal is just the tip of a very large iceberg.

In short, it looks like we have another Red Scare on our hands.  And once again, it is a real threat, not a manufactured one.  It’s a threat that could result in a communist-dominated America.  And communist domination is not a conspiracy theory.  It’s a reality for billions of people.

But you’re not supposed to notice that threat.  And if you’ve been in a panic over the over-hyped pandemic with the astonishingly low death rate, you probably haven’t noticed.  That seems to be the idea.  But just to make sure that your eyes aren’t on the ball, a new opportunity for panic was created when the incursion of a largely aimless mob into the Capitol was transformed overnight into the most dangerous and threatening event in American history.

For some perspective on what is really dangerous and threatening, one could read The Black Book of Communism or the Gulag Archipelago.  But our well-trained educators don’t encourage that kind of reading.  And so, that kind of threat is largely off the radar for most Americans.

It’s interesting to note that the Salem witch panic was over in less than a year.  People came to their senses relatively quickly.  It looks, however, as though the current sense of panic is designed to last a good long time.  Having people come to their senses is the last thing some of our leaders want.