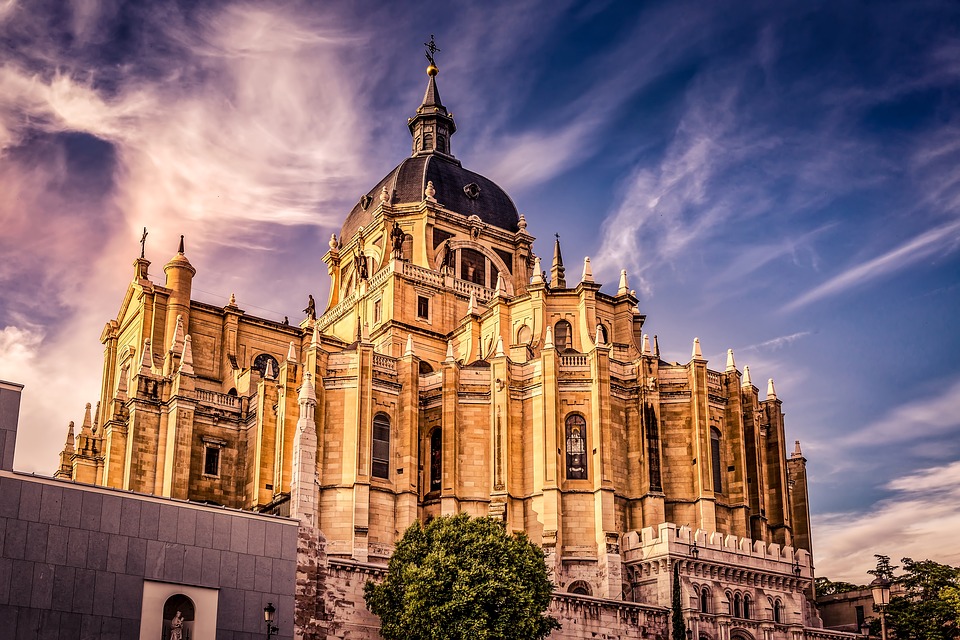 The Catholic Church is “like a sleeping giant—a powerful force for good that is asleep to the dangers posed by Islam’s stealth advance,” writes leading Catholic commentator William Kilpatrick in his new book, What Catholics Need to Know about Islam. He provides essential reading for both Catholics and others about the West’s historic and newly urgent struggle against Islamic jihad.

“Christendom has a 1,400-year history of resisting Islamic invasions” since Islam’s emergence in the seventh-century, the former Boston College professor notes. Across these centuries the Catholic Church has been the West’s principal defender. Today Catholics should “once again lead the resistance to Islam’s totalitarian incursions.”

However, ever since the 1962-1965 “Second Vatican Council, Church leaders have presented a smiley-faced version of Islam that emphasizes its commonalities with Catholicism and leaves out its alarming elements.” Today the” chief proponent of this bowdlerized view of Islam is Pope Francis.” He “has been in the forefront of recent Catholic efforts to present all religions as roughly equal, and equally good.”

Contrarily, Kilpatrick warns that “most of the supposed similarities between Islam and Christianity are quite deceptive.” For example, “Christianity and Islam are miles apart when it comes to sexual ethics. Islam sanctions polygamy, easy divorce for men, child marriage, and, in times of war, sex slavery.” More generally, Kilpatrick observes that the “textual, historical, and statistical evidence that Islam is an aggressive religion is overwhelming,” which means that the modern West is “in the middle of a new Cold War.”

Such equations of Islam with totalitarian ideologies like Communism have fallen on many deaf ears, Kilpatrick notes. Rather, “you have ten megatons of wishful thinking: priests, prime ministers and Hollywood celebrities assuring us that Islam is more peaceful than Christianity, more feminist than Gloria Steinem, and more caring than the Red Cross.” In Western countries like “England, child rape and acid attacks are just the price society pays for its vibrant diversity, but speaking your mind on Facebook is a hate crime” as “politically correct policing is the order of the day.”

For the West, Kilpatrick stresses, the “chief danger from Islam comes not in the form of armed jihad but in the form of stealth jihad—the jihad that never sleeps.” “Why bother hijacking planes and ships when you can hijack American legislatures, media, schools, and other key institutions” through “cultural jihad,” he asks. In America for example, the Council on American-Islamic Relations, “CAIR is just one of an alphabet­soupful of Islamic organizations that work tirelessly to transform American society into a sharia-compliant society.”

Facing this onslaught, the “West is strong militarily but weak ideologically,” Kilpatrick mourns. “America once had cultural confidence” to win the Cold War culture war against Communism.

Since then, as “Islamic countries have been busy raising a generation of devout warriors, the West has raised a generation of social justice warriors who are convinced that their own civilization deserves to be eliminated.”

Among these woke, Kilpatrick perceptively observes, “Leftists see Islamists as natural allies in their war to defeat Judeo-Christian values.” Accordingly, Bible-based conservatives face a “Two-Front Culture War” versus Leftists and “jihad culture warriors.” “Like the leftist culture warriors, these new culture warriors operate under the banner of civil rights.”

Ironically, secular relativists have enabled jihad, Kilpatrick observes. “The moral relativism of the West is one of the chief reasons why the Islamic cultural jihad has been so successful.” Collapsing birthrates show how especially the “decline of Christianity in Europe created a population vacuum and a spiritual vacuum, both of which Islam soon began to fill” primarily with immigration.

Secularists also offer jihadists a useful strategic model. “Ten years ago it didn’t seem as if the LGBT movement had a chance of enforcing its nuttier notions,” Kilpatrick warns. Nevertheless, like LGBT individuals,

Muslims in America are less than 2 percent of the population, but they are backed by a worldwide Muslim population of 1.7 billion. They are also backed by the same powerful forces that back drag-queen story hours and boys in girls’ locker rooms—namely media, academia, courts, big business, big tech, and prominent politicians.

In response, Kilpatrick has “emphasized the importance of casting doubts on Islamic beliefs, just as we cast doubts on Soviet communist ideology during the Cold War.” He extensively examines Islam’s numerous unbelievable elements, like the Quran’s fraudulent claims to literary perfection. “Islam is a fragile belief system” and “cannot stand up to questioning, and thus, questioning is not allowed.”

Kilpatrick differentiates his rejection of Islamic doctrine from more nuanced views on Muslim individuals and specifies that, “just for the record, critiquing Islam does not mean that one hates Muslims.” “While it’s true that Islam can be practiced peacefully (and, thank God, that’s the way most Muslims practice it), that can be done only by ignoring some of Islam’s fundamental teachings,” he notes. Correspondingly, many Muslim “moderates are akin to ‘cafeteria Catholics.’ They have a family or cultural attachment to Islam, but they don’t have a thorough knowledge of their faith or any great desire to follow all of its commands.”

Kilpatrick has therefore provided an excellent cultural call to arms for a West beleaguered by forces from within and without. “No matter how many soldiers we send to fight in the Middle East, the main battle in the clash of civilizations is being waged in America’s classrooms,” he accurately assesses. The West’s salvation demands a “recovery of the Judeo-Christian belief that God is a God of love, justice, reason, and goodness—and that we are made in His image (a concept that does not exist in Islam).” Kilpatrick’s book is indispensable to those who would follow his rousing invocation of Ephesians 6:11 to “put on the full armor of God.”

This review by Andrew Harrod appeared in the October 12, 2020 edition of Jihad Watch.

To order What Catholics Need to Know about Islam, click here or here .