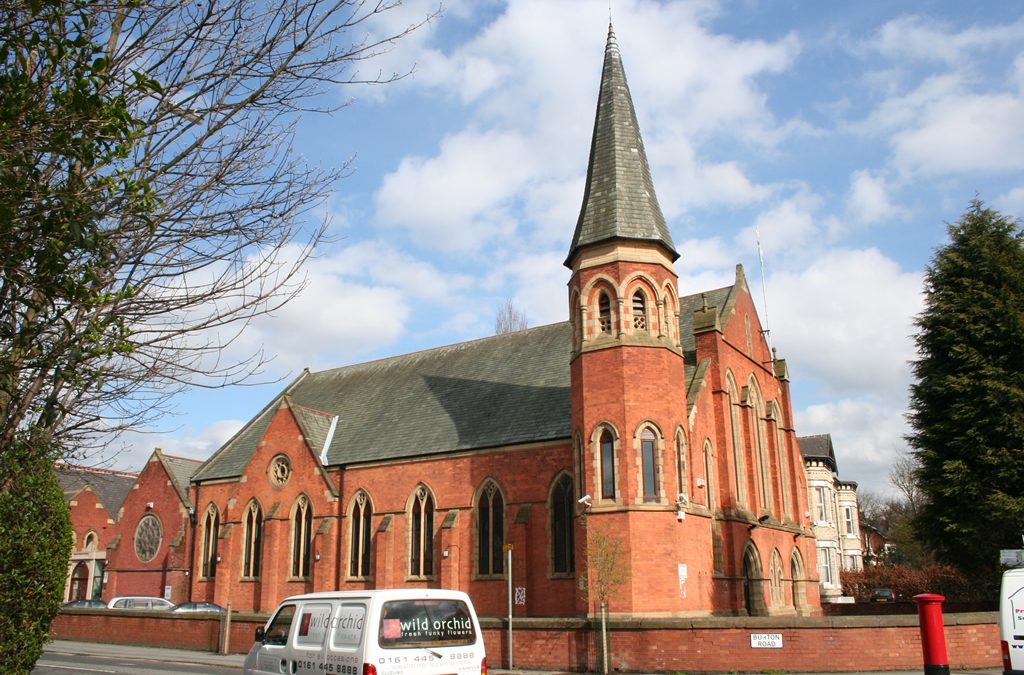 As the influence of Islam on European society has increased, so have anti-Christian attitudes. While civil authorities have gone out of their way to accommodate both Muslim immigrants and Muslim beliefs, their treatment of Christians has been quite different. One form that the accommodation of Islam has taken is an increased policing of Christian activities and beliefs.

For many decades we’ve heard that Christianity in Europe is “in decline.” But recently the decline seems to have accelerated. Hostility to Christianity is now so widespread that it’s no exaggeration to speak of a war on Christians. In fact, “Britain’s War on Christianity,” happens to be the title of a recent 14-page article by Soeren Kern of the Gatestone Institute.

In his detailed report, the first of a three-part series, Kern describes numerous incidents of Christian street preachers who were arrested for disturbing the peace. Tellingly, the police most commonly cited them either for Islamophobic hate speech or for homophobic hate speech.

When, after one such arrest, London’s Muslim mayor was pressed as to whether Christians could openly read from the Bible without fear of arrest, Sadiq Khan replied, “There’s not an unlimited right to freedom of expression or free speech.” Meanwhile, it was revealed that in 2016 the Home Office had rejected a request for asylum from an Iranian convert to Christianity on the grounds that Christianity is not a religion of peace. After quoting violent texts from the Bible, the rejection letter stated: “These examples are inconsistent with your claim that you converted to Christianity after discovering it is a ‘peaceful’ religion…”

It seems it’s okay for government officials to say that there is something wrong with Christianity, but it’s not okay for Christian preachers to suggest that there might be a problem with Islam or with homosexuality.

If you criticize Islam in the UK, you might well end up in court. The same is increasingly true on the European continent. Ten years ago, Elizabeth Sabaditsch-Wolff was fined 480 euros by an Austrian court for having “disparaged” a “prophet” (Muhammad).  Sabaditsch-Wolff appealed to the European Court of Human Rights (ECHR), and last October the ECHR upheld the previous ruling that she had no right to say offensive things about “objects of veneration.” The ECHR also ruled that Sabaditsch-Wolff’s right to freedom of expression was less important than the right of Muslims not to have their “religious feelings” hurt.

Does that mean that the religious feelings of Christians will also be protected? After all, Jesus is an “object of veneration” for Christians, and some people say unkind things about him. For example, in The Da Vinci Code, author Dan Brown claims, among other things, that Jesus was secretly married to Mary Magdalene, and that he was not divine. Such claims seem calculated to hurt the feelings of Christians. Should we therefore expect that Brown will be arrested the next time he visits Paris or Vienna? Will he be charged with “disparagement of a prophet”?

Don’t count on it. There are prophets and then there are prophets. And right now the odds in Europe favor the prophet of Islam over the “prophet” from Galilee. Prophet Jesus? Yes, Muslims consider Jesus to be a Muslim prophet and they reject the Christian belief that he is the Son of God. So don’t be surprised if a European court someday rules that those who claim Jesus was more than a prophet are hurting the religious feelings of Muslims.

In fact, something like that already seems to have happened in Britain. During the trial of two Christian street preachers who were convicted of disorderly conduct, the prosecutor claimed that the central tenet of their faith was offensive to a Muslim audience. According to Kern’s account:

Crown Prosecutor Ian Jackson argued that biblical claims about the unique, salvific role and divine nature of Jesus Christ were offensive. As a result, Jackson argued, quoting parts of the Bible in public should be considered criminal offenses under section 31 of the Crime and Disorder Act 1998.

While the world obsesses over the sensitivities of Muslims, it seems less concerned with offenses to Christians. During February and March at least a dozen churches in France were desecrated. According to Catholic News Service, “Vandals in Catholic churches throughout the country have smashed statues, knocked down tabernacles, scattered or destroyed the Eucharist, burnt altar cloths and torn down crosses…” The Church of Saint-Sulpice in Paris, which was used in the film adaptation of the aforementioned Da Vinci Code, was set on fire, and the cost of restoration will reportedly be several hundred million euros.

But, apparently, the reaction of the press and the government was muted. After the first five attacks, a priest from the diocese of Albi tweeted “Can we know why the Minister of the Interior and Worship is so silent after the wave of church degradation all this week?? Not a word in the national media and radio silence from the government! Shameful!!!”

Well, not so shameful as to prompt the secular media to make amends. When I googled “Desecration of Churches in France” last week, the first 23 stories that popped up were almost exclusively from Catholic and conservative news sources. With the exception of Newsweek, the secular media seemed relatively uninterested. Perhaps they think that the desecration of Catholic churches is purely a Catholic concern.

In the U.S. we also have our share of anti-Christian animosity: Christian bakers are forced to create wedding cakes for same-sex couples, Catholic high school students are unjustly slandered by the media, judicial nominees are deemed unfit for office because of their membership in the Knights of Columbus, and Christian women are portrayed in film as robotic handmaids.

Still and all, the situation for Christians in Europe is far worse. The percentage of Christians who worship on Sundays is significantly lower than in the U.S. In France, for example, only 4 percent of Catholics regularly attend Sunday Mass. Moreover, Europe has a long history of anti-clericalism—a tradition that is likely to undergo a revival in the wake of the current sex abuse scandals in the Catholic Church.

The abuse scandal is, of course, a self-inflicted wound. The attack on Christianity from without—from secular society—is matched by an equally damaging attack from within. The current exodus from the Church owes more to a corrupt clergy than to a malevolent media. To make matters worse, the bishops don’t know how to stem the exodus. Many of them seem to think that the answer to the crisis is to “modernize” the Church by bringing it more in line with mainstream society. But the resulting dilution of doctrine along with a relaxation of moral standards have only served to further hollow out the Church by creating the impression that it has nothing to offer that can’t be supplied more efficiently by secular society.

In short, the Church now finds itself in a greatly weakened position. Unfortunately, weakness often leads to appeasement. Indeed, the hierarchy’s appeasement of Islam has been staggering: papal pronouncements that the Koran is a nonviolent book, encouragement of mass Muslim migration, and a creeping syncretism. One recent example of the syncretic attitude (that all religions share the same values) comes from an Irish bishop who denied that any religious group is more prone to terrorism than any other group. Of course, to any moderately informed person this only proves that the Irish are prone to bouts of blarney—or, as we say in English, “baloney.” Another example of syncretism comes from the archbishop of Reims who said recently that he was “delighted” to participate in the dedication of France’s largest mosque—a mosque that was largely paid for by Kuwait and Qatar, two of the most hard-line Islamist states in the Middle East.

Of course, if the syncretic view of things is the right one—if God really wills a diversity of religions—then it wouldn’t matter which faith becomes the majority religion in France. If Islam and Catholicism have much in common, as progressive and some traditionalist Catholics claim, then why worry about increased Muslim migration into Europe? Why be concerned that “Mohammed” is the most popular name for baby boys in the Paris suburbs? Thus, syncretism prepares Christians to submit to Islam if and when it becomes ascendant.

Over the centuries, Islam has made several attempts to conquer Europe. It failed each time because it faced Christians who were strong in their faith and ready to resist. But this time things may be different. Islam has several advantages that it lacked in the past.

For one thing, today’s Islamic threat is less apparent. The process of Islamization is proceeding by stealth and by the power of demographics rather than by force of arms. Moreover, Islam now faces a culture in which the sustaining influence of Christianity has been greatly weakened.

Meanwhile, there is the matter of numbers. In the Middle Ages, relatively few Muslims lived within Europe’s borders. Now, the Muslim population of Europe is 26 million. This could, potentially, amount to a very large fifth column. But it’s unlikely that European Muslims will be needed as a fighting force. They serve better as a reminder that acceding to Muslim demands is the prudent thing to do. The more useful fifth column is the small army of European elites in government, the media, the churches, and academia who seem to have more sympathy for Islam than for their own Christian heritage.

Islam looks upon its confrontation with the West as a spiritual struggle—a contest to prove the superiority of Islam over inferior belief systems such as Judaism and Christianity. It is telling that Muslim leaders still think of Europeans as “the Christians” at a time when the majority of European elites take pride in the fact that Europe has become, for the most part, a post-Christian secular society. Cut loose from their Christian moorings, Europeans can only understand the confrontation with Islam in secular terms—as something that can be resolved with more dialogue, more education, more welfare, and the like. In other words, Europeans think they are dealing with a culture that is, in its essentials, just like their own.

This is a big mistake; in the event of some terrible incident such as the attack on the mosques in New Zealand, European authorities will most likely double down on their mistaken policy of silencing critics of Islam. In New Zealand, the government responded to the massacre by infringing on two essential rights—freedom of speech and gun ownership. Both rights are related to the right to self-defense. Freedom of speech protects our right to arm ourselves with essential knowledge, and gun ownership protects our right to defend ourselves and others from bodily harm.

Hopefully, Europe won’t make the same mistake as New Zealand. It simply can’t afford to make too many more mistakes. It has already begun to disarm itself both mentally and spiritually by its rejection of Christianity. This process of unilateral disarmament and dechristianization will, of course, only work to the advantage of Islam—a culture that has not forgotten the power of belief.

This article originally appeared in the April 1, 2019 edition of Crisis