The Tyranny of Fashion 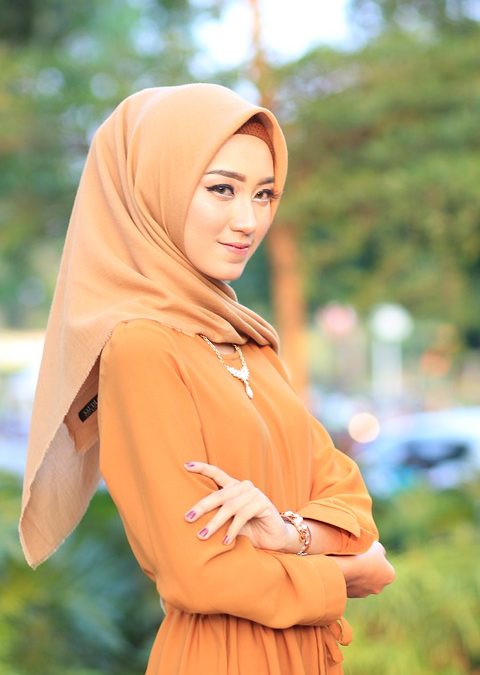 Our “woke” society is sleepwalking its way to an Orwellian future.

Fashions come and go, but sometimes they can stick around long enough to do considerable damage. Smoking was fashionable for a great many decades and was glamorized in films for more than half a century—long after it was known to markedly increase the risk of lung cancer, heart disease, and other illnesses.

No one knows how long transgenderism will remain in fashion, but let’s hope it won’t be for long because, unlike smoking, it strikes at the very foundation of civilization. The two genders are not optional. They are indispensable for the generation of new life, and for providing the stable families which form the basis of society.

The transgender fads also strike hard at another sine qua non of civilization—the acknowledgment of objective realities. The trans person is encouraged to ignore the facts of his or her biology, and to replace reality with illusion—or, more properly, with delusion.

Transgender persons are encouraged to lie about their nature, and, to make matters worse, the rest of us are expected to collude in the lie. Of course, “expected” is not quite the right word. Increasingly, the lie is required, and punishments are meted out to those who won’t go along with it. The transgender fantasy is so far removed from reality, that the brittle construct can only be kept intact by raw compulsion.

Islam is not a fad, it’s a 1400-year-old faith, Yet, in recent years it has become a fashionable faith. Celebrities convert to it. Academics defend it. Politicians praise it. And Catholic leaders declare their solidarity with it.

Meanwhile, in the fashion industry, designers in London, Paris, and New York compete with one another to produce upscale lines of hijabs and abayas. And last month, the Swedish edition of Elle magazine, chose Imane Asry as the winner of its “Look of the Year” competition. Asry, a hijab-wearing social media influencer told Elle, “This is an acknowledgement that its more than time that we begin to normalize the hijab in the fashion industry.”

Few people, especially in the fashion industry, question whether it is a good idea to normalize the hijab and the abaya. For many, it’s simply the latest trend, and that’s all they need to know. Yet, the hijab is best understood as a symbol of control rather than an emblem of freedom. The hijab is most prevalent in Muslim societies that practice fundamentalist forms of Islam, and regard women as little more than possessions. In some places—such as Iran—women who choose not to wear it end up in prison.

Although there are many obvious differences between the transgender movement and the religion of Islam, the attempt to “sell” both to the general public is essentially the same. Both are presented as misunderstood minorities who will bring diversity and enrichment to society if given half a chance. And in both cases the aggrieved parties are presented as victims—of transphobia in the one instance and of Islamophobia in the other. By the same token, their critics are cast as hate-filled victimizers.

Trans activists and Muslim activists also present their causes as a matter of civil rights. But their demands actually bear little resemblance to the claims of traditional civil rights movements. When women marched for the right to vote, they were only asking for a right that men already possessed. But transgender persons and their advocates are asking for special rights which will only be available to a select few.

Moreover, these newly created rights would infringe on the rights of others. Giving a man who claims to be a woman the “right” to use the women’s locker room, quite obviously takes away a women’s right to privacy. And forcing a teacher to address a male student as “Miss” deprives him of his right to freedom of speech.

Likewise, Muslim activist groups are not asking for the same rights that are granted to other religions; rather they are claiming special privileges. As is now becoming clear, the fundamental right they claim is the “right” not to be criticized or offended. This right, of course, is an obvious infringement on the right to free speech. Yet, amazingly, the European Court of Human Rights ruled last year that harm to “the religious feelings” of Muslims took precedence over the right of an Austrian women, Elizabeth Sabaditsch-Wolff, to voice criticism of Islam. The specific crime for which Sabaditsch-Wolff was found guilty was mentioning that Muhammad had married a six-year-old girl—a fact that is well-attested in Islamic scripture. Nevertheless, it was a fact that Austrian Muslims did not want to hear—least of all from the mouth of an infidel woman.

So, just as the transgender movement forces people to lie, it seems that non-Muslims will increasingly be required to collude in lies about Islam: that Muhammad was the perfect man and a model for all mankind, that Islam is a religion of peace, that terrorism has nothing to do with Islam, and so on.

In short, both Islam and transgenderism are essentially totalitarian movements that seek to control freedom of thought and expression. Unlike the campaign to glamorize smoking, the normalization of these rigid ideologies endangers not just the physical health of the individual, but also the moral and spiritual health of the whole society.

The wonder is that so many—especially among the “woke” generation—are working to normalize these destructive systems. But it’s less baffling when one considers the role of fashion in forming our views. Although the evidence strongly suggests that these ideologies ought not to be promoted, fashion, not evidence is usually the deciding factor. Fashion not only dictates what to wear, but what to think. Author Lillian Hellman famously said, “I will not cut my conscience to fit this year’s fashions,” but tailoring one’s conscience is something that is done on a fairly regular basis in our politically correct society.

So, the normalization of dangerous trends continues. Unfortunately, modern technology now provides tools for speeding up the normalization process. In The Madness of Crowds, Douglas Murray explains how hi tech can be used to manipulate minds and sell big lies in subtle ways. Moreover, as he points out, these powerful tools are concentrated in the hands of a small group of ideologically driven activists who are quite convinced that they know what is best for the rest of us:

The presumptions of Silicon Valley began to be imposed on the rest of the world online… on each of the hot button issues of the day it is not local custom or even the most fundamental values of existing societies that are being driven, but the specific view that exist in the most social-justice-obsessed square miles in the world.

As one small example of the imposition of “woke” presumptions, consider what happens when you google “Jihad Watch” on your laptop. The first thing that catches your attention is a large box on the top right which informs you that “Jihad Watch is an anti-Muslim conspiracy blog run by Robert B. Spencer.” Well, that sounds pretty bad. And if you like to think of yourself as a woke person, you certainly don’t want to go chasing after conspiracy theories. In all likelihood you won’t bother to visit the “conspiracy blog,” and will thus be deprived of a wealth of information about jihad activity as reported by Spencer from such “conspiracy” sites as Reuters, The BBC, The Times of Israel, The New York Times, The Guardian, and The Times of India. But never mind. Your well-tailored conscience will continue to be a good fit for the fashions of the day.

Multiply such algorithmic sleights of hand a thousand times, and you’ll better understand why the woke among us are completely asleep to the real sources of tyranny. Our “woke” society is sleepwalking its way to an Orwellian future.

This article originally appeared in the February 19, 2020 edition of Catholic World Report.