The Slow Boat to China Accelerates: Catholics Should Take Notice 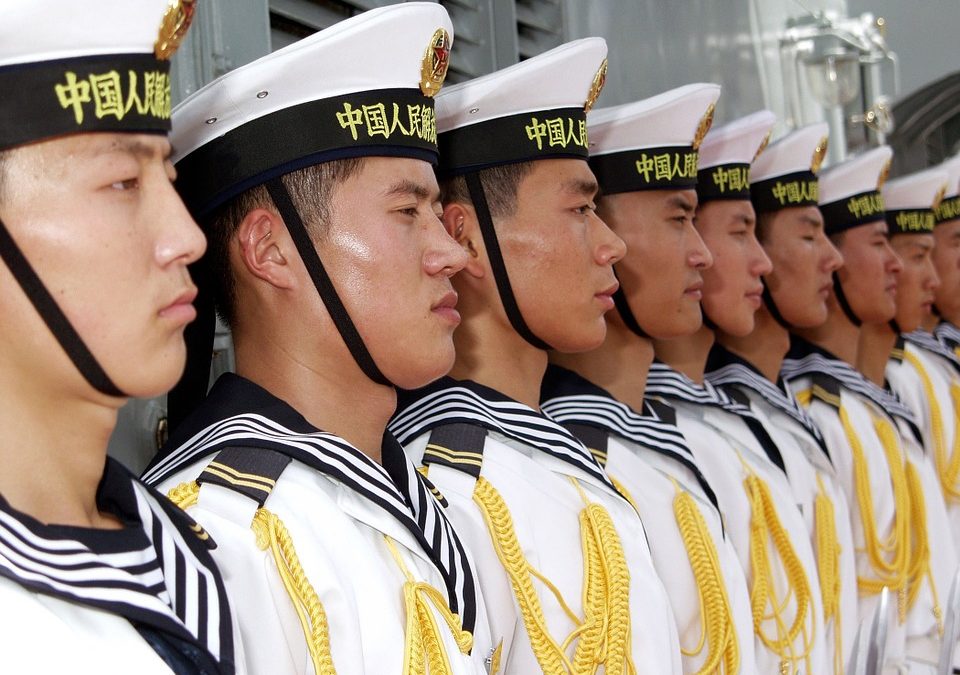 In early November, Archbishop Jose Gomez, the president of the United States Conference of Catholic Bishops, congratulated Joe Biden as “the second United States president to profess the Catholic faith.”  The implication seemed to be that Catholics should be proud because another member of their team had made it to the top.

The Archbishop’s message must have been confusing to the many Catholics who know that many of Biden’s policy positions are in direct opposition to Catholic teaching.  They were undoubtedly further confused by the American hierarchy’s obvious distaste for Donald Trump—a man who has done more to reinforce Catholic teachings than any other president.

However, despite their misgivings, many Catholics seem disposed to go along to get along.  “Oh, well” they say to themselves, “that’s politics as usual.”  The problem with that reasoning is that what we are now faced with is not primarily a political struggle, but a civilizational struggle—a struggle over what kind of people we will be, and whether we will retain our freedoms.

This confusion about the state of our society even extends to some of the Catholics on the Supreme Court.  You may have noticed that the Supreme Court has joined the “let’s-move-on” brigade.  In the Texas vs. Pennsylvania decision, they decided that a procedural issue over “standing” was more important than whether the American Republic stands or falls.  Yet Mr. Biden’s party has made it quite clear that it is dissatisfied with the American Republic, and plans to change it– by revolutionary means if necessary.

“Nothing to see here, just move along”?  Except that there is a lot to see if one has the curiosity to look.  Did none of the Supremes wake up on November 4th and say to themselves, “Hmm, that’s funny.  When I went to bed, Trump was leading comfortably”?  Did none of them find it curious that a large number of Republicans rode to victory on the coattails of Trump, yet the man with the capacious coattails couldn’t beat an absentee candidate suffering from obvious cognitive decline.

Mr. Biden did get one thing right though.  He called the election, a “battle for the soul of America.”  And that it was:  perhaps the most momentous election in American history.  The election of 2020 may very well mark the point at which America transitioned from a constitutional republic to a socialist republic—as in Union of Soviet Socialist Republics, or, more properly, as in People’s Republic of China.  For, as we are beginning to see, China has taken quite an interest in what kind of civilization America will have.

So, it was indeed a battle for the soul of America, and the media-proclaimed winners seem quite willing to sell the soul of America for a few billion Yuan, or whatever the going price for soul-selling happens to be.  Whether or not, election fraud can be proved, this is undoubtedly the most significant election since the one that preceded the Civil War.

The election to end all elections?  That phrase can be interpreted in two senses.  It can mean that this is the most controversial election we’ve yet seen.  Or it can mean that this election signals the end of free and fair elections.  As in communist countries, “elections” may continue, but the results will be pre-ordained.

This election represented not only a difference in degree (more election fraud than usual), but a difference in kind.  Institutions that are supposedly non-partisan brazenly threw their weight behind the Democrats.  Democratic officials who indulged in vote rigging may have protected themselves with plausible deniability, but there is no way to deny all the missing media stories.  There can be no doubt that big media and big tech combined to rig the election by hiding relevant news from the voting public.  A poll by the Media Research Center revealed that 35 % of Biden voters were unaware of sex assault allegations against Biden, and a whopping 45 % of Biden voters were unaware of the Hunter Biden scandal.  The MRC study found that 17 percent of the Biden voters they surveyed would have changed their vote if they had known about one or more of the eight stories presented in the study.  In recent months, the media has used its power to convince people to wear a mask over nose and mouth.  Now we learn that they’ve been putting a mask over our eyes as well.

For a long time, conservatives have warned about a possible totalitarian future in America.  But, as evidenced by big media’s successful attempts at thought control, we already live under a soft totalitarianism.  When, for example, was the last time you felt free to voice a controversial opinion to any but trusted friends and family?  If a male at your place of work demands to be addressed as a female, will you stand by your convictions or will you go along with the charade?

Was the election count a charade?  It will be increasingly dangerous to ask the question.  Google and YouTube have already started to remove content that “misleads people by alleging that widespread fraud or errors changed the outcome of the 2020 U.S. presidential election.”  What next?  Re-education camps for those who persist in thinking wrong thoughts?  Incarceration in a mental hospital (as just happened to a French professor of pharmacology who criticized the official line on Covid-19 vaccines)?

It’s possible that such fears are overblown, and that nothing of the sort will ever happen in the U.S.  But the assumption that those on the left-liberal side of the spectrum share the same basic values as those on the right has been proven wrong time and again.

We assume, for example, that liberals would be deeply upset upon learning that Chinese Communist spies have been targeting members of Congress.  But, apparently, not so.  House Speaker Nancy Pelosi said she was not concerned about the possibility that Eric Swalwell, a member of the House Intelligence Committee, had been compromise by a Chinese spy.  Of course, candidate Joe Biden could hardly have been surprised by the news either, since much of the Biden family business revolves around selling access to the Chinese Communist Party.  Indeed, the number of politicians who could actually be shocked by the Swalwell story must be rather small.  FBI Director Christopher Wray recently revealed that the FBI opens a new China-related intelligence case every ten hours.  Meanwhile, John Ratcliffe, the director of national intelligence warned that the scale of Chinese influence operations in the U.S. was far larger than any foreign power had ever attempted.  All of this is confirmed by a video of Professor Di Dongsheng, associate dean of the School of International Studies at Renmin University.  Speaking to a large audience, he revealed that China “has people at the top of America’s core inner circle of power.”  Moreover, some of these “old friends” have been working on China’s behalf for “decades”.”  In addition, he mentioned that the Chinese Communist Party had helped Hunter Biden obtain business deals.

It looks like it would take an army of James Bonds to untangle the web of Chinese influence on our government, but, up until recently, our intelligence people have been acting more like a collection of clueless Clouseau’s.

Speaking of armies, it’s worth noting that our friendly neighbor to the north has been making friendly overtures to the Chinese military. Justin Trudeau—a name that rhymes with Clouseau—had planned to invite elements of the Chinese army to participate in winter warfare exercises. Apparently, there’s not enough cold weather in Manchuria for these sorts of activities. Fortunately, Trudeau’s generals cancelled the plan. But there’s always next year. And there’s always the possibility that a President Biden will invite the Chinese to train in Idaho to make up for Canada’s offensive behavior.

We suddenly find ourselves in a brave new world. Left-wing politicians, a left-wing media, and Orwellian corporations have formed a tacit alliance with the Communist Party of the world’s largest nation—a nation that boasts the planet’s second largest economy and, perhaps, its largest military. None of this bodes well for the survival of freedom in America.

I would like to finish by saying something like “Stay tuned,” but it’s hard to stay tuned when the frequencies on your radio are being shut down one by one.