The Flight into Egypt and the Flight from Reality 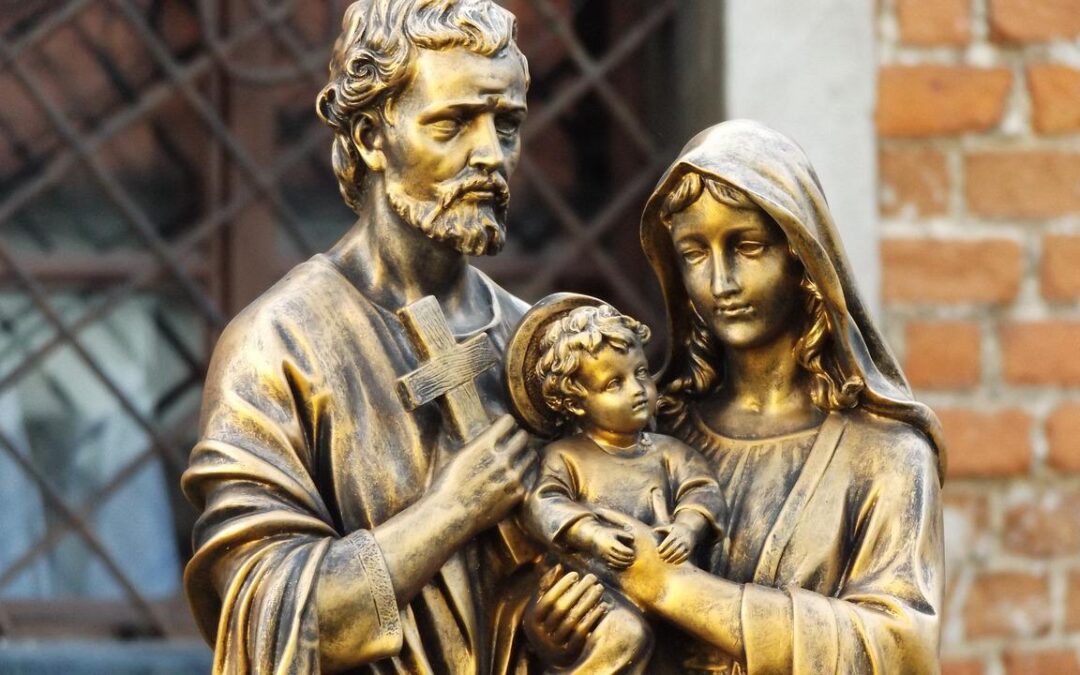 When American bishops call for more welcoming migration policies—as they often do—they frequently hold up the example of the Holy Family’s flight into Egypt to remind us of our duty to migrants.

A recent article by Edward J. Weisenburger, the bishop of Tucson, is typical. “There are clear parallels,” he states, “between the migrants caught in this contemporary crisis and what our Holy Family—Mary, Joseph, and Jesus—endured to escape persecution and imminent death, and to find refuge in Egypt.”

Well, yes and no. There are certainly parallels between the two situations, but there are also significant differences. To make the analogy more relevant to the “contemporary crisis,” we would have to imagine a somewhat different flight into Egypt.

Instead of imagining that the Holy Family traveled alone (or with a small group) to Egypt, imagine that they arrived at the Egyptian border in a large caravan—perhaps several hundred strong. Imagine, moreover, that in addition to peaceful families, the caravan contained its share of thieves, cutthroats, rapists, and smugglers. And perhaps we could throw in a handful of Zealots intent on overthrowing the Roman government (at the time of the Holy Family’s migration, Egypt was part of the Roman Empire).

Now, imagine that such caravans showed up on the Egyptian border every few days, and imagine further that a deadly pandemic was sweeping through the region at the time. Your sympathies might well begin to shift from the migrants to the Egyptian border guards.

And if we want to make the analogy even more relevant to the “contemporary crisis,” let’s add one more complication. Imagine that the Egyptian authorities actually encouraged this massive influx of foreigners, and did everything they could to facilitate it.

Why would they do that? Well, suppose that the Roman prefect (governor) in charge of Egypt at the time was thoroughly dissatisfied with Roman rule in the provinces. Let us suppose that he considered Roman rule to be too tradition-bound to ever effect the kind of radical transformation that was needed in Egyptian society. In order to achieve this fundamental change, the prefect would, of course, need as many supporters as he could find. And the grateful migrants would naturally be inclined to throw their support behind the prefect and his “party” (let us call them the Prefectorians).

As far as we know, however, the actual prefect at the time had no such plans. But the present prefect…er, President, of the United States does think this way. He quite obviously intends to use migration as a lever to increase the power of his party. When Joe Biden thinks of migrants, he doesn’t think of the Holy Family; he thinks of future Democrat voters.

What are the bishops thinking of? Well, critics of a cynical bent suggest that they are thinking of money. A sizeable portion of the yearly revenue for the United States Conference of Catholic Bishops comes from federal grants for the Church’s refugee resettlement program.

Of course, it’s likely that money does influence the bishops’ stance on immigration, but I doubt that they look upon migrants in the same cynical way that liberal politicians do. The bishops may have mixed motives, but it’s difficult to believe that all their motives are base. Helping people in need is a Christian duty, and I assume that the bishops are faithfully trying to meet that obligation. The question is not whether they get paid for their work, but whether or not the work they do results in more harm than good.

As recorded in the Gospel of Matthew, Christ clearly commands his followers to welcome the stranger. But how about twenty thousand strangers per day? With that number likely to increase? And with no end in sight? At that point, things become less clear. And what if the mass migration is deliberately engineered to destabilize the host country? The bishops frequently speak of the need for an “orderly” immigration, but “orderly” departed the scene a long time ago and, if Democrats have their way, “orderly” is not likely to return any time soon.

Yet, at a time when realistic thinking about orderly immigration is called for, the bishops seem to take their cues from liberal Democrat politicians of the kind that specialize in disorder.

Take the controversy over Title 42—the public health order that allows border agents to prevent illegal border crossings when there is a danger of COVID transmission. The Biden administration wants to terminate Title 42, and so do the bishops—even though up until 10 minutes ago, both parties put the highest priority on preventing COVID transmission. Moreover, just about everyone, including Department of Homeland Security Secretary Alejandro Mayorkas, admits that termination of Title 42 will result in an unprecedented surge of illegal immigration.

How will the surge be handled? Don’t worry, the government has everything under control. According to Mayorkas, “we have effectively managed an unprecedented number of non-citizens seeking to enter the United States.” “Managed”? If present policy is any indication, “managed” doesn’t mean to reduce migration to manageable levels; it means to facilitate maximum migration by any means possible—ending border wall construction, refusing requests from the State of Texas for border reinforcements, and providing illegal migrants with hotel rooms, bus rides, and covert night-time flights to undisclosed destinations.

It sometimes seems that Biden, Mayorkas, and company are looking forward to a border surge and to the chaos it would bring. If so, that would be in keeping with the Cloward-Piven strategy—the brain-child of two Columbia University professors who believed that socialism could be introduced to America by deliberately causing the economy to collapse.

Cloward and Piven argued that by overwhelming the welfare system (and, by implication, the immigration system), the existing system could be broken, thus creating a need for a new (and more radical) system.

If enough chaos is generated, people will accept almost any new program that promises to stabilize the situation. The progressives never explain what the new policy will entail. They simply ask us to trust them. But whatever they come up with, it’s a good bet that it will be far more damaging and dictatorial than anything we have yet seen. Every indication suggests that more chaos on the border is exactly what the Biden administration wants.

But is that what the bishops want? Have they really thought things through? Or have they opted to put the immigration issue on auto-pilot? There is ample evidence that they can think things through when they put their minds to it. The bishops may seem naïve about some matters, but they don’t seem insane. They aren’t delusional (as so many progressives are). They understand that boys and girls are not interchangeable. They know that men can’t become pregnant. And they realize that pre-born babies are fully human. In short, they have demonstrated that they can think clearly and logically about a number of issues

Why then can’t they realize that there are limits to the number of people that can be admitted to America if America is to remain America? Yet the bishops keep marching in lockstep on this issue with what must be the most delusional administration ever to have come down the pike of American history.

America is currently run by a bunch of crackpots who seem to think it’s a good idea to destroy America and rebuild it along utopian-socialist lines. And flooding the country with migrants from all over the world is a major part of their destructive strategy.

Do the bishops want to be a part of that? Probably not. Yet, partly out of habit, and partly because they themselves are enmeshed in the system, they continue to run interference for “progressive” migration programs by issuing emotional appeals about the plight of refugees—such as the reminder that the Holy Family were once refugees. But it’s time for them to think a bit more deeply about that analogy.

Secret night-flights? Facilitating illegal behavior? Flooding the system? Does that remind you of the Flight into Egypt? Me neither.

There is, however, one aspect of the Flight into Egypt that does provide much needed perspective on the current situation. Let us recall that the Holy Family was fleeing in order to escape King Herod’s soldiers. Herod had ordered them to kill every male child in Bethlehem under the age of two. In today’s parlance, one might say that Herod had no qualms about post-birth abortions. Whatever you want to call him, it’s quite obvious that Herod had little concern for the lives of children, or for their mothers.

When the bishops beat their Flight-into-Egypt drum, shouldn’t they tell us more about the reason for the flight—namely, a ruthless paranoid madman who created a secret police force to spy on his people? If one were to look for a modern-day counterpart to Herod, one wouldn’t have to look very far. The closest analogy to King Herod in contemporary American society is provided by the pro-abortion “progressives” in the Biden administration.

Metaphorically speaking, the bishops have partnered with Herod because they think that he offers the best plan for protecting the Holy Family from danger.

This article originally appeared in the May 19, 2022 edition of FrontPage.

Pictured above: The Holy Family