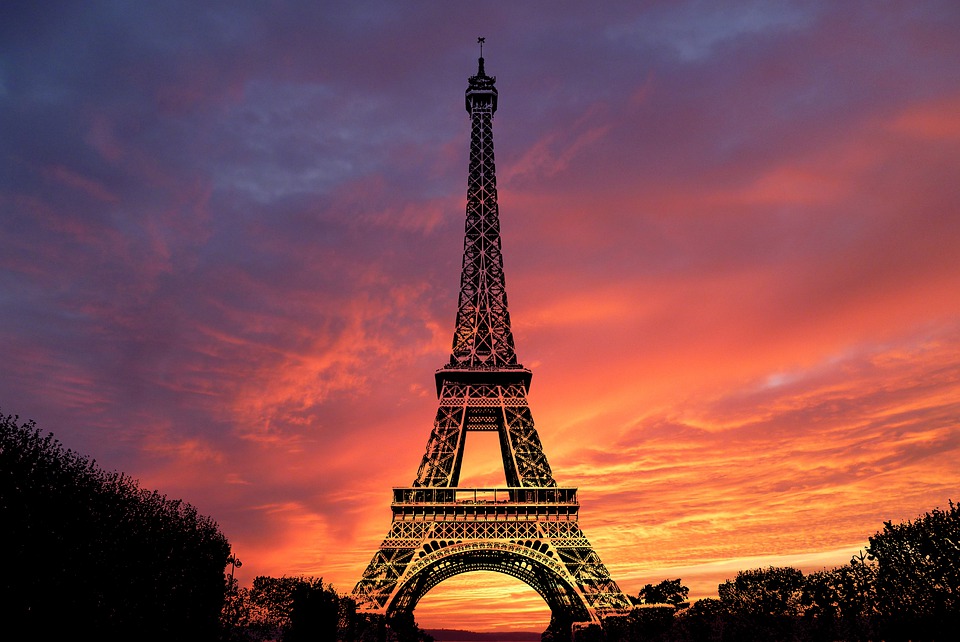 After a series of terror attacks in France, including one that left three people dead at a Catholic Church in Nice, Vatican Cardinal Robert Sarah said that the West must wake up to the threat of Islamism. “Islamism,” His Eminence said, “is a monstrous fanaticism which must be fought with force and determination.”

But you can’t fight something with determination unless you first believe it exists. Unfortunately, many authorities in the West, including many of Sarah’s fellow cardinals and bishops, refuse to acknowledge the existence of some obvious facts about Islam. Cardinal Sarah is one of a few prelates willing to break with the semiofficial narrative about Islam now prevalent in the Church—namely, that terrorists who kill in the name of Islam both misunderstand and pervert their religion.

Secular authorities, particularly in Europe, have adopted a similar line. There’s nothing wrong with Islam, they maintain; jihadists have simply misunderstood their faith. Thus, government-sponsored “deradicalization” programs are based on the premise that learning more about Islam will cure the would-be jihadist of his extremism.

But that works only if authentic Islam really is the religion of peace, justice, fraternity, and equality that secular and Church leaders hold it to be.

In fact, the deradicalization programs in France and other countries haven’t been very successful. Why? Because, as a number of European studies have concluded, increased devotion among Muslims correlates with increased radicalization. After reviewing an extensive German study, Danish psychologist Nicolai Sennels observed, “the many interviews showed that Islam is distinguished by being the only religion that makes people more prone to violence the more religious one becomes.”

Indeed, the FBI used to list “increased religiosity” as one of the signs of potential terrorist activity. Then, in what might be considered a sign of increased leftist activity, the Obama administration purged the FBI training programs of all materials that might be considered offensive to Islam. So, when mild-mannered graduate student Muhammad Jones suddenly starts growing a beard, wearing long robes and attending mosque five times a week, you’re not supposed to notice.

With this in mind, let’s look at the assailants in the recent attacks in France. All three were heard to shout “Allahu akbar” as they attacked their victims. One shouldn’t jump to conclusions, of course, but the invocation of Allah does suggest a religious motive, doesn’t it? After beheading a teacher for “insulting” Muhammad, Abdullah Anzorov sent a message to a contact saying that he had “avenged the Prophet.” According to an AFP report, locals in the Normandy town where Anzorov lived remarked that he had become increasingly religious in recent years. Apparently so. In his last message before being killed by police, Anzorov made a final request: “Brothers, pray that Allah accepts me as a martyr.”

The behavior of the other two terrorist also suggests a religious motivation. Brahim Aoussaoui, a Tunisian migrant who killed three people inside the Basilica of Notre Dame in Nice on October 29, also tried to behead one of his victims—one of the punishments that is prescribed in the Koran for blasphemers. Not coincidentally, Aoussaoui was carrying a Koran. The other not-so-coincidental feature of his attack was that he targeted a Catholic Church. Why? Well, quite possibly because the Koran encourages Muslims to “kill [unbelievers] wherever you find them” (2:191). To borrow a phrase from Senator Feinstein, one might say of Mr. Aoussaoui that “the dogma lives loudly” within him.

But, with a few exceptions, no one in the Church or the world wants to admit that Islamic dogma, not “a desire to divide us,” is what motivates young jihadis to commit murder. Take the case of the third jihadi, twenty-five-year-old Zaheer Mahmoud. On September 25, he severely wounded two people with a meat cleaver outside the Paris offices of Charlie Hebdo, the satirical weekly that published the infamous Muhammad cartoons.

Before the attack. Mahmoud posted a video saying he wanted to avenge the Prophet Muhammad for the offense committed by the Charlie Hebdo staff. He must, one assumes, be a devout Muslim. Although Mahmoud was not killed in his subsequent encounter with police, he was, it seems, quite willing to die for the sake of Allah and Muhammad. By any standard that is a clear sign of devotion. His mother recounts that her son had told family members in Pakistan of his plans prior to the attack, and asked for their prayers.

So, the case of Zaheer Mahmoud seems to confirm the finding that devout Muslims may be more prone to jihad than their more lukewarm coreligionists. Still, we are told incessantly that the vast majority of Muslims are peaceful moderates. Surely, Mahmoud must have misunderstood his religion. N’est-ce pas?

Well, if that was the case, we would expect that Mahmoud’s mother would have rushed to the authorities the minute she heard of her son’s plans to massacre a bunch of people in Paris.

But she didn’t. Indeed, according to Roznama Ummat, a Pakistani newspaper, the whole family was quite proud of the son. Not only that, but “Zaheer Mahmoud is being considered a hero across all of Pakistan.” As Zaheer’s father explained, “Whatever Zaheer has done, it’s very good. The punishment for committing blasphemy of the prophet is death, and the blasphemer deserves nothing less than death. The one who kills those who commit blasphemy against the prophet enters paradise and his entire family will go to paradise. This is the reason I feel very proud that my son has carried out such a good deed.”

So, Zaheer was not a rogue zealot. His deed reflected the sentiments of many in Pakistan. Indeed, this habit of honoring the avengers of Allah and Muhammad is widespread in the Muslim world. In Palestine, for instance, numerous streets, squares, parks, and schools are named in honor of “martyrs”—that is, Palestinians who have murdered innocent Israeli men, women, and children. In the case of Israelis, it’s not even necessary that they utter a blasphemy. The mere fact that they are Jews is offensive to Allah and therefore sufficient justification for their execution.

What’s more, the Palestinian government’s “pay for slay” program—the awarding of lifelong stipends to the families of the “martyrs”—acts as an incentive to ensure that more “good” sons will make their parents proud, and earn them a ticket to paradise to boot.

Meanwhile, back in France, the delusion that the Allah of the Koran and the God worshipped by Christians and Jews is one and the same continues. In a statement issued by the Archdiocese of Paris, Archbishop Aupetit said he was “stunned by this murderous madness in the name of God.” Don’t the Muslims know that Allah is a God of love?

At the same time, the bishops of France issued a statement suggesting that they too subscribe to the belief that when Muslims murder in the name of Allah, it is because they misunderstand the peaceful nature of their faith. Thus, “it is urgent that this gangrene be stopped, as it is urgent that we find the indispensable fraternity which will hold us all upright in the face of these threats.”

The use of the term “gangrene” suggests that the bishops believe that the death penalty for blasphemy is some sort of unhealthy development in an otherwise sound system. But that’s not the case. Killing blasphemers is sanctioned in the Koran, the hadith, and the Islamic law books. As Islam scholar Raymond Ibrahim observes, Westerners have fallen for the notion that “killing blasphemers is somehow strange or ‘extreme’ for Islam, when it is and always has been standard.”

The fact that numerous Muslim leaders all over the world have expressed more concern over the blasphemy than the beheadings suggests that it is the bishops, not the jihadists, who have misunderstood Islam. They seem to have created in their imaginations a fantasy Islam, one that bears little relation to the real one.

This habit of wishful thinking is confirmed in the clause immediately following the one that describes the prescribed sharia penalty for blasphemy as a “gangrene.” “It is urgent,” the bishops write, “that we find the indispensable fraternity which will hold us all upright in the face of these threats.”

Fraternity? Muslims and Christians do share a common humanity, and it’s important to keep that in mind. However, movements to base a workable society on simple human fraternity, like the French Revolution, always end up in totalitarian regimes. The brotherhood of man without the fatherhood of God is a formula for disaster. The trouble with trying to create a fraternity with Islam is that Muslims and Christians do not share a common theology. For starters, Muslims don’t believe that God is a father. In fact, it’s blasphemy to say that he is.

Catholics are deeply confused about Islam. Because there are surface similarities between the two faiths, many have jumped to the conclusion that fellowship with Islam is just a step away. The latest example of this overly optimistic assessment of Islam is the recent encyclical Fratelli Tutti (“Brothers All”). After reading Fratelli Tutti, one could easily come away with the impression that Islam is a humanistic religion.

Fratelli Tutti contains a reminder from the “Human Fraternity” document signed by Pope Francis and Grand Imam Ahmed al-Tayyeb that religious violence is “the consequence of a deviation from religious teachings.”

That may be true of some religions, but it is becoming increasingly clear that Islamic violence is very often a direct consequence of following the teachings of Islam. Catholic leaders and Catholic scholars (such as Thomas Aquinas) once knew that and taught it.

The bishops of France say “it is urgent we find the indispensable fraternity which will hold us all upright.” It seems much more urgent that they locate copies of the Koran and The Life of Muhammad, and acquaint themselves with the teachings of Islam.

This article originally appeared in the November 5, 2020 edition of Crisis.