The Church, the Jews, and the Palestinians. 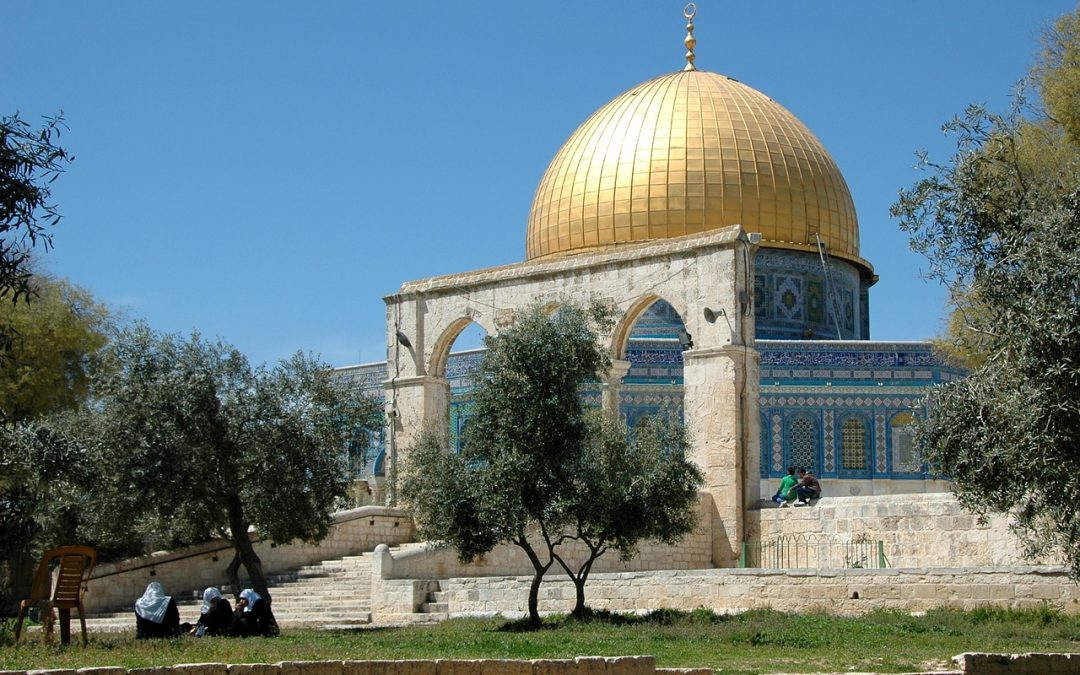 In view of the current strife between Israel and Hamas, we’re re-posting this piece from four years ago to provide some perspective.

Catholics who don’t pay attention may think that Jewish-Catholic relations are in good shape. After all, Church documents such as Nostra Aetate decry anti-Semitism and speak of the great “spiritual patrimony common to Christians and Jews.” Moreover, most recent popes have had close personal friendships with Jews.

On the other hand, when one descends from the level of spiritual brotherhood to the level of politics and international relations, it’s difficult to make the case that the Church has been a particular friend to the Jews in recent years. About 40 percent of the world’s Jews live in Israel, yet ever since the creation of the Jewish state, the Vatican attitude toward Israel has been stand-offish at best. The Vatican was the last Western government to recognize the State of Israel and one of the first world governments to recognize Palestine as a state.

Indeed, although the Vatican has adopted the position of neutral peacemaker between Israel and the Palestinians, its sympathy for the Palestinian cause is difficult to ignore.

Take the recent controversy surrounding the Temple Mount in Jerusalem. After two Druze Israeli policemen were murdered by three Palestinian terrorists on the Temple Mount, the Israeli government temporarily closed the site and installed walk-through metal detectors at the entrances. To fair-minded people, this might seem like the sensible thing to do in the circumstances, but Palestinians reacted with angry protests and demands that the metal detectors be removed.

That’s not surprising, of course; that’s what Palestinians often do. What might be surprising to those unfamiliar with the Church’s record of favoritism to the Palestinian side is that Catholic leaders backed them to the hilt. Fouad Twal, the Latin (i.e. Catholic) Patriarch of Jerusalem issued a statement signed by the heads of the 13 Christian communities condemning the violence, but in language that laid most of the blame on Israel.

For starters, the statement referred to the site by its Arab name, Haram ash-Sharif, thus buttressing the Muslim claim that the Temple Mount belongs to Islam. The statement went on to express concern that any change to the prevailing status quo governing the site “could easily lead to serious and unpredictable consequences.”

This is not the first time that the Vatican has disapproved of an Israeli self-defense measure. When Pope Francis visited the Holy Land in May of 2014, he made a point of stopping to pray at the West Bank Security barrier—a barrier that was built to protect Jews from Palestinian terrorists. In the context of the Pope’s long standing “build-bridges-not-walls” rhetoric, his gesture was clearly meant as a criticism of Israeli policy. The fact that he chose a section of the wall where a large graffiti compared Bethlehem to the Warsaw Ghetto only added to the insult. The implicit message of the graffiti is that the Jews are the new Nazis.

Some have criticized Church leaders for drawing a moral equivalence between Israel and the Palestinian Authority, but it might be more accurate to say that they consistently grant the Palestinians the moral advantage. The double standard is glaring. Typically, Catholic prelates, both in Rome and in the Middle East maintain a respectful silence when rockets are fired into Israel from the Gaza strip, but when Israel eventually fires back, they suddenly feel called upon to speak out. Typically, they are disturbed by the idea of a Jewish state, but less disturbed by the oft-repeated wish that Palestine should stretch from the “river to the sea.”

Another double standard can be seen in the response to the death of innocent children. When Palestinian propagandists began to cast themselves in the role of innocents massacred by King Herod, Catholic clergy were quick to pick up the theme. On the occasion of the war between Hamas and Israel, Cardinal Gianfranco Ravasi, president of the Pontifical Council for Culture, said “I think of the ‘massacre of the innocents.’ Children are dying in Gaza, their mothers’ shouts is a perennial cry.” Patriarch Twal is also fond of the analogy. At the Church of the Nativity in Bethlehem, in the presence of Pope Francis, he likened the Palestinians to the “Divine Child” and the Israelis to King Herod.

On the other hand, the death of Israeli children doesn’t seem to have the same effect. When Israelis suffer civilian casualties, the response is more muted. Instead of reaching for iconic Biblical allusions, Catholic officialdom is content to fall back on boilerplate formulas such as “we-mourn-the-loss-of-life-on-both-sides,” or “we-pray-for-an-end-to-the-cycle-of-violence.”

One might counter that the Gazan children were killed by Israeli government rockets, whereas the Israeli children are killed by terrorists acting on their own, not by the Palestinian Authority. But that’s not quite the case. For many years, the Palestinian Authority has been busy indoctrinating children in state schools and on state television that jihad martyrdom is life’s highest calling. The high esteem in which martyrs are held can be seen in the many street, squares, parks, and schools named after martyrs. The growing number of 18 and 19 year-olds who are currently roaming Jerusalem and environs seeking for Jews to slay, are products of that indoctrination.

But the problem goes deeper than indoctrination. There is also the matter of cash incentives. During the most recent crisis over the Temple Mount, 19-year old Omar al-Abed proclaimed on his Facebook account that “my knife will answer the cry of al-Asqa.” Shortly after, he entered a Jewish home and slaughtered three members of a family, while badly injuring a fourth. When Omar’s mother learned of the murders she exclaimed: “Praise Allah. I am proud of my son. May Allah be pleased with him.” Mrs. al-Abed had several reasons to be proud. In addition to Allah’s blessings, the family can look forward to a monthly stipend of more than $3,100 from the Palestinian Authority. Although Allah rewards jihad murderers in paradise, the Palestinian government rewards them on earth with a hefty monthly lifetime salary. It’s been dubbed the “pay-to-slay” program, and the more Jews the terrorist kills, the higher the payment.

Does the Vatican know about the pay-to-slay program? Does Patriarch Fouad Twal? Because of the proposed Taylor Force Act, the program has been very much in the news of late. Yet a Google search of “Vatican criticizes Palestinian pay-to-slay program” produced no results. If it was revealed that the Israeli government were paying Jewish settlers to kill Palestinians, there can be little doubt that the Vatican would immediately condemn Israel in the strongest possible terms.

The pay-to slay program not only incentivizes the murder of Jews, it is also deeply corrupting of Palestinian families and of Palestinian children who grow up thinking that killing Jews is a noble deed. It is, in short, a singular evil; and one that cannot be explained away as one more revolution of the “cycle of violence.” It calls for a singular and powerful rebuke, not the usual let’s-look-at-both-sides-of-the-issue kind of equivocation we have grown used to.

The Church, mindful of the patrimony she shares with the Jews and moved not by political reasons but by the Gospel’s spiritual love, decries hatred, persecutions, displays of anti-Semitism, directed against Jews at any time and by anyone.

The pay-to-slay program provides an opportunity to Church leaders to assure the world that they take these words to heart.

This article originally appeared in the August 25, 2017 edition of Catholic World Report.