The Abrahamic Family House: A Recipe for Diluting the Faith 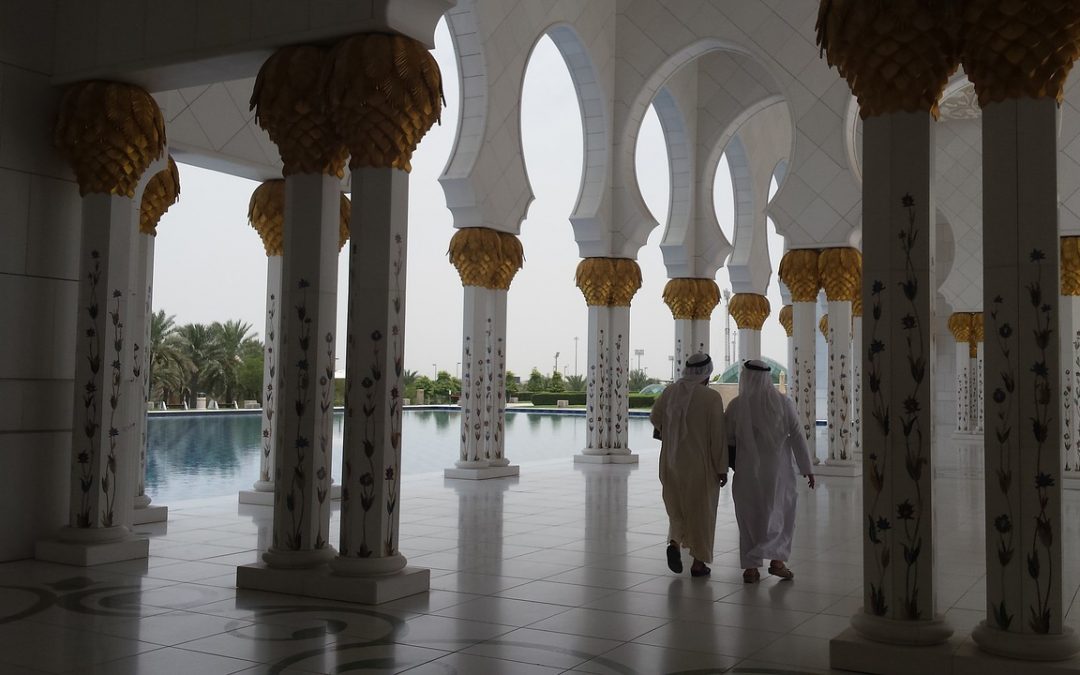 The Abrahamic Family House is scheduled to open in Abu Dhabi in 2022. It will consist of three main buildings—a mosque, a church, and a synagogue. A project of the Higher Committee of Human Fraternity (HCHF), the Abrahamic Family House was inspired by the 2019 Document on Human Fraternity signed by Pope Francis and Grand Imam Ahmed el-Tayeb. According to the Chairman of the HCHF, the site “epitomizes interfaith harmonious coexistence and preserves the unique character of each religion.”

The main push for harmonizing the three Abrahamic faiths comes from Pope Francis. He has long advocated for various religions to unite under common beliefs and values. The hitch is that the common beliefs and values described in the Document on Human Fraternity are mostly humanistic values—tolerance, acceptance, fraternity, mutual understanding, and so forth. God is mentioned frequently, but He is a generic God. He has created all human beings equally and wants them to live together in peace and harmony as brothers and sisters.

At the same time, however, the document asserts that “the pluralism and the diversity of religions…are willed by God.” This raises an important question. If God wants all people to live together in fraternity and harmony, why did He create a “diversity of religions”? After all, a great many bloody wars have been fought over religious differences.

The document doesn’t really answer this question. Rather, it pretends that, despite their diversity, all religions are more or less the same; all teach peace, equality, and freedom. When bad things happen, it’s not the fault of religion but of “deviation from the teachings of religions.”

For example, the Document on Human Fraternity makes no mention of the fact that Christians believe that God is a Trinity. There is also no mention of Jesus Christ, the Second Person of the Trinity who came to earth to reveal these and other truths to mankind. The “unique character” of Christianity is that it was founded by Christ, the Son of God.

Yet, belief in the Trinity and in the divinity of Christ is not shared by Jews and Muslims. In fact, the religion of Islam vehemently rejects these beliefs. So, the price of entry into the Abrahamic House is to de-emphasize the central elements of your faith. At least, that is the price that Francis seems willing to pay. Whether or not Jews and Muslims will dilute their faiths correspondingly is another matter.

Will Francis and his followers succeed in watering down Christianity sufficiently so that it can blend smoothly with other religions? Fortunately, there is good reason to think that they won’t succeed. The main obstacle to the success of the syncretic project is an itinerant preacher from Galilee named Jesus. His clear teachings are the greatest impediment to syncretism. The claim that, “I am the way, and the truth, and the life” is not conducive to interreligious compromise. Likewise, the assertion that “no one comes to the Father but by me” (John 14:6) does not suggest that plurality and diversity of religions are willed by God.

Reading the Gospels, one does not get the impression that God willed a diversity of religions. On the contrary, it seems quite obvious that God willed one particular religion and sent His Son to establish it on earth. The “unique character” of Christianity is not that it teaches love of neighbor and charity toward the poor—other religions do the same. Its unique character is that it was founded by God in person.

Admittedly, the Christian claim seems boastful at first glance. And if Christ’s claim about Himself was untrue, that would make Him not only a boastful fraud but also dangerously deceptive—indeed, one of the worst people of all time. As C.S. Lewis and others have observed, if Christ was not God, then He was either a colossal liar or a lunatic. But, to abbreviate Lewis’ argument, Christ seems to be neither crazy nor deceitful, so we must accept the conclusion that He is God. After all, that is what He claimed—not just once or twice, but over and over, directly and indirectly.

Moreover, Christ brought His message to a people—monotheistic Jews—who would instinctively resist any man’s claim to be God. Let us recall that the Jews of the Roman era were a far more skeptical lot than modern-day Americans, many of whom seem disposed to swallow whatever “woke” fantasy is currently in fashion.

Yet it was among these hard-to-convince first-century Jews that many came to believe the astonishing claims made by Jesus. We tend to forget just how astonishing those claims were and are. As I wrote ten years ago:

Imagine how it would sound for any other man, even a great man, to talk about himself the way Christ did. How would it sound if Socrates had said, “Before Abraham came to be, I am”? Or if George Washington had said, “He who lives and believes in me shall never die”? Or if Winston Churchill had said “Your sins are forgiven you”? The answer? It would sound crazy in the extreme.… The strange thing is that, in the case of Christ, the claims don’t seem quite so crazy. In His case, the words do seem to fit the man. (Christianity, Islam, and Atheism, p. 137)

Of course, it wasn’t only the words that convinced people that Jesus was truly the Son of God. The words were backed up by miracles—many of them. And there must have been something else—some extraordinary power of personality. Msgr. Ronald Knox put it this way: “What was the magic of voice or look that drew them [the apostles] away in those early days when no miracles had yet been done, when the campaign of preaching had not yet been opened?” It must have been, Knox suggests, “the tremendous impact which his force of character made on people” (The Hidden Stream, p. 107).

The question is this: If you believe in the power, authority, and divinity of Christ, and if you believe in His startling claim that He is the only way to the Father, why would you want to simply dialogue with members of other faiths? Shouldn’t you want to convert them? Likewise, why would you want to form a unity of religions in which each retains its “unique character”? Wouldn’t you want to convert those other religions to the Church established by Christ? That seems to be what Christ desired when He told His apostles, “Go therefore and make disciples of all nations, baptizing them in the name of the Father and of the Son and of the Holy Spirit” (Matthew 28:19).

Yet Pope Francis and others in the Church leadership don’t seem terribly interested in making converts to Christ. In Evangelii Gaudium, Francis seems to exempt both Jews and Muslims from any need to convert. He once told a group of Muslim migrants that they should find comfort in the Koran. Another time, he advised Catholics in Morocco that “Conversion is not your mission.” And he told atheist journalist Eugenio Scalfari that “proselytism is solemn nonsense.” In 2014, he told a group of Protestants, “I’m not interested in converting Evangelicals to Catholicism.” On another occasion, he criticized the ordinariate established by Benedict XVI for Anglicans who wish to become Catholics. Francis said they should remain as Anglicans.

In that regard, it was recently reported that “efforts were made at the highest level of the Vatican to dissuade 72-year-old Nazir-Ali from converting to Catholicism.” Dr. Michael Nazir-Ali, the former Anglican bishop of Rochester, England, recently converted to Catholicism. The most likely reason for the efforts to dissuade him is that Dr. Nazir-Ali is a strong critic of Islamic sharia. Furthermore, he felt the Church of England was not doing enough to convert Muslims. According to a clerical source cited by Church Militant, “Nazir-Ali isn’t the kind of convert we are looking for under the Francis pontificate.”

“Not the kind of convert we are looking for”? One sometimes gets the impression that the Church under Pope Francis isn’t looking for any converts at all. Why bother to convert when all religions are roughly the same? And, make no mistake, the sameness of all religions is one of the basic assumptions undergirding the Document on Human Fraternity (which, by the way, looks very much as though it was written in Rome rather than in Cairo.) Here’s a typical passage:

This Document…upholds…the firm conviction that authentic teachings of religions invite us to remain rooted in the values of peace; to defend the values of mutual understanding, human fraternity and harmonious coexistence; to re-establish wisdom, justice and love…

All of this sounds more like one of those Humanist Manifestos of the last century than like a document written by men who are on fire with the love of God. Religion? Any one will do—as long as it’s committed to humanist values.

As for the violent commands of Muhammad and the exclusive demands of Jesus? Well, as the document says, “Dialogue among believers means coming together in the vast space of spiritual, human and shared social values.” But perhaps the space for dialogue is not so vast after all. The document goes on to say, “It [dialogue] also means avoiding unproductive discussions.” Hmm. It’s a good bet that all those astonishing claims that Jesus made about Himself fall under the category of “unproductive discussions.” Indeed, if your aim is the creation of a one-world humanistic religion, then about 90 percent of the New Testament is “unproductive.” Not to mention the significant percentage of the Koran that does not fit into a humanistic framework.

This article originally appeared in the October 25, 2021 edition of Crisis.