Responding to Jihad: Going About our Business or Getting Down to Business? 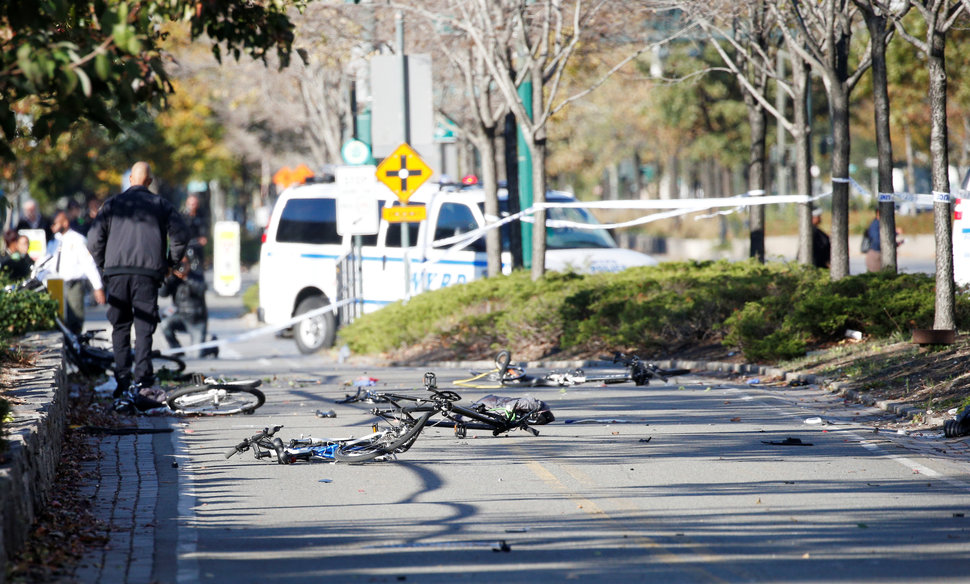 In the wake of the jihad truck attack on a New York City bike path, politicians and the press responded with the usual reassurances that follow terror attacks like night follows day.

NYC Mayor de Blasio said, “The last thing we should do is start casting dispersions [sic] on whole races of people or whole religions.” NY State’s Governor Cuomo said, “We’re not going to let them win. We’ll go about our business. . . .Live your life. Don’t let them change us.”

We’ve heard all this before, and after every terror attack we’ve also heard that “this has nothing to do with Islam.” Even figures in the Church – from the Vatican on down – have taken up this mantra.

The latest variation on that theme was NYC Deputy Police Commissioner John Miller’s assurance: “This isn’t about Islam, this isn’t about the mosque he attends.” Meanwhile, members of the press robotically recited from their own playbook. NBC News ran with the now familiar headline, “Muslim American’s Again Brace for Backlash.”

All of which seems to be a rather anemic way to respond to what is essentially a guerilla attack in a world-wide war. “We’ll go about our business.” That’s all? Most people intuit that “going about our business” is not going to solve the problem. “Don’t let them change us.” Seriously? They already have changed us. New York City now deploys thousands of police for public events; in Paris, soldiers patrol the streets. And still the attacks go on.

Most people realize that there are more streets than soldiers and police can possibly guard. Moreover, they understand that the origin of the trouble is not to be found on West Side bike paths or in boulevards in Nice. If you’re going to deploy more police, why not deploy them to the places where the attacks are planned?

That would mean sending more police into predominantly Muslim neighborhoods – not necessarily to patrol the streets, but to gather information, cultivate informants, and to pay visits to mosques and Islamic centers.

That, however, is exactly what the “Muslims-brace-for-backlash” headlines are intended to prevent. It’s what CAIR’s “Islamophobia” campaign is designed to forestall. And it’s why officials like Mayor de Blasio keep harping on the theme that the worst thing we can do is to cast aspersions on “whole races” or “whole religions.”

In fact, the NYPD did have a very effective program for monitoring the Muslim community until de Blasio shut it down in order to appease various Islamic pressure groups. That program included surveillance of the mosque in New Jersey that the attacker, Sayfullo Saipov, attended.

This is the mosque the Deputy Police Commissioner referred to when he said, “this isn’t about the mosque he attends.” But according to Bill McGroarty, a NYPD detective who worked on the investigation, more than twenty men at Saipov’s mosque have been radicalized.

To ordinary people, the NYPD’s canceled monitoring program makes perfect sense: if you want to catch terrorists before they strike, you go to the places where terrorists and potential terrorists live, and you start asking questions.

In an interview with Tucker Carlson, former Secret Service agent Dan Bongino pointed out that this is how the authorities broke up the Mafia. Police and FBI cultivated informants in the – gasp! – Italian-American community. They managed to infiltrate Mafia organizations and were not reluctant to shake some trees.

Fortunately, Italian-Americans didn’t look at it that way. Most of them didn’t take the surveillance of the mob as a sign that America was anti-Italian. Most were happy to get out from under the thumb of the Mafia.

Bongino recommends a similar approach for flushing out the extremists in Muslim communities. Of course, we already know how some will respond. Those who fear being thought “Islamophobic” more than they fear Islamic terror will recoil at the thought. And they will claim that increased monitoring will offend moderate Muslims and maybe even drive them into the radical camp.

But if the vast majority of Muslims are moderate, as is so often claimed, won’t they be glad to cooperate with the police in exposing the handful of extremists who give the community a bad name? If Muslim-Americans are as patriotic as Italian-Americans, won’t they be happy to do their part in clearing the good name of Islam?

And if some are not quite sure of their loyalties, shouldn’t the police and the district attorneys apply some pressure – as police and attorneys undoubtedly had to do on occasion in the Italian-American community?

It’s not as though members of the Muslim communities aren’t already under pressure. Many are under pressure from imams and other religious leaders to put loyalty to the ummah first. Many are under similar pressure from their own families. Groups such as CAIR, ISNA, and the Muslim American Society also exert pressure to put Islam above every other loyalty. Some CAIR chapters have even advised Muslims not to cooperate with the FBI.

If the pressures and incentives only come from one side, the result is predictable. If no counter pressure is applied, the moderate influence will weaken, and Muslim communities will fall deeper and deeper under the influence of the more radical sort of Muslim. Eventually, their communities will end up like some areas in France and Belgium – places where the police fear to go, and where the Islamic version of the code of omertà keeps everyone in line.

Truly moderate Muslims will want to avoid that fate. They deserve all the help they can get in resisting it – even if that means putting some of their self-appointed representatives under closer scrutiny.

This article originally appeared in the November 9, 2017 edition of The Catholic Thing.  From time to time we will feature older articles that recent readers might have missed.  These pieces also provide a measuring stick to gauge whether or not we are making progress in the civilizational struggle with Islam and its enablers.