Raymond Ibrahim reviews “What Catholics Need to Know about Islam” 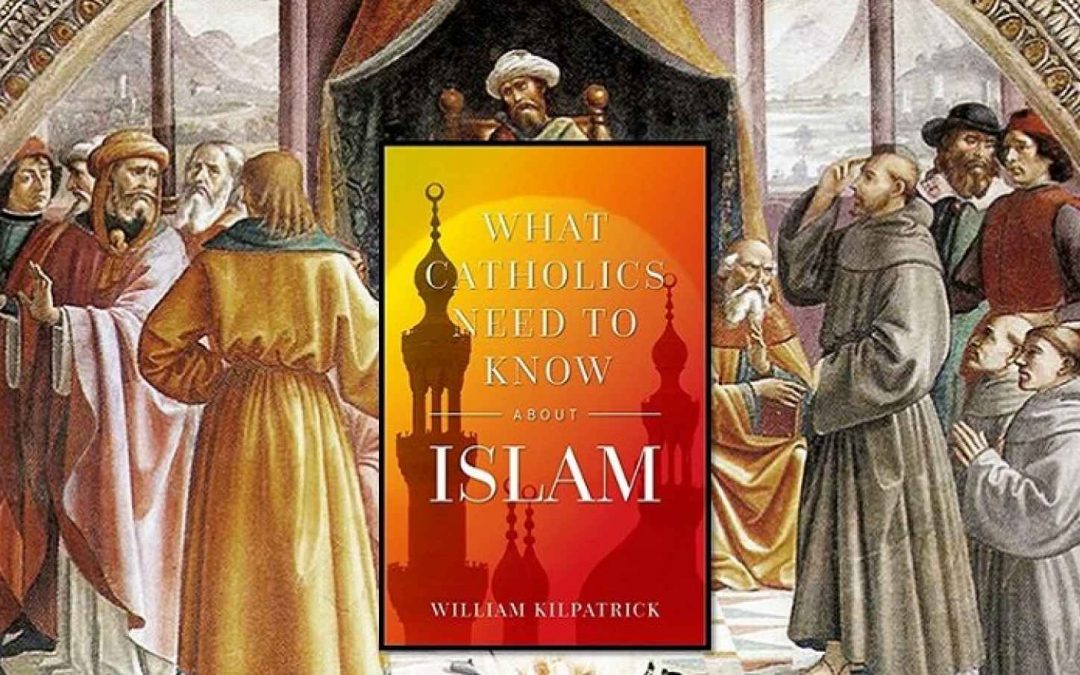 Raymond Ibrahim is a Shillman Fellow at the David Horowitz Freedom Center.

Of the various strands of Christianity, historically, Catholicism was the chief enemy of Islam.  It was the popes who called for the crusades; and it was Catholics who took the cross.

Times have changed, radically.  Today, the Catholic Church’s hierarchy stands among the greatest apologists for Islam.  Europe’s top cardinal, Jean-Claude Hollerich, recently said, for instance, that “Prophet Muhammad would have been ashamed” of the terrorism plaguing France, including the butchery of elderly Christians inside their church in Nice, and the beheading of a French teacher who “blasphemed” against Muhammad.

Indeed, one need only look to Pope Francis for a plethora of apologias concerning Islam, which he regularly presents as a “sister” religion to Christianity that seeks only to coexist peacefully with Catholics and everyone else.  Just because some Muslims “misinterpret” their religion, the pope has insisted, is not Islam’s fault.

Thus, in 2016, when a journalist asked Pope Francis if Fr. Jacques—another French priest slaughtered by Muslims inside his church during mass—was “killed in the name of Islam,” Francis adamantly disagreed.  He argued that he hears of Catholics committing violence every day in Italy: “this one who has murdered his girlfriend, another who has murdered the mother-in-law… and these are baptized Catholics! There are violent Catholics!  If I speak of Islamic violence, I must speak of Catholic violence.”

Apparently, for this pope, violence done in accordance with Allah’s commandments—for example the execution of blasphemers—is no more troubling than violence done in contradiction of the Christian God’s commandments.  By this perverse logic, if we hold Islam accountable, so must we hold Christianity accountable, regardless of the fact that Islam does justify violence—against apostates, blasphemers, infidels in general, et. al.—while Christianity condemns it.

If this is the Catholic hierarchy’s “official” position on Islam, clearly, the Catholic Church as a body is not just forfeiting its 1,400 years of experience with and knowledge of Islam; it is being indoctrinated in the exact opposite of truth.

It is for this reason that What Catholics Need to Know about Islam, a new book by William Kilpatrick, is a welcome and timely contribution.  Consisting of some 400 pages divided into 23 chapters, the author explores a variety of topics, which have largely been censored by the Catholic hierarchy, starting with the widespread claim that Christians and Muslims worship the same God—an obvious falsehood, unless one accepts that God is schizophrenic, presenting certain attributes about himself to one group of people, while denouncing those same attributes to another group.

Along with the outright suppression of facts foisted by the apologists, Kilpatrick shows how appeasement, political correctness, and Western self-hatred and/or guilt are being manipulated to make Christians—who by nature are already prone to forgiving their enemies while harshly judging themselves—inadvertently empower Islamic aggression against themselves, as a form of “piety.”

The author also highlights a number of overlooked parallels.  For example, he shows how Muslim activists employ the same tactics—including through the infiltration and subsequent subversion of government, academia, and media—that have led to the meteoric rise of the LGBT movement, for example.

Most importantly, Kilpatrick’s book gives the lie to—and is an antidote against—the Catholic hierarchy’s defenses of Islam, including by showing how, through their guidance, the church is dying in Europe, even as mosques litter the landscape.   As he writes, “We are now seeing the resurrection of Islam as a great and dangerous power.” Meanwhile, “the current crop of church leaders has shown an excessive tolerance not only toward Islam, but also toward the world, the flesh, and sometimes, it seems, even toward the devil.”

That can all change, and rather easily, argues the author.   After all, we are living in a day and age when Islam is inherently weak, capable of terrorizing the West only because the latter provides it with the means to do so.  Thus, for Kilpatrick, to resist “Islam’s totalitarian incursions,” we need not turn to “raising armies and navies”; rather, we need to heed Christ’s words: “The truth shall set you free” (John 8:32).

And, when it comes to the truth concerning Muhammad’s religion—a dangerous truth which has been so utterly suppressed, not least by the Catholic hierarchy—What Catholics Need to Know about Islam is certainly a step in the right direction.

This review originally appeared in the November 30, 2020 edition of Frontpage Magazine.