Pride Goeth Before a Fall 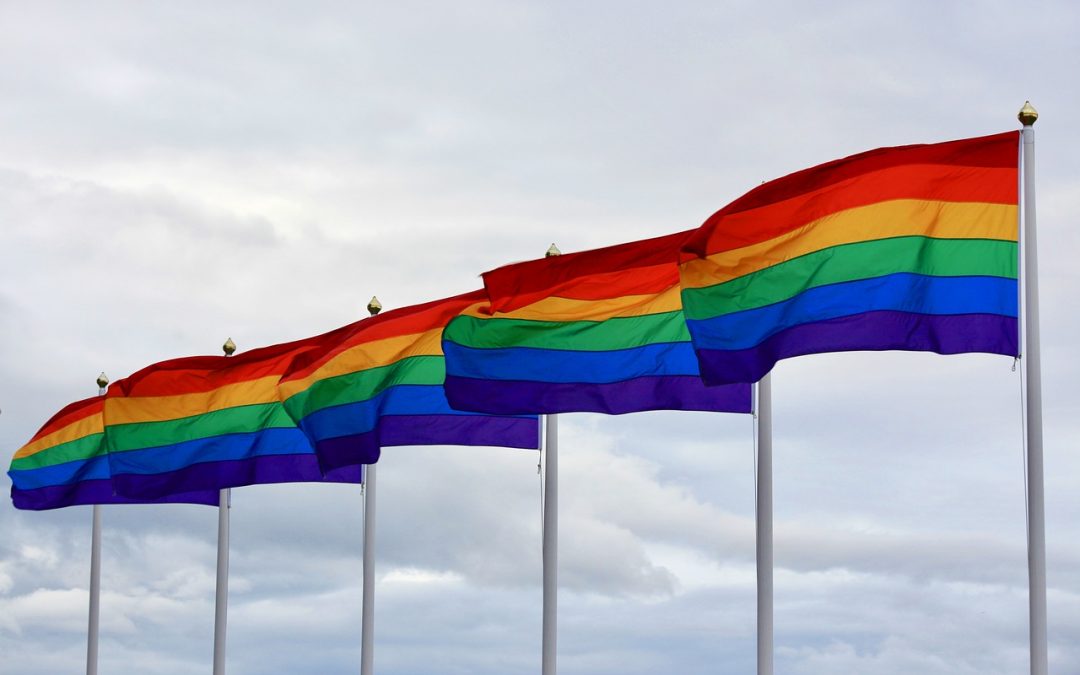 Seven years ago, I wrote a dark comedy about political correctness run amok in the military. To quote from the back cover of Insecurity, “Gays, Muslims, and security threats are multiplying at Fort Camp, but no one seems to notice.”

The Muslim officers at Fort Camp and other nearby army bases are plotting a coup to take over the military and then the government. They are taking advantage of the Army’s new-found openness to diversity, and its consequent inability to notice the existence of radical Islamic extremists in its midst. Every suspicious move by the plotters is dismissed by the base commandant as simply a matter of cultural differences.

Well, I was half-right. A military coup does seem to be unfolding before our eyes and, since it’s being carried out in the name of diversity, very few seem to notice. But it’s not a radical Muslim coup, it’s a radical top brass coup—a purge of “radical right extremists” conducted by left-leaning generals, a secretary of defense, and one Bishop.

He’s not actually a bishop, but he is an extremist. His name is Bishop Garrison. He’s a former Army officer and currently serves as Director of National Security Outreach. He also leads the Defense Department’s Countering Extremism Wokeing…er, Working Group. Garrison is fully on board with Critical Race Theory, the 1619 Project, and President Biden’s belief that “terrorism from white supremacy is the most lethal threat to the homeland today.” On the other hand, Garrison has tweeted that support for “racist” Donald Trump “is support for ALL his beliefs.”

That seems to suggest that about half the voters in America are extremists, and if any such get into the military, they should be rooted out. When Obama was president, he purged about 200 top-ranking conservative officers from the military, and it looks as though Bishop Garrison has been appointed to finish the job.

To help him carry out the crackdown on conservative “extremists,” Garrison has assembled a team of extremists of a different sort. Investigative journalist Daniel Greenfield points out that of the 18 members of the Countering Extremism Working Group, two are members of the left-leaning ACLU, two are members of the Southern Poverty Law Center (an organization that considers opposition to abortion or to the LGBT agenda to be a sign of hate), and six are Muslims who have connections to radical Islamic groups. So, as in Insecurity, it appears that Muslims will have a role to play in the transformation of the military, after all.

It’s said that “old soldiers never die; they just fade away.” But how about old institutions? Apparently, the Left is not going to wait around for the Army to fade away. It intends to kill it and replace it with a new utopian institution. One of the most efficient and less obvious ways of achieving this transformation is to change the composition of the personnel. As I mentioned earlier when discussing my comic novel, the Muslim characters consciously take advantage of the Army’s openness to gays. When one of their number asks, “Why don’t we just kill all the gays now?” his superior officer explains:

That would be premature eradication Lieutenant…For now, they serve our purpose. It’s simple. The more gays, the less straights. Enlistments drop—and we volunteer to fill the quotas. You see?

Which brings us to Secretary of Defense Lloyd Austin’s opening remarks at the Department of Defense Pride Month event.  After thanking, “the DoD Pride group for bringing together this community at the Pentagon today,” the Secretary commenced to rhapsodize about the many contributions made by the LGBT community to the nation’s security:

Throughout American history, LGBTQ+ citizens fought to defend our rights and freedoms—from the founding of our nation to the Civil War, from the trenches of the World Wars to Korea and Vietnam, and from Afghanistan to Iraq.

What’s more: “nobody should have to hide who they love to serve the country that they love.”

And so forth. Toward the end of his talk, Secretary Austin observes, “And our work isn’t done until we create a safe and supportive workplace for everyone—free from discrimination, harassment and fear.” Hmm…It sure looks like the LGBTQ+ soldiers won’t have anything to fear. But how about those who are not so inclined? Will the Army be a “safe and supportive workplace” for them?

Read the full speech, and you get the strong impression that heterosexuals will have nothing to fear only if they are fully on board with the LGBTQ agenda. If, for example, you are a devout Christian who believes that your faith prevents you from supporting the L-plus agenda, you’ll have plenty to fear. A discreet silence won’t save you. True believers like Lloyd Austin and Bishop Garrison are never satisfied with a world where there are differences of opinion. And they will make it their business to find out what you believe. Like Iranian virtue police and communist revolutionaries, they want you to believe what they believe.

What effect will all this woke proselytizing have on recruitment and retention? It looks like the military is about to be hit with a double whammy. On the one hand, critical race theory dictates that all whites are supremacists and racists at heart. If you’re white, you’re always going to be suspect unless the Army can come up with some kind of loyalty test—perhaps an oath of allegiance to Black Lives Matter or a sworn repudiation of Donald Trump.

On the other hand, if you’re non-LGBTQ+ and feel a bit uncomfortable around people who are crazy enough to want to change their sex, you’ll probably decide against signing up with the U.S. Army, even if it means losing your chance to join the trendiest fighting force in the world. Likewise, if you’re a conservative Christian—as many soldiers are—you may decide that you’d rather not fight and die for values that run strongly counter to your own.

The question is, who’s going to be left? Just how large a pool of potential recruits does the Army brass think is out there? And how many woke people really want to fill the gap and thereby risk their lives defending a country they have come to detest?

This is not mere speculation. Lt. Col. Matthew Lohmeier, who was relieved of his command at a Space Force squadron for questioning woke ideology, tells of encountering numerous individuals who have doubts about military service for these very reasons. According to a piece in FrontPage Magazine:

[Lohmeier] tells of white officers who’ve left the military because they’re sick of being told that “they are racists solely based on the color of their skin.” He describes high-school students who are loath to join the services because “they are unsure what their country stands for anymore.” And he cites black West Point cadets who are unsure about pursuing an Army career because, having bought the Marxist line, they’re “conflicted about swearing an oath to defend a white supremacist country.”

Meanwhile, Chinese, Russian, and Iranian troops are learning different lessons. They’re not taught the proper protocol for marching in a pride parade. And they are not taught to question their racial or gender identity. What they are being trained to do is to fight wars and win them.

The Army’s woke policy doesn’t add up. It will only result in an increasingly defenseless defense establishment. One must suppose that many of our military leaders consider our nation to be so badly damaged by racism, genderism, etc., that only a brand-new set of values will do—even at the risk of losing the nation.

Pride? You have to be exceptionally prideful and awfully sure of yourself to risk the fate of your nation on ideas and “values” that, up until ten years ago were considered—if they were considered at all—as borderline crackpot.

Pride? There is such a thing as sinful pride, and this seems to be a classic example of it. One of the “values” the nation was founded on is the Christian faith. But General Austin’s “Pride” speech is a celebration of what has long been considered sinful behavior and, at the same time, a total rejection of three basic tenets of the Christian faith—namely, that homosexual behavior is sinful, that marriage is meant to be between one man and one woman, and that God created only two sexes. In the Bible, these are not presented as recommended options to be considered but as bedrock truths upon which the fate of societies and souls depend. So, how does Lloyd Austin get to pontificate on matters of faith and morals? Is he a theologian? Well, no. But he does have a Master’s degree in counselor education and an MBA in business management. And in this day and age that should be all the qualification he needs.

Austin’s uncalled-for celebration of LGBTQ pride is a slap in the face to orthodox Christians and Jews. And his policies are an affront to common sense. But since he’s in charge of the world’s most powerful military in a time of great danger, let’s hope he can learn a little humility. One old adage he might ponder is this: “Pride goeth before destruction, and a haughty spirit before a fall” (Proverbs 16:18).

Note: The David Horowitz Freedom Center is currently circulating a petition to remove Secretary of Defense Lloyd Austin and replace him with “a military leader with traditional priorities.”

This article originally appeared in the June 24, 2021 edition of Crisis.