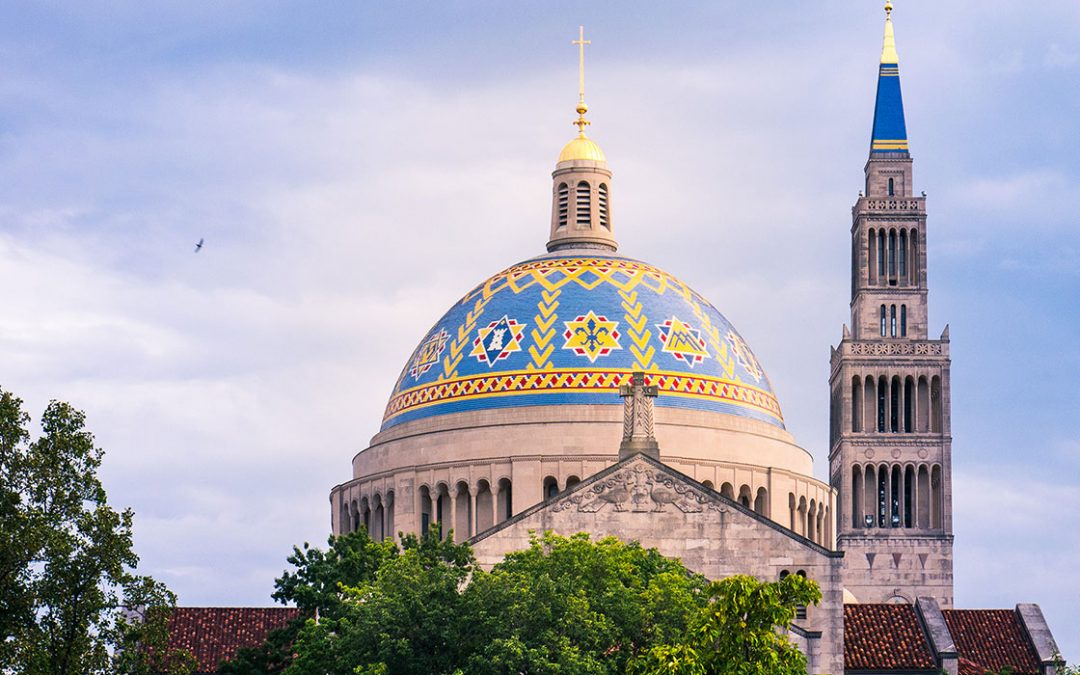 One would assume a radical pope like Francis would at least keep a few token conservatives in his entourage. On the contrary: many of his appointees are well to the Left of his own public image. Much can be gleaned about the Holy Father’s mind by studying the men he entrusts with power and authority.

Take the appointment of Archbishop Vincenzo Paglia to head the Pontifical John Paul II Institute for Marriage and the Family. The regime-change took place two years ago; now, as expected, Paglia is conducting a Stalin-style purge of the Academy. All the members of the Institute who subscribe to John Paul’s view of marriage and morality are being handed pink slips—a color which suggests the new direction that Paglia has in mind for the Institute.

Of course, this is the man now famous for having commissioned an enormous homoerotic fresco to “grace” an interior wall of his cathedral. In the picture, a semi-nude (his lower half is mercifully shielded by a sheet) Archbishop Paglia is seen clutching a nude man who returns his embrace.

It may be that Italians have a more relaxed view of such things; but, with a few possible exceptions, it’s difficult to imagine any Catholic church in America that would dare to impose such a painting on its congregation.  Likewise, it’s difficult to imagine that many Catholic families would consider hanging a reproduction of the morally confusing painting on their living room wall.

Yet the bishop in the buff is now the man in charge of explaining to the rest of us what marriage, family, and sexuality is all about. Since a picture is worth a thousand words, there’s no need to say any more about Archbishop Paglia and why he hardly seems a suitable choice for the office he now holds.

Let’s move on, then, to some other examples of Francis appointees who set off the alarm on the bias detection meter.

Cardinal Theodore McCarrick is the most obvious example. After his pattern of predation was well established, and after Pope Benedict ordered him to withdraw to a life of prayer and penance, McCarrick was rehabilitated by Pope Francis and became unofficial nuncio to various totalitarian states. The roving ambassador with the roving eye was also put in charge of recommending key episcopal appointments, although that job rightfully belonged to the real nuncio to the United States.

As a result, several McCarrick protégés quickly rose through the ranks. Cardinal Donald Wuerl was elevated to the Congregation for Bishops, LGBT-friendly Blaise Cupich was made Archbishop of Chicago, and staunch LGBT supporter Joseph Tobin was appointed to the Archdiocese of Newark and the Congregation for Catholic Education. And then, of course, there’s Cardinal Kevin Farrell, who was McCarrick’s housemate for six years.  Pope Francis promoted Farrell from Archbishop of Dallas to Prelate of the Dicastery of the Laity, Family and Life.

“Wait a minute,” you might ask, “Isn’t Archbishop Paglia in charge of family affairs?” Well, yes and no. Paglia is in charge of the John Paul II Institute for Marriage and the Family; Farrell oversees the Dicastery for Laity, Family and Life. But rest assured that, one way or another, the pro-LGBT Paglia and the pro-LGBT Farrell have got the family covered. Farrell, you may remember, was in charge of organizing the 2018 World Meeting of Families in Dublin which featured such rising stars as—wait for it—Cardinal Cupich and the pro-LGBT Fr. James Martin, SJ.

As Pope Francis likes to say “everything is connected.”  He should know. He’s the one who’s been making all the connections.  Only in this case, the connections look like the flow chart for a Mafia family.

Meanwhile, strange things were happening at the Basilica of the National Shrine of the Immaculate Conception in Washington. The first rector of the Shrine, Msgr. (now Bishop) Michael Bransfield was recently suspended from public ministry after allegations of a long history of homosexual misconduct and misappropriation of diocesan funds.

At Bransfield’s consecration, a certain Cardinal Theodore McCarrick acted as co-consecrator. Bransfield also just happened to be the first president of the board of trustees of McCarrick’s Papal Foundation—a position which latter passed to one Cardinal Donald Wuerl. A Washington Post investigation later revealed that Bransfield had given $350,000 in cash gifts to various cardinals and bishops, including a hefty $29,000 to the selfsame Cardinal Kevin Farrell.

But that’s not all.  When Bransfield left the Basilica of the Immaculate Conception, he was succeeded as rector by Msgr. Walter Rossi who was “handpicked” by McCarrick.  An investigative article in The American Spectator alleges that Rossi sexually harassed seminarians.  This was subsequently corroborated by Archbishop Carlo Maria Viganò, who said that, as papal nuncio, he also had received complaints about Rossi’s sexual predation.

Get the picture? Admittedly, it’s a big complicated picture. A visual aid would help. Perhaps Archbishop Paglia could be persuaded to commission a mural to illustrate the tangled web of connections.

Perhaps the mural could replace the highly judgmental mosaic of Christ the Pantocrator which is situated above and behind the altar in the Shrine of the Immaculate Conception. Some people complain that the figure of Christ doesn’t appear to be particularly welcoming. But considering what he has witnessed in the vicinity of the basilica, it would be unrealistic to expect to see Christ with a winsome smile.

This article originally appeared in the August 8, 2019 edition of Crisis.

Pictured above: National Shrine of the Immaculate Conception