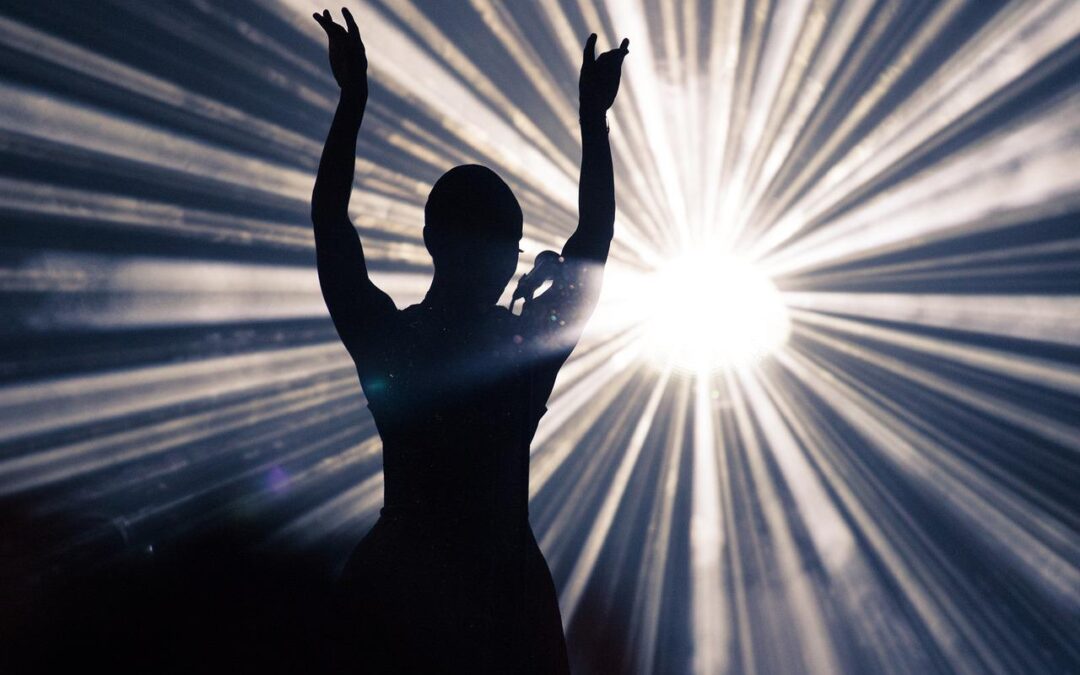 On Easter Monday a soft-porn singer name Blanco entertained a crowd of 80,000 young people in St. Peter’s Square. Blanco, who is a favorite of LGBT fans for his homoerotic performances, was invited by the Italian Bishops Conference to participate in a national prayer vigil for teenage youth.  The bishop’s magazine Avvenire explained that the performance would prepare the teens for a sermon from Pope Francis later in the evening.

During his sermon the Pope told teens to ask “Our Lady” for courage to do God’s will.  You may be wondering how a performance by a young man who usually performs without a shirt (and who posed fully naked for the cover of Vanity Fair) prepares young people to do God’s will.  If, so, join the crowd.  An increasing number of Catholics are wondering about many similar incongruities in the Catholic Church under Francis.  For a growing number of Catholics, it looks like the inmates are running the asylum.

That influence spreads to America and to American politics.  Some think that the Catholic vote may have given Joe Biden the edge in the last election.  Biden’s ability to portray himself as a good Catholic might have brought a sufficient number of Catholics over to his side.  One has to realize, however, that, thanks in large part to Francis, a Catholic who is pro-abortion, pro-gay marriage, and pro-illegal immigration, can consider himself a good Catholic.  One might even add pro-China, pro-Iran, and pro-globalization to the list.  President Biden and Pope Francis seem to have the same soft-spots.

The point is, the Catholic Church has more influence than most people assume.  Consequently, when it goes off the rails, it pulls others with it.

Take the Church’s role in the rapid decline of Europe in recent years.  It’s difficult to quantify the exact contribution to that decline attributable to the Church, but here is something to consider: two factors that go a long way toward explaining Europe’s slow-motion suicide are low birth rates and high rates of illegal immigration. And the Church seems to be on the wrong side of both issues.

It’s no secret, of course, that the Church has been one of the loudest voices in favor of mass migration.  One of Francis’s favorite themes is that we must build bridges not walls.  Another is that the face of the immigrant is “the face of Jesus.”  Europeans, says the pope, must sacrifice for the sake of others.  But as other peoples, particularly Muslims, gradually replace the European population, it now seems that what is being sacrificed is Europe itself—along with the Catholic Church (which has suffered a sharp decline in membership).

The other cause of Europe’s decline is low birth rates.  The Church once encouraged families to have many children, but that no longer seems to be the case.  On several occasions, Francis has actually rebuked Catholics with large families.  And on another occasion, he praised Italy’s leading proponent of abortion—Emma Bonino—as one of the nation’s “forgotten greats.”  More recently, he made it known to American bishops that they should not withhold communion from Joe Biden for his strident pro-abortion stance.

Francis has spoken out strongly against abortion on several occasions, but his actions tell a different story.  It’s difficult to avoid the impression that saving babies is not one of Francis’s top priorities.  The impression is strengthened by the fact that the Vatican frequently invites population control advocates to participate in major Church conferences.  When you think about it, that’s not unlike inviting a homosexual icon to sing at a Catholic youth conference.

The case of Blanco’s appearance at a prayer vigil event for teens follows the same pattern of saying one thing and doing the opposite that has become the norm under Francis.  The Church is officially opposed to homosexual relationships of the kind that Blanco’s performances celebrate.  But the Italian bishops along with Francis seem much more interested in appearing up-to-date than in living up to the demands of their vocation.

Well, not all of them. Bishop Antonio Suetta of the diocese of Ventimiglia-San Remo said in an interview that “the message conveyed by Blanco is not suitable for a Catholic context.” He added that [Blanco’s public photos] “reflect an approach to the body, to human relationships and to the vision of life that clashes with the Christian vision.”

One might think that once Catholics learn of the bishop’s Blanco invitation, their eyes will finally be opened to the train wreck in the Catholic Church. But most Catholics will never hear of Blanco. When, on the day after the event, I googled “Easter Monday youth prayer vigil at Vatican,” I came up with many glowing accounts of the Pope’s sermon, but almost nothing about Blanco.

Just as the secular press in America covers-up for Biden, the Catholic press covers-up for Francis.  For example, his own involvement in covering-up sex-abuse cases is rarely mentioned in the “respectable” Catholic press.  And how many Catholics know that Francis intentionally wrecked the John Paul II Institute on Marriage and the Family by placing it under the control of an archbishop who, like Blanco, likes to pose in the nude for pictures (in his case, a homoerotic mural commissioned for his own diocesan cathedral)?

Did Francis not know that the man he put in charge of marriage and family affairs was a connoisseur of homoerotic art? Of course, he knew. Francis has a habit of rewarding Catholic groups and individuals who promote homosexuality. He once sent a handwritten letter to Sister Jeannine Gramick of New Ways Ministry, praising her as a “valiant woman” for her struggle on behalf of homosexual causes. And he has rewarded prominent homosexual apologist James Martin, S.J. with a private audience and an appointment as consultant to the Vatican Secretariat for Communications. Nevertheless, to please orthodox Catholics, Francis will occasionally reiterate Church teaching on homosexual behavior.

This article originally appeared in the April 28, 2022 edition of FrontPage.