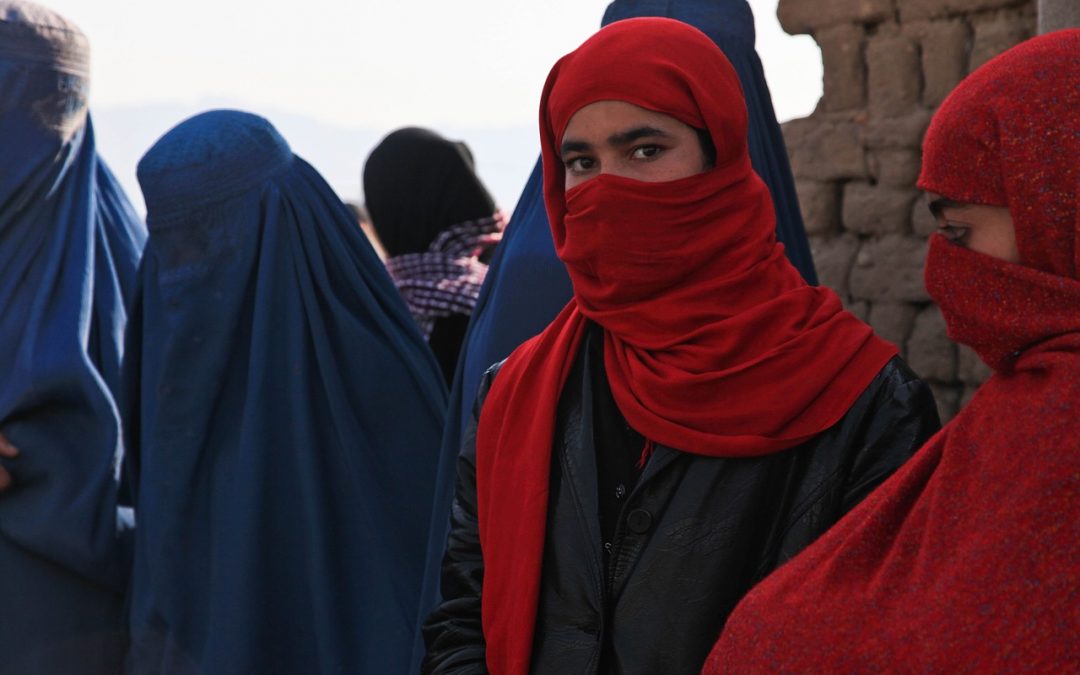 To understand Islamization, you first have to understand the battles that conservative Jews and Christians have been fighting against the left over issues such as abortion, education, same-sex marriage, and transgender bathrooms.

Islamization. Can it happen here?  Will sharia someday be the law of the land in America?  To most Americans that seems highly unlikely—about as improbable as a takeover by shape-shifting aliens.

But the “that’ll-never-happen” of today often becomes the accepted reality of tomorrow.  Consider that only a few years ago, the dismantling of sex-segregated bathrooms and locker rooms seemed equally improbable.  But all of a sudden, the new slogan of liberation is “tear down this stall,” and millionaire basketball players will boycott your state unless you agree to let the boys into the girls’ room.

To understand Islamization, you first have to understand the culture war—the battles that conservative Jews and Christians have been fighting against the left over issues such as abortion, education, same-sex marriage, transgender bathrooms, and the like.

Even conservatives concede that they’ve been losing that war.  Perhaps the main reason is that their opponents had a head start.  They began fighting the war years before proponents of family values began to fight back.  It took a long time before the traditional values people realized they were in a war.

As with the other culture war, defenders of Judeo-Christian values are losing this one too, and for the same reason.  The stealth jihadists had a head start.  They’ve been fighting this war for decades, and most of the rest of us don’t even know that there is a war.

Whether or not you agree with the leftist/secularist agenda for transforming the culture, it’s instructive to note that the jihad culture warriors follow the same game plan.  They don’t come out and say “We want to dominate your culture.”  They say “All we want is a little tolerance and acceptance for our way of life; we just want the same rights as other Americans.”  Like the leftist culture warriors, these new culture warriors operate under the banner of civil rights; and like their counterparts on the left, they make an appeal to widely shared values such as tolerance and respect for diversity.

How do they advance their agenda?  By appeals to sensitivities and civil liberties.  Take a recent case in Norway—one that is not difficult to imagine happening in the U.S.  Merete Hodne, a hairdresser and an outspoken critic of Islam was fined for refusing to color the hair of a Muslim woman (presumably, a Norwegian convert who wished to dye her light hair black). Ms. Hodne’s “Islamophobia” offended the sensibilities of Muslims and her refusal to apply hair dye was deemed a denial of civil rights.  Thus, she was fined 10,000 kroner.

The Muslim woman could have gone to another hair salon, but appears to have targeted Ms. Hodne’s on the advice of an anti-racist center.  The story is reminiscent of all those cases in the U.S in which Christian bakers, florists, and photographers have been forced to cater to same-sex weddings.  The gay customers weren’t looking for cakes and flowers so much as they were looking for test cases.  Islamic advocacy groups in the U.S. are using the same tactics.  They look for people they can make an example of in order to send a message to others.  As far as I know, no hairdressers have yet been targeted, but various other businesses have acceded to Muslim demands for halal menus, hijabs at work, and prayer breaks during the day.

Wearing a hijab at work may seem like a small thing.  But how about a burqa?  How about separate sharia courts for Muslims to settle disputes among themselves?  Taken separately, each Muslim challenge appears to be no more than a civil rights complaint, but collectively they should be understood as part of a campaign to transform our culture along Islamic lines.  Lawsuits about prayer breaks, for example, are not primarily about praying, they are about staking out cultural territory for Islam.  Likewise, the wearing of the hijab or the burqa is not primarily a statement about freedom of expression, it’s a weapon in a civilizational war.

In effect, we are facing a two-front culture-war—against the left on the one hand, and against  stealth jihadists on the other.  In both cases, the most effective weapon of the aggressors is to convince the rest of us that there is no campaign of cultural transformation —only legitimate demands for expanded civil rights.  Who wants to fight against that?  Everyone understands the need to resist armed jihadists.  But few understand the need to resist the culture-war jihadists.  Unless we engage in that war, however, we will eventually lose our culture.

This article originally appeared in the October 7, 2016 edition of Catholic World Report under the title “The Two-Front Culture War.”