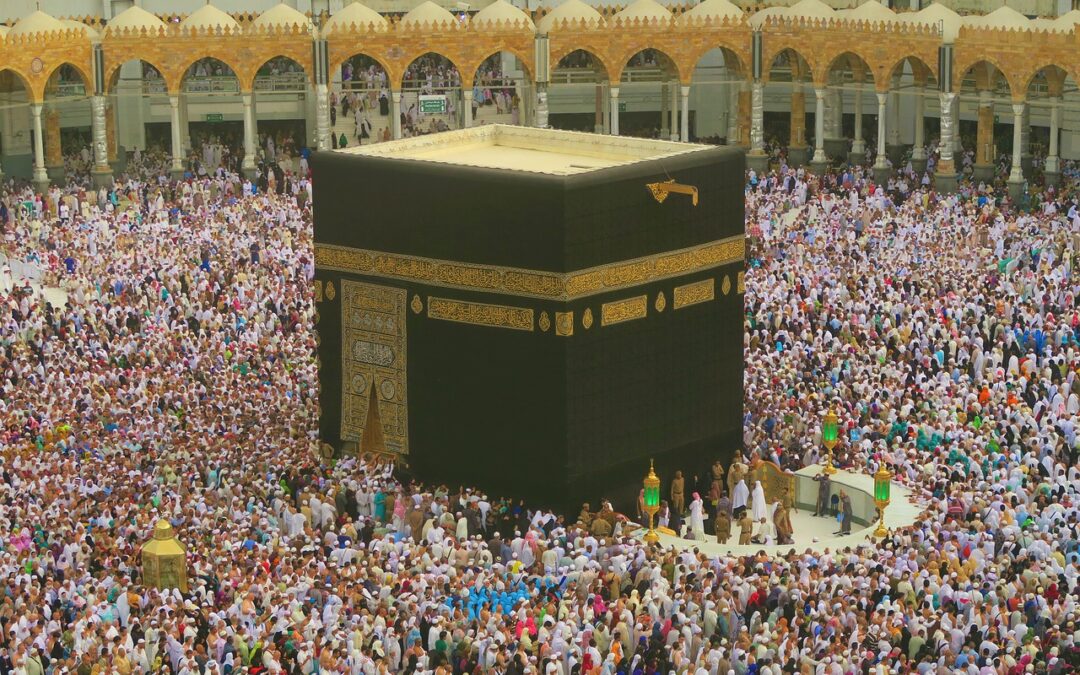 Our problem is not that we fear Islam — but that we know so little about it.

When the word “Islamophobia” first became current many years ago, I was sure it wouldn’t catch on. People, I thought, would quickly see that it was a gimmick—an obvious attempt to capitalize on “homophobia.” It was also an obvious attempt to stigmatize discussion and/or criticism of Islam as hateful.

I was wrong. The word has entered our language, and it doesn’t appear to be going away any time soon. And even though it is still obviously a ploy to prevent any honest discussion of Islam, very few are willing to admit as much in public.

The word “Islamophobia” is a propaganda tool. It’s used to beat people into submission or silence. Most recently, it was used to influence GOP voters to vote against Kathy Barnette in the Pennsylvania primary election for Senate. One of her chief opponents, Dr. Mehmet Oz (who is Muslim) accused her of having made “Islamophobic” remarks in the past, but so also did conservative icons, Sean Hannity and Mark Levin.

Hannity and Levin could have expressed their sentiments differently. They could, for instance, have said something to the effect that Barnette made unwarranted remarks about Muslims or Islam. But by choosing to use “Islamophobic,” they gave the word a legitimacy it does not deserve.

The word itself is an insult of sorts since it suggests that one suffers from a mental disorder. A “phobia” is an anxiety disorder which is defined as an irrational or excessive fear of certain objects or situations. The most common phobias are fear of spiders, fear of snakes, fear of heights, fear of closed spaces, and fear of open spaces. Proximity to these objects or situations can cause intense and even paralyzing fear.

The key word is “irrational.” Although some snakes and spiders are poisonous, most are not. The top floor of a skyscraper might be intimidating for some, but it is no more dangerous than the bottom floor. When President Roosevelt said “The only thing we have to fear is…fear itself,” he might have been speaking about phobias. In his 1933 inaugural address, he spoke of “nameless, unreasoning, unjustified terror which paralyzes needed effort to convert retreat into advance.”

On the other hand, Roosevelt did not deny the hardships of the Depression years. He did not pretend that all was roses and clover. And, as I recall, he did not repeat the sentiment during the dark days of World War II when it was obvious to all that there were real dangers to fear.

So, the question about those who are critical of Islam is this: do they suffer from irrational fears or are their fears reasonable?

In recent years, we have gotten into the habit of assuming that most people are decent and trustworthy. “The more you understand others,” we like to say, “the less you fear them.” But that’s not always the case. In the early days of Nazi rule in Germany, many Jews gave the Nazis the benefit of the doubt. But those Jews who really understood what Nazism was all about left while they still could. They survived and most of the others did not.

But we wouldn’t refer to the distrustful survivors as “Naziphobes.” Why? Because their fear of Nazism was perfectly rational. Indeed, many people throughout the world came to fear Nazism and even to hate it.

Coincidentally, Barnette made the same point in one of her “controversial past statements”:

In short, it’s perfectly legitimate to criticize and even reject an ideology if that ideology poses a serious threat to one’s society. It would be irrational to pretend that Nazism was a force for peace and justice.

We don’t hesitate to criticize religions of the past. For example, no one now thinks that the Aztec practice of human sacrifice was justified because it was part of their religion. Why should present-day religions be exempt from criticism? Well, they’re not, of course. Catholics are currently coming in for a lot of criticism because of the Church’s pro-life stance. And over the last two decades, Catholic leaders have been severely criticized for covering up priestly sex abuse.

I’m guessing it’s been a long time. That’s because the anti-Islamophobia campaign has been quite effective in stifling criticism of Islam. It’s also been effective in quelling almost any discussion of Islam that isn’t favorable to Islam.

Last week, a young white man killed 10 people in a supermarket in Buffalo, New York. You’ll be hearing about that crime for a long time to come. But do you remember that about a year ago, a young Muslim man shot and killed 10 people in a supermarket in Boulder, Colorado? Probably not. The media memory-holed that story almost as soon as it was discovered that the killer was a radicalized Muslim.

The real danger in America is not Islamophobia but Islamoignorance. News stories that put Islam in a bad light are regularly buried. What’s worse is that Americans know very little about the Islamic belief system. One would think that after 9/11, Americans would have been anxious to find out all they could about Islamic history, culture, and religion. Instead, a fog of political correctness descended on the subject. Educators, politicians, and media personalities joined forces to create a multicultural myth around Islam. All cultures, they assured us, are essentially alike, and Islam is no different. The Islamic religion, they maintained, is just like any other belief system, and they insisted, moreover, that 9/11 had nothing to do with Islam.

It was this whitewashed version of Islam that became the accepted narrative. Public criticism of Islam was and is the rare exception, not the rule.

About 12 years after 9/11, I gave a talk about Islam to a national Catholic student organization that has a reputation for being well-informed about their faith. But they weren’t well-informed about Islam. Before the talk, I administered a short quiz on the basics of Islam. As I recall, more than half failed the exam. Yet the questions were quite simple. For example, “The word ‘Islam’ means ______,” followed by four choices. The majority of these well-educated grads thought that “Islam” means “peace” and that “jihad” is a “spiritual struggle,” and so on.

If college grads don’t know the basics about Islam, it’s a good bet they aren’t familiar with the less well-known and more troubling aspects of Islam: that the prescribed penalty for leaving Islam is death, that criticism of Mohammad can result in imprisonment for those living in Islamic countries, that criticism of Islam is also a crime in many European countries.

Because they were ignorant of many aspects of Islamic faith and culture, Europeans are now desperately trying to cope with issues for which they were ill-prepared, such as widespread polygamy, child marriage, female genital mutilation, and blasphemy laws that severely limit free speech.

Although most Europeans were initially welcoming toward Muslim immigration, polls show that a majority now want a halt to Muslim migration. Europeans are learning the hard way that Islamic culture is quite different from their own. Some say that they are learning the lesson too late: that within a few decades Islam will be the dominant force in Europe.

The problems mentioned above are only a small sampling of the many important facts about Islam that people ought to know, but generally don’t. I haven’t mentioned Islam’s historical record of conquest, or its present-day accumulation of power (how many know that the 57-member Organization of the Islamic Cooperation is the largest voting bloc in the UN?). What Americans don’t know about Islam could fill volumes.

The situation in the U.S. vis-à-vis Islam is not as critical as the situation in Europe. There is still time to learn the lessons that Europeans have been so slow to learn. Those lessons, however, are quite different from the ones we are now being taught. It is not the fabricated dangers of Islamophobia we should fear, but the real dangers of Islamoignorance—ignorance of the realities of Islam.

This article originally appeared in the May 25, 2022 edition of FrontPage.