Is the Koran a Literary Miracle? 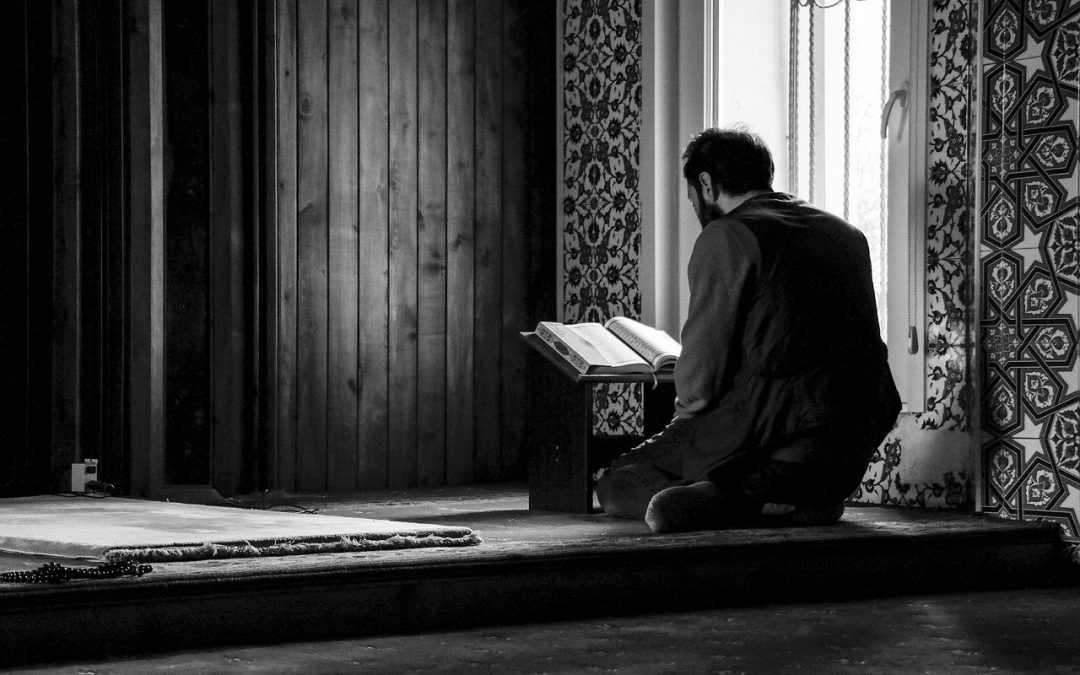 Did God write the Koran?

One of the most potent weapons in the ideological war with Islam is the Koran itself.  The Islamic faith rests on the belief that God himself wrote it—not that it was written by men under the inspiration of God, but that God composed it entirely.

How do we know?  Because no one except God could have written such a perfect and unmatched piece of prose.  That, at least, is the argument that Islamic apologists have used for centuries.  The Koran itself issues the same challenge: “If you doubt what We have revealed to Our servant [Muhammad], produce one chapter comparable to it” (2: 23)

Now, if you think that the stylistic perfection of the Koran is a powerful argument for its divine authorship, you probably haven’t read the book.  Here’s an assessment of the Koran by Bill Warner in a recent review of Robert Spencer’s book The Critical Qur’an: “Basically, it is unintelligible, confusing, repetitive and filled with hate toward unbelievers.”

Moreover,  “It lurches from one subject to the next.  Ideas come out of nowhere with no context… The constant repetition is tiresome.”

And many others are of the same opinion.  Here’s historian and essayist Thomas Carlyle’s impression of the Koran: “A wearisome, confused jumble, crude, incondite, endless iterations, long-windedness, entanglements, most crude, incondite—insupportable stupidity, in short!”

But, then, Muslims reject the idea that Muhammad wrote the Koran.  According to Islamic tradition, Muhammad was illiterate.  So, he couldn’t have written it.  God wrote it.  As the Koran itself says, try “to produce one chapter comparable to it.”

Actually, that’s not a difficult thing to do.  From the standpoint of composition and coherence, almost any book you take off the shelf is better written than the Koran. That’s because editors require a modicum of coherence and continuity in a book, and the Koran is seriously lacking in both.  In the past, numerous academics have made the point that the Koran is a disjointed and poorly organized book, but most of them are long dead, and most contemporary academics lack the intestinal fortitude to even approach the issue.

But the importance and impact of the Koran is not merely an academic question.  After a period of quiescence, Islam is again on the move.  The Taliban have retaken Afghanistan.  The majority of Christians living in the Middle East have fled.  In Africa, thousands of Christians are slaughtered every year in the name of Allah. In the East, Muslims claim that large portions of India and the Philippines belong to them.  And in Europe, waves of Muslim migration have led to a massive crime wave and to abject appeasement on the part of European authorities.  The long-predicted Islamization of Europe seems to be just around the corner.

Islamic radicals and Islamic terrorists justify all this murder and mayhem by reference to the Koran. They can cite numerous passages such as, “Slay them [unbelievers] wherever you find them” (2: 191); “Fight against them until idolatry is no more and God’s religion reigns supreme” (2: 193); “I shall cast terror into the hearts of the infidels.  Strike off their heads, strike off the very tips of their fingers!” (8: 12).

Given the aggressive nature of the Koran, one would think that non-Muslims would mount aggressive efforts to discredit it.  Because the Koran provides the main justification and motivation for jihad warfare, it should be a legitimate target of ideological warfare. It would be particularly important to challenge the notion that the Koran was written by God. If it can be shown that the book is a man-made fabrication, only a fool would rush into battle just because surah such-and-such commands it.

But, except for a few brave souls such as Robert Spencer and Bill Warner, almost no one wants to go near the subject.  Samuel Huntington referred to the West’s encounter with Islam as a “clash of civilizations.”  But on the intellectual front of this civilizational war, there is hardly any clash at all.  The West is losing the ideological war with Islam because it’s not fighting it.  In Europe, once the heart of the West, Muslims are studying the Koran and filling the mosques, while Christian churches—those that have not yet been converted to mosques—are three-quarters-empty.

Yet, as I have suggested the argument that only God could have authored such a superbly written book is basically indefensible.

Granted, the author of the Koran does have some stylistic talent.  Especially toward the end of the book there are some fine poetic passages.  Here’s an example:

“By the dust-scattering winds and the heavily-laden clouds; by the swiftly-gliding ships, and by the angels who deal out blessings to mankind; that which you are promised shall be fulfilled, and the Last Judgement shall surely come to pass!” (51. 1-6)

It’s not “The Rubaiyat of Omar Khayyam” but it does have poetic merit. However, such passages are few and far between.  Most of the writing is pedestrian and highly repetitive.  As many Western critics have noted, the Koran is a tiresome read.  There is no comparison to the Bible which, although it also has its tedious stretches, is filled with remarkable passages, arresting poetry (e.g. the Psalms) and dramatic stories.

Moreover, the Koran’s “inimitable” prose doesn’t come close to that of Homer, Shakespeare, Dante, Tolstoy, Hugo, Austen or dozens of other great authors.

Well, actually, it does translate.  Naguib Mahfouz wrote his Cairo Trilogy in Arabic, but when you read the English translation of his work, you don’t scratch your head in bewilderment, and your eyelids don’t soon grow heavy.  Mahfouz knew how to tell a good story, and it comes across in translation.  He won the Nobel Prize for Literature in 1988.

Whether or not you agree with Mahfouz’s views on life, love, and religion, it’s easy to see that he was an accomplished writer.  No one claims that he was divine, but his work is quite a bit more intelligible than the Koran.

To anyone familiar with a wide range of literature, the claim that the Koran is a literary masterpiece seems absurd.  But there is one other angle to consider. The word “Qur’an” means “the recitation.” It’s meant to be recited.  Young Muslims often learn the Koran by reciting it in classes.  The online site of one Koran academy recommends that the novice “recite with slow, rhythmic chanting.”  In fact, there are many Islamic sites which provide selections of outstanding Koranic recitations in chant.  These are described as “very beautiful,” “heart touching,” “soothing,” and “emotional.”  Indeed, many of the chants I listened to would qualify as enchanting, evocative, mysterious, and other-worldly.

So, for many Muslims, the Koran is not just a book that they read; it is more like a prayer that they recite.  And praying and chanting can produce a religious experience much more readily than simply reading to oneself.  In fact, many religions—Jewish, Catholic, Orthodox, Hindu—use chant as a form of prayer.  Muslims listening to a rhythmic recitation of the Koran may have a subjective experience not unlike that of a Catholic listening to monks singing Gregorian chant.

So, one can’t approach the issue solely from the viewpoint of a literary critic. Emotional and subjective experiences need to be acknowledged. Still, on the grounds of purely literary merit, it’s difficult to credit the claim that God wrote the Koran. One would think that the Author of Creation could have done better. The “God wrote it” argument is a weak one. Considering the Koran’s growing worldwide influence, it should not be left unchallenged.

This article originally appeared in the October 26, 2021 edition of FrontPage.

Pictured above: Praying the Koran