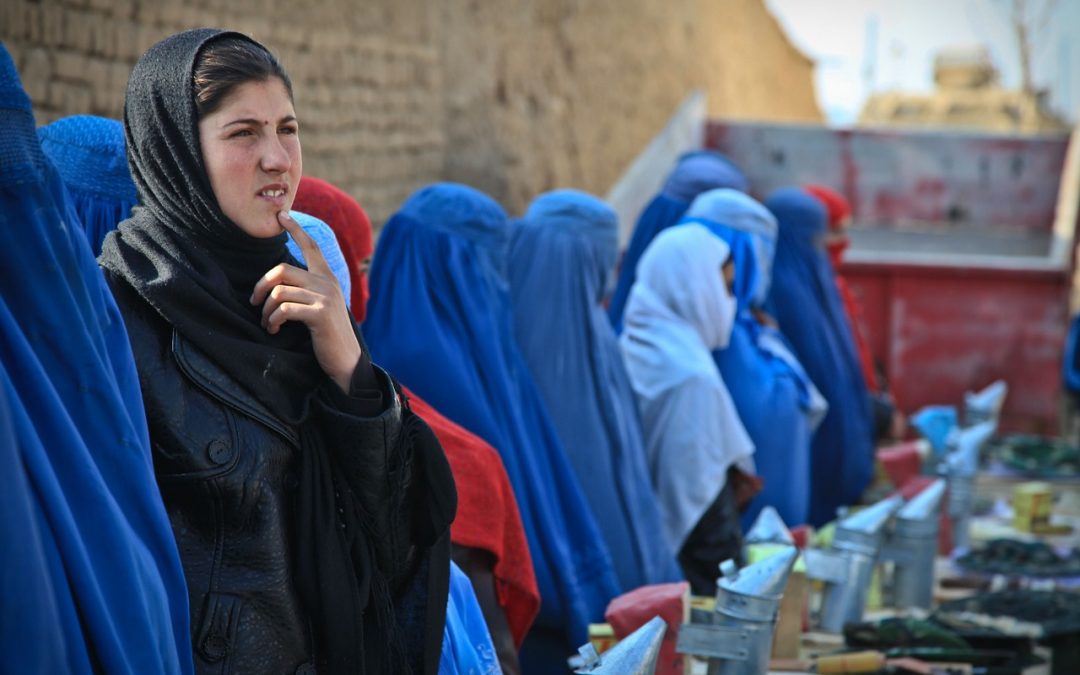 The New York Times reported that Mohammed al-Shamrani, the Pensacola jihad murderer had become more religious after a trip home to Saudi Arabia in February.  That shouldn’t be surprising.  In fact, increased religiosity—more frequent prayer and mosque attendance, studying the Koran etc.—is often observed in jihadists in the weeks and months leading up to their attacks.  Notable examples of this phenomenon are the Fort Hood shooter, the San Bernardino killers, the elder of the two Boston Marathon bombers, and Salman Abedi, the Manchester suicide bomber, who was observed chanting Islamic prayers loudly in the streets in the weeks before the massacre.  The evidence is not just anecdotal.  A number of European studies have shown a high correlation between increased devotion in Muslims and radicalization.

Pope Francis is apparently unaware of this correlation because, for many years, he has been urging Muslims to go deeper into their faith.  He once told a groups of migrants that Christians should seek strength and guidance in the Bible, while Muslims should seek the same in the Koran.

Of course, Francis has much the same message for people of all religions:  stick with the faith you have and learn from it.  During a visit to a secondary school in Rome on December 20, he told students that they should not try to convert others or convince them of the truth of the Catholic faith.  Rather, they should tell non-Catholics “you be consistent with your faith and that consistency is what will make you mature.”  Moreover, “never, ever advance the Gospel through proselytism.  If someone says he is a disciple of Jesus and comes to you with proselytism, he is not a disciple of Jesus.”

The Pope’s opposition to proselytism seems to stem from an assumption that all religions are basically the same, and all are equally beneficial.  His strong belief in shared beliefs is evident in Evangelli Gaudium’s positive assessment of Islam.  Expanding on Nostra Aetate, he writes:  “we must never forget that they profess to hold the faith of Abraham, and together with us they adore the one merciful God…” He continues, “Jesus and Mary receive profound veneration and it is admirable to see how Muslims both young and old, men and women, make time for daily prayer and faithfully take part in religious services.”  In addition, “They also acknowledge the need to respond to God with an ethical commitment and with mercy toward those most in need.”  Moreover, “authentic Islam and a proper reading of the Koran are opposed to every form of violence” (252-253).

Reading this, it’s difficult to see any reason why Muslims need to be converted.  In fact, there is no suggestion in the document that Muslims should be evangelized.  The only nod in that direction is the recommendation that Christians should dialogue with Muslims about their “shared beliefs” (253).

Coincidentally, Muslim authorities are in perfect accord with the pope on this score.  They don’t believe that Christians should evangelize either, and they don’t believe that Muslims should be converted.  In fact, Islamic law forbids non-Muslims to proselytize.  In Iran, security officials routinely arrest evangelical Christians during the Christmas season when it is easier to apprehend them in groups.  But not to worry.  If you keep your head down, you’ll be alright.  As one Iranian Catholic put it:  “If you are a Christian in Iran and do not evangelize, and do not advertise your religion, you will not go to jail.  Christians that do go to jail are converts [from Islam] or evangelizing.”

Don’t get the idea, however, that Muslims are opposed in principle to evangelization.  Islam is a proselytizing faith.  Muslims feel that it is a duty to convert.  In short, they can evangelize you, but you can’t evangelize them.

Devout Muslims also believe that they have a mission to bring lax or lukewarm Muslims to a fuller understanding of the faith.  Second Lieutenant Mohammed Saeed al-Shamrani was most likely subjected to some Muslim-to-Muslim proselytism on his trip to Saudi Arabia.  And we know from FBI records that Major Nidal Hasan, the Fort Hood killer, was led deeper into his faith by the notorious Anwar al-Awlaki—who later became Al-Qaeda’s chief propaganda officer.

So, “stick to your faith and go deeper into it” may be good counsel for young Catholics, but it may not be the best advice to give to young Muslims.

It’s not quite certain, however, that Pope Francis really wants Catholics to stick to their faith—at least, not to the faith they were brought up in.  One of the main themes of his Christmas week talks was change.  In his traditional Christmas address to the Curia he mentions change 30 times.  He speaks of “epochal change,” “ongoing process,” “movement,” “a reposition of our ways of thinking,” and, citing Italian novelist Giuseppe di Lampedusa, “everything has to change.”

Why?  Because “there is always the temptation to fall back on the past”…”there is a need to be wary of the temptation to rigidity. A rigidity born of the fear of change…”  So, if I understand this correctly, Catholics are in constant danger of falling back into rigidity and fundamentalism, and the only antidote for this temptation is a program of constant change.  We are entering an era of “epochal change,” says Francis, and this new age, he implies, calls for a new Church.

Pope Francis has often criticized fundamentalists Catholics, but to all appearances they are a vanishing breed.  On the other hand, Islam is primarily a fundamentalist religion.  According to Dinesh D’Souza “there are virtually no liberals in the Muslim world.”  By our definition of fundamentalist, says D’Souza, “all Muslims are ‘fundamentalists’ because all Muslims believe that the Koran is the literal, unadulterated word of God…If you don’t believe these things, you’re not a Muslim.”

The semi-official Vatican position is that extremism among Muslims is a perversion of Islam.  People who endorse terrorism, or amputations, or stonings must therefore be misunderstanders of true Islam.  But if that’s so, then there seem to be a great many misunderstanders in the Muslim world.

In a 2013 global survey of Muslim support for Sharia law, the Pew Research Center revealed that large percentages of Muslims held rather extreme views.  For example, in Pakistan 89 % favored stoning for adultery.  The figure was 85 % in Afghanistan.  84 % in the Palestinian territories, and 81 % in Egypt.

Sharia law also mandates whipping or amputations as a penalty for thieves or robbers.  Eighty-eight percent of Pakistanis favored these punishments, along with 81 % of Afghanis, 76 % of Palestinians, 70 % of Egyptians, 66 % of Malaysians, and 57 % of Jordanians.

If you’re looking for a rigid fundamentalist religion that’s badly in need of transformational changes, the place to look is Islam, not Catholicism.  The whole world is in danger because of normative Islam’s fundamentalist interpretation of the Koran.  As evidenced by the Pew surveys a large number of Muslims hold quite rigidly to the literal sense of their scripture: “stoning” means “stoning,” and “amputation” means “amputation.”  By contrast, even the most “rigid” Catholic knows that Christ’s words about cutting off your right hand if it causes you to sin are not to be taken literally.

One could say that it’s none of the Pope’s business to point out the faults of another religion.  Maybe so.  But by the same token, why is it his business to act as an apologist for Islam?

Prudence may dictate a cautious approach when raising concerns about Islam.  After criticism of Nazism by Pius XII and other churchmen brought swift and brutal reprisals against Jews and Christians, the Vatican muted its criticism, and sought to undermine Nazism by adopting others, less overt measures.  On the other hand, Pius XII never talked up the “positive” side of Nazism.

It would be understandable if, in some instances, the Vatican maintained a prudent silence about the dangers that emanate from the fundamentalist faith founded by Muhammad.  But why must it continue to spin out a cotton candy version of Islam that prevents Catholics from understanding the gravity of the threat.

In their anxiety to combat the threat from rigid Christmas, it sometimes seems as though Francis and others in the hierarchy are oblivious of the threat from fundamentalist Islam.  Here is more on rigidity from Francis’s Christmas talk to the Curia:

Here, there is a need to be wary of the temptation to rigidity.  A rigidity born of the fear of change, which ends up erecting fences and obstacles on the terrain of the common good, turning it into a minefield of incomprehension and hatred.

The need to build bridges and tear down walls and fences has been a consistent theme of the Francis papacy.  But when there are enemies around, walls can come in handy, and for safety’s sake, bridges occasionally need to be blown up to prevent an enemy’s advance.

Of course, Francis is not referring solely to physical walls, but also to dogmas of “exclusivity” which supposedly keep us from appreciating the common humanity which we share with those on the other side. That danger does exist, but the greater danger today is that in their haste to create a new fluid Church, liberal churchmen will only succeed in creating one that is confused, undefined, vulnerable, and defenseless.

The idea of tearing down walls and fences is appealing to the multicultural mind because it promises to open us to greater diversity. But if we really respect the wisdom of different cultures, we will notice that every culture builds walls.

“Don’t take down a fence until you know the reason why it was put up.”  The saying is a paraphrase of an observation by Chesterton, but it is also said to be an African proverb.  In any event, it makes good common sense—the kind of common sense that seems to be largely missing from the calculations of many modern churchmen.

Pictured above: An Afghanistan woman ponders her future.