Fool’s Paradise: The Appeal of Jihad 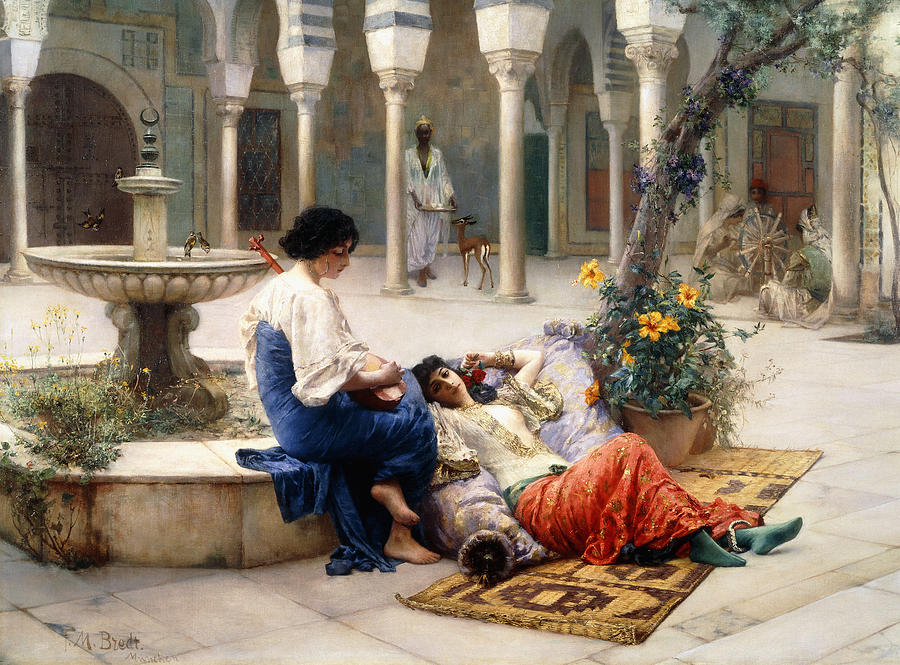 “As for the righteous, they shall surely triumph. Theirs shall be gardens and vineyards and high-bosomed maidens for companions.”  ∼ Koran 78: 31-33

According to the principle known as Occam’s razor, the best explanation of an event is usually the one that is simplest. Yet Western analysts persist in using the most convoluted hypotheses to explain Islamic terrorism. Take a recent address to the UN Security Council by Cardinal Pietro Parolin, Vatican Secretary of State. In encouraging the Security Council to address the “root causes” of terrorism, he observed:

Young people traveling abroad to join the ranks of terrorist organizations often come from poor immigrant families, disillusioned by what they feel as a situation of exclusion and by the lack of integration and values in certain societies.

In other words, the culprits at the root of it all are the usual suspects—poverty and discrimination. Well, yes, that may have something to do with why young men go off to foreign lands and risk being blown to kingdom-come, but why look for a complicated cause when a simple explanation will do? In other words, is it necessary to go any further in the explanatory process than kingdom-come itself—and what kingdom-come entails?

For many a young man, the certainty that there are seventy-two high-bosomed maidens waiting for him on the other side is reason enough to risk the sacrifice of life and limb. And according to most Islamic interpretations, the only sure way of securing paradise is through martyrdom. Thus, the Islamic view of achieving paradise creates a very real temptation for young men to take the shortcut to get there. As Professor Louis René Beres points out in a recent article for Gatestone Institute, “The jihadi terrorist claims to ‘love death,’ but in his or her mind, that ‘suicide’ is anything but final”:

The would-be killer has been promised that death will represent just a trivial and momentary inconvenience, a minor detour on just one more glorious ‘martyr’s’ fiery trajectory toward a life everlasting, in Paradise.

It’s a hard combination to beat: life everlasting plus the kind of afterlife that a young man can readily appreciate. One advantage of the Islamic conception of paradise is that it’s considerably easier to understand than the Christian idea of heaven as union with God through the Beatific Vision. That may be why most Christians prefer to die in their beds rather than on the battlefield. As I said a couple of years ago:

Most Christians are not sure if they are quite ready for union with God, but most young men, of whatever religion, are pretty sure they are ready for the rewards offered in the Islamic paradise.

So why look further? If you are trying to explain the actions of a bunch of atheist terrorists, it might make sense to bring poverty and oppression into the equation. But as Fr. James Schall recently put it, “When we try to explain this religion [Islam] in economic, political, psychological, or other terms, we simply fail to see what is going on … we are in fact dealing with a religion that claims to be true….” As a Catholic shepherd, Cardinal Parolin would surely admit that getting to heaven is a major motivational force for devout Catholics. Why is it difficult to understand that devout Muslims have similar motivations?

Because the Islamic vision of paradise is so far removed from the Christian vision, Westerners are tempted to look elsewhere for a motive. Thus, Cardinal Parolin cited Pope Francis’ recent condemnation of the use of “religion as a pretext for actions against human dignity….” But if the Islamic State fighters are pretexters, they are convincing pretexters—pretexters with a text at hand to cover every imaginable situation. The various pronouncements coming out of the Islamic State suggest that its leaders are true believers who know their Koran and take it seriously. In a recent interview, a former Islamic State member describes the catechetical process:

We were promised women in heaven and on earth too based on IS jihadist teaching of the verses of some Suras of the holy book of Quran and hadiths by prophet Muhammad, all of which were explained through the Tafsir (explanation) by Islamic scholars like Ibn Majah, Bukhari and Ibn Kathir. We were told all non-Muslim women prisoners will be our wives and God wills it.

There are not just “some Suras” of the Koran that describe the heavenly garden of delights, but dozens of them. And the appeal of that promise is not confined, as some Westerners suppose, to people with few prospects in this world. In fact, studies have shown that jihadists come from better backgrounds and are better educated than the average Muslim. For instance, Mohamed Atta, the leader of the 9/11 terrorists, had degrees in architecture and urban planning from Cairo University and the Technical University of Hamburg. Yet among the items he packed for his final journey were a wedding suit, a bottle of cologne, and a letter addressed to his brides-to-be in paradise (due to an airport error, his luggage was left behind on the day of the 9/11 flight).

Although the actual number of virgins in paradise is not specified in the Koran, there should be little doubt that the promise of heavenly rewards looms large in the minds of jihadists. Church leaders shouldn’t have difficulty in understanding this, because they also take scriptural promises quite seriously. Even strictly secular analysts and commentators should be able to grasp the appeal—although from a somewhat different perspective. After all, if you consider sex to be the be-all and end-all of life on earth, as secularists tend to do, you should be able to appreciate the views of those who consider it to be the be-all and end-all of the afterlife.

In any event, the practical takeaway for Christians and secularists alike should be more or less the same. Since the lure of paradise is such a central motivator in the lives of jihadists, it makes sense to disabuse them of that belief. By undercutting that certitude, you also undermine the will to fight. Who wants to die for an illusion? Those of us who would prefer not to become a jihadist’s ticket to paradise have a vested interest in sowing doubts in the minds of Muslim believers about the nature of paradise. But how does one do that? Well, preferably from a safe distance. In war zones, leaflets could occasionally be dropped from planes instead of bombs. Elsewhere, the internet and social media sites which have served so well to recruit jihadists could be used to win recruits for rationality.

What should the content of the message be? Nothing fancy. Just some simple questions to activate the grey cells. For example: “Won’t you get tired of your companions after the first few hundred years of eternity?” “Will Allah supply you with seventy-two more after that?” “Will all the women be equally attractive? If not, won’t that cause problems?” “Will these companions be more like real women or more like beautiful robots?” “Do you want to spend eternity with robots?” “Isn’t it likely that maidens in paradise is nothing more than a clever recruiting tool made up by Muhammad?” Or, to put it more bluntly, “How can you be such a sap?”

Theologians and philosophers could also play a part in the debunking process, although they need not be quite so blunt. They could simply point out the contradiction inherent in trying to find a finite solution to an infinite yearning. Or they could simply refrain from rushing to the defense of Islam whenever serious questions are raised. In any event, we still seem to be a long way from asking such challenging questions of Islam. We have yet to go beyond the “no religion sanctions killing” and “we have deep respect for your beliefs” stage of confronting the realities of the Islamic faith.

Many security analysts say that we are in an ideological struggle with Islam—a propaganda war about which beliefs will ultimately prevail. If so, we are going about it in an unusual way. In past ideological struggles, we sought ideological victory—that is, we sought to discredit the belief systems that inspired our enemies. To start with, we didn’t accept their ideological premises, we challenged them. Cold War strategists were not given to telling their Soviet counterparts: “We think the workers’ paradise is a wonderful idea, but you really shouldn’t put people in gulags. It’s a betrayal of everything Marx stood for. Real communism doesn’t sanction violence, you know.”

Our aim was to shake faith in communism, not to validate and confirm it. We seem unwilling, however, to take a similar stance vis-à-vis the ideology of Islam. Although it would be greatly to our advantage to shake belief in the virgins-in-paradise deception (You do believe it’s a deception, don’t you?), we hesitate to go there. Perhaps we intuit that we can’t shake the branch without shaking the whole tree. The heavenly garden of delights is a main theme of the Koran. To question it is to question the integrity of the Koran as a whole, and also to question the integrity of the man from whom the whole system flows.

Politeness and multicultural pieties about respecting the other person’s beliefs prevent us from wielding a potent ideological weapon. Back in the Cold War, some pacifists adopted the slogan “Better Red than dead.” We don’t have a similar slogan today, but if we did it might be something along the lines of “Better to appease than displease.” It’s not as catchy, but the sentiments are the same.

For our own survival, we need to rethink the idea that the other person’s deeply held beliefs can never be questioned. The Islamists’ touching faith in the Stepford brides seems like a good place to start.

This article originally appeared in the October 3, 2014 edition of Crisis. From time to time we will feature older articles that recent readers might have missed. These pieces also provide a measuring stick to gauge whether or not we are making progress in the civilizational struggle with Islam and its enablers.