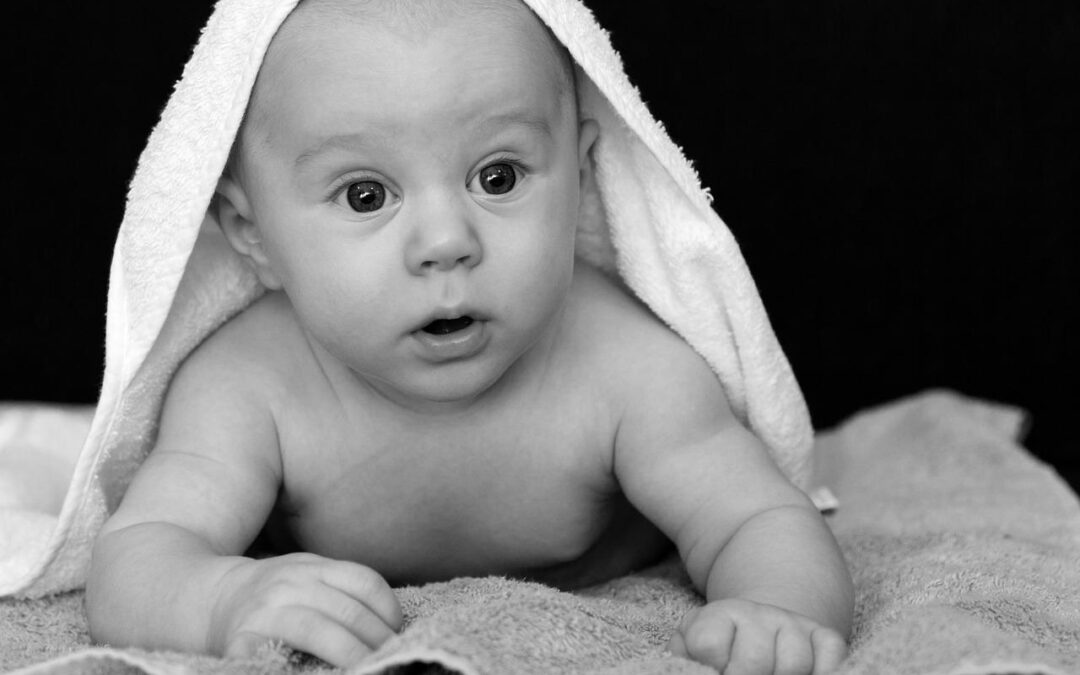 The people who can’t deliver on baby formula think they know what gender is right for your child.

June is “Pride Month.”  It’s also the month in which many Americans woke up to the fact that the nation was running out of baby formula.  Distressed mothers couldn’t find any on the supermarket shelves or on Amazon’s site.

When you’re looking for a garden tool and all you can find is a sign that says “this product is currently unavailable,” it’s an inconvenience, but if you’re looking for baby formula and your own supply is about to run out, it’s an emergency.

A nationwide shortage of baby formula is a very big deal, yet the Biden administration which had known for months that a shortage was building, did nothing for the longest time.  It is difficult to avoid the impression that the administration didn’t really care that much.

“Pride Month,” on the other hand, is treated as a really big deal.  The Army, the Navy, and the Air Force celebrate it.  So do schools, sports teams, and major corporations.  Meanwhile, the Biden administration has initiated a National Strategy on Gender Equity and Equality.  Why?  Because as President Biden has informed us, transgender rights are the “civil rights issue of our time.”

But what does Pride Month have to do with a baby formula shortage?  Quite a lot, actually.  During Pride Month we are asked to celebrate the LGBTQ+ movement, but implicitly we are being asked to celebrate the ideology that goes with it.  The LGBTQ+ movement is not simply about protecting certain personal choices, it’s also about promulgating a worldview in which babies and families do not figure prominently—at least, not in comparison to the needs and demands of what cultural historian Quentin Anderson called “the imperial self.”

The LGBT thought-world is part of a larger ideology that is widely shared in Washington.  For people who live in that thought-bubble, the subject of babies is not an interesting one. It’s not that they hate babies, but that they don’t think much at all about babies or their needs.  So, it’s no surprise that a shortage of infant formula should catch them flat-footed.  Compared to the really big issues such as world peace, racism, and climate change, the issue of formula shortage seems mundane to them.  On the other hand, if you could link the shortage to bias against trans youth, you might get a hearing.

It can generate plans and theories, and humanitarian schemes, but it just can’t seem to generate results.

The Biden administration, in short, is filled with utopian dreamers.  They can imagine perfect systems but they can never produce them.  Their plans always fail because they are out of touch with reality.  They think that they can run cars on solar energy, eliminate crime by defunding the police, and strengthen the military by recruiting more trans soldiers.

The LGBTQ+ ideology is simply the outer edge of this utopian thought-world. Like most imaginary utopias, the LGBTQ+ thought-world is built along egalitarian lines.  Females are the equals of males, non-binary is the equal of binary, drug-induced “chest feeding” is the equal of breastfeeding.  And boys who identify as girls should have equal access to girls sports teams and girls locker rooms.  It’s no wonder we need a National Strategy on Gender Equity and Equality to ensure that everyone is exactly equal to everyone else.

But, as real-life experiments in utopian communal living have shown, men and women are not equal in every respect.  There are major biological differences with real-life consequences.  One of the chief obstacles to achieving perfect equality is the division of the sexes.  It doesn’t take much power of observation to notice that pregnancy, nursing, and childcare put limits on a woman’s freedom.

Some women think that bringing a child into the world is worth whatever limitations ensue, but some women find the limitations intolerable.  It’s not surprising, then, that in some feminist utopian literature, technological advances free women from the burden of both childbearing and child raising.

Modern medicine, modern houses, modern appliances, and daycare have in many ways made childbearing and child raising less burdensome than in the past. The irony is that some modern ideas may have had the effect of making the experience seem all the more intolerable.

Starting in the sixties, television, movies, and advertisers began to amplify popular psychological beliefs about self and self-actualization.  The promise was that we all had unlimited potentials and possibilities.  The psychologist told us we could be anything we wanted to be, and many other social authorities nodded in agreement.  At about the same time a number of feminist authors were advancing the idea that woman needed to be liberated from the drudgery of housekeeping and child raising.  They argued that life offered many other and more interesting ways of finding fulfillment than did the humdrum of family life.

It’s not surprising that societies which celebrate the “autonomous self” with its “unlimited potentials” will produce many individuals who are averse to both mothering and fathering.  It’s no coincidence that the Roe vs. Wade decision coincided with the heyday of the Human Potential Movement.  Likewise, it’s no coincidence that so many women today seem ready to fight to the death for their right to abortion.  Living in a self-obsessed society causes many women to look at babies the way a fugitive looks at the shackles on his legs.

Joe Biden summed it up this way in a statement he issued on International Women’s Day: “Every person deserves the chance to live up to their God-given potential without regard for gender or other factors.”  Biden didn’t mention abortion, but in the context of the full statement it’s plain that pregnancy is one of those “other factors” that might put limits on a woman’s potential.

The LGBT movement was born in the midst of our society’s romance with self-fulfillment.  One of the reasons it has grown in popularity is that the movement advocates, in general, for the kind of sex that does not result in babies.

During Pride Month (and the other eleven months as well) we are told that we should celebrate LGBT pride, but it’s never clear why we should.  On the other hand, there are plenty of reasons why the pride agenda should be opposed.  Prime among these is that the LGBTQ+ ideology strikes at the roots of society—the division of the sexes, marriage, and family.

To some ears this sounds like nothing more than a conservative or Christian platitude.  So, it’s worth spelling out the case in more detail.  The LGBTQ+ model is harmful to society for three main reasons:  it constitutes a flight from responsibility, a flight from adulthood, and a flight from reality.  Any society that encourages young people to follow this path is courting disaster.

1.The LGBTQ+ lifestyle is a flight from responsibility and, most particularly, from the responsibility of being a mother or father.  This is not to say that individuals within the movement are irresponsible in every way or that they are incapable of self-sacrifice; it’s only to say that the LGBTQ+ ideology minimizes the importance of reproduction and the responsibilities that reproduction brings.  In doing so, it provides more justification for the non-LGBT population to shirk that responsibility.  Unfortunately, this criticism doesn’t carry much weight these days.  Because of our obsession with self, many are unconcerned with the fate of their society.  They have been conditioned to believe that the world begins and ends with them. What happens after they depart is of no importance to them.  Their attitude is “apres moi, who cares?”

Luckily, some people still take an interest in the future of their civilization.  The thing for them to keep in mind is that reproduction is not a civilizational option.  It’s a necessity. Cultures that don’t reproduce, die.

You don’t have to look far for evidence.  In America, the Shakers were once a thriving utopian community.  But because they prohibited reproduction and practiced celibacy, they are—no surprise— no longer with us.

2.  Another hallmark of the LGBTQ+ ideology is that it constitutes a flight from adulthood.  This is particularly the case with the transgender phenomenon.  One of the implicit promises of trans advocates is that you don’t really have to grow up.  The promise goes something like this: “If you would like to continue to enjoy the child’s freedom from responsibility, we have just the right puberty blocker for you.”  (In some cases, the puberty blockers actually stunt growth as well as brain development.)

This avoidance of adult responsibility used to be called the “Peter Pan syndrome” because it was usually males who feared getting tied down to the responsibilities of marriage and family.  These days, however, it might be more accurate to speak of the “perpetual pixie problem.”  That’s because teen and pre-teen girls are more likely than boys to be attracted to the idea of transitioning to the opposite sex.  Indeed, some authors who have researched the phenomenon refer to it as a “craze”—a craze not unlike the hysterias that sometimes swept through Medieval convents.

Crazes are usually passing, but the effects of getting caught up in this particular craze can be permanent—sterility, osteoporosis, and heart damage.  Moreover, the practice of breast binding can also result in permanent tissue damage. Needless to say, unnecessary “top surgery,” i.e., a double mastectomy, can result in a lifetime of regret.

What all of these procedures seem to represent is a conscious or, in some cases, an unconscious desire to avoid motherhood and the difficulties and responsibilities that motherhood entails.

But like it or not, you do grow up or, more accurately, you will grow older and there will inevitably come a time when you no longer look like a child.  Which brings us to the third point:  the LGBTQ+ agenda represents a flight from reality.

3.  The flight from reality. The LGBTQ+ ideology is based on fantasy, not reality. But the term “fantasy’ may give the wrong impression. We’re not talking here about harmless “when-you-wish-upon-a-star” daydreams. We’re talking about genuine delusions. And we’re talking about teachers, counselors, school nurses and other professionals who encourage children to follow their delusions.

Are the teachers themselves delusional? Judging by the Tik-Tok videos, some of them are. And if they are not delusional, then they are guilty of telling children serious lies about a serious subject.  The LGBTQ+ ideology is based on obvious lies about sexuality, biology, and the reproductive system.  Girls cannot become boys, boys cannot become girls, and men cannot become pregnant.  Moreover, since same-sex sex is inherently sterile, it’s not even in the same category as heterosexual sex. Living one’s life in accordance with these lies results in serious consequences as evidenced by the high rates of alcoholism, drug abuse, depression and suicide among LGBT individuals

Biology teachers who taught such nonsense about anatomy and physiology would soon lose their jobs. One wonders why other teachers are allowed to continue to mislead their students.

Meanwhile, in Washington delusional thinking rules the day. The Biden administration wants to deny federal funding of school lunches to schools that don’t affirm transgenderism. School lunch programs are administered by the U.S. Department of Agriculture. Let’s hope that the USDA has time left over from its gender policing duties to prepare for the severe food shortages that are predicted this year. But don’t count on it. And don’t expect the baby formula shortage to get fixed any time soon. After all, first things first. There are a lot of transgender kids who need to be affirmed before they can get to the babies. The question is, will the babies have to affirm transgenderism before they can get their bottle?

This article originally appeared in the June 20, 2022 edition of FrontPage.