Falling Off the Demographic Cliff 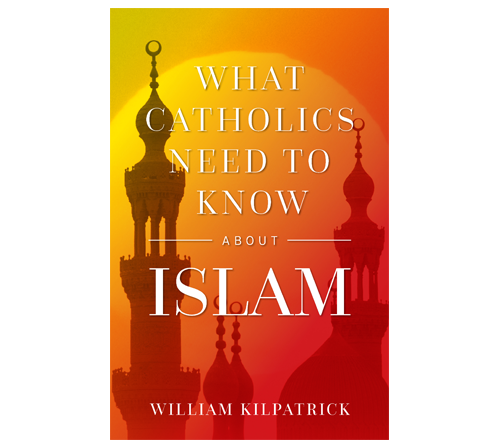 Below is an excerpt from my new book, What Catholics Need to Know About Islam. I hope you enjoy it. The book is now available on Amazon or at sophiainstitute.com/Islam.

Friends who visit Europe with large families in tow tell me they soon become “tourist attractions” themselves.

Europeans are used to Muslims with large families. But Americans? People from a prosperous developed nation? How odd. Don’t they know that children get in the way of self-fulfillment? That population growth is bad for the environment?

The visiting Americans with large families are almost invariably Christians—another segment of European society that, along with children, seems to be on the way out. In 2016 more than 90,000 people dropped out of the Church of Sweden, and Norway’s State Church lost more than 25,000 members in a single month. The trend is similar in the UK where the Archdiocese of St. Andrews and Edinburgh will cut the number of parishes from 100 to 30. Meanwhile, the Archbishop of Utrecht in the Netherlands announced that about a thousand parishes would close by 2025. The Archdiocese of Vienna is also downsizing. In the next ten years it will combine 660 parishes into just 150.

You’ve probably seen the dismal birth rate figures for native Europeans. In most countries it’s below replacement level. If you’re an investor, that means it’s time to buy funeral homes and sell doll house manufacturers. Actually, it’s well past time for that market move. A better bet would be to invest in that new chain of hijab and burqa boutiques that is all the rage in the big cities.

According to a new study, a quarter of European women born in the 1970s may remain childless. That trend is reflected in the fact that Europe’s most important leaders are all childless. That’s the case with the German chancellor, and with the British, Swedish, Dutch, Italian, Scottish, and Luxembourg prime ministers. The newly elected president of France, Emmanuel Macron, is also childless and is likely to remain that way since the 39-year-old is married to his 64-year-old former teacher.

What’s the problem with leaders sans offspring? As every parent knows, people with children have more of a stake in the future. They worry about the kind of world that their children will have to live in. And once their children grow up, they start worrying about their grandchildren’s future. On the other hand, childless individuals have less reason to worry about what comes after them. This is less of a concern when the childless couple lives in the apartment upstairs, but when they reside in the presidential palace, or the prime minister’s residence it’s more worrisome.

It’s not a good omen when the leader of your nation doesn’t have to worry about what sort of country his or her progeny will grow up in. It’s even possible that the maternal or paternal instinct can be displaced onto non-native sons and daughters. For example, German Chancellor Angela Merkel has been called “the compassionate mother” of migrants, for having opened the border to millions of migrants mostly from Muslim countries. And if they don’t assimilate? Well, that’s a problem for other mutters to worry about.

President Macron has a similar solicitude about Muslim migrants. He has promised to facilitate immigration from the Arab world by preserving “an open and welcoming France,” called for the construction of more mosques in France, and has suggested that since “French culture does not exist,” there is no great need for migrants to assimilate to it. French critics refer to Macron as “Peter Pan in the Elysée,” but at least Peter Pan worried about the pirate problem. Macron, however, has rejected former President Hollande’s assertion that “France has a problem with Islam,” and he is against suspending the citizenship of jihadists.

Meanwhile, as Europe’s native population declines, Muslims in Europe are having children, and Turkey’s caliph—I mean, president—wants them to have more. President Recep Tayyip Erdogan has urged Turks living in Europe to have “not three, but five children” because “you are the future of Europe.”

He’s probably right about that. As columnist Mark Steyn likes to say, “The future belongs to those who show up for it.” And right now it’s the Muslim children who are showing up for Europe’s future. In Vienna, Birmingham, and other European cities, there are already more Muslim than Christian children.

Just to make sure that trend continues, Turkey’s Interior Minister, Suleyman Soylu, has suggested that Turkey could send 15,000 refugees a month to Europe. Meanwhile, Turkey’s Foreign Minister Mevlut Cavusoglu warned that “religion wars will soon begin in Europe,” and he cautioned that European politicians are taking the continent “to a cliff.”

Actually, Europe is not headed for a cliff; it’s already gone off it—the demographic cliff, that is. It just hasn’t hit bottom yet. The full effects of the demographic bust won’t arrive for a decade or so. That’s because the Euro-Stork brings fewer babies with each passing year. The people who were never born twenty-five years ago can’t very well make up the birth-rate deficit. And too many of the people who were lucky enough to be born aren’t passing on the good fortune.

That doesn’t apply, of course, to the European Turks, Moroccans, and Pakistanis. They’re having three children per family and, if Erdogan has his way, they’ll have five. A long time ago, Turkey was referred to as “the sick man of Europe.” Now it looks like the Europeans are the sick men of Europe, and the Turks look healthy by comparison. Unlike Europe’s childless leaders, the Turks do seem to take an interest in the future of Europe. But what they envision is an Islamic future.

After an EU ruling allowing employers to ban headscarves, Erdogan accused the EU of starting “a clash between crescent and cross.” But, as he surely realizes, no clash will be necessary. Time is on the side of the Turks, and so are the mathematics of demography. After another decade or so of demographic transformation, the aging population of Europe will be in no shape for a clash.