Do Muslims Need the Gospel? 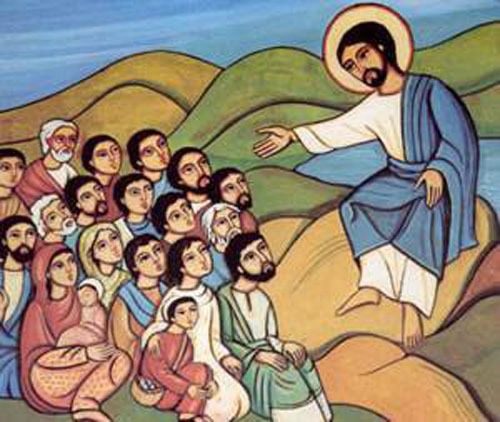 Should Catholics evangelize Muslims? Currently there doesn’t seem to be much effort in that direction. For example, a recent Pew survey shows that 23 percent of Muslims in America no longer identify with that faith, and, of those, only 9 percent convert to a different faith. The other 91 percent effectively become secular.

By the laws of probability one would expect more conversions—especially to Catholicism since it is the largest denomination in the U.S., and since, as we are constantly told, Islamic traditions are closer to those of Catholics than to those of Protestants. Are there no Catholic groups dedicated to catching these falling Muslims, no online sites to draw them in? And—the larger question—does the Church have any plans for converting Muslims? I say “plans” because there is no one-size-fits-all approach to evangelization. But there is one approach that’s almost guaranteed to yield little results. And that’s to refrain from evangelization altogether.

Surprisingly, that seems to be the Church’s current approach to Islam. In particular, various statements by Pope Francis suggest that evangelizing Muslims is not a high priority. Evangelii Gaudium, the Pope’s 2013 apostolic exhortation, does encourage evangelization, but only in a general way. Moreover, what it gives with one hand, it seems to take back with the other. On the one hand, Evangelii Gaudium urges us to spread the joy of the Gospel; on the other hand, it provides a number of reasons why we shouldn’t bother. The main problem is that Francis wants to spread the gospel of multiculturalism alongside the four gospels. He never stops talking about the richness of diversity, respect for differences, and the wisdom of other cultures. He doesn’t come out and say that there are many roads to salvation, but that is the impression he often leaves.

For example, Evangelii Gaudium leaves the strong impression that Jews shouldn’t be evangelized because “with them, we believe in the One God who acts in history,” because “God continues to work among the people of the Old Covenant,” and because “we can also share many ethical convictions and a common concern for justice and the development of peoples” (247-249).

But much the same can be said of Islam. And, indeed, on the next page of Evangelii Gaudium, Francis seems to be exempting Muslims from any need to be converted. Citing Nostra Aetate, he writes, “we must never forget that they ‘profess to hold the faith of Abraham, and together with us they adore the one, merciful God…’” He continues, “Jesus and Mary receive profound veneration and it is admirable to see how Muslims both young and old, men and women, make time for daily prayer and faithfully take part in religious services.” In addition, “They also acknowledge the need to respond to God with an ethical commitment and with mercy toward those most in need” (252). That last item is pretty much what he said about the “ethical convictions” we share with the Jews. The problem is that Muslims have many “ethical” convictions that are not shared by Christians and Jews, including the conviction that a Muslim should not make friends with Christians and Jews because they are considered inferior.

Francis concludes the section on Islam with the claim that “authentic Islam and the proper reading of the Koran are opposed to every form of violence” (253). In short, everything seems to be in order with the Islamic faith. Islam is opposed to violence; Muslims have “ethical commitments”; they have “profound veneration” for Jesus and Mary; they pray regularly, and they “adore the one merciful God.” Moreover, we can be sure that “God continues to work among [them]” as he does with all peoples (249, 254).

After reading Evangelii Gaudium’s positive assessment of Islam, one could be forgiven for concluding that the conversion of Muslims is not an urgent matter. And, indeed, there is no suggestion in the document that Muslims should be evangelized. At the most, Christians should dialogue with Muslims about their “shared beliefs” (253).

With all these “shared beliefs,” one might expect more Muslim conversions to Christianity—especially when, as the Pew survey suggests, many Muslims are dissatisfied with their faith. Muslims who have their doubts about Islam ought to be prime candidates for conversion to Christianity. Unfortunately, however, the Church’s current emphasis on its similarities with Islam is not likely to win them over. Neither will the Church’s oft-repeated proclamation of its solidarity with Islam.

Here’s why. The Muslim who is dissatisfied with his faith is not looking for another religion that is just like it. He’s looking for something better, and if he concludes that all religions are pretty much alike, he’ll settle for secularism.

Let’s consider two of the major reasons people leave Islam. The first is simple boredom. This would include Muslims who don’t connect with their faith, or who find it uninteresting when compared to the attractions of the secular world. Many of the 23 percent of U.S. Muslims who don’t identify with Islam probably belong in this category.

Others leave Islam because they reject it on principle. Typically, they live or have lived in the Muslim world, and have been subject to sharia law. They see Islam as a brutal, dehumanizing system that sanctions violence against women, children, and non-Muslims. In general, they are not interested in reforming Islam. Rather, they want to escape from it. And, because Islam has given them such a bad impression of religion, they often become atheists. Ayaan Hirsi Ali who escaped from Somalia, and eventually became a leader in the campaign to end female genital mutilation is one example. Ibn Warraq (a pseudonym), the author of Why I am Not a Muslim, is another. The title of his book was inspired by atheist philosopher Bertrand Russell’s Why I am Not a Christian.

The point is this: neither the bored-with-religion Muslim or the conscientious objector to Islam is likely to be interested in a Church which claims to be made in the same mold as the one he wants to leave. The young Muslim who doesn’t get anything out of going to mosque will reason that he also won’t get much out of a Church that touts its common ground with Islam. Likewise, the apostate Muslim who has first-hand experience of the cruelties of sharia law is not going to be attracted to a faith whose leaders proudly proclaim their solidarity with Islam.

But both groups might be interested in a faith that unapologetically presents itself as substantially different from other faiths. Christianity is one of a kind, not one of many. To his credit, and contrary to what some might expect, Pope Francis does manage to convey the extraordinary nature of the Faith in the opening sections of Evangelii Gaudium. Here are some samples:

The joy of the gospel fills the hearts and lives of all who encounter Jesus. Those who accept his offer of salvation are set free from sin, sorrow, inner emptiness and loneliness. With Christ joy is constantly born anew (1).

God constantly renew his faithful ones, whatever their age: “They shall mount up with wings like eagles, they shall run and not be weary, they shall walk and not be faint” (Is 40: 31). Christ is the “eternal Gospel” (Rev. 14: 6), he “is the same yesterday and today and forever” (Heb. 13: 8), yet his riches and beauty are inexhaustible. He is forever young and a constant source of newness. The Church never fails to be amazed at “the depth of the riches and wisdom and knowledge of God” (Rom. 11: 33) (11).

And what are we to do with this treasure?

Here we find the source and inspiration of all our efforts at evangelization. For if we have received the love which restores meaning to our lives, how can we fail to share that love with others? (8).

If we have benefited from the beauty and fullness of the Gospel, says Francis, “we have to reach out to others and seek their good” (9). “Lastly,” he writes, “we cannot forget that evangelization is first and foremost about preaching the Gospel to those who do not know Jesus Christ or who have always rejected him” (15).

But somewhere along the way, Francis’s faith in multiculturalism and the benefits of diversity creeps in and compromises the need to preach the Gospel. The multicultural idea that all religions are really very similar undercuts the uniqueness and irreplaceability of the Gospel. Much of Evangelii Gaudium is devoted to catering to the cultural sensitivities of others. As a result, one gains the impression that it might be alright to withhold the fullness of the Gospel lest others be offended. This is particularly apparent in the section on Islam. Francis says that “evangelization is first and foremost about preaching the Gospel to those who do not know Jesus Christ or who have always rejected him.” It would seem then that Muslims are very much in need of evangelization. They do not know Jesus—only the fake version of him created by Muhammad; moreover, the Koran explicitly instructs them to reject the Christian view of Christ. Yet, Evangelii Gaudium, in effect, gives Islam a pass. It seems to be sufficient that Muslims venerate the “prophet” Jesus. He’s not the real Jesus, but why quibble over minor points. This “I’m-okay-you’re-okay” approach to Islam might serve to soothe sensitivities, but it’s difficult to see how it contributes to the evangelization of Muslims.

This is not to say that there is no place for talking about similarities between Catholicism and Islam. The shared acknowledgement of the importance of Jesus, for example, could be a stepping-stone for introducing Muslims to a true knowledge of Jesus. But at some point, the radical difference between the Muslim conception of Jesus and the Christian conception of the Lord must be made. A sharing of the “good news” requires that Muslims be introduced to the Jesus who utterly transcends the pallid depiction of him in the Koran.

There is a deep conflict between the multiculturalist notion that all cultures and religions are roughly equal, and Christ’s command to his apostles, “Go therefore and make disciples of all nations, baptizing them in the name of the Father and of the Son and of the Holy Spirit…” (Matt. 28: 19). For all its inspirational uplift, Evangelii Gaudium does not really resolve this conflict, and it may even exacerbate it. At some point soon, Church leaders need to decide if “teach all nations” includes Muslim nations.

In the meantime, while bishops ponder whether they really want to try to convert Muslims, there can be little doubt that Muslims have no qualms about converting Catholics and other Christians. Indeed, the Pew survey shows that as many people convert to Islam in the U.S. as leave it. And the vast majority of those are Christians. That shouldn’t be surprising, of course. Historically, Islam has spread by conquest and conversion. Many lands around the Mediterranean that were once 90 to 100 percent Christian are now 90 to 100 percent Muslim. “In principle,” observes the Reverend James Schall, S.J., “Islam itself sees the solution to the modern project as the conversion of the world to Allah. This aim is a powerful motivation. It inspires millions to take whatever steps are needed to achieve it including war and terror.” He continues, “From a betting angle based on today’s estimates, the conversion of the world to Islam is, in the long run, more likely than its conversion to Christianity.”

With that in mind, Catholic leaders need to reconsider the current approach of evangelizing by refraining from evangelizing. Maybe they should take a second look at the “make-disciples-of-all-nations” approach.

This article originally appeared in the May 17, 2018 edition of Crisis.