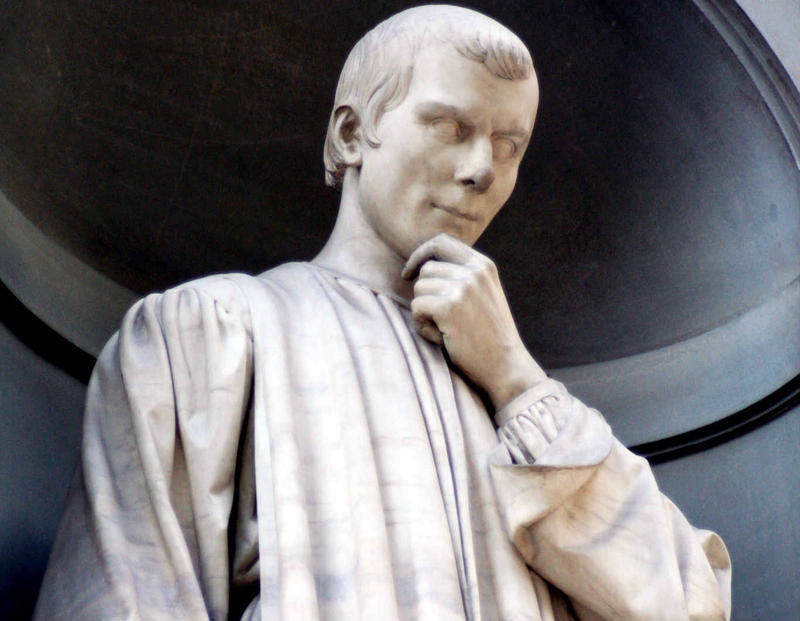 “Cometh the hour, cometh the man.” The saying means that a time of crisis invariably brings forth the man to meet the challenge.

Well, the hour is here, but where’s the man? That’s what many Catholics must be wondering. The Church is in the midst of what may be the worst crisis of its existence, yet the man of the hour is nowhere in sight. The pope and the men around him—the ones we would ordinarily expect to lead us out of the crisis—are the ones who have led us into it. By all appearances they are not up to the challenge. They are over their heads in the mess they have helped to create.

Perhaps the distinguishing characteristic of the men who now lead the Church is a lack of seriousness. Because they are not serious men, many if not most of them do not even comprehend the seriousness of the current situation. Although they make statements expressing regret over past mistakes, they blithely continue on the course that has led to the “mistakes.”

One small indication of this unwillingness to make the necessary course correction was the recent rainbow cross incident. At the time that the Youth Synod was still in progress, photos appeared of the Pope wearing a rainbow-colored cross around his neck. Other bishops in the photos are wearing “pride” crosses as well. The official explanation was that the rainbow cross was developed by the Conference of Latin American Bishops to represent the diverse regions within its ministry. Others, however, interpreted the incident as a sly endorsement of the LGBT agenda. If this were a stand-alone incident, we could accept the official explanation and leave it at that. But in the context of Francis’s numerous other ambiguous gestures and statements, and given the many fears that the Youth Synod was being used to further the LGBT agenda in the Church, the photo-op with the rainbow crosses showed extremely poor judgment.

The bloggers at Creative Minority Report put the matter succinctly:

Whether the gesture was meant as a joke at the expense of “fundamentalist” Catholics, or whether it was simply an innocent error of judgment, it does betray a lack of seriousness. Many Catholics feel that it was precisely this kind of uncritical openness to diversity that led to the current crisis in the first place. The rainbow cross affair showed little appreciation for their concerns.

This is not to say that Pope Francis and his inner circle don’t have a serious side. They are very serious about acquiring and maintaining power. And they are dead serious about pushing ahead with their radical program. Although Pope Francis presents himself as a humble man who is patiently waiting for the Spirit to send him directions, others suggest that he has an ambitious predetermined agenda.

As Archbishop Victor Manuel Fernandez, the pope’s friend and ghostwriter, and author of Heal Me With Your Mouth: The Art of Kissing, remarked in 2015, “He knows very well what he is doing”:

The slow pace is necessary to insure the effectiveness of the changes… You have to realize that he is aiming at reform that is irreversible. If one day he should sense that he is running out of time and doesn’t have enough time to do what the spirit is asking him, you can be sure he will speed up.

The surest sign that Pope Francis knows exactly what he is doing is that not only has he surrounded himself with men who appear to be morally compromised, but he continues to appoint them to key positions even after they have been credibly implicated in cover-ups. For example, there are widespread reports that Francis wants to name Cardinal Joseph Tobin to replace Cardinal Donald Wuerl as Archbishop of Washington, DC. To some minds, this would be like replacing Tweedledum with Tweedledee. According to Archbishop Viganò’s statement, Tobin’s appointment as Archbishop of Newark was “orchestrated” by Wuerl, McCarrick, and Maradiaga. In addition, Tobin is strongly pro-LGBT. A New Jersey Monthly piece congratulates him for “flinging open the doors of Newark’s Cathedral Basilica of the Sacred Heart to the LGBT community.”

However, this talent for political maneuvering doesn’t mean that the “reformers” have thought through all the combinations and permutations. It’s quite possible to combine a Machiavellian instinct for strategy with an adolescent naïveté regarding the limits of reality. The pope’s men know what they want but seem to have little idea of what will happen when they get it.

I’m speaking here not only of the ill-advised rush on the part of some to embrace the LGBT agenda but, also, of the ill-advised welcome Church leaders have extended to Islam and to Muslim migrants. Church leaders haven’t thought through the consequences of their solicitude for these two favored “victim” groups. Nor have they bothered to imagine what will happen when these two cultures begin to share the same space. Here’s a recent headline that captures the problem:

Berlin Sees Rise in Homophobic Attacks with Nearly All Committed by Migrant-Background Men.

Would anyone care to guess which religious background those migrant-background men share? If the bishops are so deeply concerned about prejudice toward homosexuals, why are they so eager to welcome cultures that persecute homosexuals? Don’t they know about Islam’s harsh treatment of gays?

Pope Francis and the bishops who support him most enthusiastically are a strange breed. On the one hand, they employ devious Machiavellian tactics to get what they want; on the other hand, they seem oblivious to the consequences of getting what they want. Perhaps the rainbow crosses are appropriate after all. When it comes to contemplating the actual effects of their policies, the bishops prefer to indulge in over-the-rainbow wishful thinking. Mentally, they live in a land “where troubles melt like lemon drops” and “the dreams that you dare to dream really do come true.” Pope Francis, for instance, has often expressed the magical belief that “encounters between cultures” will dissolve whatever frictions exist between Europeans and the Muslim migrants.

Although the “reformers” who now wield power in the Vatican are serious in the sense of seriously seeking and maintaining power, they are not intellectually or spiritually serious. At a time when the Church faces an unprecedented combination of internal and external threats to its existence, they want us to focus on matters peripheral to the Church such as climate change and environmental waste.

At a time when Islam has renewed its quest for world conquest, Church leaders continue to deny the aggressive nature of Islam. In some ways their behavior is similar to Holocaust denial, but the closest analogy is pre-war Europe’s denial of Hitler’s deadly intentions—a denial that made the Holocaust possible.

At a time when family life has been shattered as a result of too much experimentation, some key figures in the Church seem to think that now is the time to experiment with new family forms. Moreover, at a time when rigid fundamentalist Catholics are as rare as palm trees in Siberia, Pope Francis’s greatest ire is reserved for rigid fundamentalist Catholics. Our disordered world is coming apart at the seams, and the pontiff thinks the solution is to “make a mess.”

In a nutshell, Church leaders have responded to our dangerous times with sixties-era go-with-the-flow bromides about openness and encounter. They ask us to be open to the promptings of the Spirit, but it often seems that the only spirit they follow is the spirit of the times.

Ironically, these men, who are so keen on keeping up with the times, seem incapable of reading the ominous signs of the time. If ever there were a time for girding the loins and putting on the armor of God, this is it. Instead, the “accompanists” and “listeners” have decided that now is the time for Catholics to loosen up, and for the youth to immerse themselves in self-absorbed identity seeking. They talk incessantly about the importance of speaking to young people in their own language, yet the documents they have produced for the Youth Synod are full of turgid psychobabble of a kind that is long past its sell-by date.

Many of the men who now lead the Church are seriously out of touch with the times. They seem to have forgotten the adage that “he who marries the spirit of the times is soon a widower.” Because they misjudge the times, they think they can afford to concentrate on secondary concerns such as straws in the ocean, and the accompanying of young people as they choose from the 57 or so varieties of gender now available.

Of course, the willingness to indulge people in the latter pursuit betrays a willingness to ignore one of the most basic facts of existence—the “rigid” division of the human race into male and female. This over-the-rainbow quality of the progressives’ thinking also explains their penchant for fairy-tale narratives regarding the nature and goals of Islam.

For want of a better term, let’s label this preference for the unrealistic and the unattainable as “the unbearable lightness of being a progressive Catholic.” At the root of the progressives’ unserious approach to life is a lack of appreciation for the serious nature of the Christian faith. At the heart of the faith lie very serious matters—sin, salvation, death, judgment, heaven and hell. The central event in the Christian story is Christ’s sacrifice on the cross in atonement for our sins. If sin were not a profoundly serious matter, his redemptive death would not have been necessary. For that matter, the Church itself would not be necessary.

But with all their talk about the harshness of absolutist morality and their understanding of commandments as “ideals” which are beyond the reach of most people, one gets the impression that many of the pope’s men don’t take sin seriously. They seem to look upon God less as our Creator and Judge, and more as an indulgent father who winks at his children’s prankish misdeeds.

Indeed, it may be that they consider most, if not all, sins to be venial. They have undoubtedly done good things in their lives, and perhaps they are sure that their non-judgmental God will overlook their “peccadillos” and “foibles” for the sake of the good they have done. In short, they seem to have a diminished sense of sin, salvation, and damnation. And this may be why they take such an unserious view of our current very serious situation.

Do these “reformers” seek to destroy the Church? Perhaps some do. But it’s quite likely that others seek only to renovate it in order to make it a more comfortable place for themselves and others. The irony is that, in trying to make the Church palatable to everyone’s tastes, they only make it more irrelevant. Those whom they are trying to reach will not conclude that the Church is a wonderful place, but that it is an unnecessary place. For if sin is a minor matter, there is no need for the Church and the graces it confers.

This article originally appeared in the November 6, 2018 edition of Crisis