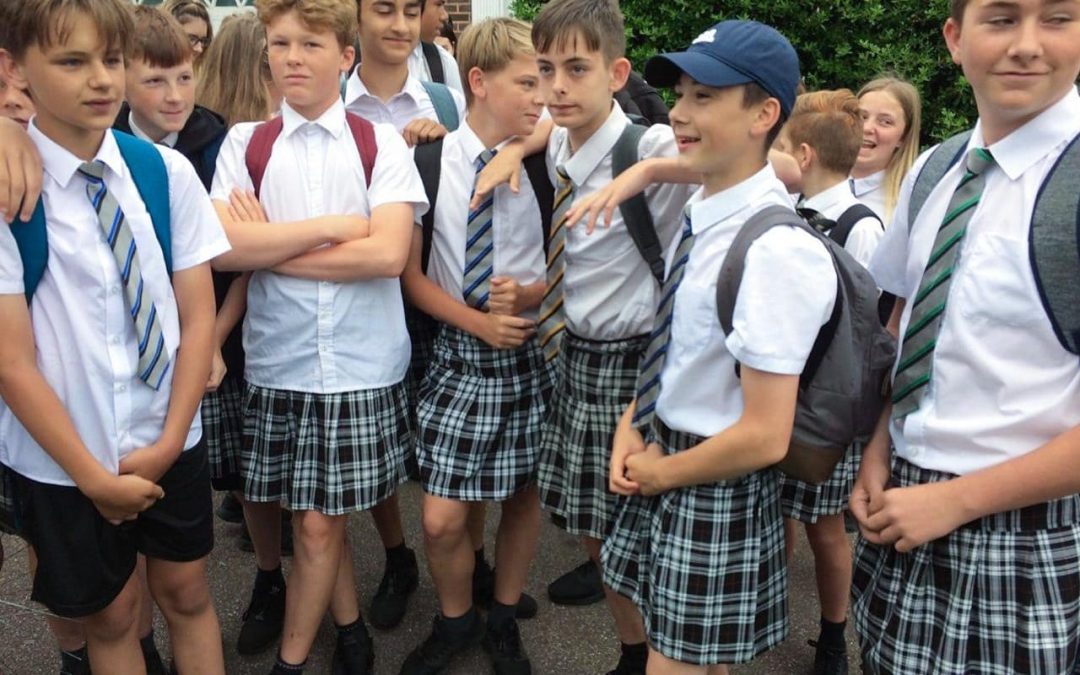 It might seem odd to classify gender theory as a national security threat. After all, if a woman feels she was meant to be a man, there seems to be no reason why her personal desires should have any impact on national policy.

But, as you’re no doubt aware, gender theorists want to make it a national issue.  They want to challenge all the assumptions about masculinity and femininity upon which a great many social arrangements are based. And they want your children to be indoctrinated in the latest gender fads as soon as they enter school. According to Get Out Now, a new book on public schools, “most school districts across the country have embraced gender ideology.” Thus, in one Minnesota kindergarten, children were introduced to the concept of gender fluidity by listening to a reading of My Princess Boy. Not to be outdone, a California kindergarten teacher read her students I am Jazz—a book about a boy becoming a girl.

G.K. Chesterton observed that “it ought to be the oldest things that are taught to the youngest people.” In other words, children should be first exposed to the time-tested ideas and facts that we’re most sure of. But in today’s educational wonderland, Chesterton’s formula has been turned on its head. These days, educators feel they have a mandate to introduce the most novel and untested theories to the youngest people.

One of the fashionable new theories is that traditional expressions of masculinity, such as roughhousing among boys, are “toxic” and ought to be eliminated. But whatever the dangers posed to society by masculine aggression, a greater danger arises when men lack the instinct to resist aggression.

Here’s where the national security threat comes in. If there ever was a time when males in Western societies needed to be unconfused about their gender, this is it. We’re surrounded by enemies and potential enemies who are unapologetic about their gender identity and are quite prepared to rule over those weaker cultures that prefer appeasement to confrontation.

Islam, which is a hypermasculine religion, is the world’s fastest growing religion.  Indeed its appeal to basic masculine psychology is one of the chief reasons for its success. In military-like summer camps across the Islamic world, young boys are taught who their enemies are, and they are taught survival skills, hand-to-hand combat, and weapons use. Along with developing fighting skills, the boys also develop a sense of camaraderie and even brotherhood. And, because the training includes religious study, they often acquire a sense of transcendent purpose. Because this type of life—let’s call it “purpose-driven strife”—is highly appealing to many young men, the jihad doesn’t have a recruitment problem.

Such an education obviously has the potential for creating a warped sense of masculinity. But it’s worth recalling that in former days the elite English schools sought to develop masculine virtues in boys through a combination of chapel, study, and competitive sports. It was thought that by channeling natural masculine drives boys would be better prepared for the battles of life as well as actual battles. The Battle of Waterloo was famously said to have been won on the playing fields of Eton.

The question for today is how should men in Western societies—many of whom have been taught to seek safe spaces when their ideas are challenged—respond when faced with truly toxic masculinity?

By displaying their feminine side? By wearing short skirts? Believe it or not, that’s exactly how a few hundred Dutch men responded to the 1,200 sexual assaults by Muslim migrants that took place in Cologne, Germany, on New Year’s Eve, 2015. To show their solidarity with the assault victims, the men marched through the streets of Amsterdam wearing short skirts.

Unless you have a graduate degree in gender studies, you’ll realize that the short skirts parade is an inadequate response to what happened in Cologne. It doesn’t send the message “we mean business”; instead, it sends the message “you don’t needs to take us seriously.” Indeed, such a confused and feeble gesture only serves to further embolden those men who already think of infidel women as “easy meat.”

Sadly, the emasculation of much of Western society has been matched by a similar trend in the Church. In his 1999 book The Church Impotent:  The Feminization of Christianity, Leon Podles noted that women were significantly more involved in Church activities than men. More importantly, he observed that Christian churches seemed to have lost the masculine spirit that inspired the men commissioned by Jesus to spread the Gospel even in the face of persecution and martyrdom. Podles claimed that one of the chief reasons that mainline churches were losing membership is that young men considered church attendance to be unmanly.

The situation is worse today than the one Podles described twenty years ago. Some Christian schools, including Catholic schools, are submitting to parts of the LGBT agenda, and some churches now fly the rainbow flag. Although the hijab is widely understood to be a symbol of female submission, several Catholic colleges celebrate International Hijab Day to show their solidarity with Muslim women—a gesture which in its own way is just as misguided as Dutch men marching in skirts. We are even seeing signs of excessive deference from popes: John Paul II kissed a Koran and Francis kissed the feet of Muslim migrants. However these gestures may have been intended, they were certainly seen as signs of submission in large parts of the Muslim world. Pope Francis’s decision to allow Chinese bishops to be chosen by the Chinese government has also been seen by many as a sign of surrender.

More seriously, Church leaders have turned a blind eye to the widespread persecution of Christians. Although Christianity is the most persecuted religion in the world, and although it faces extinction in the Middle East, the Vatican has done little to respond to the crisis. Some suggest that our shepherds remain quiet in order not to provoke further aggression. Others suggest that they don’t want to say anything that might jeopardize the Catholic-Muslim dialogue on which they have pinned high hopes. Whatever reluctance Church leaders show in coming to the aid of Christians, they have no hesitancy in coming to the defense of Islam. Judging by their frequent condemnation of “Islamophobia,” one could conclude that they consider criticism of Islam a more serious crime than the murder of Christians.

To men of previous generations, such behavior would have seemed irresponsibly passive. And it seems so to many men and women today—particularly to parents who have families to raise and protect. They sense that the persecution of Christian communities and the abduction and enslavement of Christian girls ought to evoke a stronger response than “Hush! You might offend them.”

It doesn’t help matters that in two of the most important recent Church gatherings—the World Meeting of Families in Dublin and the Youth Synod in Rome—Church leaders showed an unusual solicitude for LGBT individuals and families while paying scant attention to families of the mother-father-and-children sort.

And it certainly doesn’t help that the Church is embroiled in another sex-abuse scandal. The stories about wayward priests and indulgent bishops will only serve to convince many that the priesthood is not a manly vocation. Yet instead of taking decisive action to change course, many of our bishops prefer to continue down the path of therapeutic accompaniment. A number of influential prelates now seem to view the Church primarily as a nonjudgmental group therapy institute for the working out of sexual and emotional problems. This also detracts from the sense of masculine mission that once attracted young men to the Church. Instead of urging us to get outside ourselves in order to convert the world to Christ, today’s priest counselors seem to be urging us in the direction of self-absorbed navel-gazing.

In a hundred different ways, Church leaders are sending out the same message as the Dutch men in skirts—namely, “you don’t need to take us seriously.”

Meanwhile, because men still have a religious impulse and also a need to establish their masculinity, we can expect more conversions to Islam. As I have pointed out elsewhere, Islam has a serious masculinity problem of its own, but on a superficial level it seems to fit with basic masculine psychology. Islam lacks a sense of the Fatherhood of God and, as a result, it lacks the sense that masculine maturity has more to do with family and fatherhood than with conquests on the battlefield or in the bedroom. However, since many elements of Islam do mesh with a boy’s or young man’s immature conception of masculinity, it remains attractive to many. For one thing, young men like to be on the winning side and, increasingly, Islam looks to be the winning side. As Osama bin Laden observed, “When people see a strong horse and a weak horse, they naturally gravitate toward the strong horse.”

As long as Western societies continue to sow confusion about masculinity and femininity, the gravitation toward Islam will continue, and our security will be further endangered. Our society’s frivolous experimentation with gender fluidity is a very dangerous game.

This article originally appeared in the February 8, 2019 edition of Crisis.