An Imaginary Interview with Pope Francis 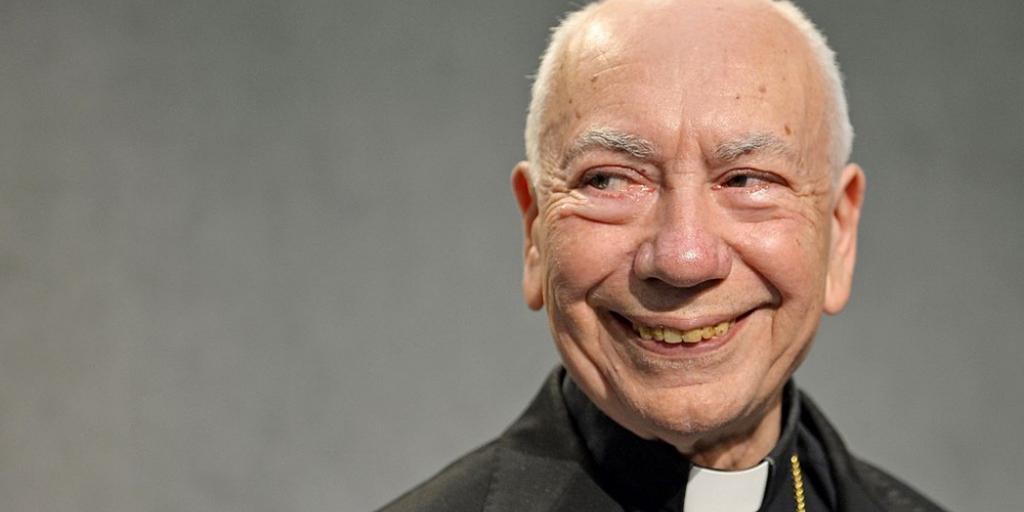 As he has often done before, Pope Francis recently rebuked “rigid” Catholics who live in the past and are therefore unable to offer “solutions to the crisis of today.”

In an imaginary interview, I asked Francis to expand on this and other matters.

WK:  Some people say that your election was invalid. Are you really the pope?

PF:  I see that you are trying to trap me.  When the pharisees tried to trap Jesus, he would often reply with a question.  And so, I will answer with a question: “Is the pope Catholic?”

WK:  Hmm. That is certainly food for thought. I will chew on it. In the meantime, I have another question.  In what direction should the Church move in order to meet the challenges of our time?

PF:  The Church must always be in dialogue with the spirit of the times.  And this often requires a willingness to sacrifice the certainties of the past in order to change and grow toward the future.  As Jesus said, “Unless the old Church dies and is buried in the earth, the new Church cannot be born.”

For example, when Jesus speaks of being “buried in the earth,” it is a clear indication of the direction we must take.  In order for the Church to grow, it must be rooted in the soil.  Therefore, the Church is not only our Mother, she is our Earth-Mother.  That is why we must turn to Pachamama, the earth goddess, for sustenance.  Capiche?

WK:  But don’t you contradict yourself here?  On the one hand, you criticize “rigid” Catholics for clinging to old traditions, but, on the other hand, you encourage the veneration of Pachamama, a cult that has its origins in pre-historic times

WK:  So, some old traditions are still valid?

PF:  I criticize only “rigid” traditions of the near past.  These are bad.  But very old forms of worship are good.  Why?  Because they bring us closer to the primitive state when men lived in close communion with God and nature in jungle gardens.  The earth was young then and people were more innocent.  They were naked and felt no shame.

This is a concept that is difficult for you Americans to understand.  Perhaps that is because of your Puritan heritage.  Here in Italy, we celebrate the naked body in sculpture and in painting. In this regard I think of the marvelous nudes that decorate the wall of Cardinal Paglia’s cathedral. He had himself painted into the mural, you know. This is a great lesson in un-self-consciousness—something we must all strive for. In America, you call such pictures “earthy,” but the earth is good.  And if the earth is good, so is earthiness.  I myself often use earthy language. It comes naturally to me.  Is that wrong?  Who am I to judge?

WK:  Your unofficial motto is “make a mess.”  Is there any basis for this in scripture?

Do I make myself clear? Possibly not.  That is because it is sometimes better to make things murky.  In that way more souls are saved.  How so? Let me explain. If the line between good and evil is muddied over then fewer people will sin.  One can’t be held accountable for a sin if he doesn’t know it’s a sin.  Comprende? If there is no consciousness of sin, there is no sin.

WK:  I’m not sure I understand. Can you expand on your theology of innocent sinfulness?

WK:  This seems to tie in with something you said in your interview with Dominique Wolton.  You said, “The least serious sins are the sins of the flesh.”  But sexual sins sometimes lead to abortion which, you will admit, is a serious sin.

PF:  This is true. We must not fall into the error of thinking that all sins are to be taken lightly.  Abortion is a grave sin.  It is very bad.  As I have said, it is like hiring a hit man to snuff out a life.

Yes, it is very bad.  That is why I invite so many of these hit men and women to speak at Vatican conferences.  My hope is that they can help us to better understand their perspective and thus broaden our own.

That is the beauty of the dialogue, or the “dialectic” as Hegel called it.  First you have the thesis, then the antithesis, and then the synthesis.  We can then arrive at a compromise which is, after all, the aim of the Christian life. N’est-ce pas?  As the ancients teach us, half a loaf is better than none.  This is the point the rigid ones do not understand.  They want the whole loaf.  They do not understand the wisdom of Solomon who teaches us that sometimes the best solution is to divide the loaf evenly among all parties.  That is the pastoral approach.

WK:  On that note, what is your response to those American bishops who want to withhold the Eucharist from Catholic politicians who promote abortion?

PF:  Ah, the Americans!  They are always in a hurry. But these things take time—maybe 50 years, maybe 100. I often discuss these matters with my good friend Giovanni Biden.  Presidente Biden also favors the pastoral approach.  In fact, we see eye-to-eye on many things.  For example, he also believes in making a mess.  And at this he is very accomplished.  He has made in Washington almost as big a mess as I have made in Rome.

Perhaps this is because he, like I, has the child’s innocent way of looking at the world.  I love to forgive the playful antics of Cardinal Coccopalmerio (who I fondly refer to as “Coco Loco”), and Giovanni in his innocent way loves to sniff the perfumed hair of little girls. And what could be more childlike and innocent than to swim naked in the White House pool? Such beautiful un-self-consciousness! Many say that he has entered his “second childhood” which, I believe, is a compliment in your language.  It is akin to the admonition of Jesus to become as a little child. No?

WK:  Jesus also said that the road to salvation is narrow.

PF:  Si, but he was speaking metaphorically.  We know from scripture that God desires that all men be saved.  Consequently, we are doing all that we can to widen the road to heaven, and, perhaps, to provide a regular shuttle service (available only to the vaccinated, of course).

WK:  That brings me to my final question.  Do you believe that Covid vaccinations should be mandatory?

PF:  “Mandatory” is a harsh word.  Let us just say “compulsory”.  The mass of people are like little children.  They are not wise enough to make such a decision for themselves.  My friends in China have convinced me of this.  Let the little children play, and do not burden them with such choices.

WK:  Thank you for taking the time to clarify all these issues for our readers.