A Hostile Takeover of the Catholic Church? 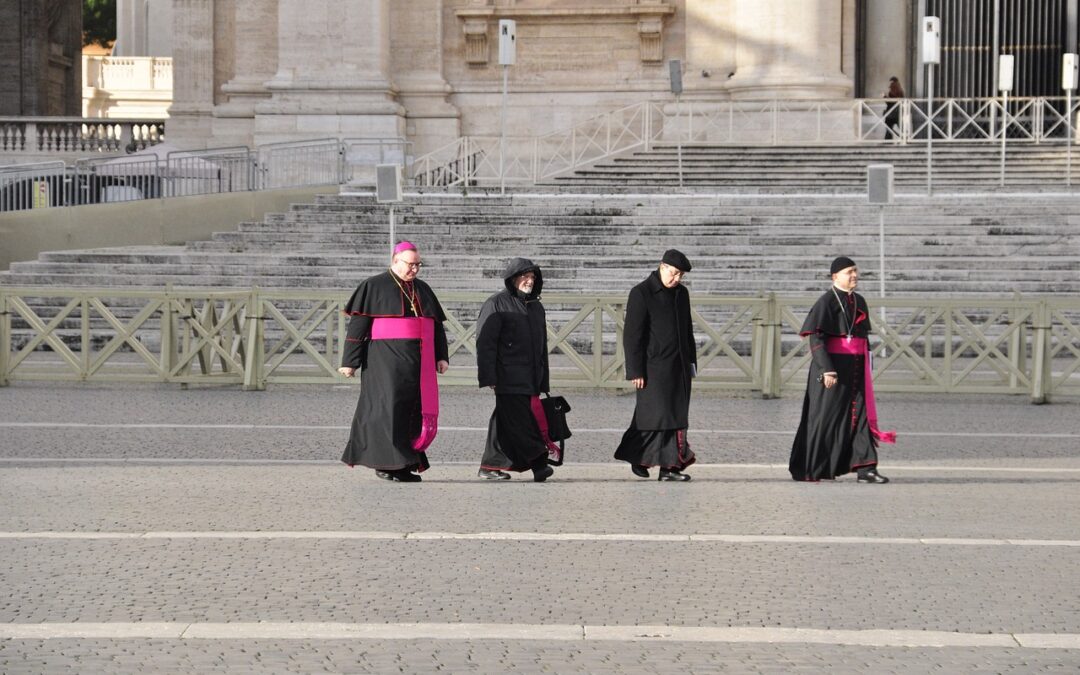 Does the Synod have a sinister purpose?

In a recent interview on EWTN’s The World Over, Cardinal Gerhard Muller, the former head of the Congregation for the Doctrine of the Faith, warned that the Synod on Synodality was engaged in a “hostile takeover of the Church.”

If you’re not sure what “synodality “means, don’t feel bad, very few know what the Synod of Synodality is all about.  As best as I can tell, it’s a multi-year process consisting of numerous meetings and consultations which will culminate in the Synod of Bishops next year in Rome.  It has to do with “walking together,” listening to one another, and gathering opinions from the faithful and not-so-faithful.

They haven’t gotten around yet to asking my opinion, so I’ll offer it here in case they never do.

My opinion?  I agree with Cardinal Muller that the Synod is intended to be a “hostile takeover” of the Church.  The first giveaway is the vagueness of it all.  It’s about “listening to the Holy Spirit,” “listening to everybody,” and “not excluding anyone.” It’s the kind of language an HR department uses when it wants employees to think that their opinions are highly valued.

When the Synodal leaders do get more explicit, it only reinforces Cardinal Muller’s charge of a takeover.  In speaking of divorced and remarried Catholics receiving Communion, or same-sex couples receiving a blessing, Cardinal Mario Grech, the Secretary General of the Synod of Bishops, said they should be listened to because “this [might] be an opportunity for the Church to listen to the Holy Spirit speaking through them also.”

Cardinal Jean-Claude Hollerich, the Realtor General for the Synod (i.e., the man in charge) seems to already know what the Holy Spirit will say about these issues.  Earlier this year, he said that the Church’s teaching on homosexuality is “no longer correct.”  “It’s about time,” he said, “we did a fundamental revision of the doctrine here.”

Of course, if the Synod can revise one doctrine, what’s to prevent it from revising a few more?  Or even two dozen?  There are all sorts of pressure groups within the Church who favor changes to doctrine—changes that will make them feel more comfortable, but may cause enormous damage to the Church.

To get an idea of how the synodal way will likely proceed, it’s useful to consider an example of another “hostile takeover.”

About five years ago, I wrote a piece about the “hijacking” of the Catholic-Muslim dialogue in America by Islamists.  Perhaps “hijacking” was too strong a word.  “Influence operation” might have been more accurate.  In any event, the initial goal of the dialogue—to learn more about each other’s religion—shifted, in the words of one Catholic official, to “advocacy” for Muslims.

Thus, Anthony Cirelli, associate director of the USCCB’s Secretariat for Ecumenical and Interreligious Affairs told Catholic News Service that “there is an “urgency to engage more in a kind of advocacy and policy in support of the Muslim community.”  He added that U.S. bishops are “coming to stand with our Muslim colleagues…in trying to change the negative narrative surrounding Muslims in our popular media.”

In short, instead of Catholics learning more about Islam, the aim of the dialogues shifted to Catholics helping Muslims to improve their image.  The “urgency” was not to understand Islam, but to “stand with our Muslim colleagues…”  Against what?  Against a supposed tsunami of “Islamophobia.”

But there was very little evidence of any real Islamophobia.  Much of the data on anti-Muslim attacks was based on false reports.  Moreover, Muslim-on-Muslim attacks (which are relatively frequent) were counted as instances of “Islamophobia.”  And the media, far from pushing a false negative narrative about Islam, had instead painted a false positive image—namely, that Islam is a “religion of peace” that has “nothing to do with violence.”  If the media was guilty of anything, it was guilty of covering up the massive scale of global Islamic terror attacks.

Nevertheless, Catholic leaders in America and elsewhere fell for the “Islamophobia” scam, and they threw money and resources into the anti-Islamophobia campaign—a campaign that was already well-funded by Arab Gulf States.

It would be a mistake, however, to conclude that Catholic dialoguers had been innocent victims.  For most of them, the “Islamophobia” narrative was the narrative that they wanted to believe.  It fit nicely into the Catholic narrative about Islam that had developed in the wake of Vatican II—namely, that Islam was a fellow Abrahamic religion that shared much in common with Catholicism, especially a desire for peace.

This focus on shared beliefs provided two main benefits to the Catholic dialogue participants.  First, it allowed them to avoid the unpleasant business of discussing major theological differences with Muslims and, second, it gave them an opportunity to signal their virtues.

If Muslims could be portrayed as victims of Islamophobia, then Catholic prelates who “stand with our Muslim colleagues” could portray themselves as protectors of the victims—older brothers who would defend their younger siblings from the bullies of the world.  As Bishop (now Cardinal) Robert Mc Elroy said at one USCCB dialogue event, Catholics need to take up the fight against “the scourge of anti-Islamic prejudice.”

However, as anyone who is acquainted with recent history ought to know, Islam is hardly a defenseless younger brother.  The number of Muslims in the world dwarfs the number of Catholics.  And Islam is far more a victimizer than a victim.  Anyone who doubts this ought to consult Raymond Ibrahim’s detailed record of the persecution of non-Muslims by Muslims in recent years.  Yet, despite this abundant evidence, Catholic bishops seem more interested in protecting Muslims from imaginary crimes than in protecting Christians from real crimes at the hands of Muslims.

I bring up the “hijacking” of the Catholic-Muslim dialogue because what Cardinal Muller calls the “hostile takeover” of the Church by the Synod of Synodality seems to be proceeding by the same method.  The Synod organizers are not interested in debating the merits of new movements within the Church, but rather of presenting various dissenting groups as “victims” who deserve justice.

In other words, the aim is not to discuss the pros and cons of women priests or same-sex unions or the LGBT agenda but to convince ordinary Catholics that they must stand with their “persecuted” and “powerless” younger brothers and sisters in Christ.

So just as bishops have come to believe that they have a mission to protect Muslims from “Islamophobes,” they also believe they have a mission to protect dissenting minorities in the Church from “homophobes,” “transphobes,” and every other type of “progressivephobe” (a word which in all probability will soon be added to the lexicon). Moreover, the 24/7 focus on the needs and grievances of these supposed victims deflects attention away from the harm they do to Church and society

As in the case of Muslim “victims” of Islamophobia, these “excluded “groups are presented as beleaguered and powerless minorities when, in fact, they wield considerable power.  As is well-known, Pope Francis has stacked the College of Cardinals with progressive prelates who share his own agenda.  Moreover, many, if not most, of the top positions in the Vatican are currently held by pro-LGBT and pro-communion-for-everyone cardinals and bishops. It is they, not Cardinal Muller and the handful of other conservative prelates, who are calling the shots.

In this regard, traditional Catholics need to learn a lesson from current political realities in America.  In the wake of Joe Biden’s presidential victory, it turned out that the deep state bureaucracy and the Democratic machine had amassed far more power and control over American society than any, except for a few, had imagined.  The “hijacking” of America was much further advanced than most had supposed.

Likewise, traditional Catholics should not be surprised when they discover that the “deep Church” of the dissenters wields far more power than they had thought possible.

They also should not be surprised to discover that the supposed “victims” of the Church’s “exclusivity” will turn out to be victimizers.  The main victim of the “hostile takeover” will be the Church itself and the gospel revelation entrusted to it.  The next set of victims will be all those Christians who have come to rely on that revelation for hope and guidance.

A recent piece in the National Catholic Register puts the matter bluntly: “Some faithful German Catholics are already talking, not of the synodal way, but the suicidal way.”

According to some Catholic officials, the word “synod” derives from two Greek words meaning “to walk together” or “walking together.”  Unless it makes a sharp course correction, the current Synod on Synodality may be more accurately described as “walking together over the cliff.”

This article originally appeared in the October 17, 2022 edition of Front Page.